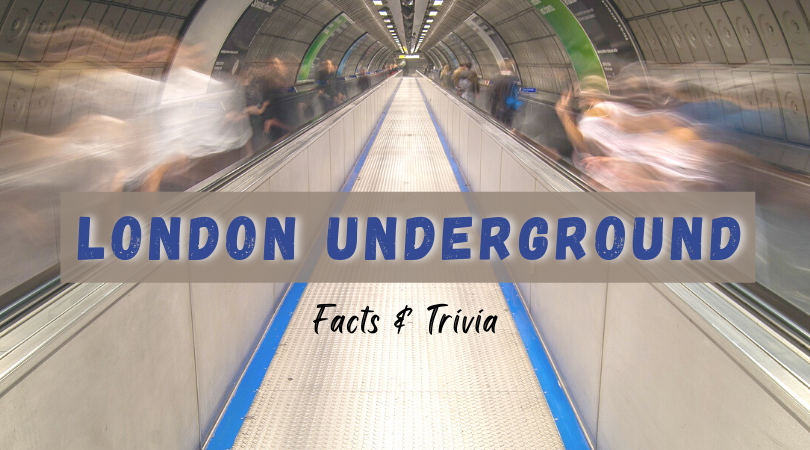 Whether you’re curious about London’s history or want to brush up on your London trivia for the next pub quiz, these facts will make you go “wow”.

30 Fun and Crazy Facts about the London Underground

The London Underground dates back to 1863

More than 1 billion journeys are made per year

That’s a huge amount of people using the Underground every year! In fact, there’s more than 5 million journeys made every day.

The majority of the Underground is not underground

There are 270 stations on the Underground but only 45% of them are actually underground. 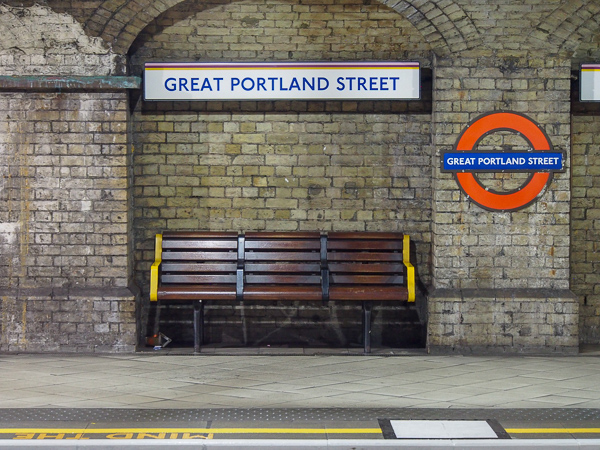 The average train speed is 20.5 miles per hour

Of course, each journey is different depending on the route. Trains in central London move more slowly as they are deeper underground and stations are closer together.

The fastest train reaches speeds of over 60 miles per hour

Not only is the Metropolitan line the oldest line, it’s also the fastest. At the northern tip of the line ,around Chesham and Amsersham, trains reach a top speed of 62mph.

The iconic map was inspired by a circuit board

Designed by Harry Beck, the classic tube map was once considered too radical. Rather than emphasising distance accurately like other maps, Beck was inspired by a circuit board and created a diagram of coloured, criss crossing lines. 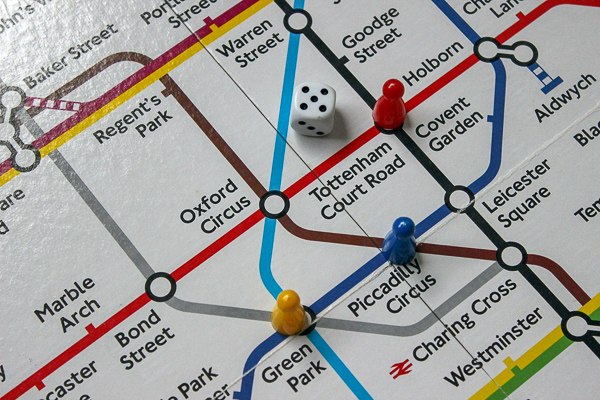 Queen Elizabeth II was the first royal to take the tube

In 1969, Queen Elizabeth II became the first royal to take the tube when she opened the Victoria Line. She has actually taken the tube a few times. She had a front seat on the DLR when it opened in 1987 and rode the tube again in 2013 to mark the 150th anniversary of the London Underground.

Part of the Underground track is hidden by a fake house

When the district line opened in 1868, 23-24 Leinster Gardens had to be demolished so the trains could realise steam. The neighbours of the high end area were not happy about the gap left in the street, so a facade was made to match the rest of the terrace houses. 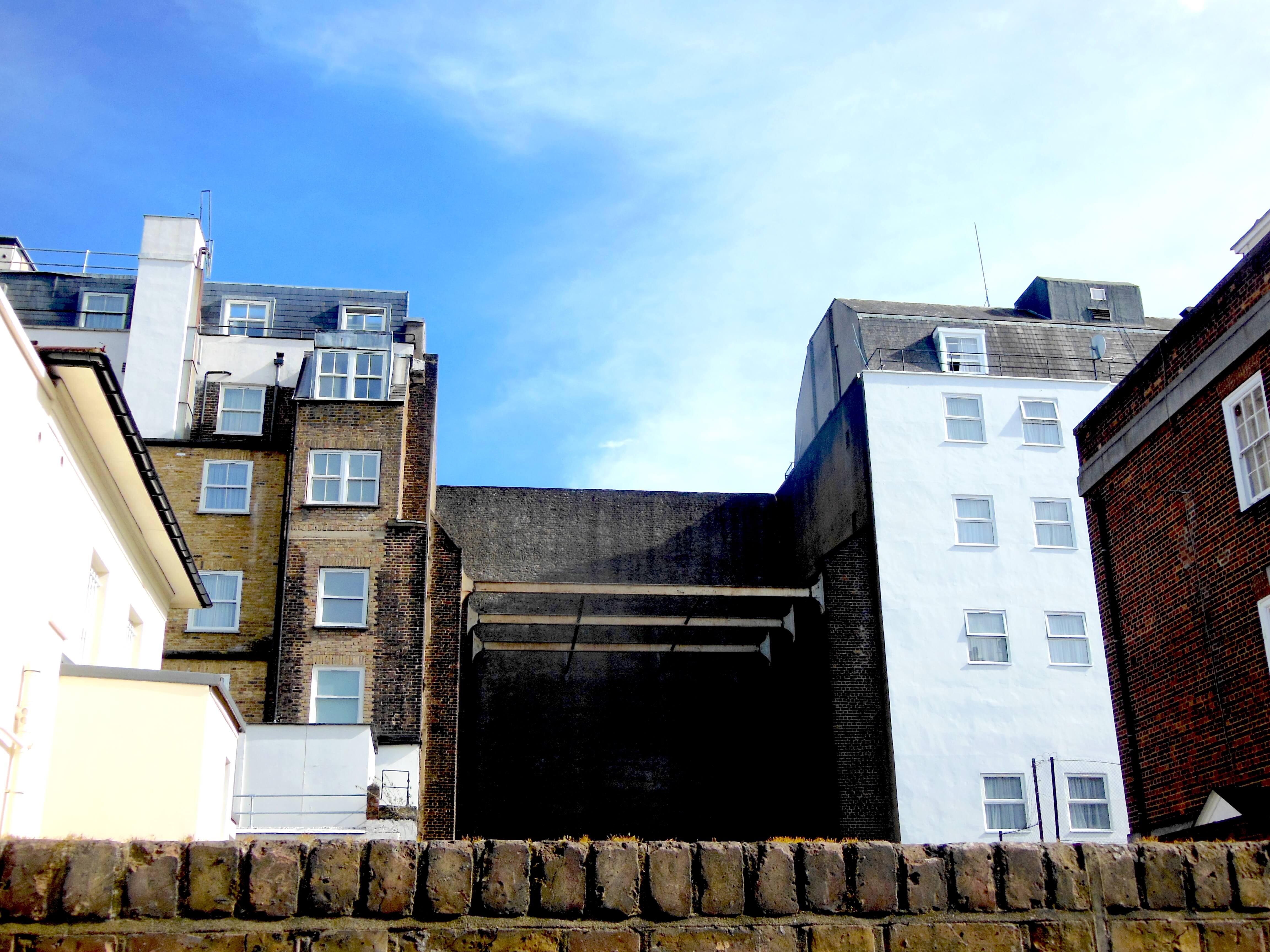 The shortest distance between two adjacent stations is only 260 metres

The distance between Covent Garden and Leicester Square on the Piccadilly Line is only 260 metres and takes just less than 30 seconds. Despite this, it is still a popular journey amongst visitors.

The longest distance between two adjacent stations is 6.3 kilometres

On the Metropolitan Line is where you’ll find the stations furthest apart. The distance between Chalfont & Latimer and Chesham is 6.3km (3.9 miles).

The first escalator was installed at Earl’s Court in 1911

The public were so scared of the moving staircase, not trusting its safety. It is believed that a man with a wooden leg named William ‘Bumper’ Harris was hired to ride the escalator all day to prove its safety. There are some doubts to whether this is true but the London Transport Museum does have a tiny statue of him. 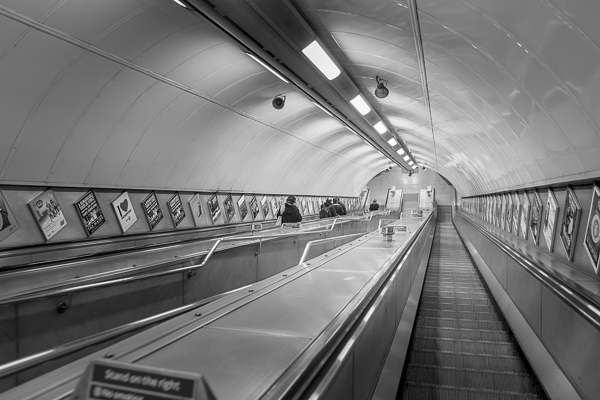 The longest escalator can be found at Angel station

The shortest escalator can be found at Stratford station

On the other end of the scale, Stratford station has the shortest escalator at 4.1 metres.

People have left a lot of weird things on the tube

You’d be surprised what’s been left behind on these trains over the years. There’s been a judge’s wig, a prosthetic leg, a life sized Spider Man doll, an envelope containing £15,000, a drum kit and even an urn of ashes that took almost seven years to be claimed. 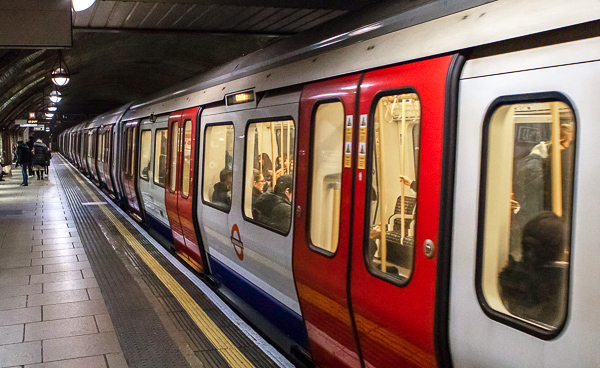 There are 4 moving walkways on the Underground

Hampstead station on the Northern Line is the deepest station at 58.5 metres underground

The Underground trains used to have no windows

It was thought that because there was nothing for passengers to see, windows weren’t needed. Because of this the trains were nicknamed ‘padded cells’ and you can see examples of the old train carriages at the London Transport Museum. 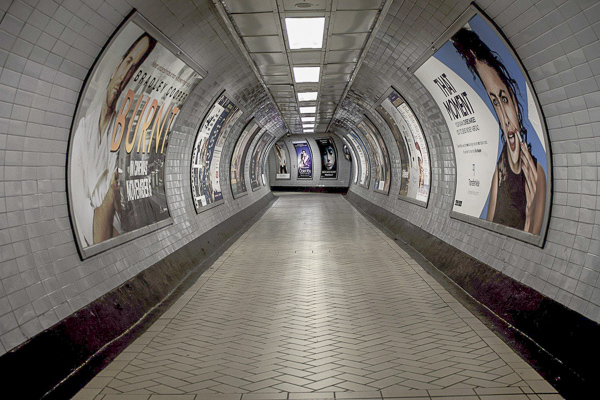 The longest journey on one train is 34 miles

Without changing trains, the longest possible journey you can travel is 34 miles. This is on the Central Line between West Ruislip and Epping.

Mile End station is named so because it’s exactly one mile from the eastern boundary of The City of London.

Alcohol was banned on the Tube from June 2008

In May 2008, the recently elected Mayor of London announced that from 1st June 2008 alcohol would be banned on the tube. But London decided that alcohol was going to leave the underground in style. A party was thrown on the Circle Line (the only continuous line) to celebrate the last night of legal drinking. 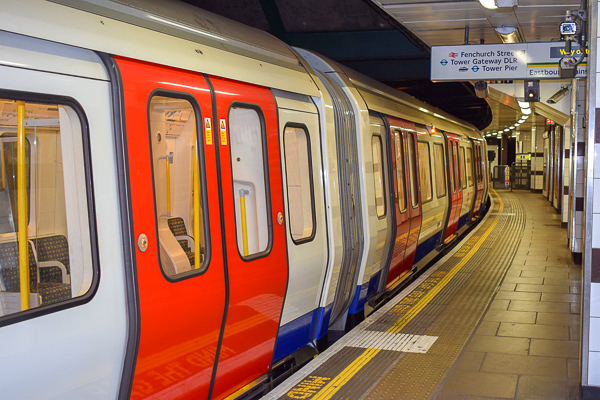 Baker Street Station has the most platforms

Baker Street Station has 10 platforms making it the underground station with the most platforms. Moorgate does also have 10 platforms but only 6 of these are for tube trains.

Balham is the only station on the network that has none of the letters from the word ‘underground’.

Abbey Road station is not near Abbey Road

Many Beatles fans want to take a picture at the infamous Abbey Road but for that you would need to head to St John’s Wood. To help confused tourists, Abbey Road station, on the DLR line, has a sign up with the correct station details. 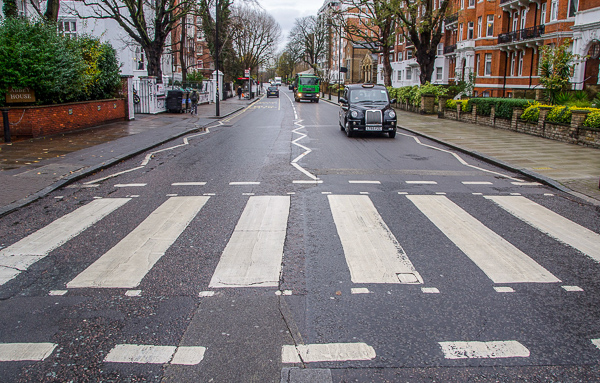 The Victoria line was going to be called the Viking line

One proposed name for the line was ‘Viking Line’ because the service goes between Victoria and King’s Cross. Another name suggestion was ‘Walvic Line’ for the same reason that the line starts at Walthamstow and heads to Victoria.

There is a sign at Russell Square that states the station has 175 stairs. In fact, there are only 171.

Considering the tube has been open since 1863, it’s surprising it took so long for a baby to be born there. It was once rumoured the baby was named Thelma Ursula Beatrice Eleanor (T.U.B.E) but that turned out to be false.

Jerry Springer was born on the underground

During World War II Highgate station was used as a bomb shelter. In February 1944 a woman gave birth while using the shelter and that baby went on to become the talk show host we know as Jerry Springer.

Selfridges tried to change the name of Bond Street

To try and make the underground smell a little nicer, a trial was done where fragrance was applied to the station floor and realised by commuters footsteps. As it turned out, Londoners hated this, claiming it smelt cheap. 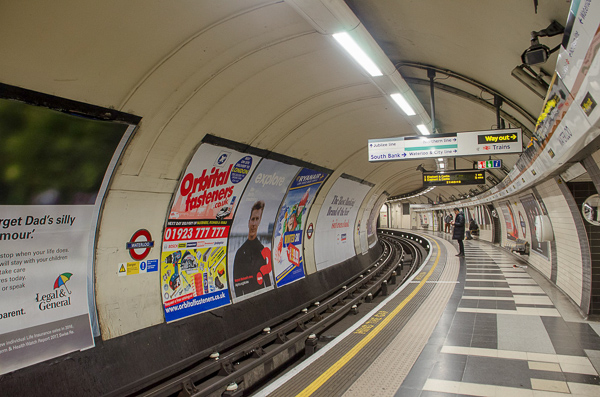 Need some inspiration for planning your London itinerary? These may help… 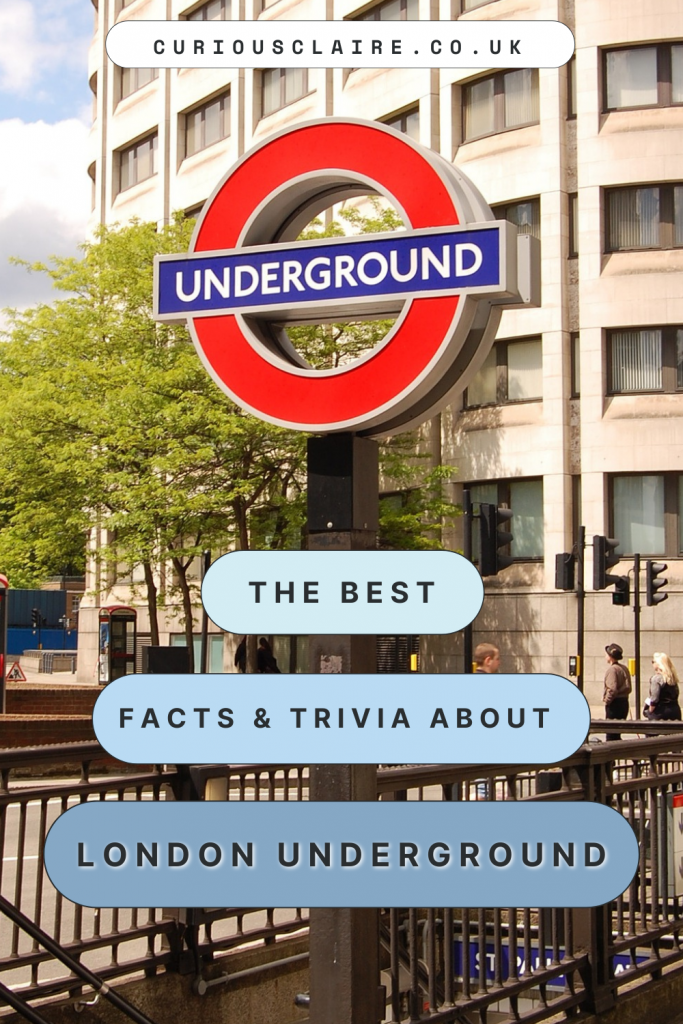