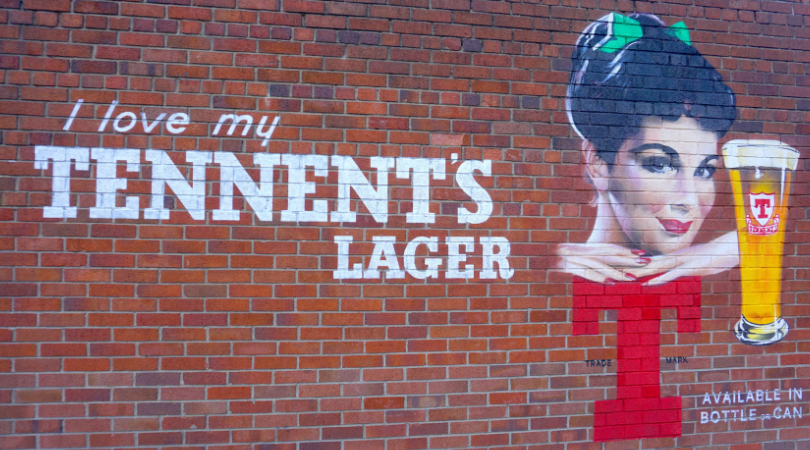 My recent trip to Scotland was a bit of a weird one. You see, I was heading up to Aberdeen to finally meet up with one of my favourite travel couple bloggers, the wonderful Justin Plus Lauren. Now, you can fly directly to Aberdeen but it was less than half the price for me to fly to Glasgow and take the train to Aberdeen so that’s what I did.

Not wanting to skip out Glasgow completely as I’d never been before, I decided to give myself half a day to enjoy some of the delights of Glasgow before heading up to Aberdeen the next day. 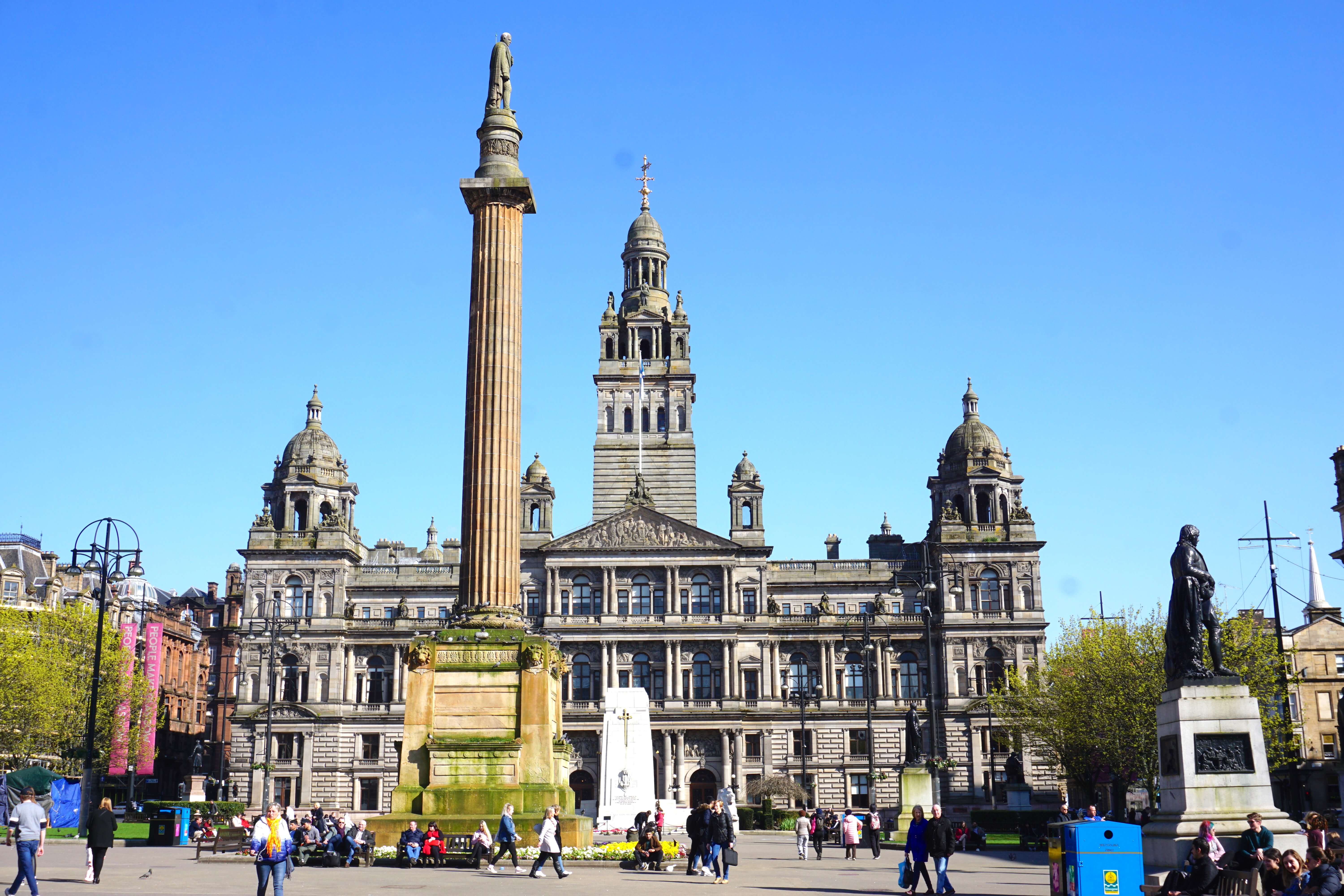 Apart from Brewdog which is sold all over the UK I had never had Scottish beer and I knew that needed to be changed. As luck would have it Tennents Lager, the most popular beer in Scotland, is brewed in Glasgow. I couldn’t miss out on my chance to take a tour around their brewery. 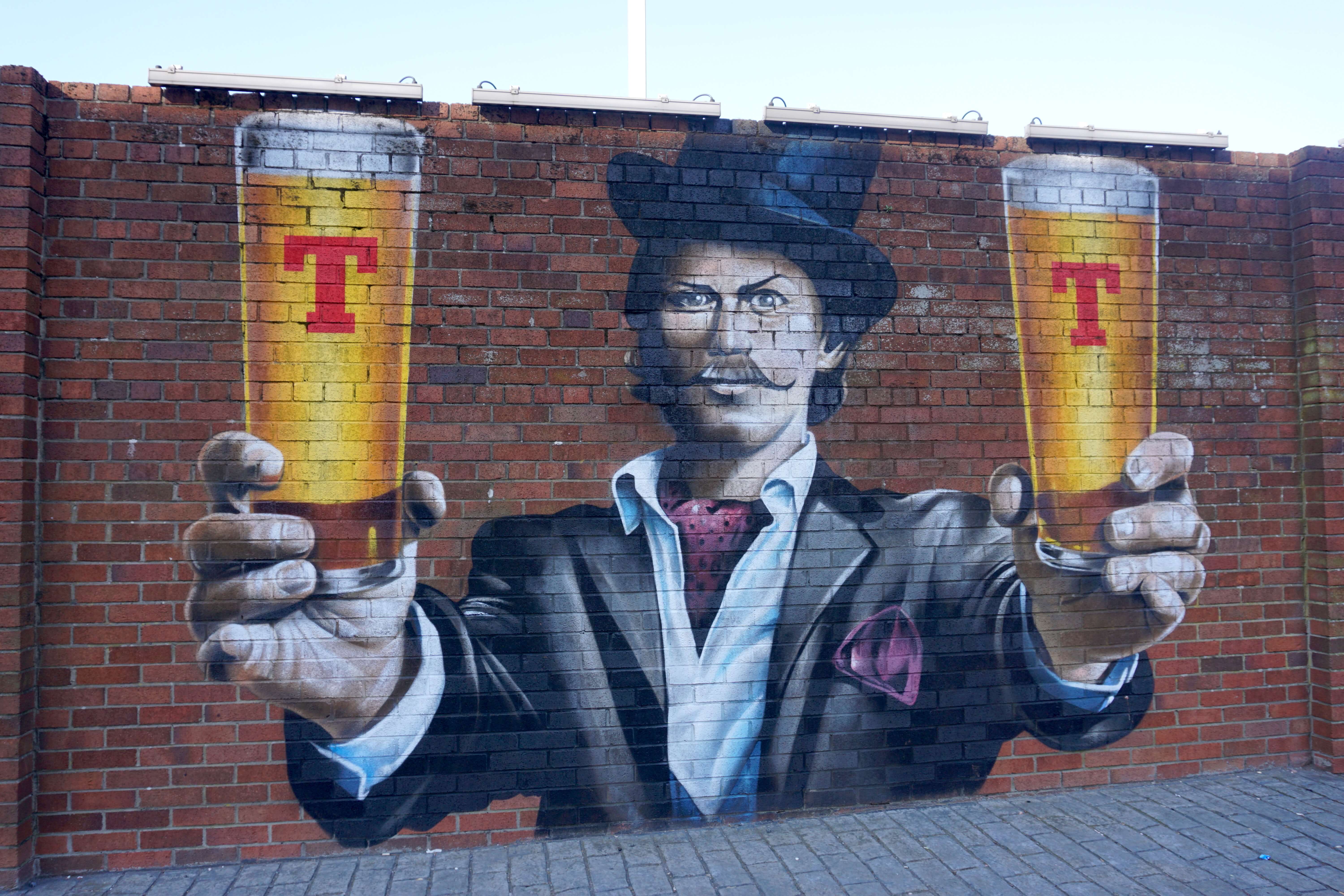 Tennent’s Lager was first produced by Hugh Tennent back in 1885 when he discovered pilsner style beer in Bavaria. Since then Tennent’s has long been established as Scotland’s best selling beer. Brewed to meticulously high standards, Tennant’s Lager contains only 100% Scottish barley and the freshest water from nearby Loch Katrine. With its clean taste and refreshing crisp finish it’s easy to see why it is so popular with the locals. 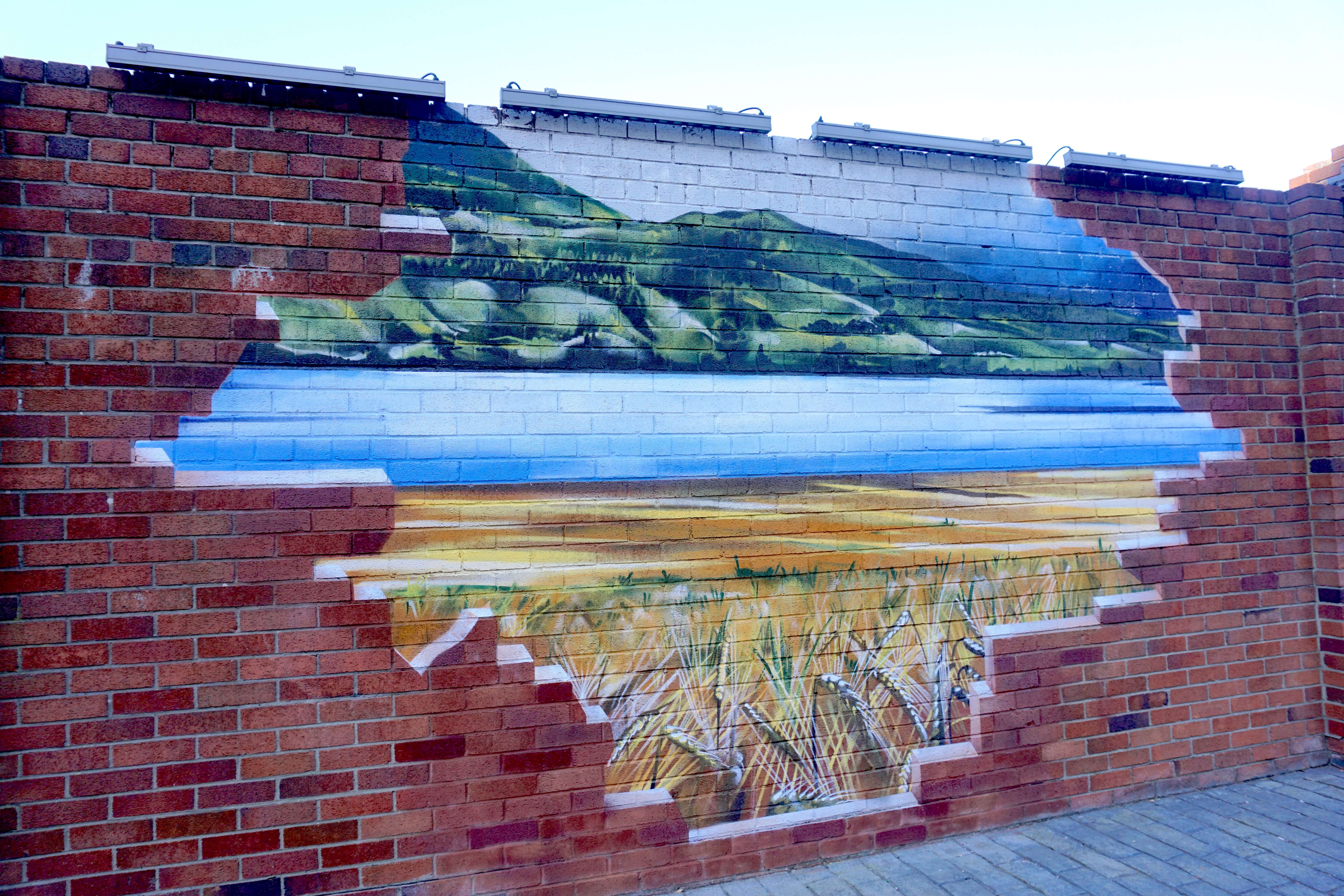 They’ve been making beer for over 450 years so it’s safe to say they know their beer. They combine their passion for beer and centuries of brewing knowledge with the latest technology which is what keeps their customers coming back for more. 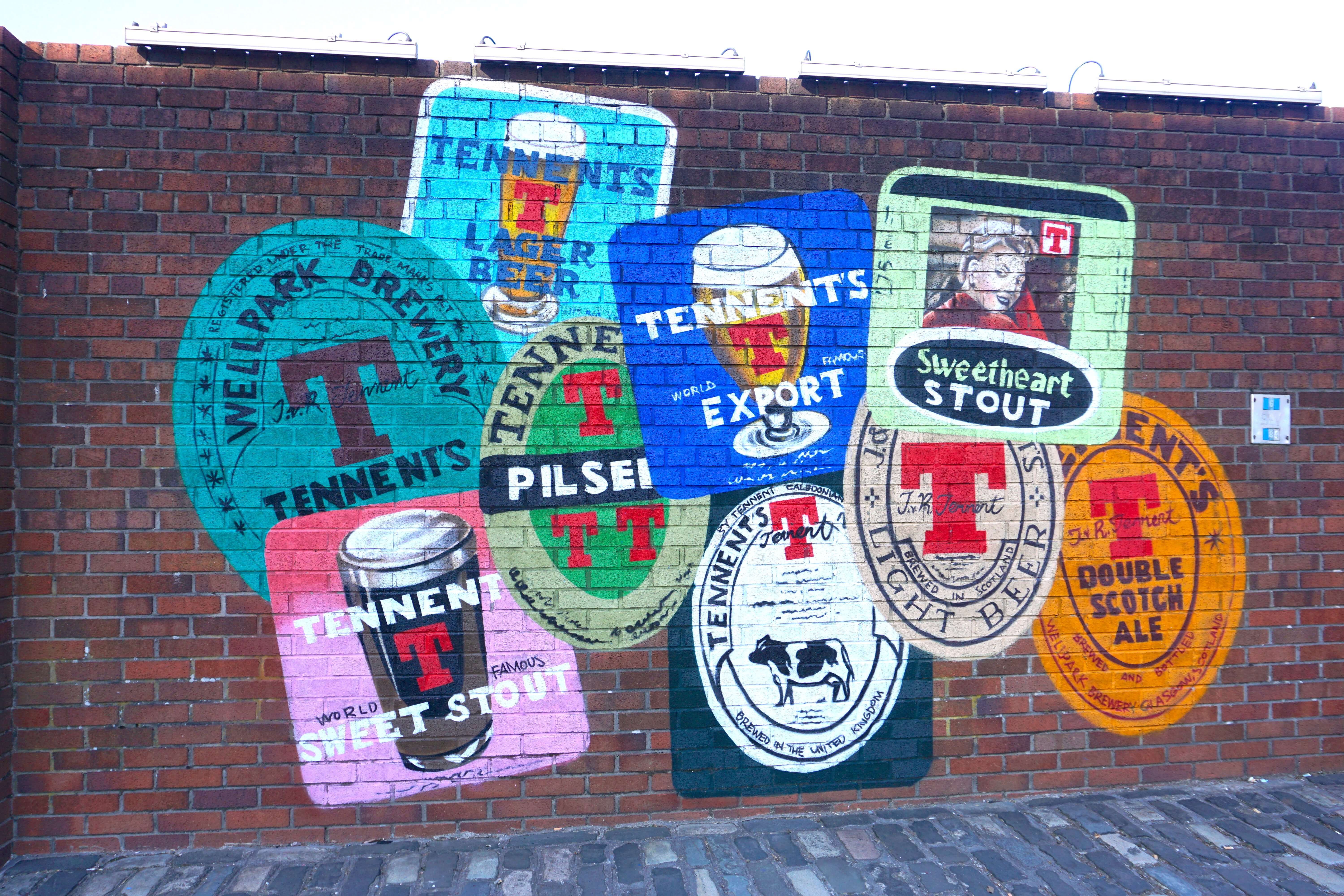 Proud of their Scottish heritage and long standing supporters of Scottish sports, Tennent’s are the supporters behind Scottish Rugby which is why the league is currently known as The Tennents Premiership. 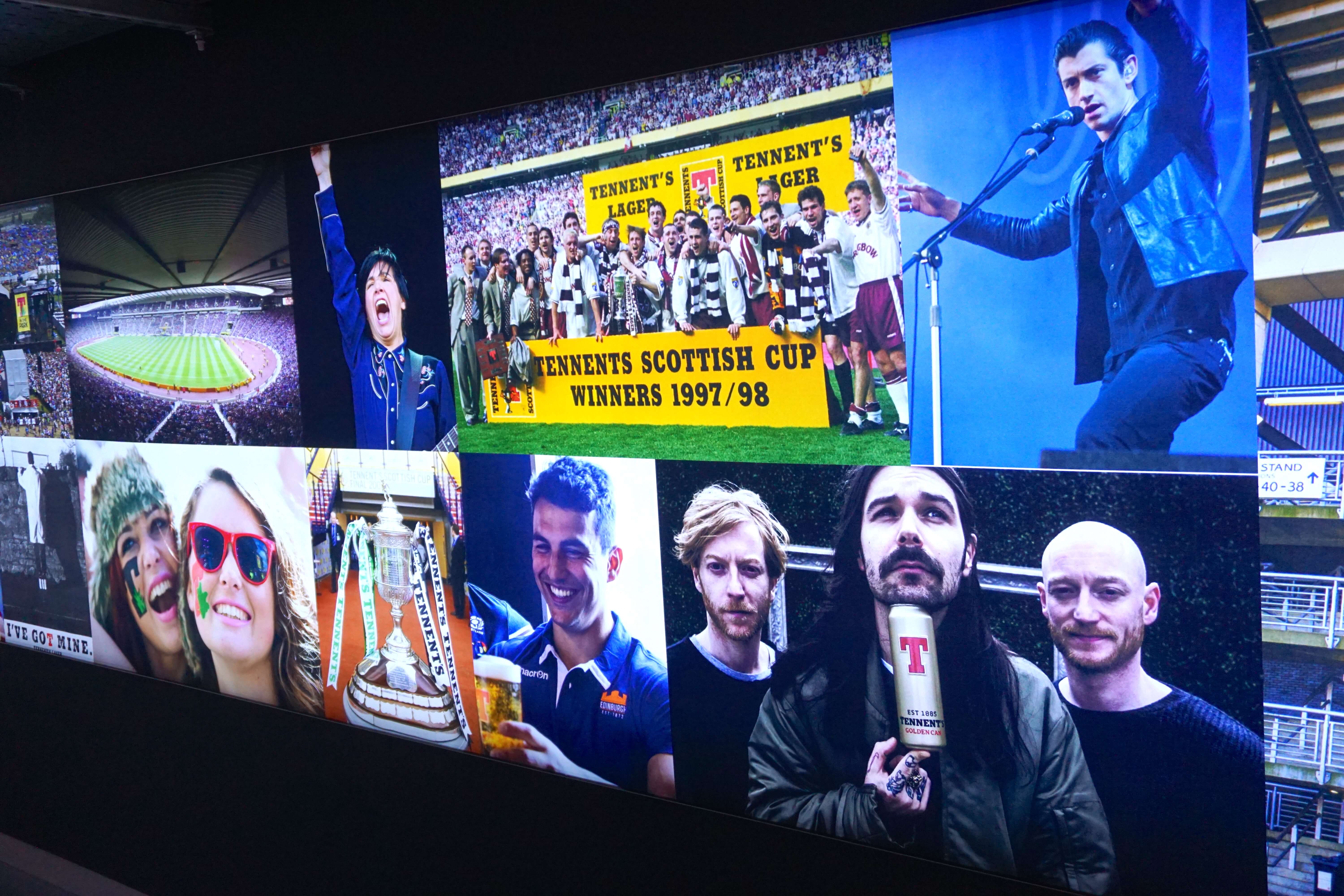 Located to the east of Glasgow, Wellpark Brewery is just a short walk from the city centre so can easily be reached on foot or by car. 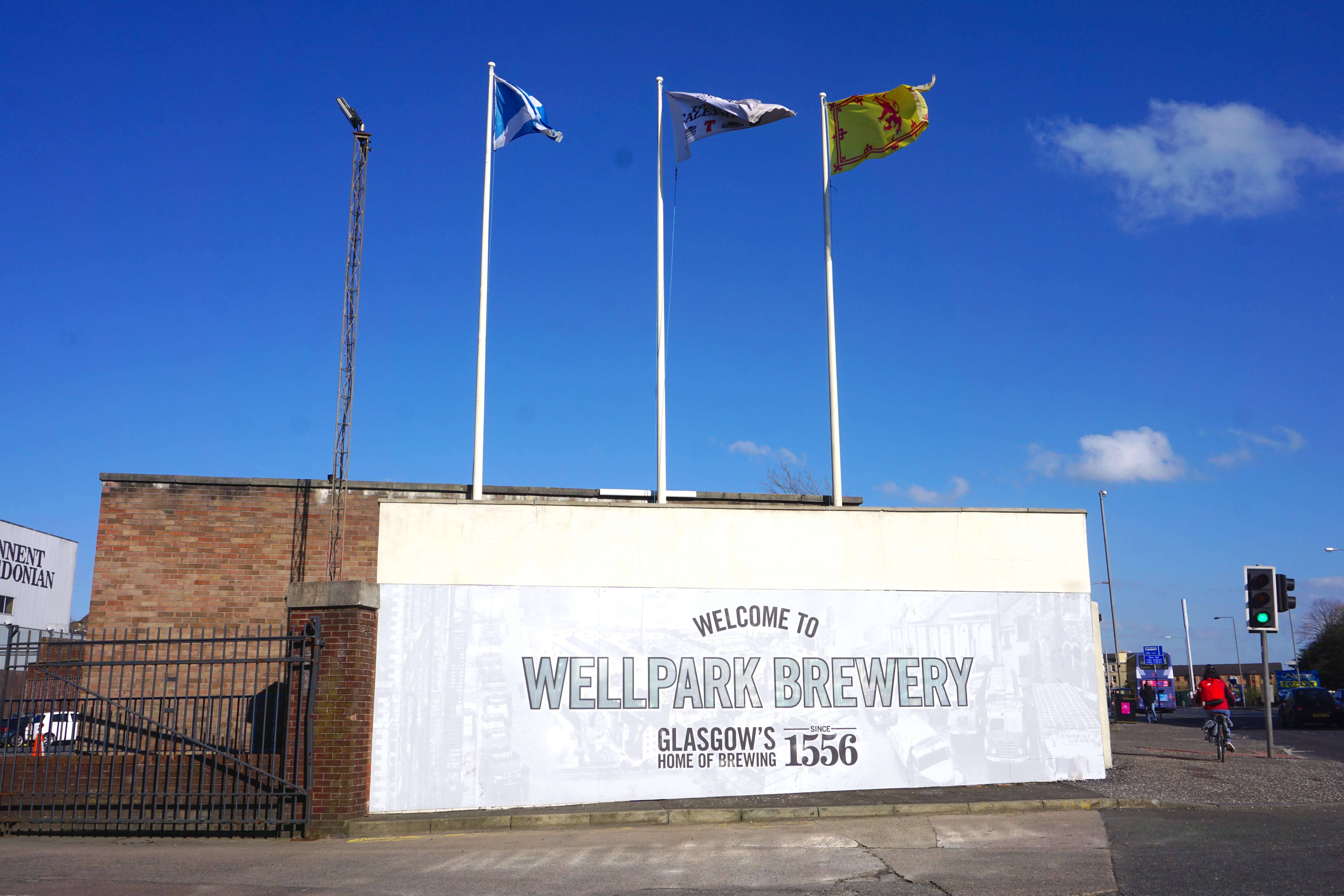 Originally known as the Drygate Brewery, Wellpark Brewery was founded in 1740 by Hugh and Robert Tennent. It is now owned by the C&C Group plc who bough the Tennent Caledonian Breweries in August 2009. 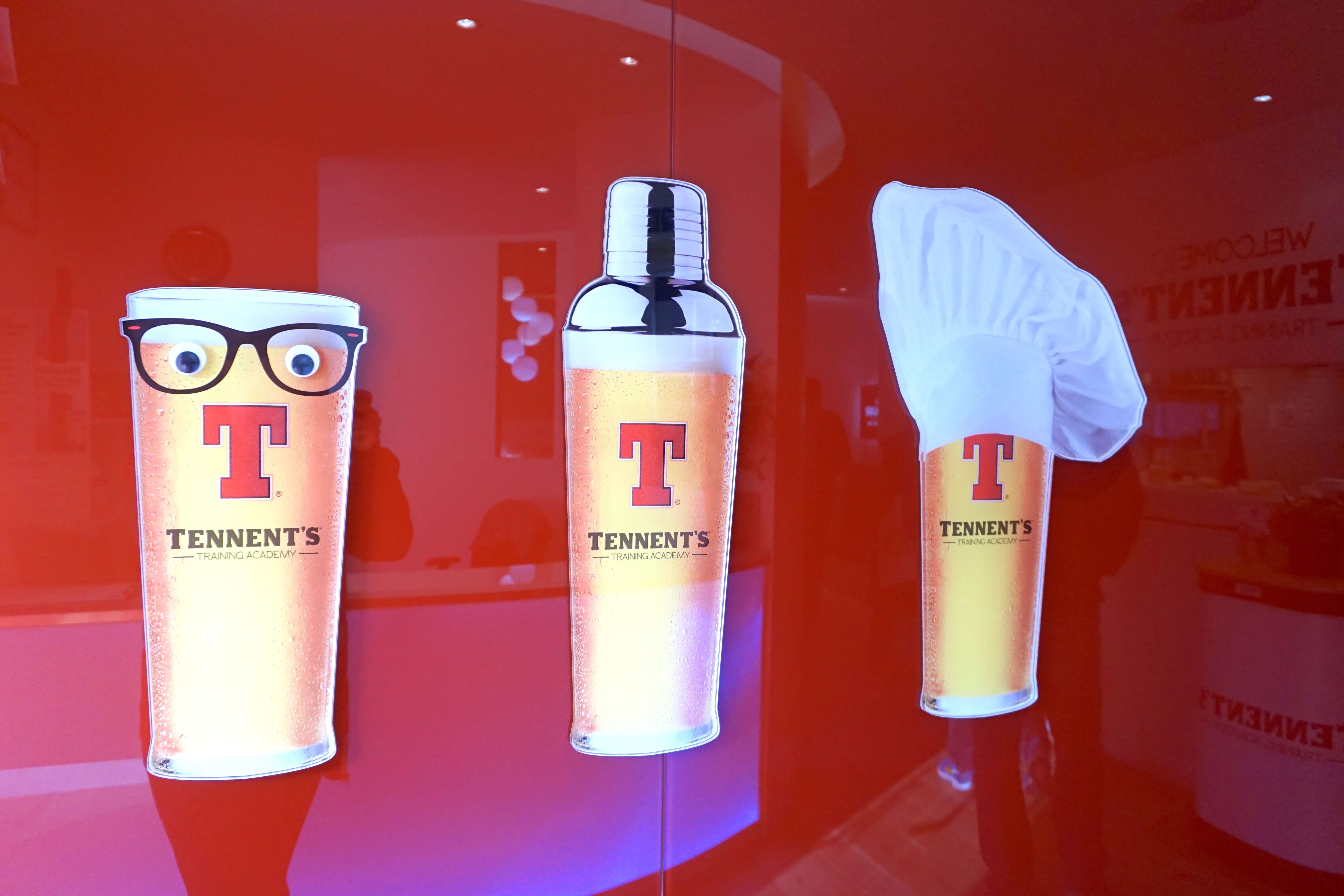 As well as brewing beer for Tennent’s and a few other companies, Wellpark Brewery is also home of the Tennent’s Training Academy. Dedicated to Hospitality Industry based training, they offer many different types of courses. If you also wanted to take a cooking class as well as a brewery tour they could easily be scheduled in the same day since they are both at the Wellpark Brewery. 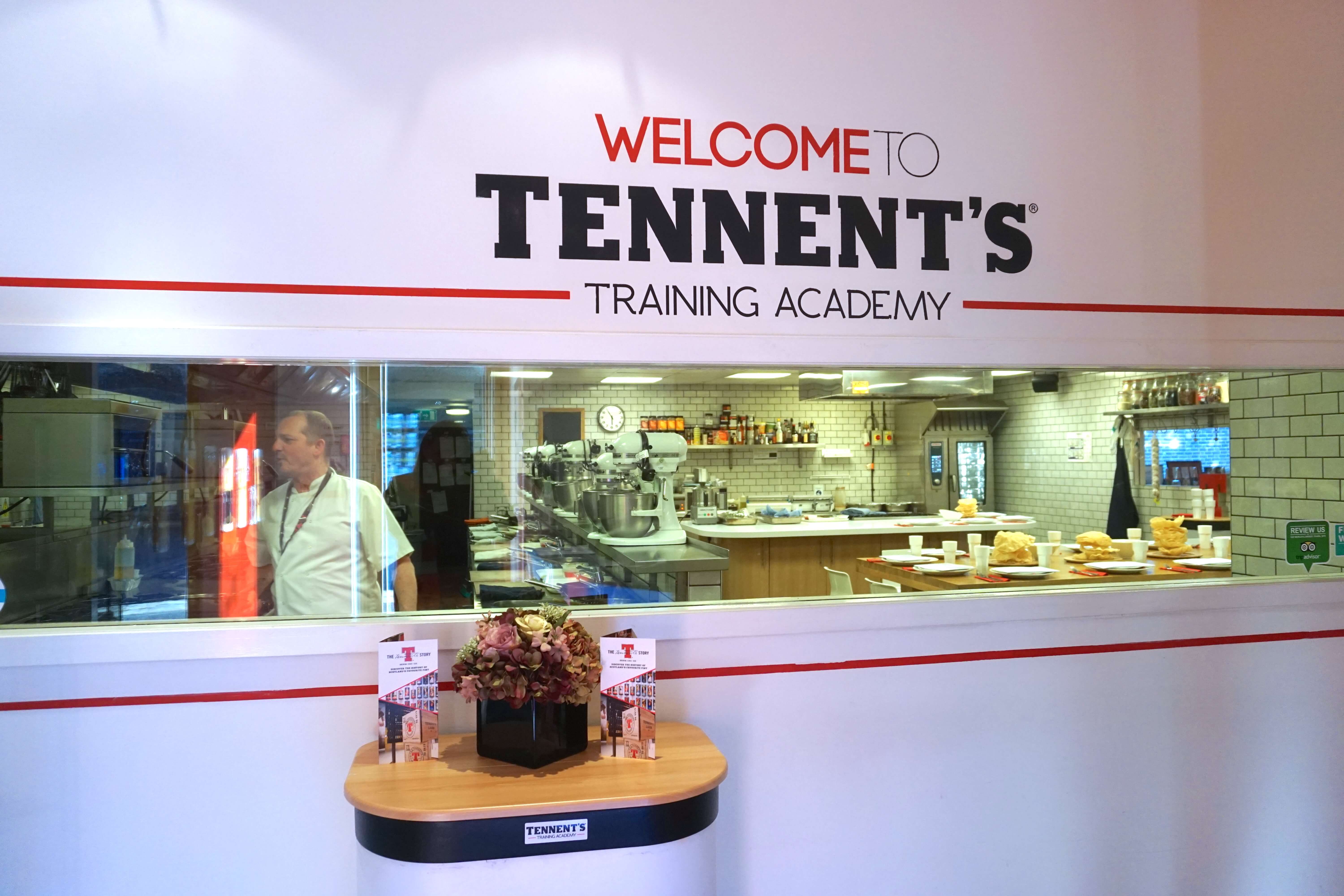 If you’re curious about how this award winning beer is brewed you’ll definitely want to sign up to one of the Tennent’s Wellpark Brewery tours. 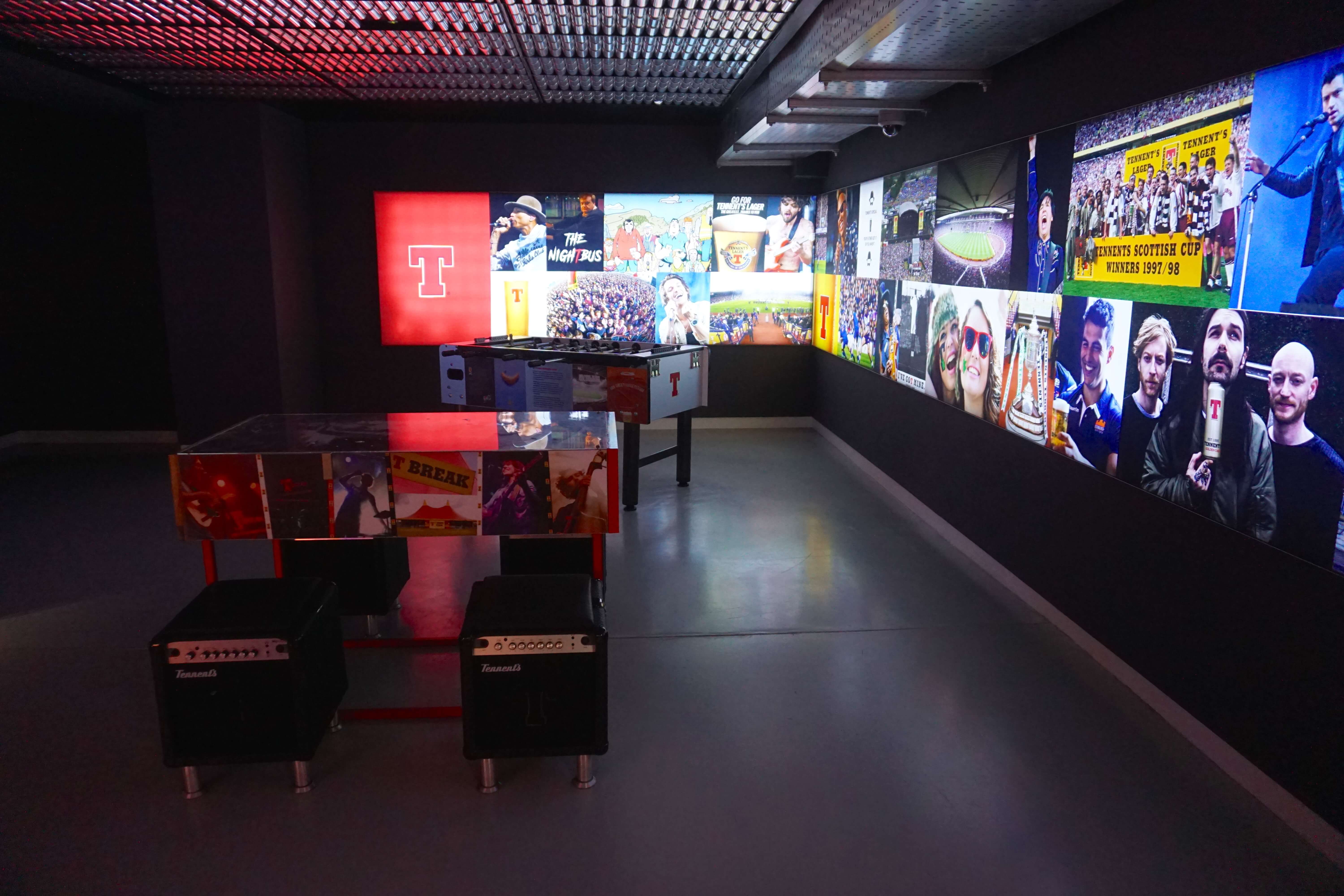 The tour starts at the Tennent’s Story Heritage Centre. It’s worth coming a little before the start time to give yourself time to look around. You’ll get to see artefacts gathered from the first days of brewing as well as examples of old advertising campaigns and old can designs. 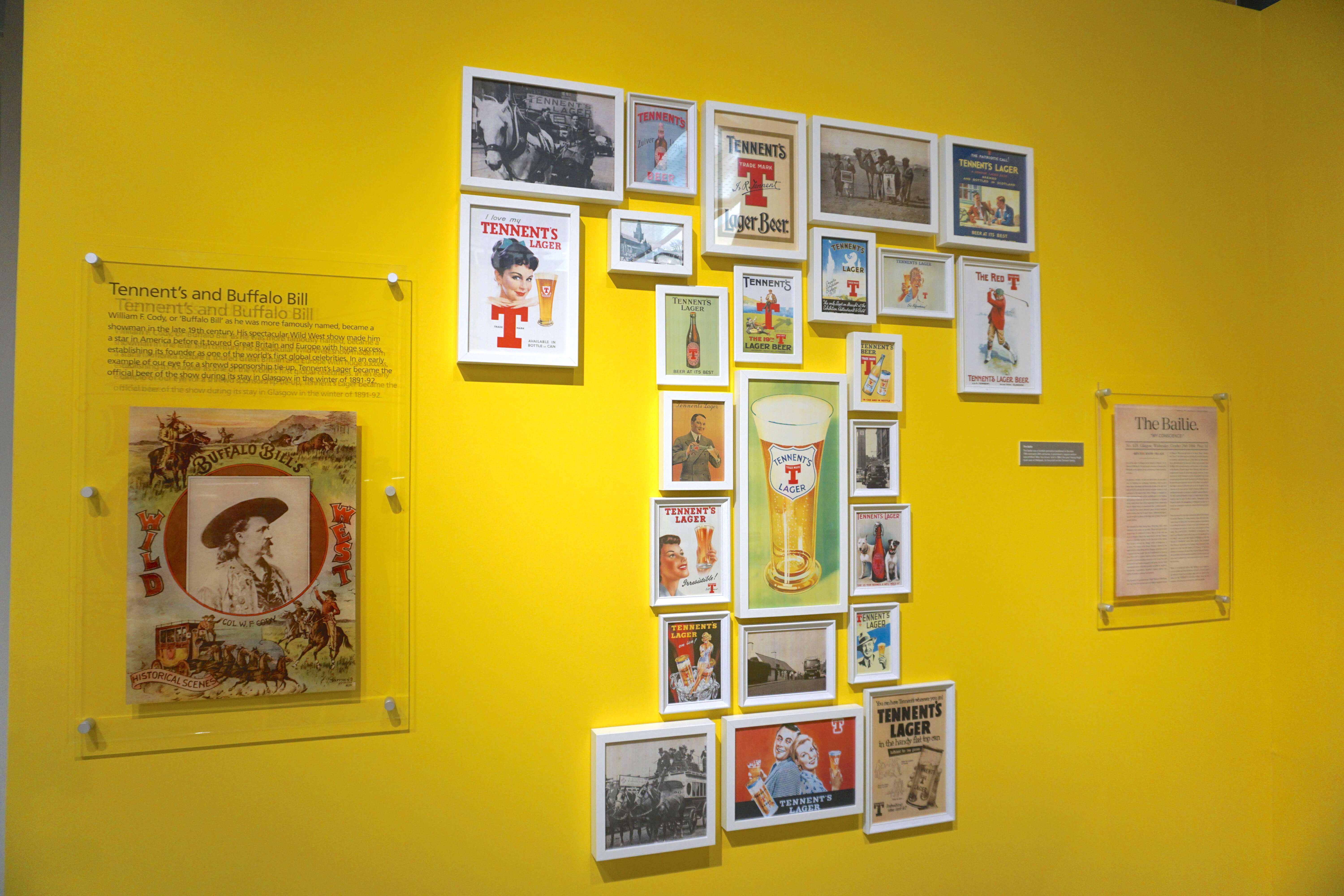 Once the tour is ready to begin your expert tour guide will call you up the stairs for the introduction. This is also where you’ll receive your sexy high visibility jacket and hair net. Yes i’m afraid since you will be walking around an active brewery some areas will require a hair net. 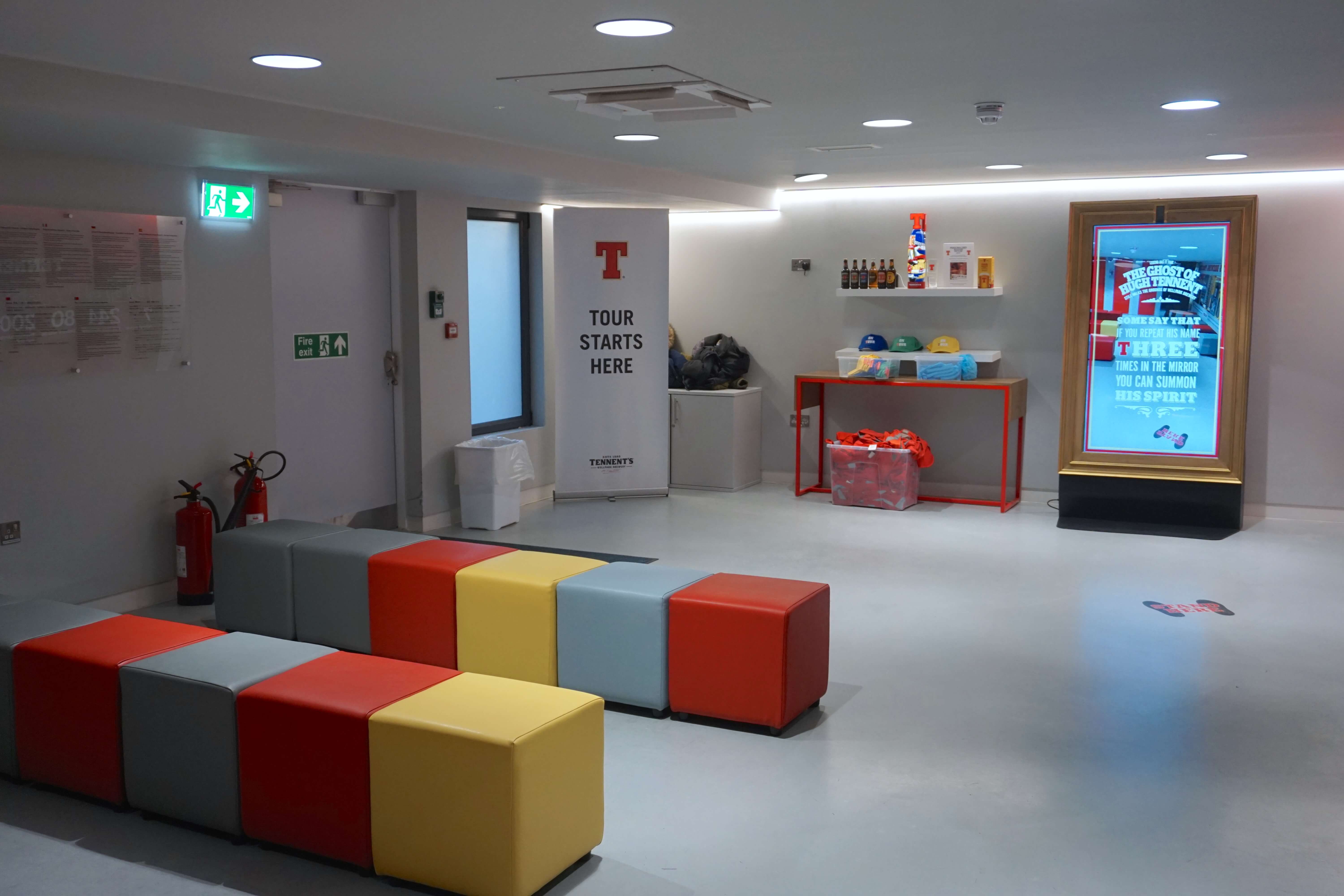 Tip: If you don’t want to wear the hair net you can purchase a Tennent hat instead. Or you can simply come with your own hat 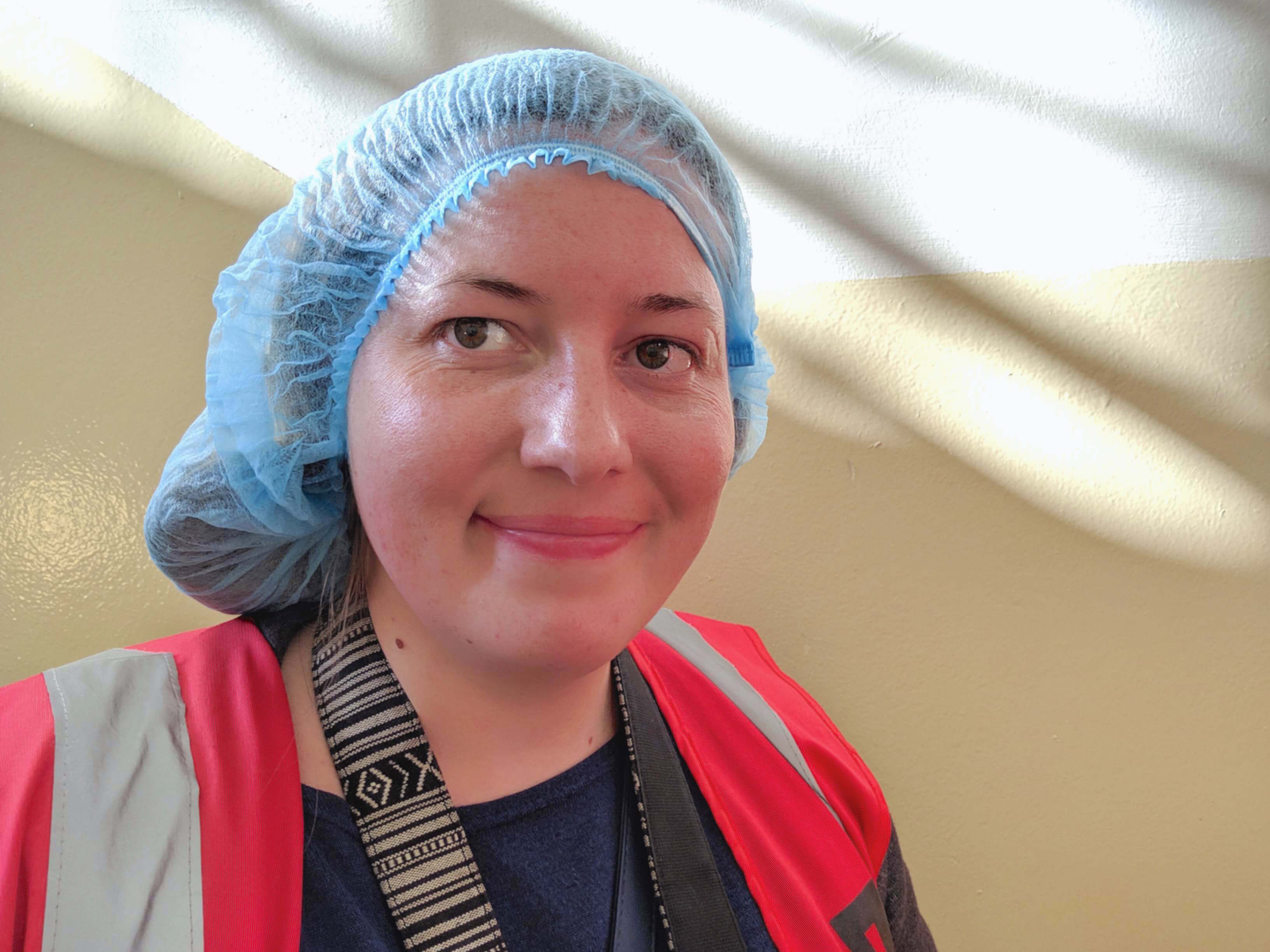 During the tour you’ll get a chance to walk about the brewery, learning about the origins, the production process and Tennent’s place in Scottish culture. For a beer lover it’s a really fascinating tour. 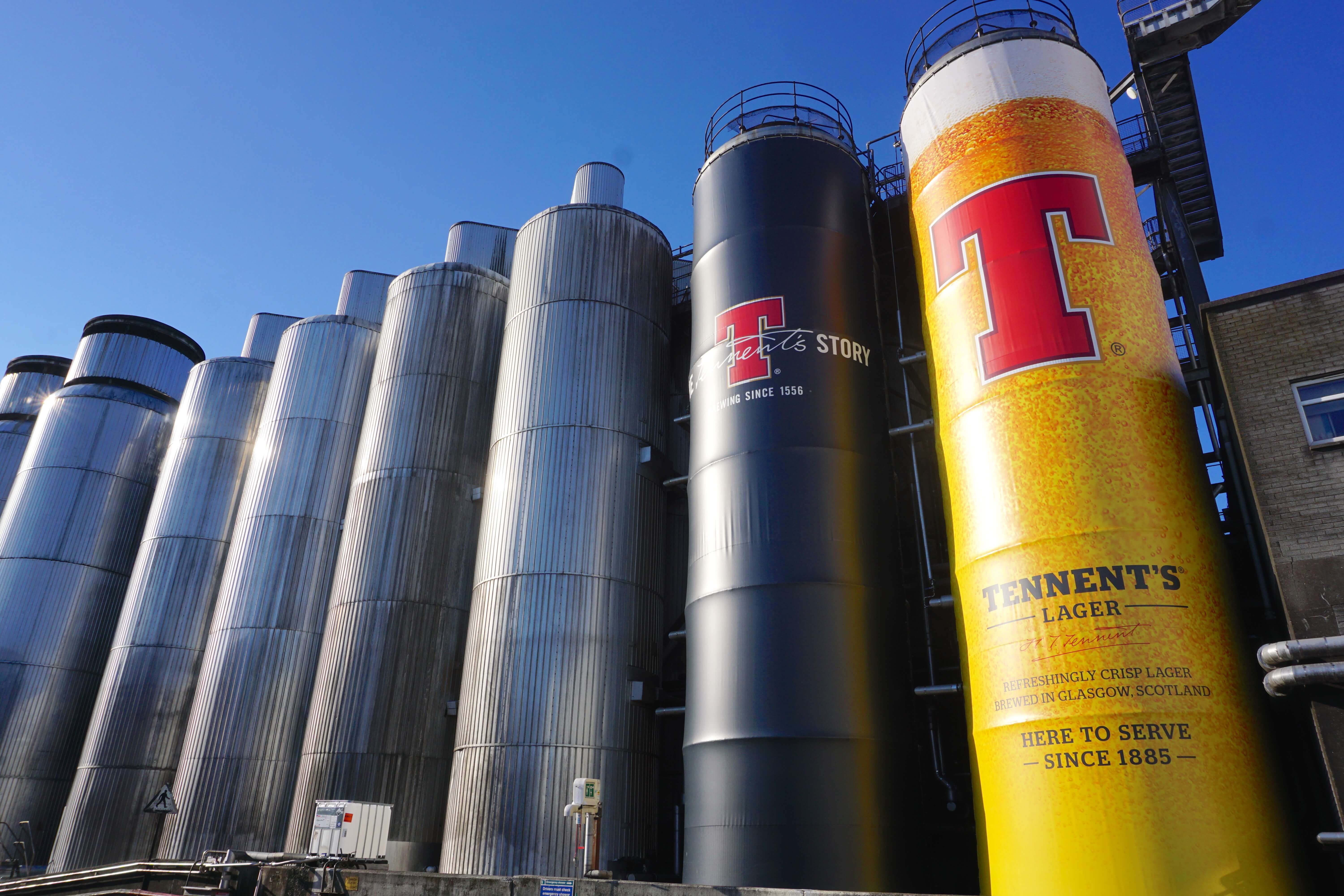 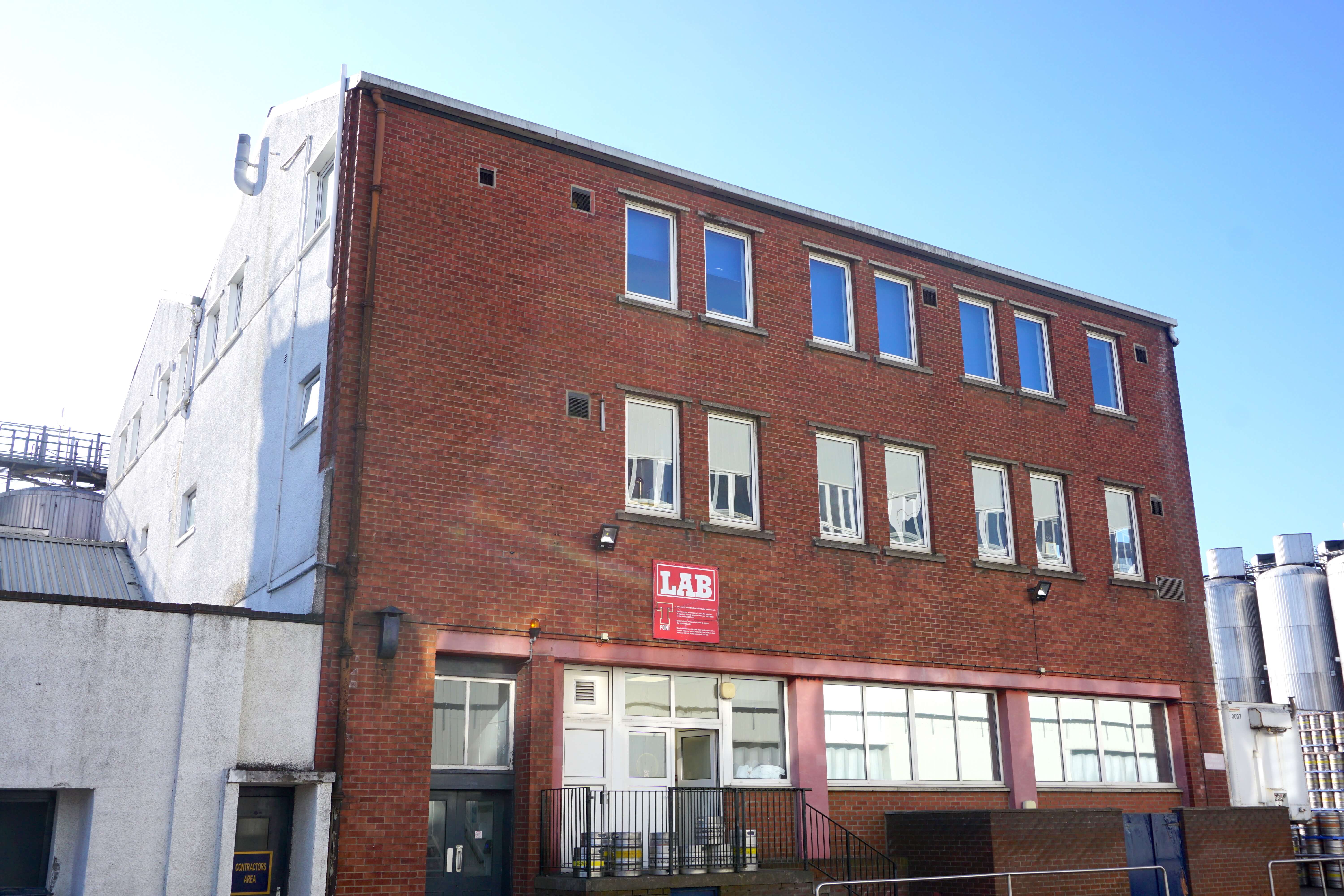 During the tour our lovely guide explained what is probably the best job in the world, a beer taster. These flavour experts taste samples of the batches of beer to ensure quality is maintained in every drop of Tennent’s Lager. While it’s not an easy skill to learn, you can bet I’ll be applying the job if I’m ever good enough! 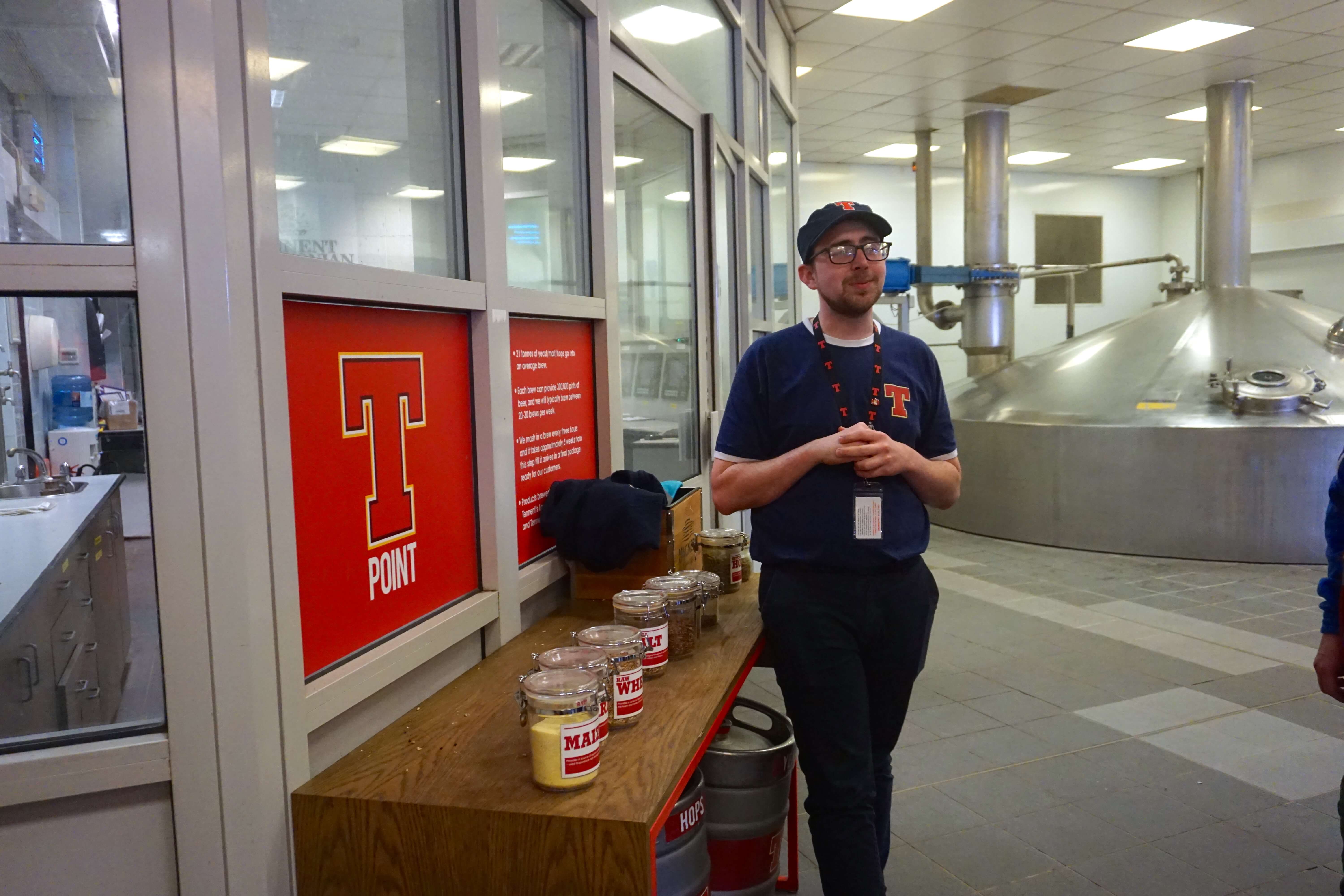 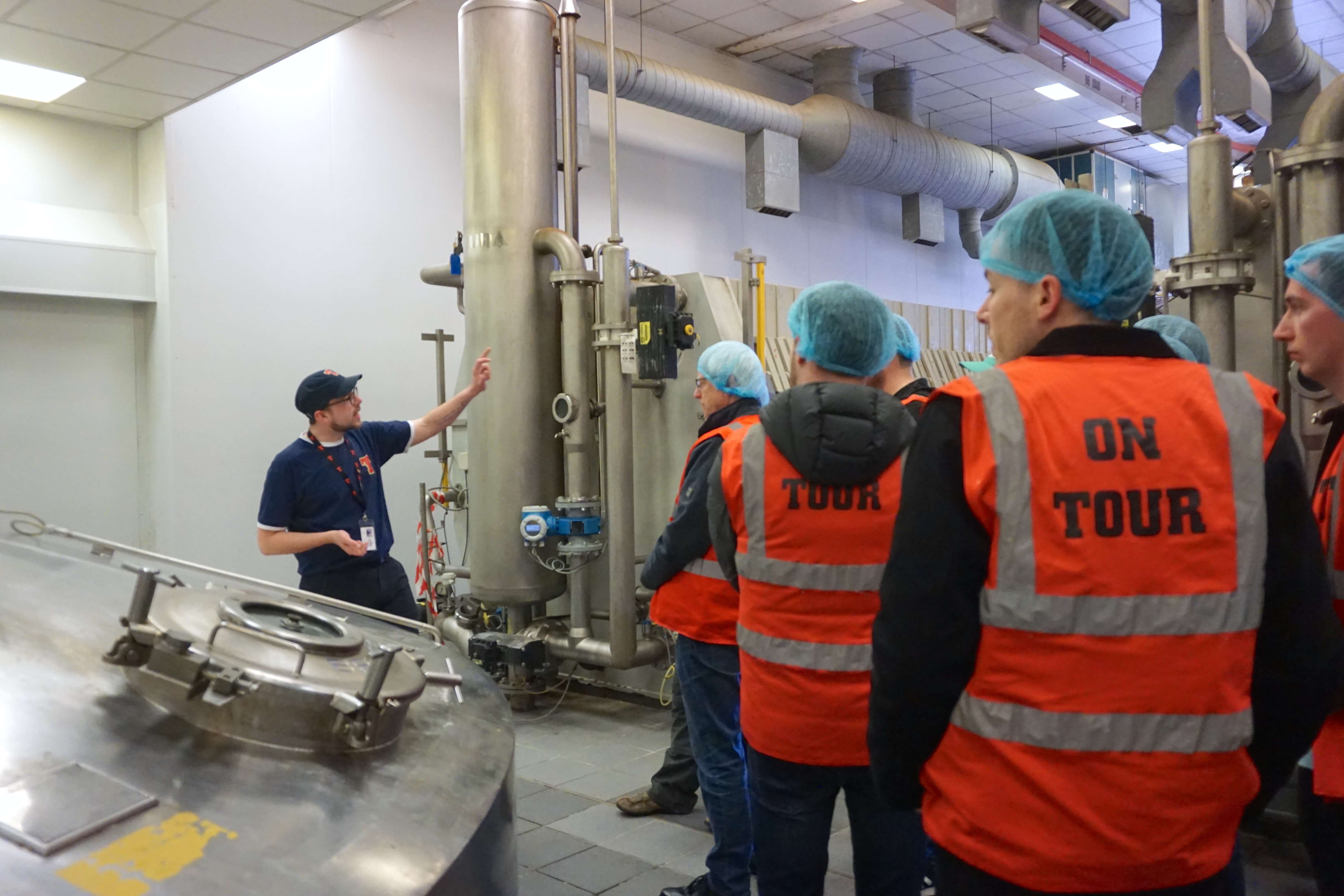 Ending with a Reward

Here’s a fun fact for you, during the tour you’ll walk off more calories than is in one pint of Tennent’s Lager. So to make up for this work out you didn’t ask for, the lovely people at Wellpark Brewery reward each person with a pint of Tenent’s Lager. Ok, the under 18 year olds probably won’t get this! But all the adults do. 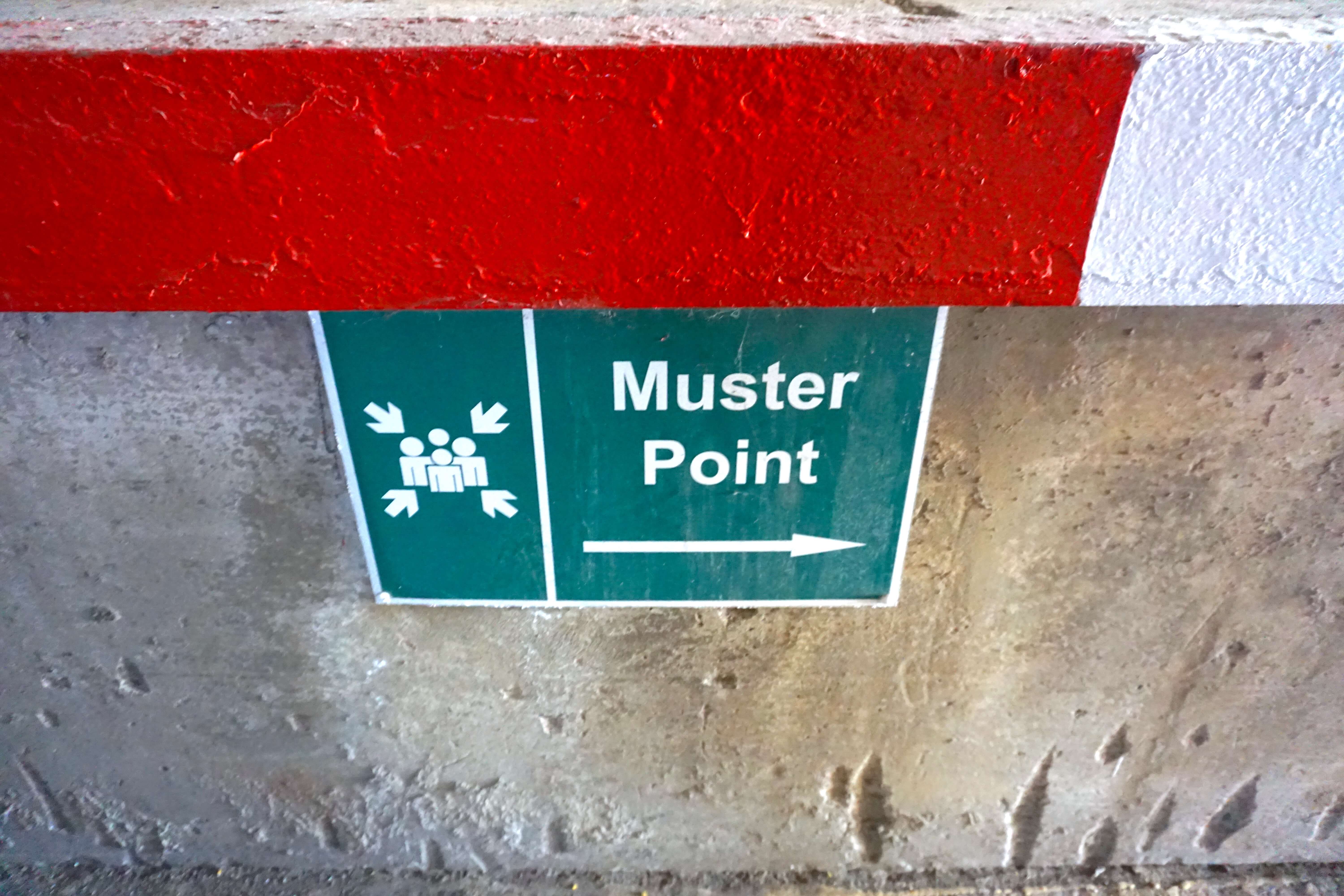 I had actually never tasted a drop of Tennent’s Lager before this tour so I was excited by this point. Throughout the tour we had been learning about how great the beer was so I was eager to see why this was Scotland’s number 1 selling beer. 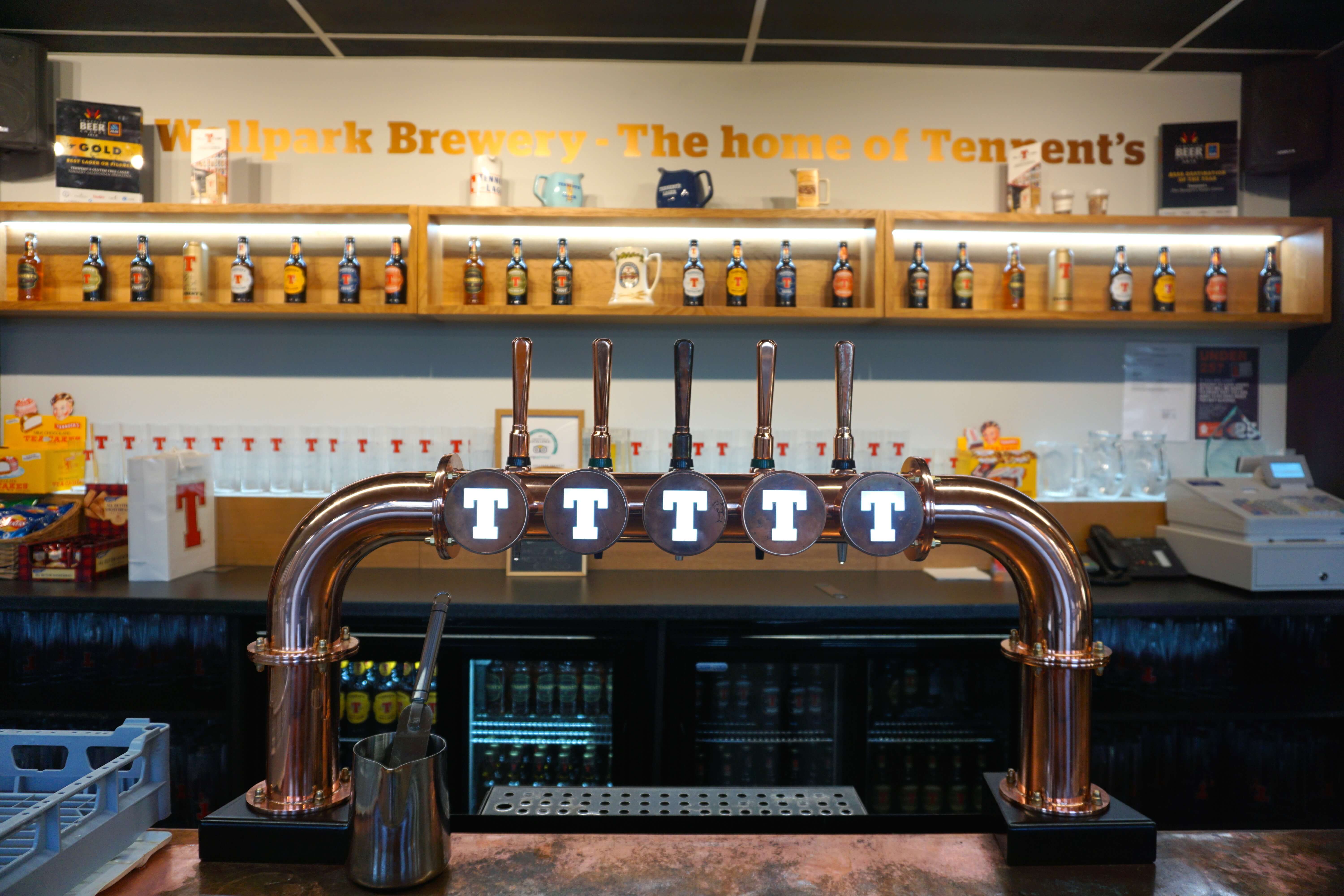 After the tour ends everyone is taken up to the bar and here I was eagerly awaiting my first pint of Tennent’s Lager. When it was served to me I took a moment to appreciate that I was finally getting to sample the beer I had spent the last hour hearing about. A beer, I’ll admit, I had never heard of before reaching Glasgow. I know, I know! 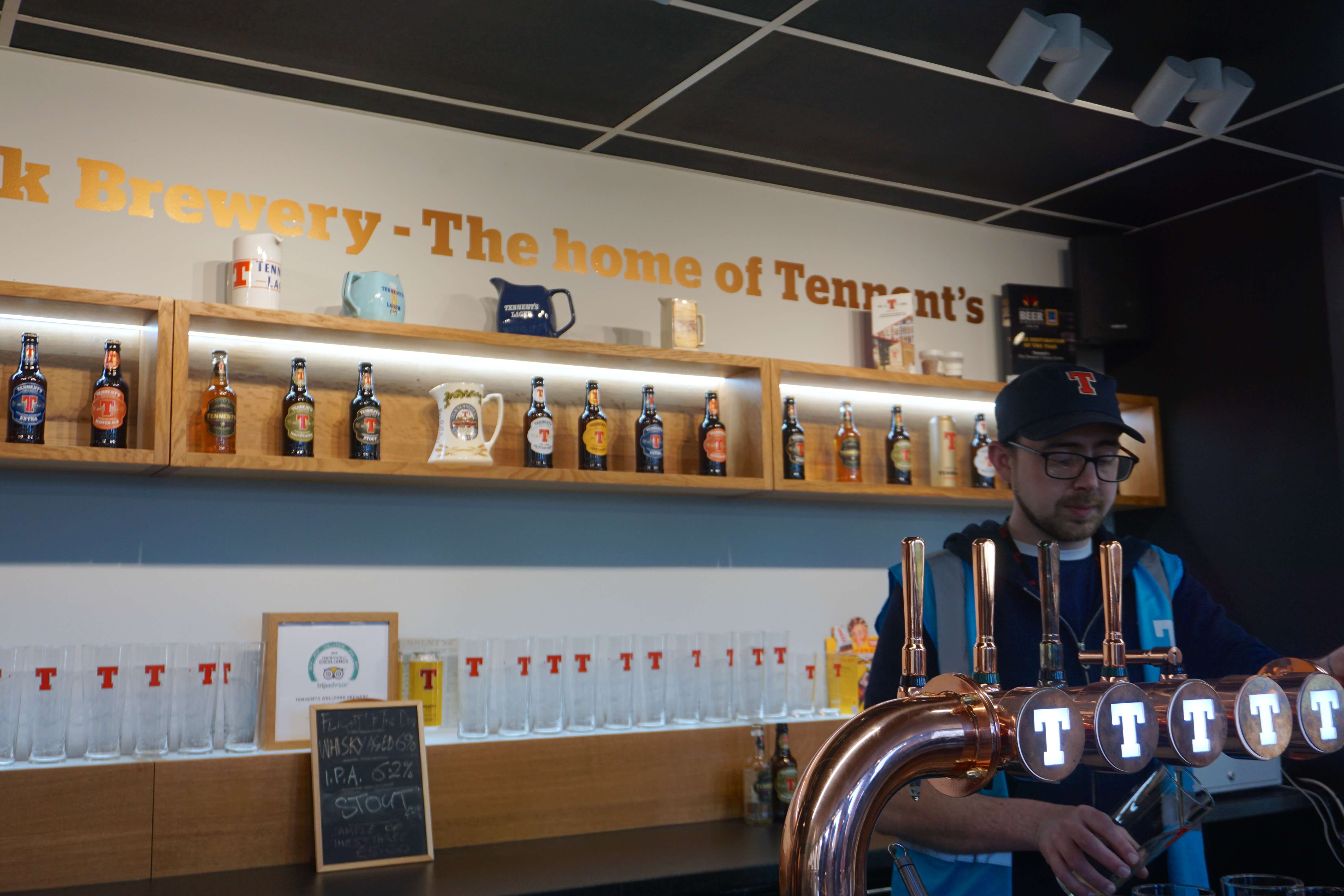 It may sound a little silly but I’ve always tried at least one version of a company’s beer before taking a brewery tour. Having never tried it beforehand, the first sip had unintentionally had quite a big build up. So when I took that first sip and the beer was delicious as advertised I was a very happy girl. 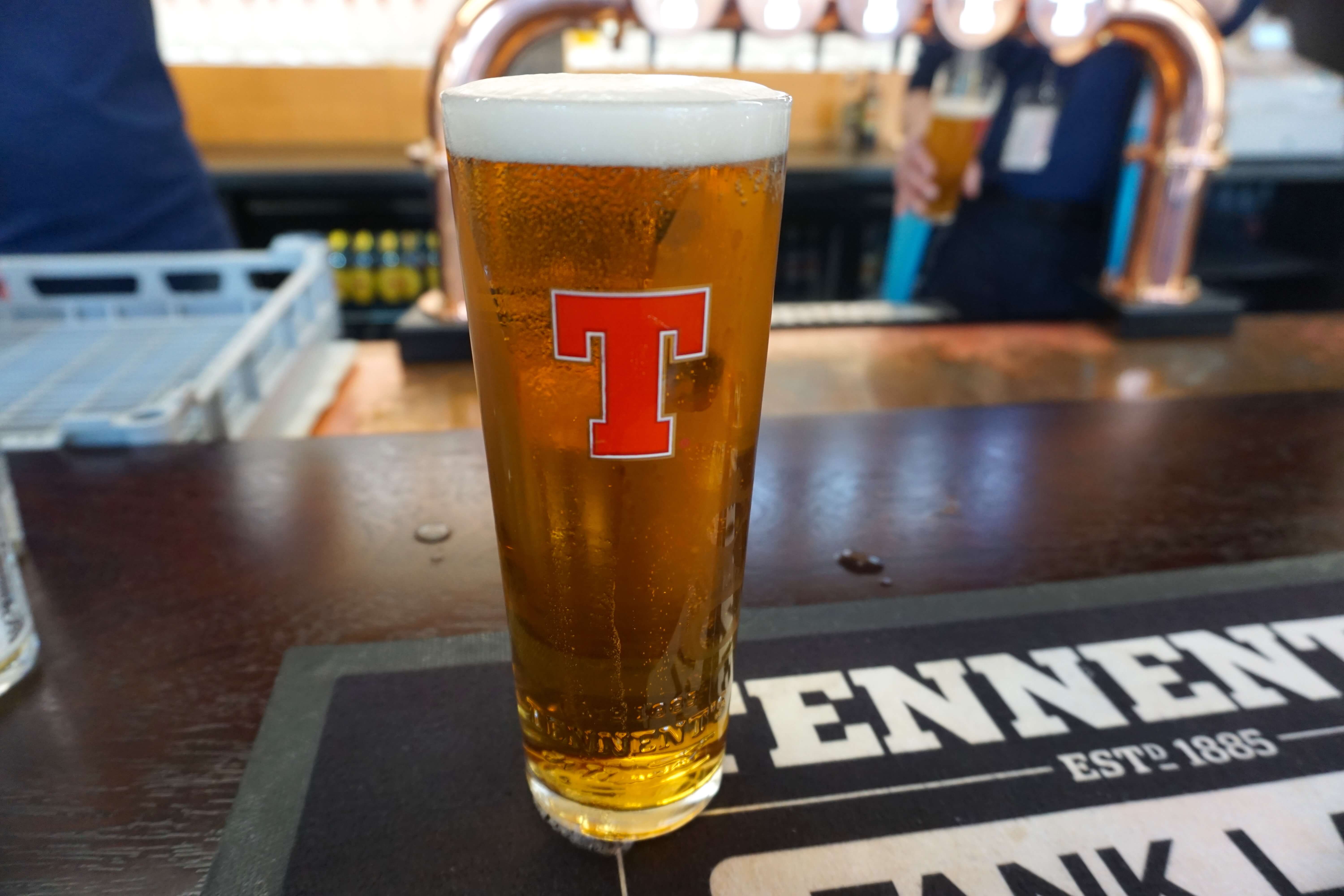 My first pint of Tennent’s Lager

I didn’t realise this when I booked up the brewery tour online but you can also add a beer tasting to the end of the tour. After all the pints of Tennent’s Lager have been served and everyone’s had a chance to sit down and rest for a moment, those who paid for the tasting will get called up the bar. 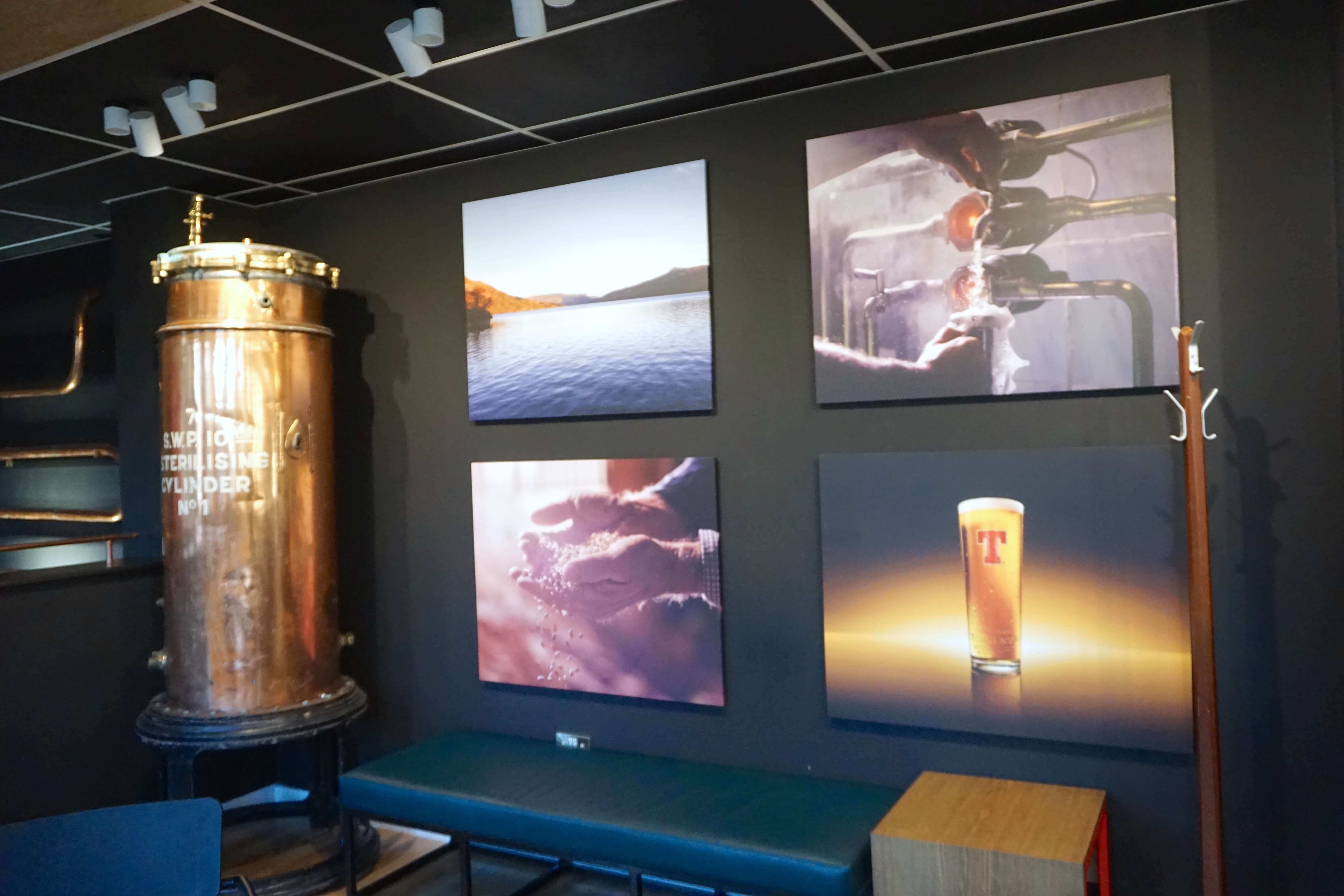 Having not realised this was an option I was gutted to be missing out on this part. Since Tennent’s was new to me I would have loved this chance to try out a few more of their beers. I was sat quite close to the bar so I was trying to listen in on what was being said while I enjoyed my pint of Tennent’s Lager. 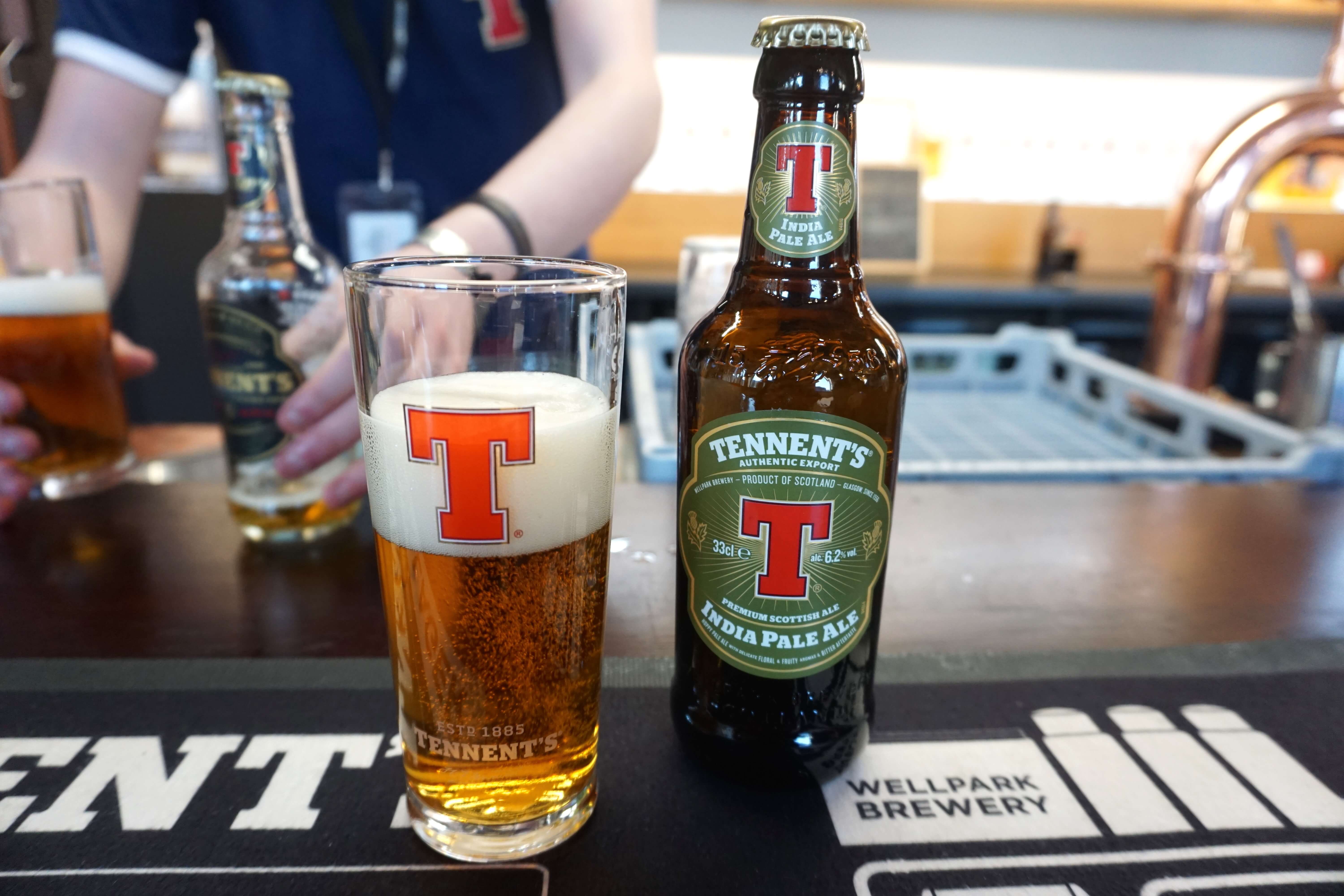 After I had finished my pint I returned my empty glass to the bar and got chatting to a father and son who had just done the tasting. I explained to them that I hadn’t realised this was an option while they teased me about the beers they had just tried. The barman overheard this and informed me that I could still buy the tasting without having pre-booked it. 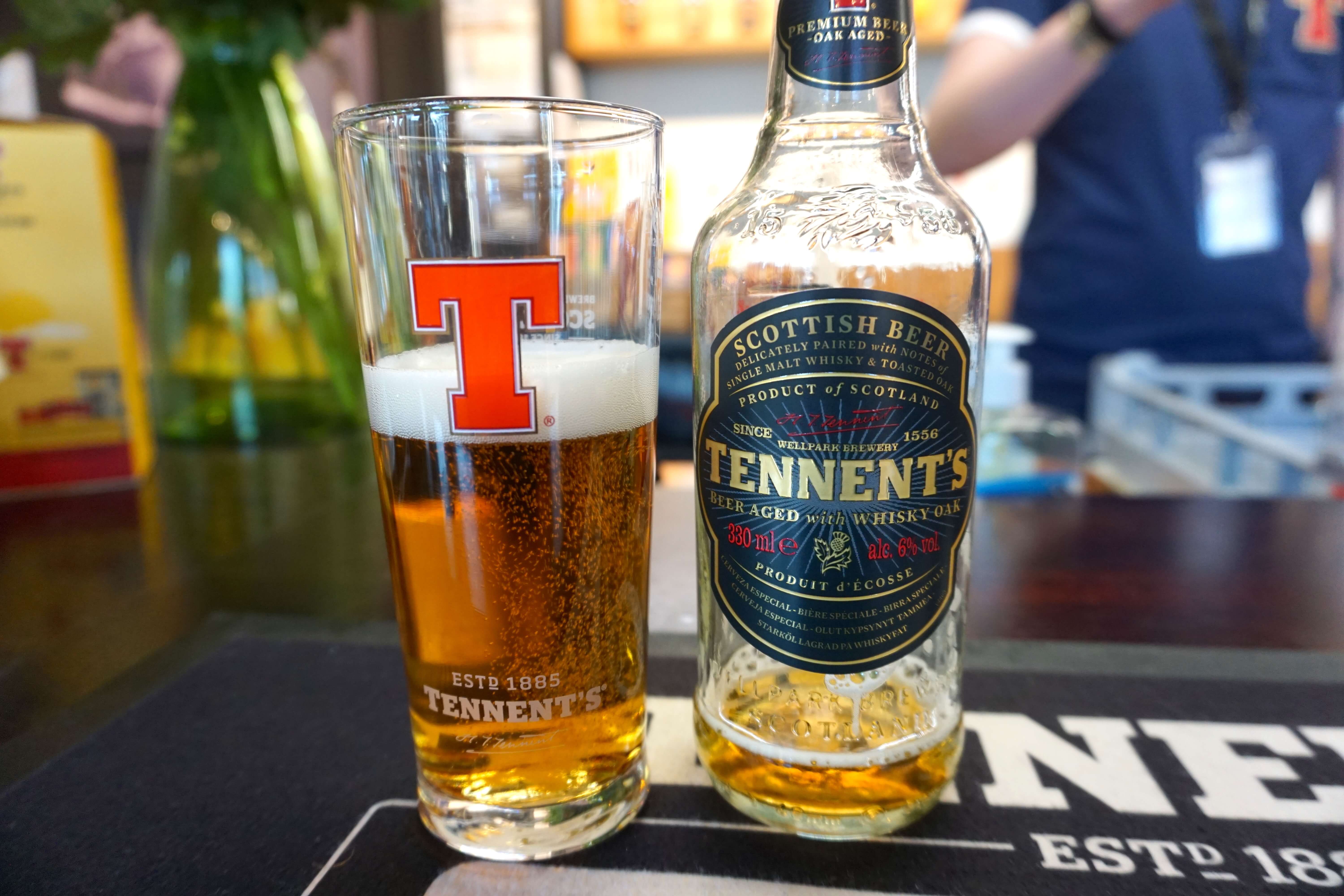 A huge smile appeared on my face and I happily gave him £5 in exchange for the beer samples. The samples were generous so you get value for your money. The beer tasting started with the Tennent’s IPA and then next moved on to their whiskey beer, where the hops are infused in whiskey. I don’t like whiskey but I actually enjoyed this unusual combination. Last up was the Tennent’s Stout and I will happily say it was the stout I’ve come across on my travels! 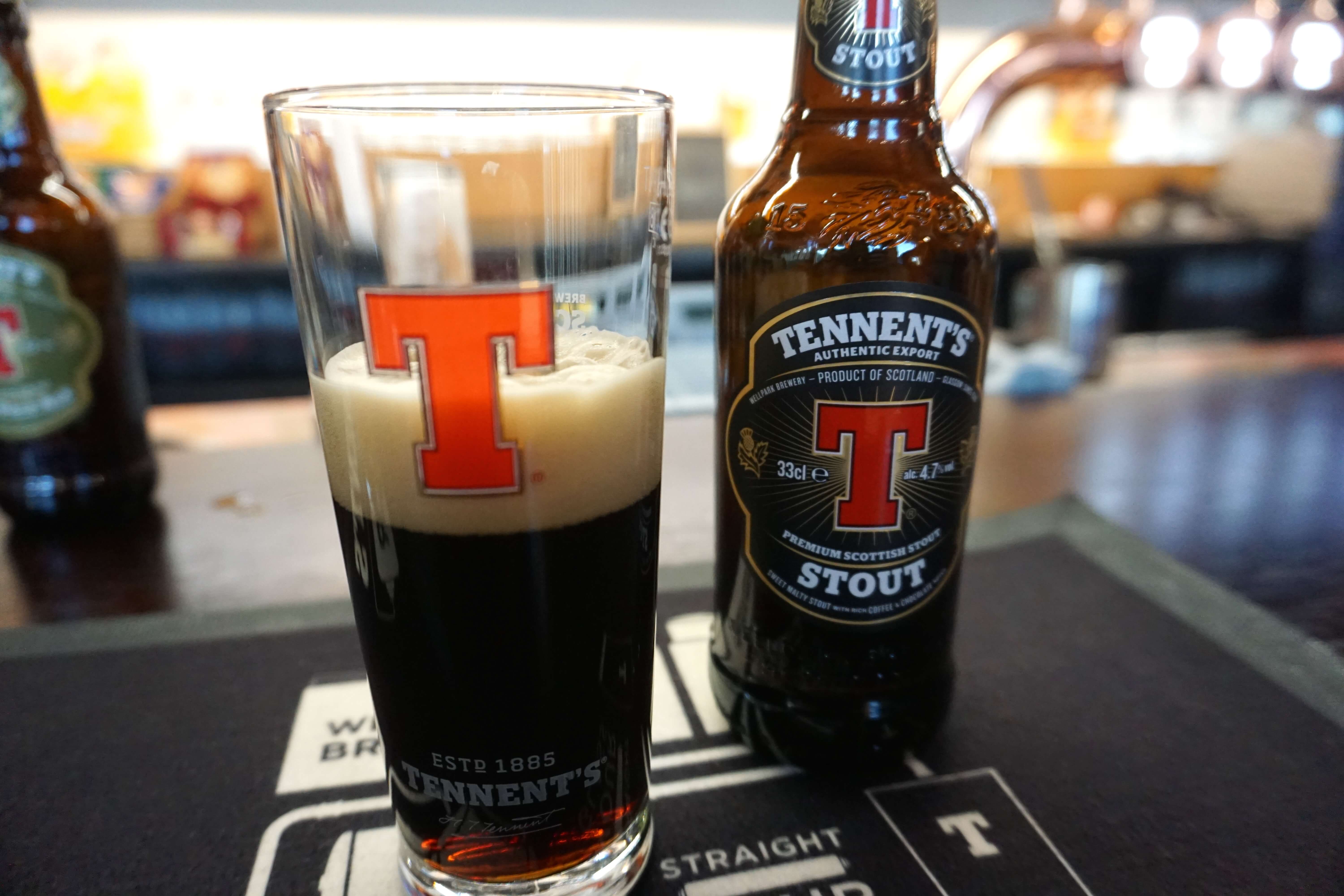 Once the tour is over you’re free to take your time in the bar to enjoy your free pint. If you want more it is possible to order more drinks as the bar (although these will need to be paid for). Of course you can also head around the corner to Drygate Brewing Co. to try some more Scottish beer. They also offer food if you are looking for somewhere to get dinner nearby. 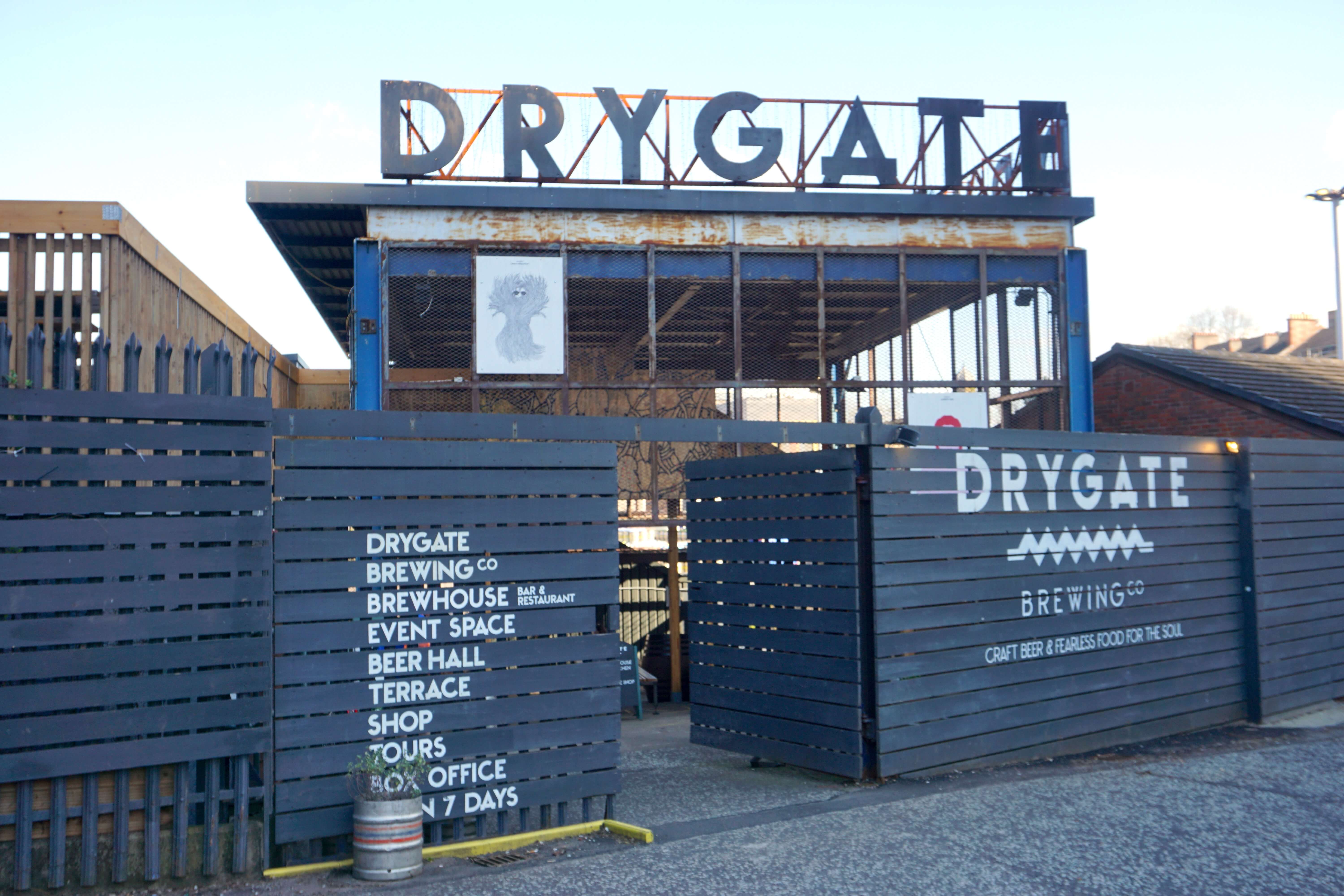 After the tour the way out is back through the Tennent’s Heritage Centre. This means that if you didn’t get a chance to look before the tour you can do so afterwards. There is also a shop if you want to get some Tennent merchandise to as a souvenir. 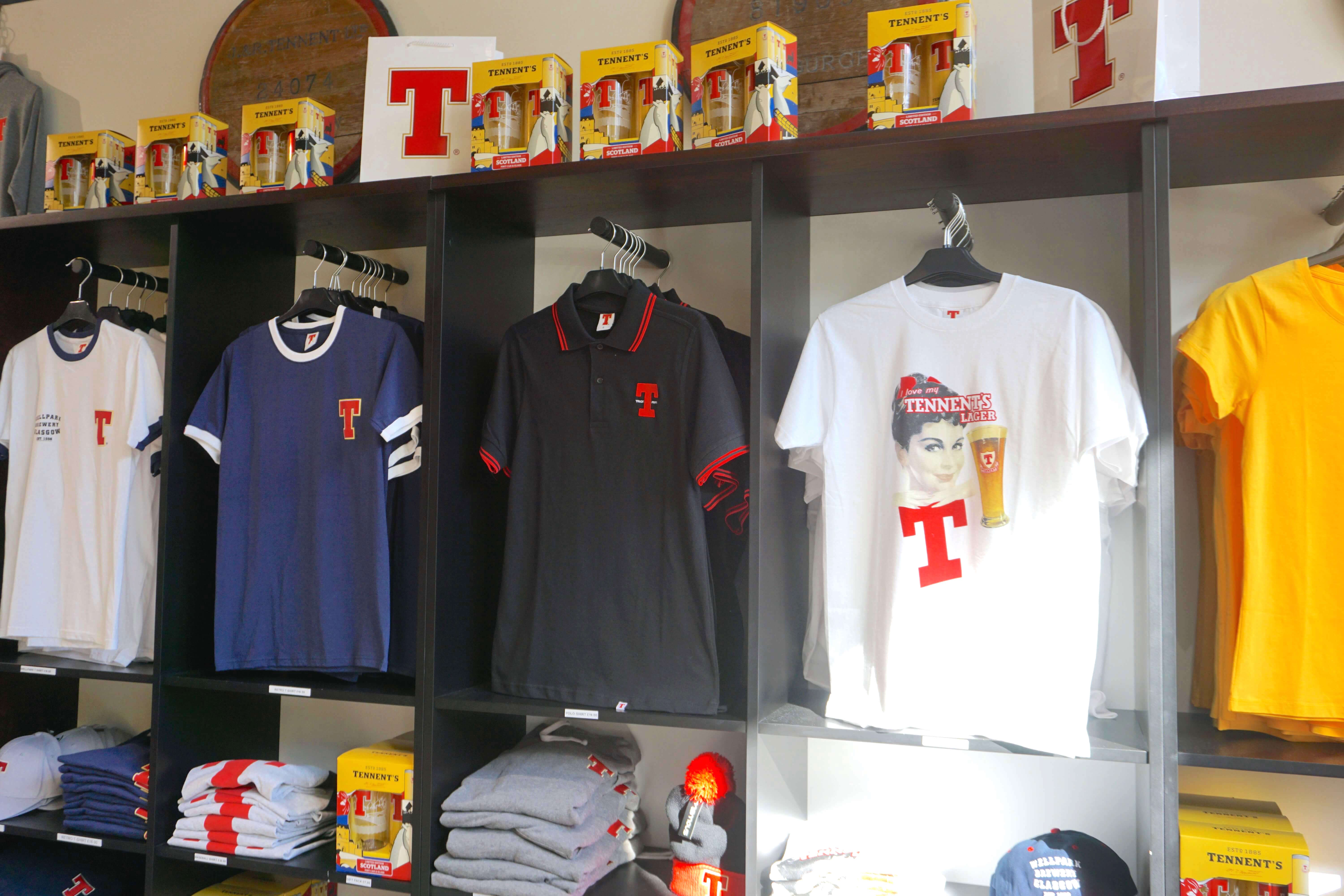 * All information correct as of April 2019

Check out these other awesome brewery tours around the world 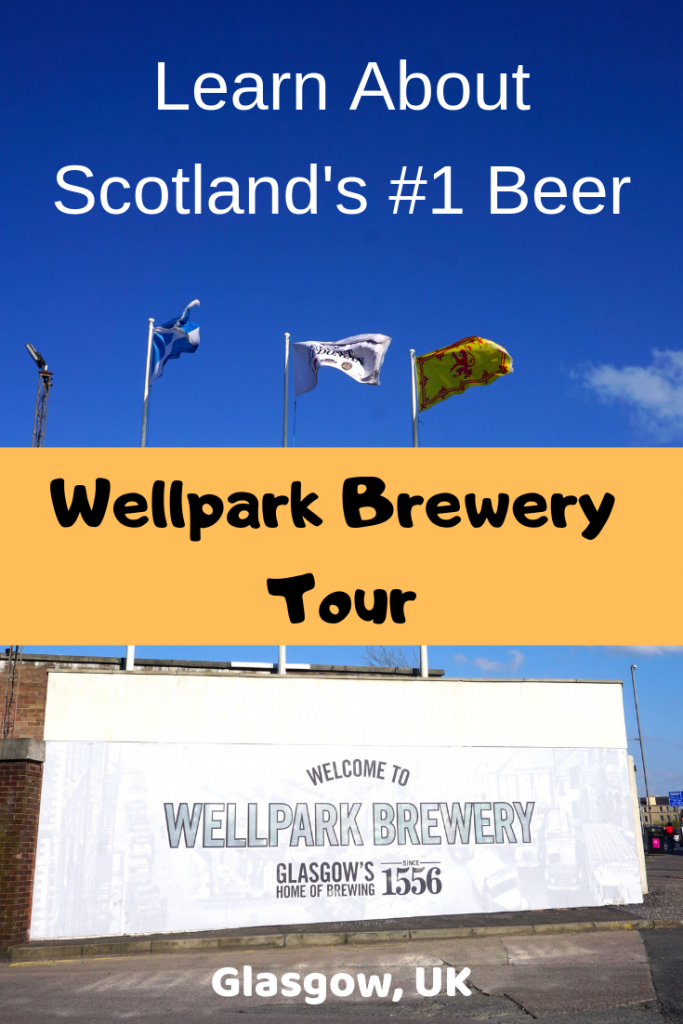