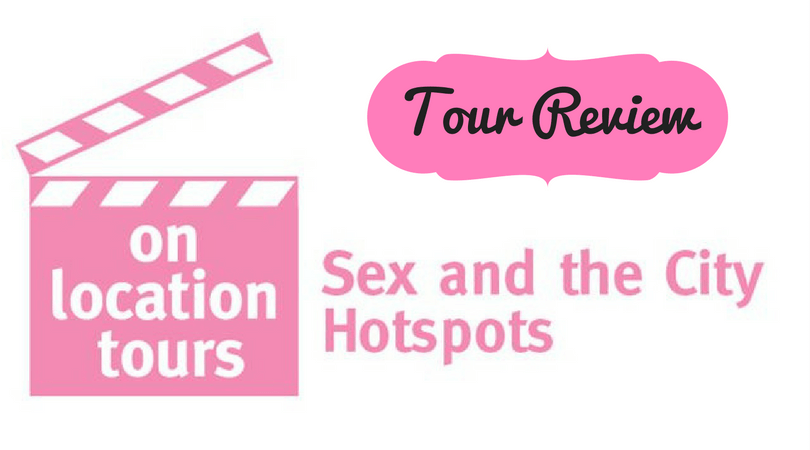 Several years ago, when I was still a student at university studying Media Studies, a family trip to New York City was booked and one thing I really wanted to do was go on a film or TV tour in New York. I didn’t care which one, I just had to do one. I was researching what tours where available before we went and then I saw it. There was a tour of Sex and the City hotspots. I had to do it!

Before we set off for NYC I pre-booked 2 tickets for the Sex and the City tour for me and my boyfriend of the time. 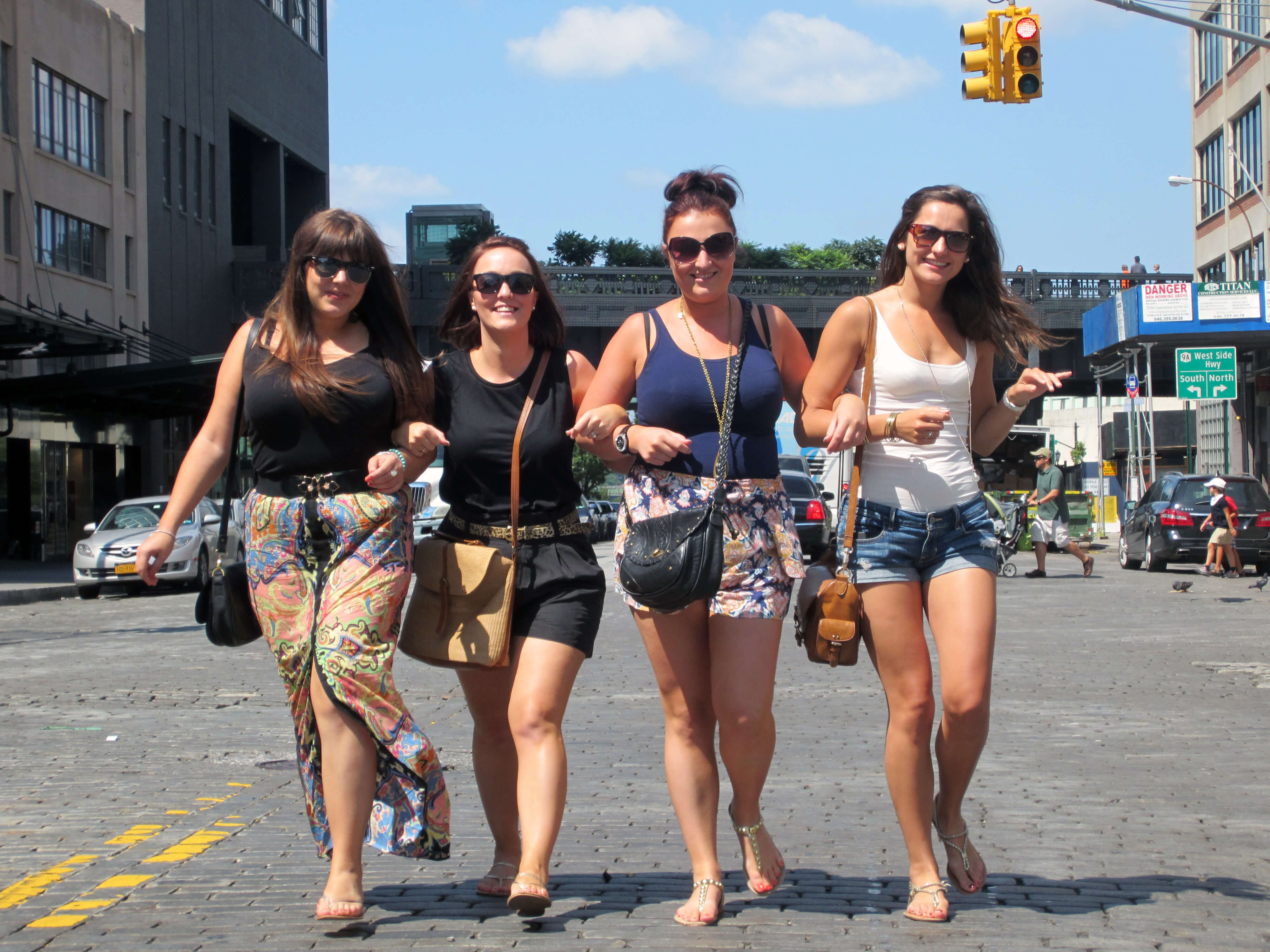 We started off the tour by getting on the bus (which was very comfortable) and the tour guide asked a few questions (who’s from where, which character are you, etc) to relax us and get us in the spirit of the tour. Our guide did a great job of bringing us all together. 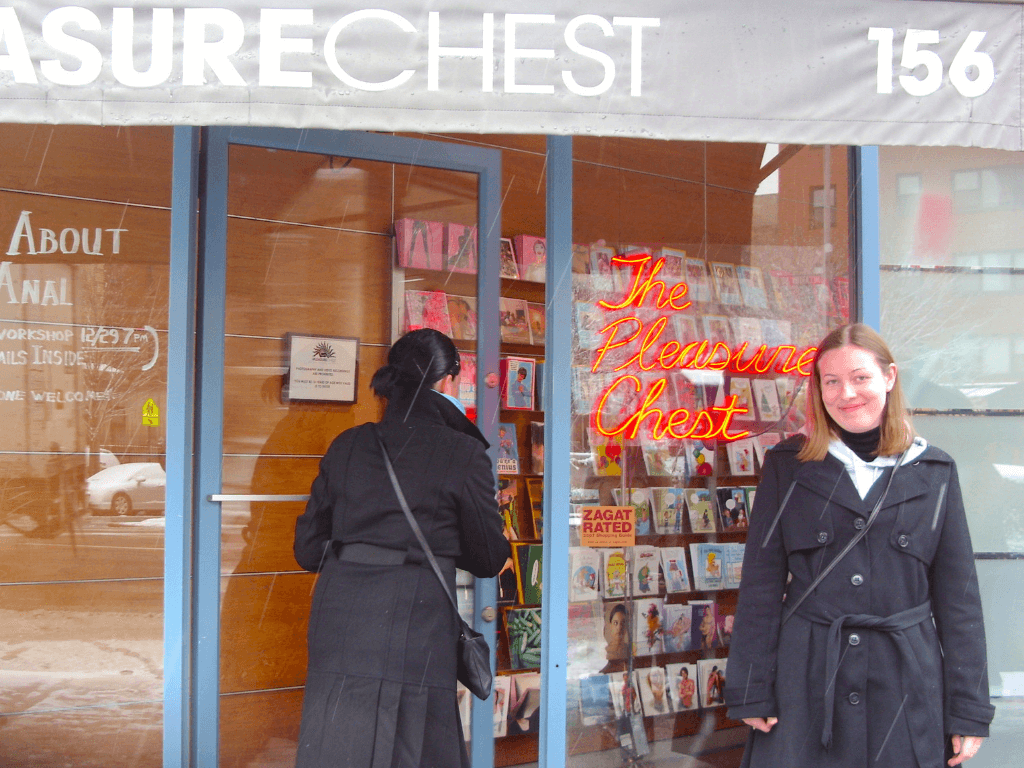 The sex shop Charlotte buys the rabbit from

We drove around New York City visiting several spots used for filming for the show. Sites such as the sex shop where Charlotte bought her rabbit, the spot where Carrie was mugged, the cafe Carrie and Miranda bumped into Aidan and Steve, the spa where Samantha tried to go to the pool during a heat wave, as well as visiting some places from the movie. 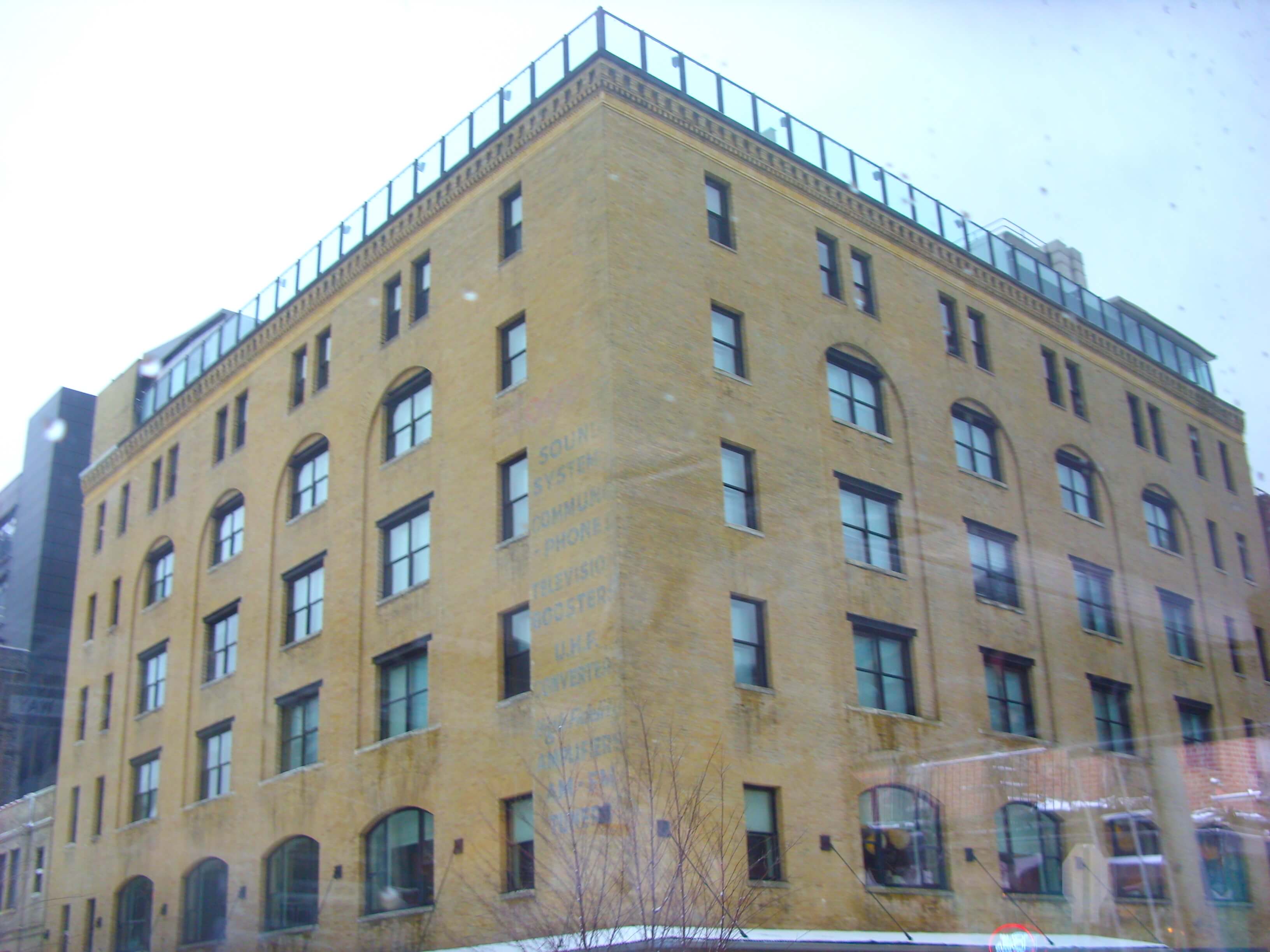 The pool Samantha tries to join during the heat wave 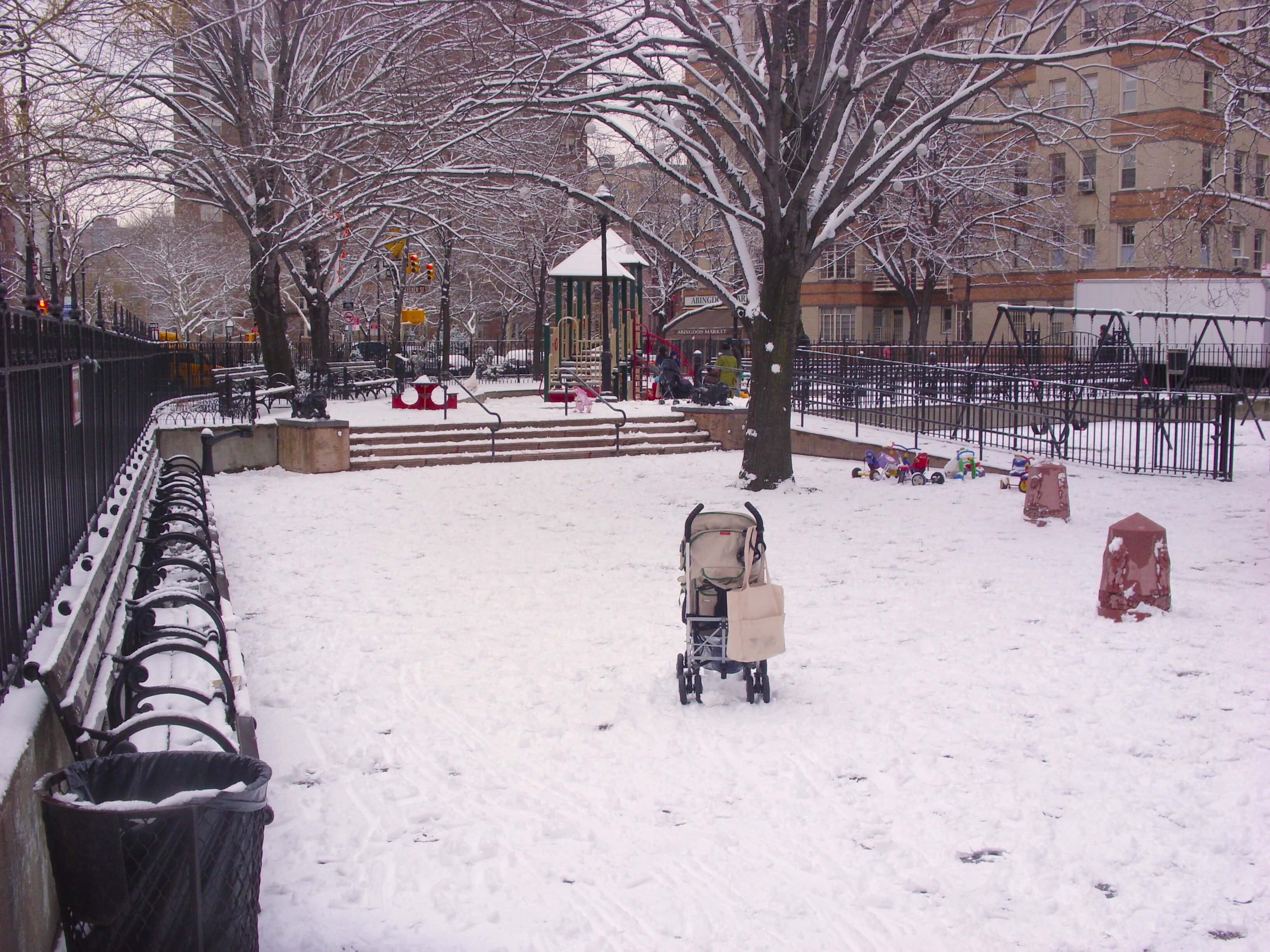 The park where Charlotte’s dog gets pregnant

Before each spot we were played a short clip to remind us of what happened at each location. It was great to watch some of our favourite scenes from the show but the tour wasn’t just delivered on the bus, a few of the places we actually got to visit. These were the sex shop, the park where Charlotte’s dog became pregnant, and the restaurant where Carrie and Big had the rehearsal dinner in the movie. 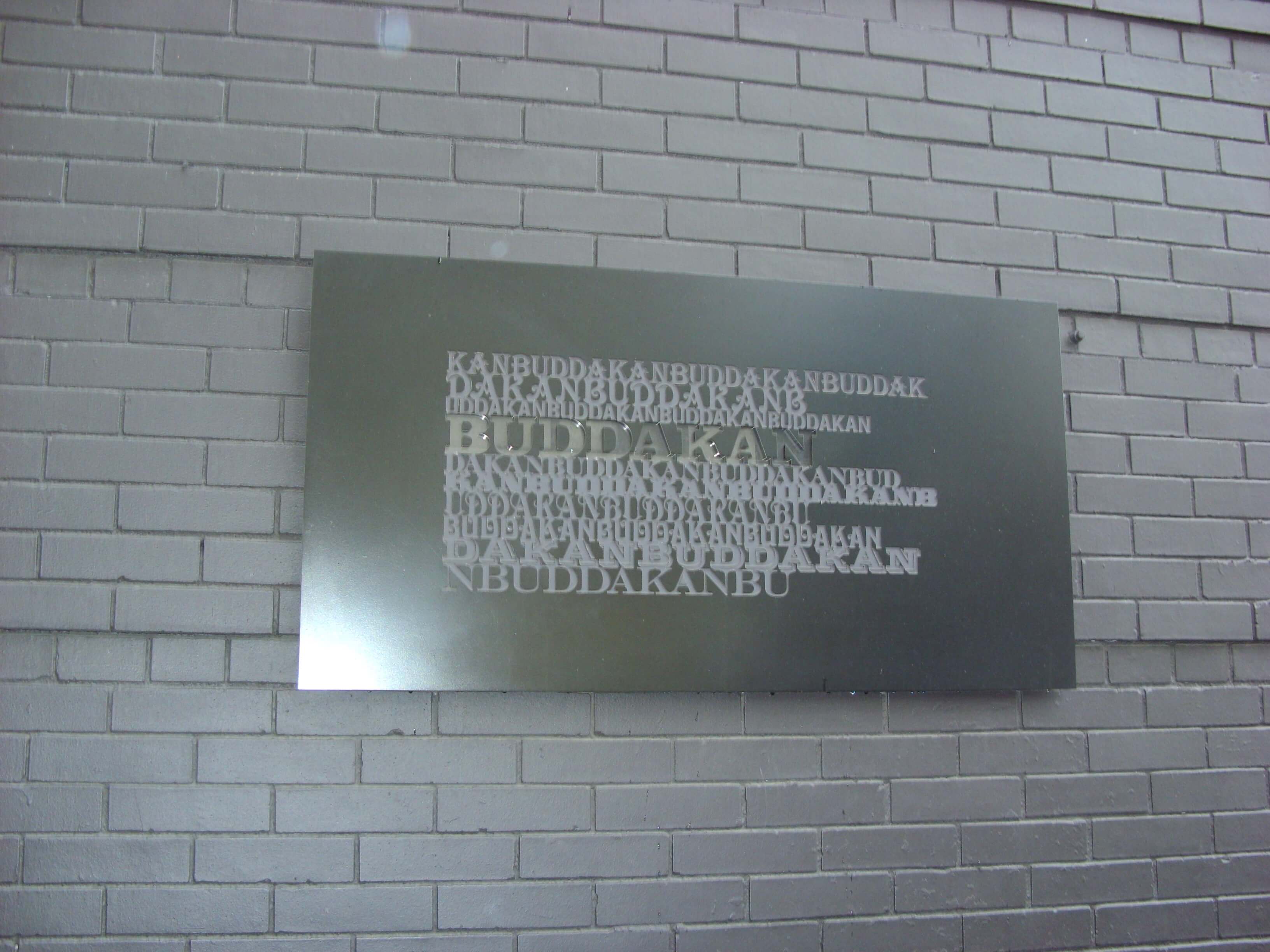 The restaurant they have the rehearsal dinner at 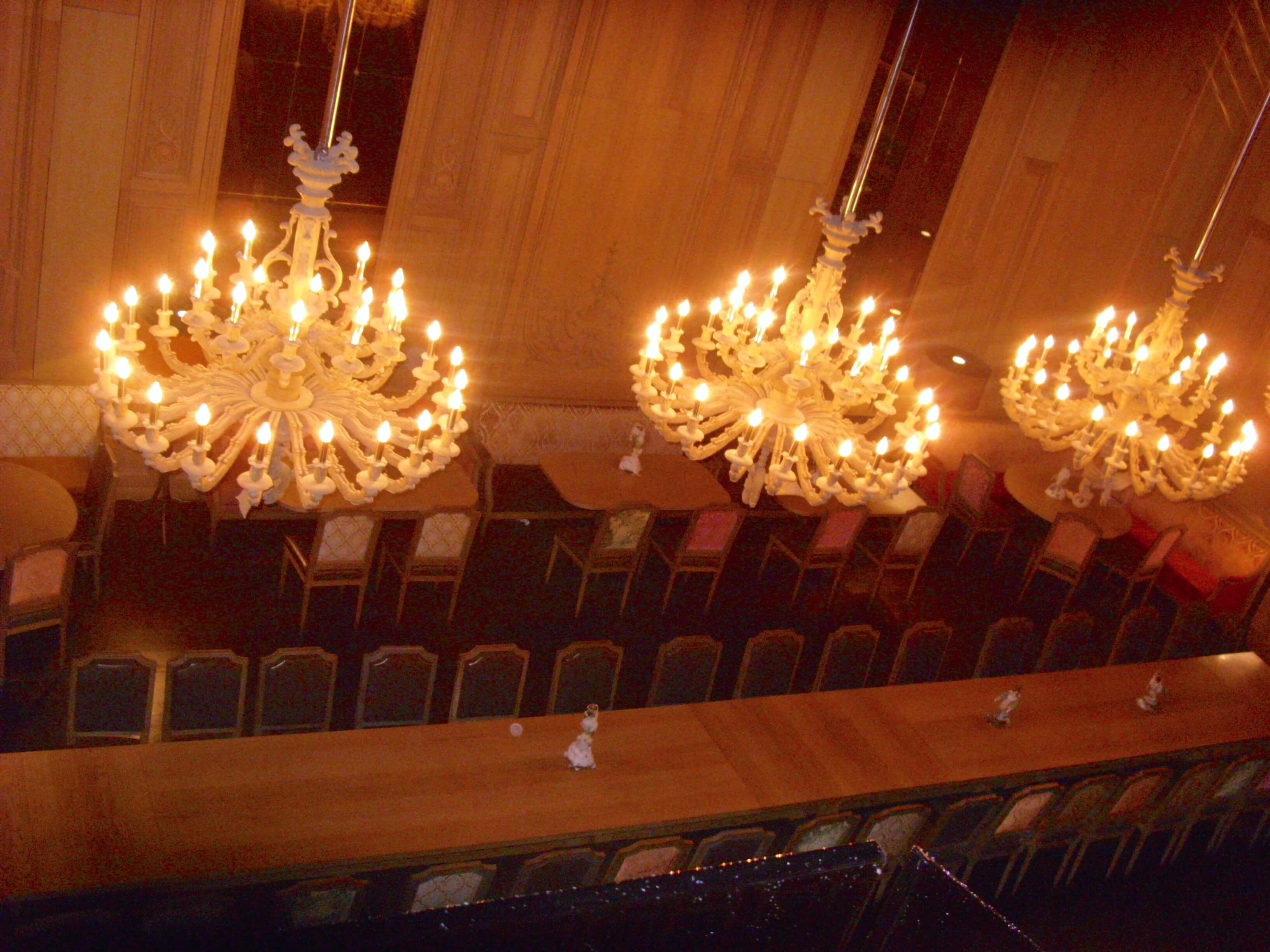 There were even treats on the tour. The cupcakes Miranda and Carrie are eating while they discuss Carrie’s new crush are handed out while we took our stop at the park. And I can confirm they are very yummy! 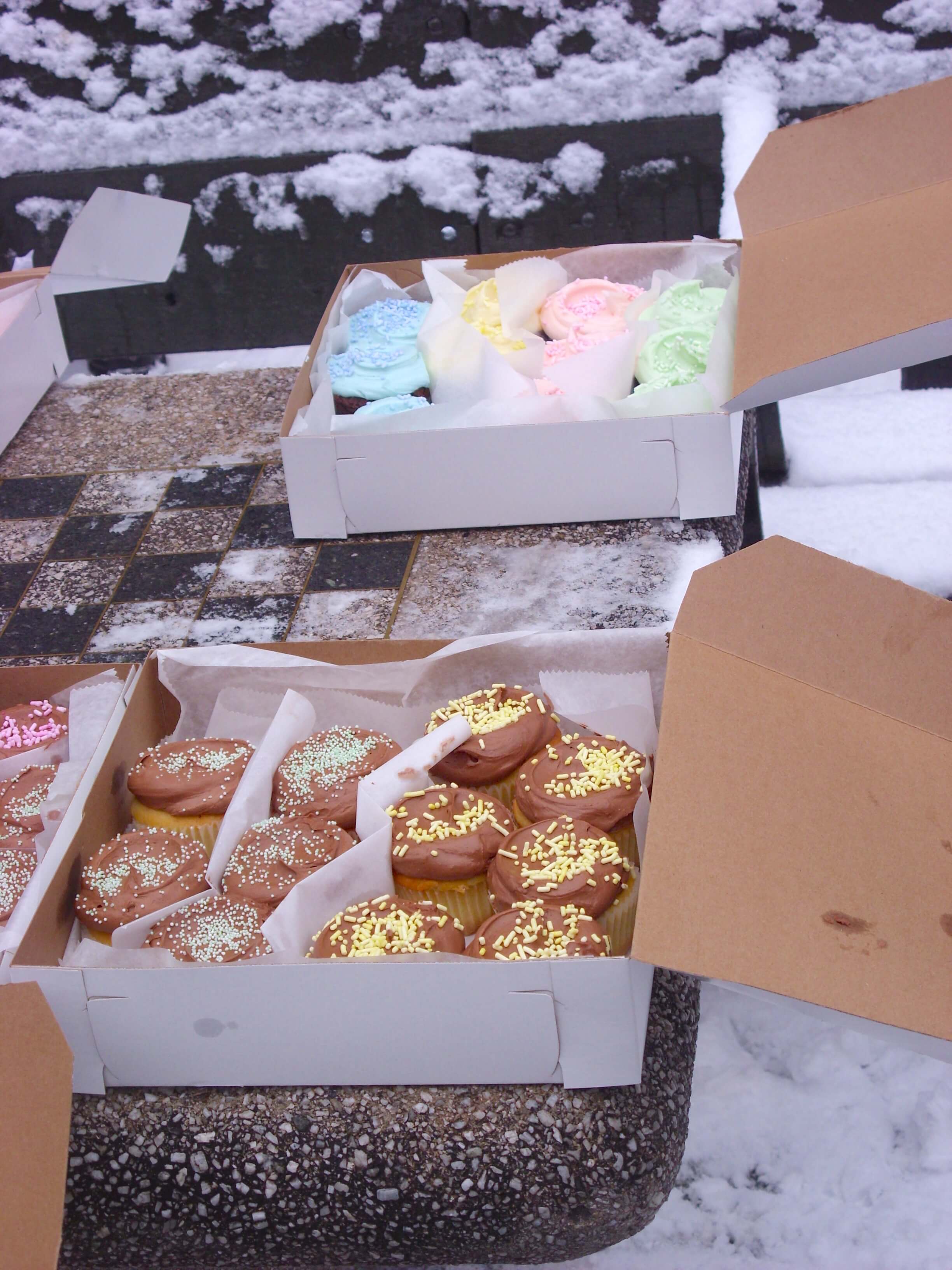 As they say, save the best for last, and that’s exactly what they did! The tour ended by taking a visit to Aidan and Steve’s bar, Scout. We walked through the bar to the most wonderful site, a row of cosmopolitans waiting to be drunk. Sadly these were not free, but I couldn’t resist paying the $9 so that I could have the ‘official’ drink of Sex and the City in the ‘official’ bar of Sex and the City. 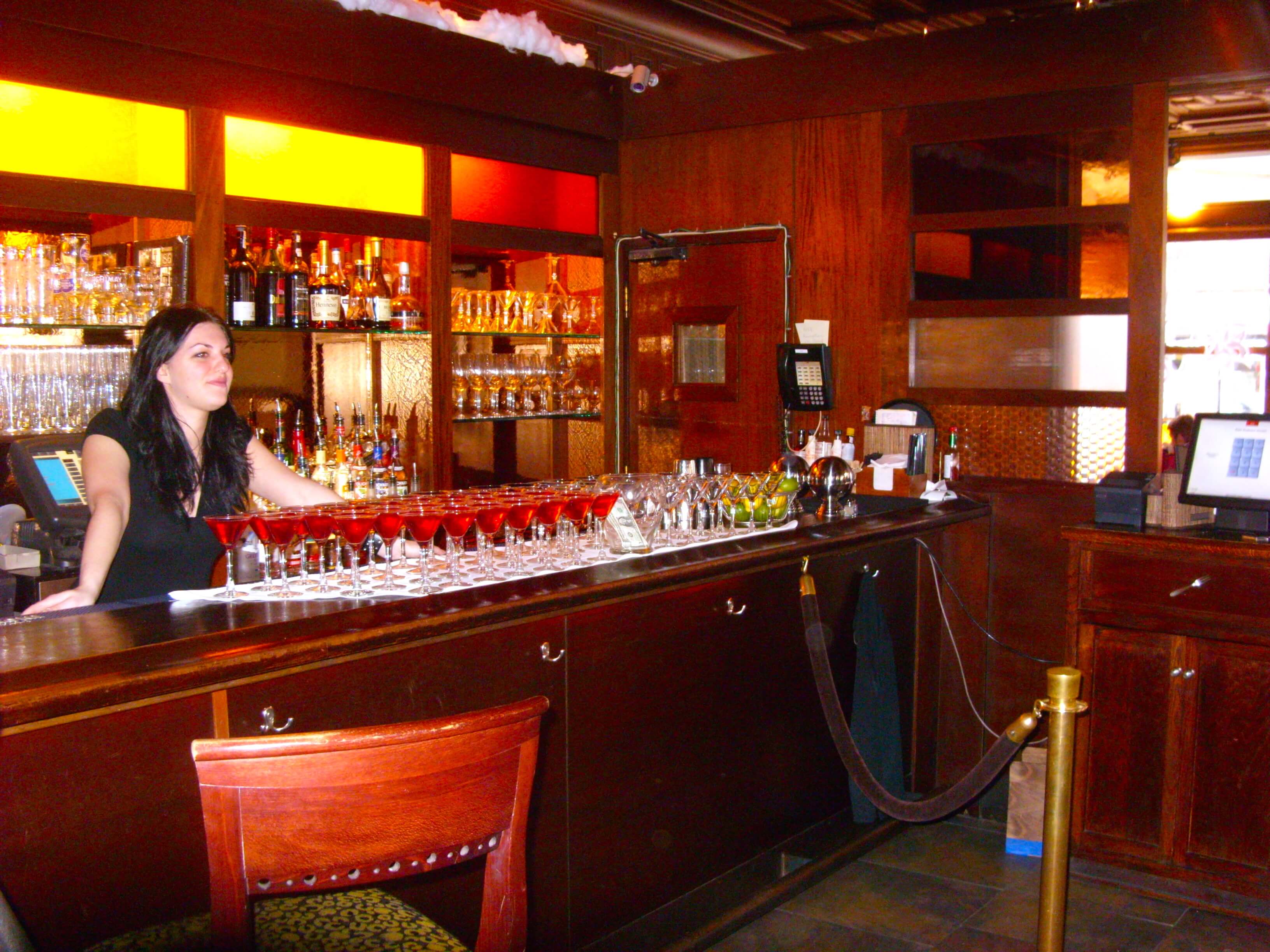 Did I enjoy the Sex and the City Tour?

‘Abso-fucking-lutely.’ I can’t stop smiling while thinking about this tour. It was such an enjoyable experience, it really is a must do tour for Sex and the City fans. It’s fun to see these places for real and experience part of this fantastic show. If you’re planning a girls weekend to New York you are really going to want to consider this tour. 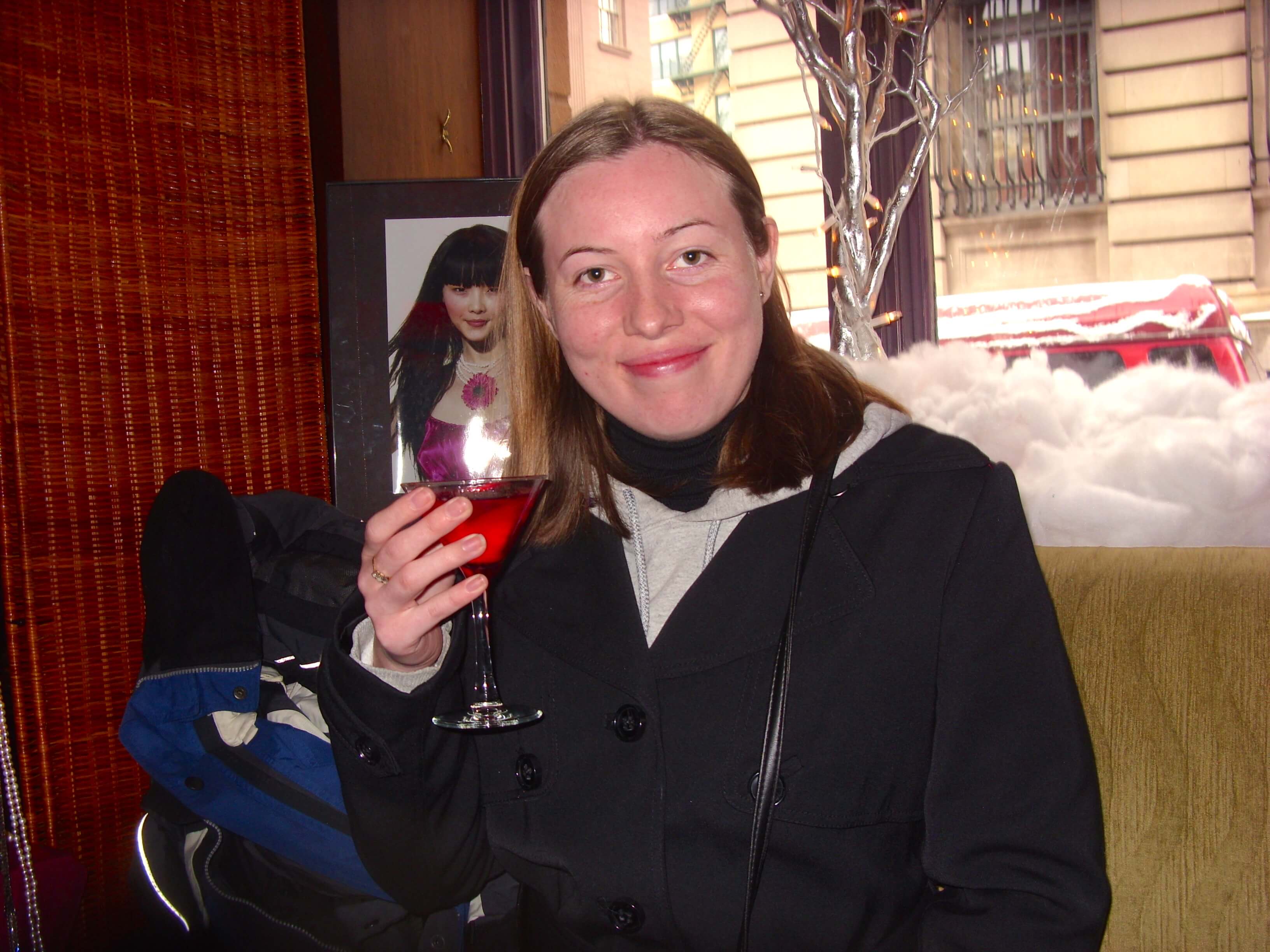 If you’re planning a girls trip to NYC this tour is a must! The tour was organised by On Locations Tour and they have do many other tours so check out the website to see what other tours they offer. When I return to New York City I hope to try out another one of their tours. 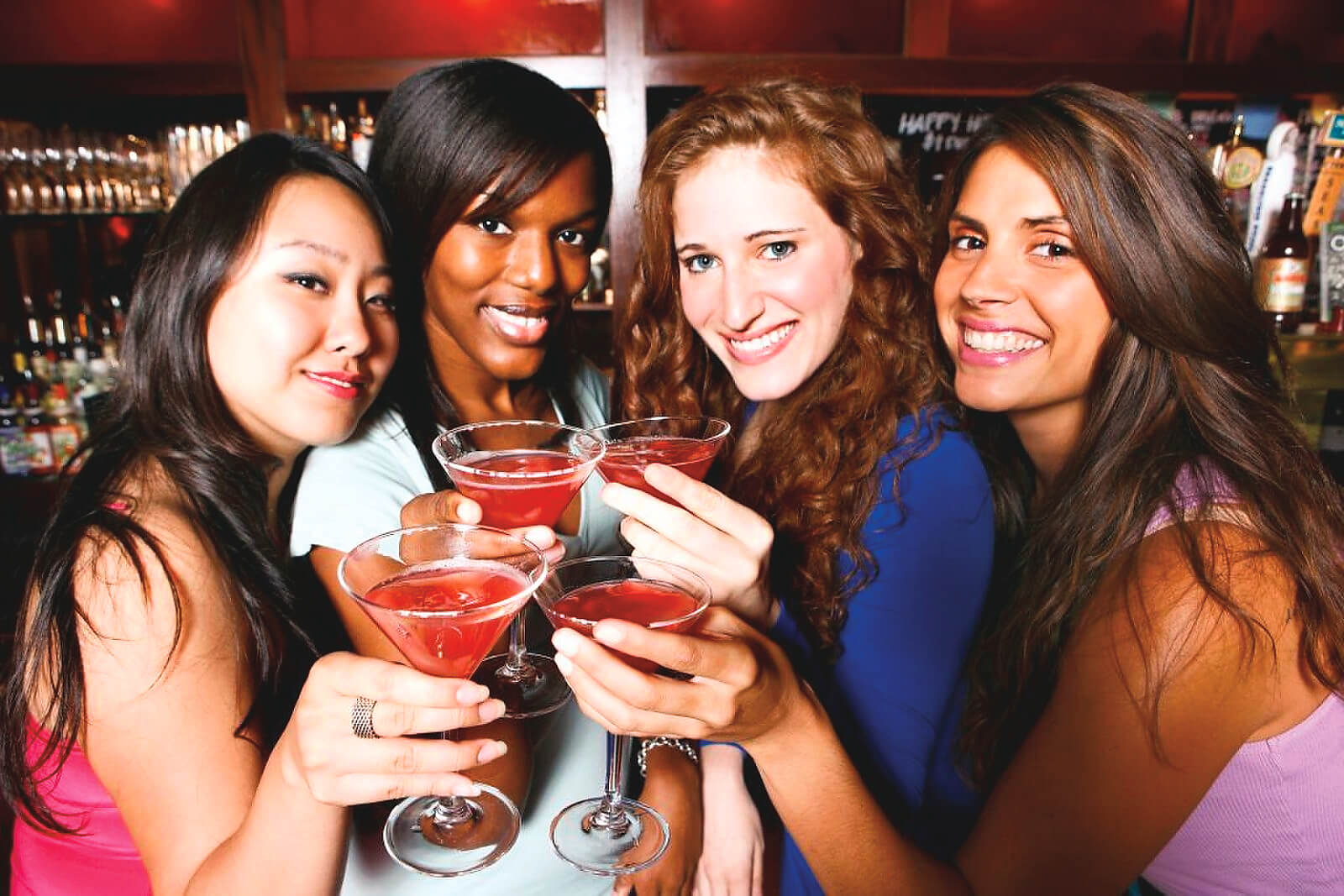 Still need to book your accommodation in NYC? Check out the latest deals on Booking.com with this handy search box

Need inspiration to help plan your NYC itinerary? These posts may help!

Are you a fan of SATC? Which character are you? I think I’m more a Miranda! 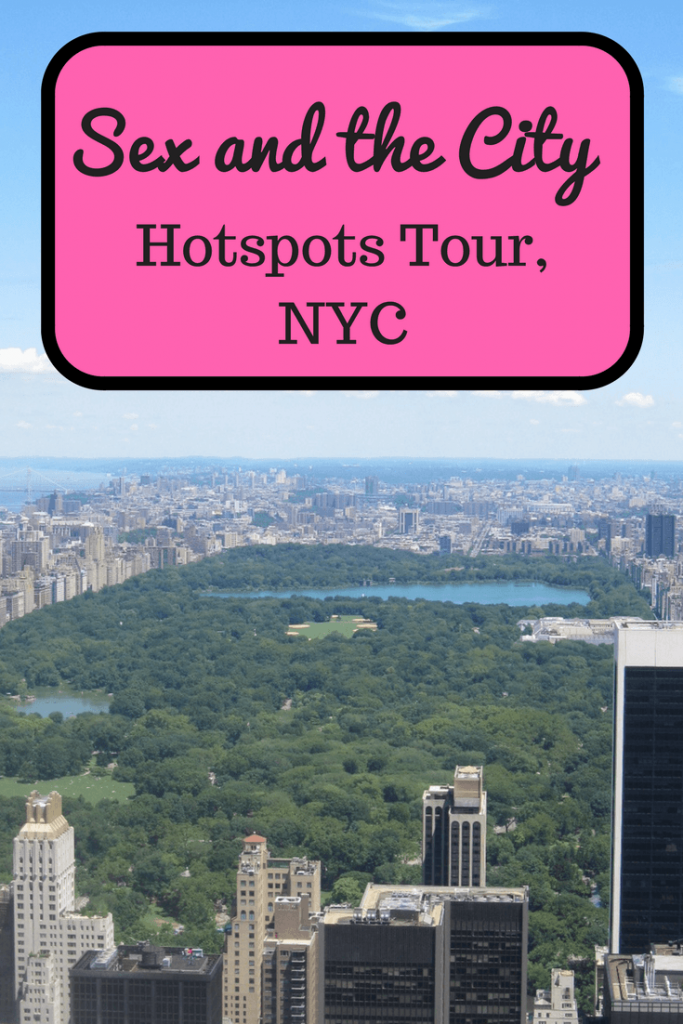 Review: The Signature at MGM Grand, Las Vegas
The Ultimate Guide to Cat Cafes in California
Taking a Helicopter Tour over an Active Volcano
Taking A Secret Food Tour Around San Francisco