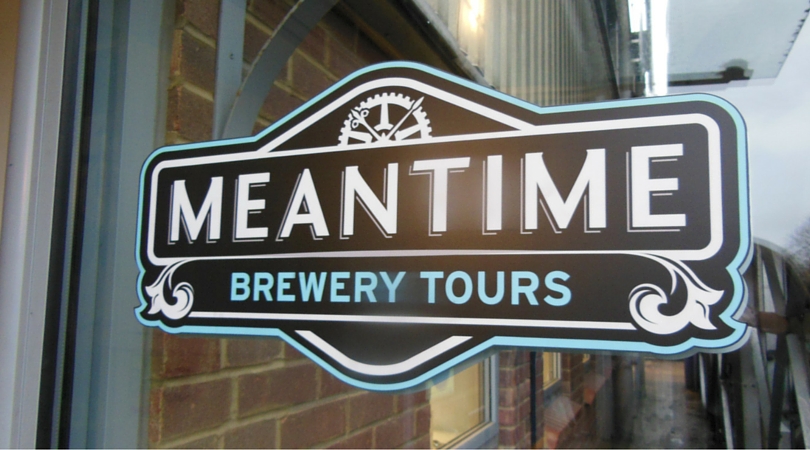 It’s no secret that I love my beer. The evidence is all over this blog! So when a friend asked me if I wanted to join her and some other beer lovers for the Meantime Brewery Tour I knew I had to do this.

The Meantime Brewery is an award winning craft brewery based in Greenwich, London not far from the 02 Arena and was founded in 1999 by Alastair Hook who trained at a special brewery school in Munich. In fact, in 2015 Alastair was named Brewer of the Year by the All-Party Parliamentary Beer Group so you can be assured he knows a thing or two about brewing good beers.

Meantime have 12 regular beers on offer as well as a variety of limited edition seasonal ales throughout the year. 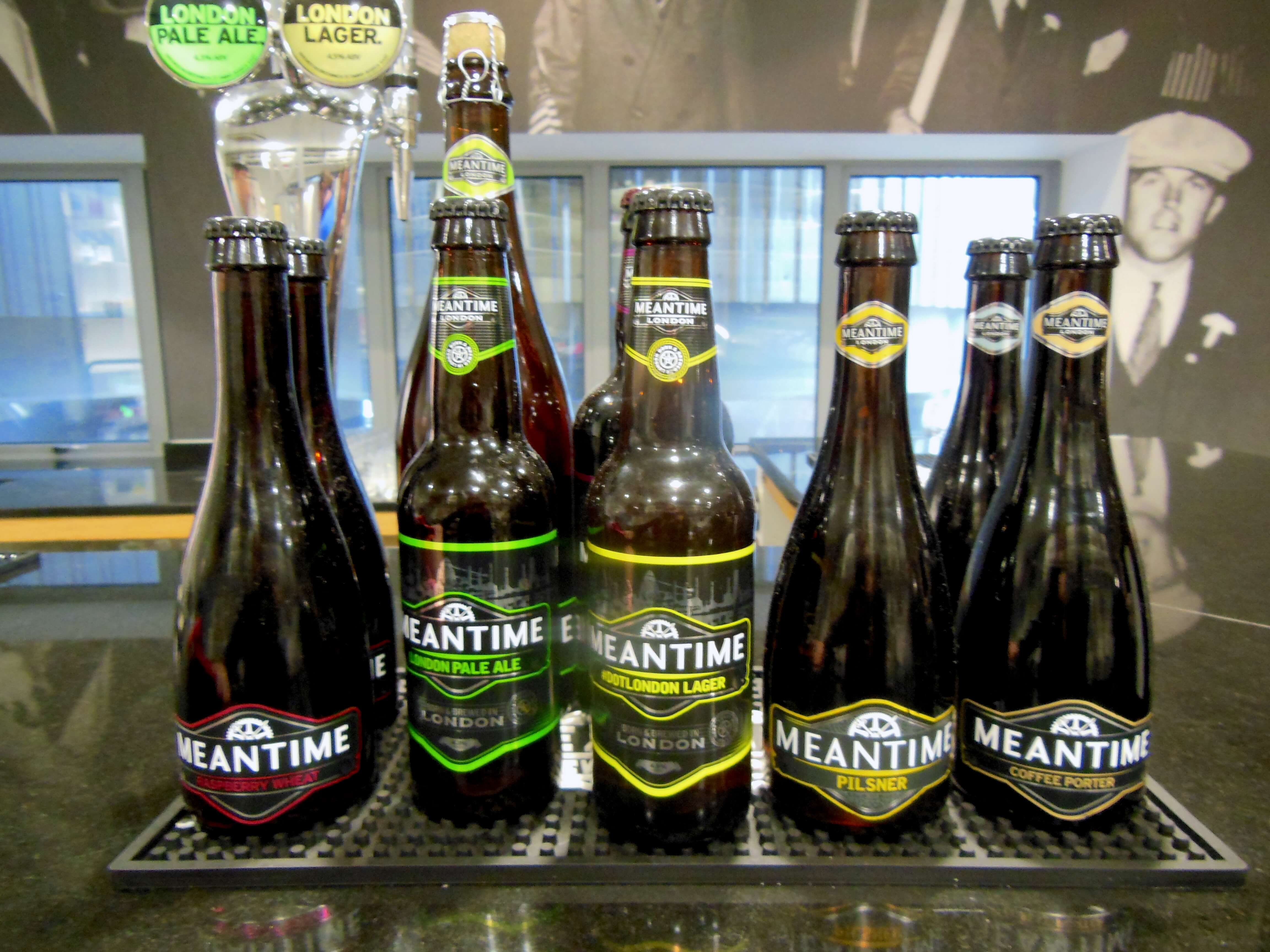 This was my first brewery tour so I was excited to get started. On arrival we entered through the bar and quickly found ourselves in the gift shop while we waited for the tour to start. Be careful about doing this if you get there early though, the shop is filled with lots of tempting goodies for beer lovers!

When it was time to start the tour we were gathered outside and introduced to our tour guide, Dan. He started off by explaining that the tour would be two hours long, pretty standard for a tour I thought. However, I wasn’t expecting what came out of his mouth next. We were told that the tour would be split into a one and a half hour tasting session followed by a half hour tour of the brewery. Surely I had heard that wrong! We would be spending most of our time drinking? Excellent! 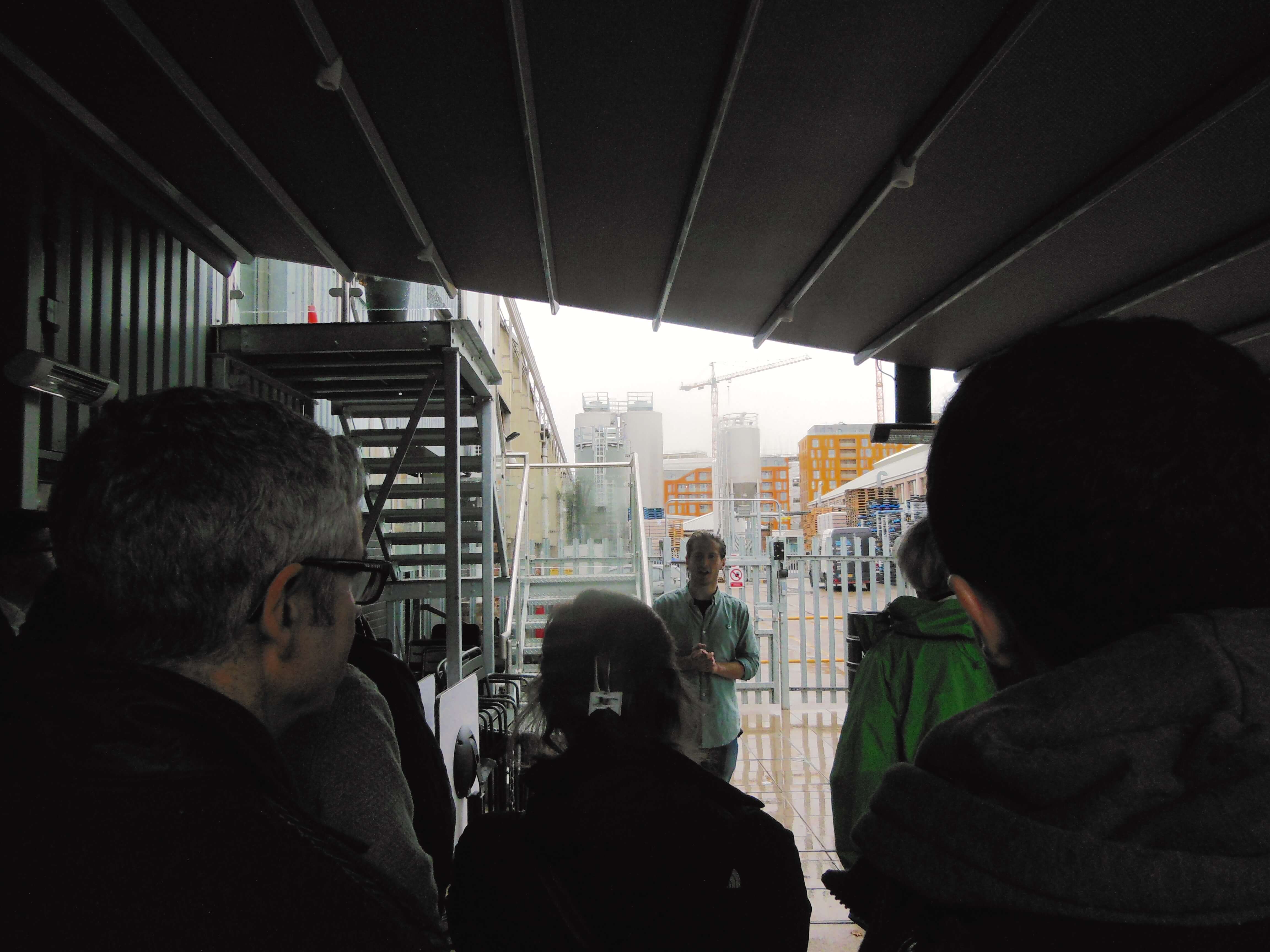 Once the news that we would be spending most of the tour drinking had sunk in, it was time to be escorted to the tasting room. For a group of about 25 people it was quite a small room but I’m guessing they weren’t planning on needing a tasting room when designing the brewery! 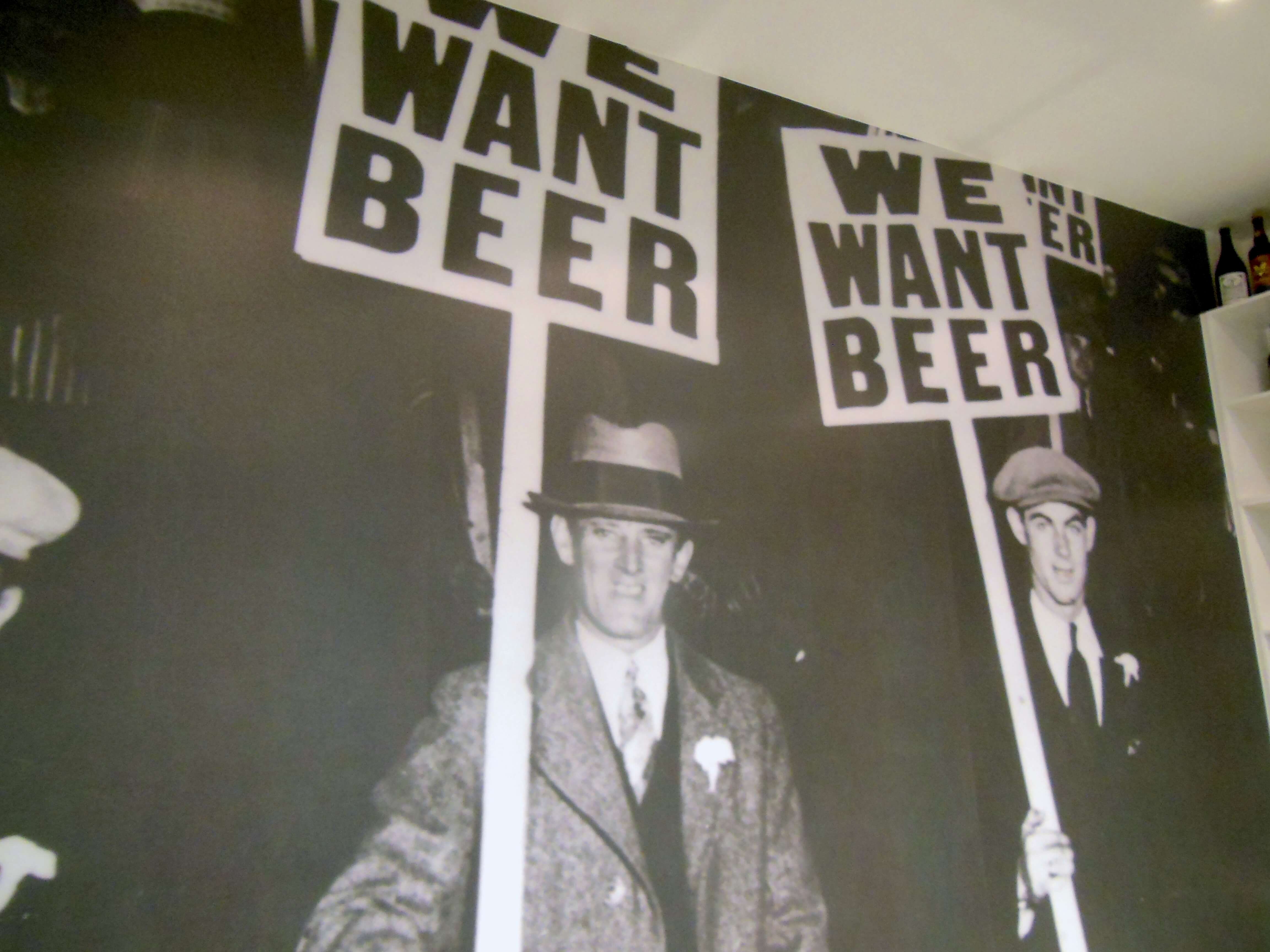 The room was pretty cool though. While they got everyone in and everything set up I was distracted by all the different beer bottles and glasses used to decorate the room. It’s quite fun to try and find all the beers you’ve tried and the ones you want to try soon. 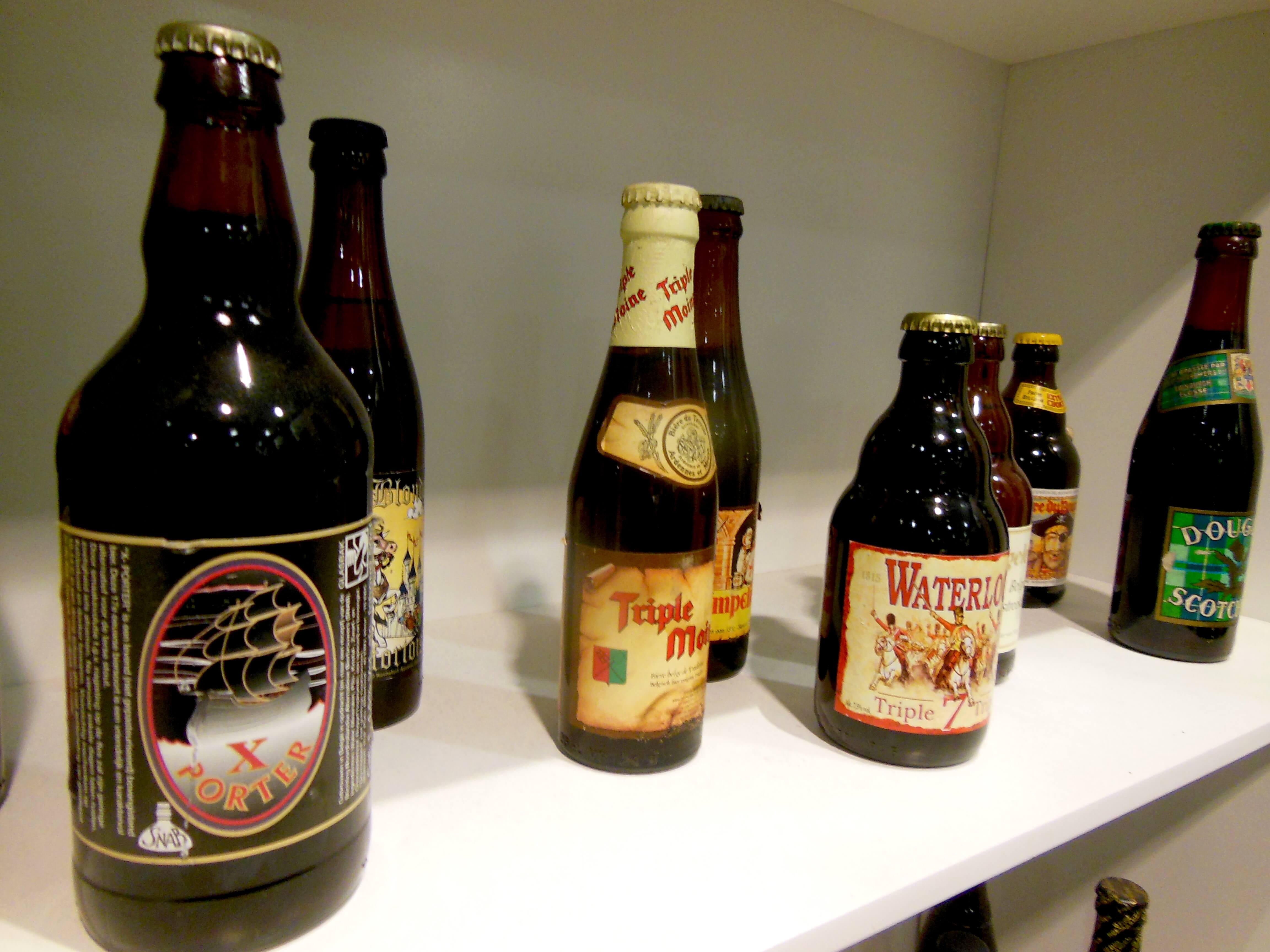 Needless to say, I quite enjoyed the tasting! We got the chance to sample five of the Meantime beers. The first was their biggest selling beer, the Pale Ale. Next was a more all purpose beer, the Pilsner before enjoying one of the ‘Fest Beers’. After that it was time to try the Stout and then finally the Yakima Red. 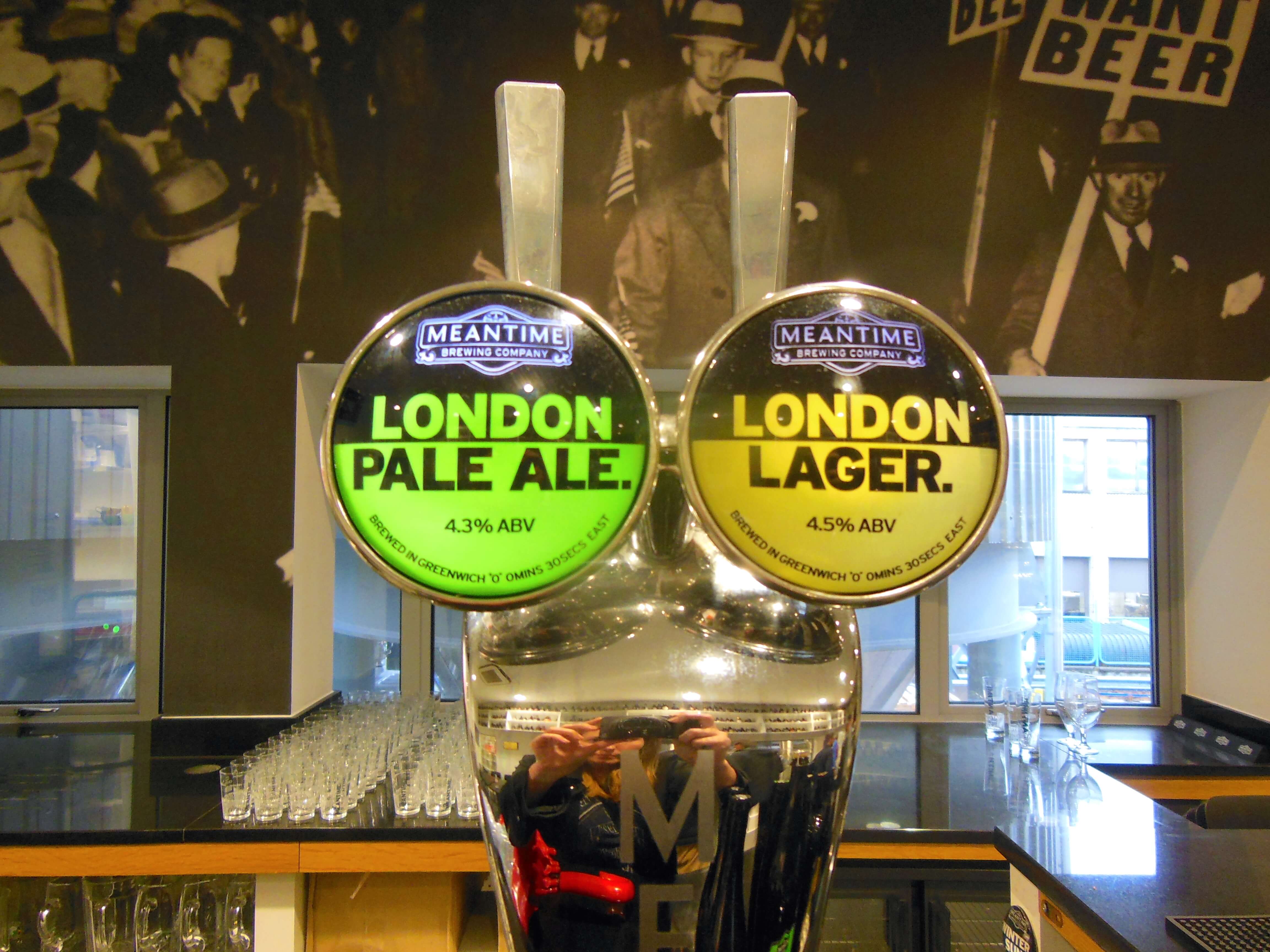 Sadly we didn’t get a pint of each, it was a ‘tasting’ after all, but the glasses were a decent size and if you’re lucky like me you’ll have a friend on the tour who hates beer so can’t finish her glasses. 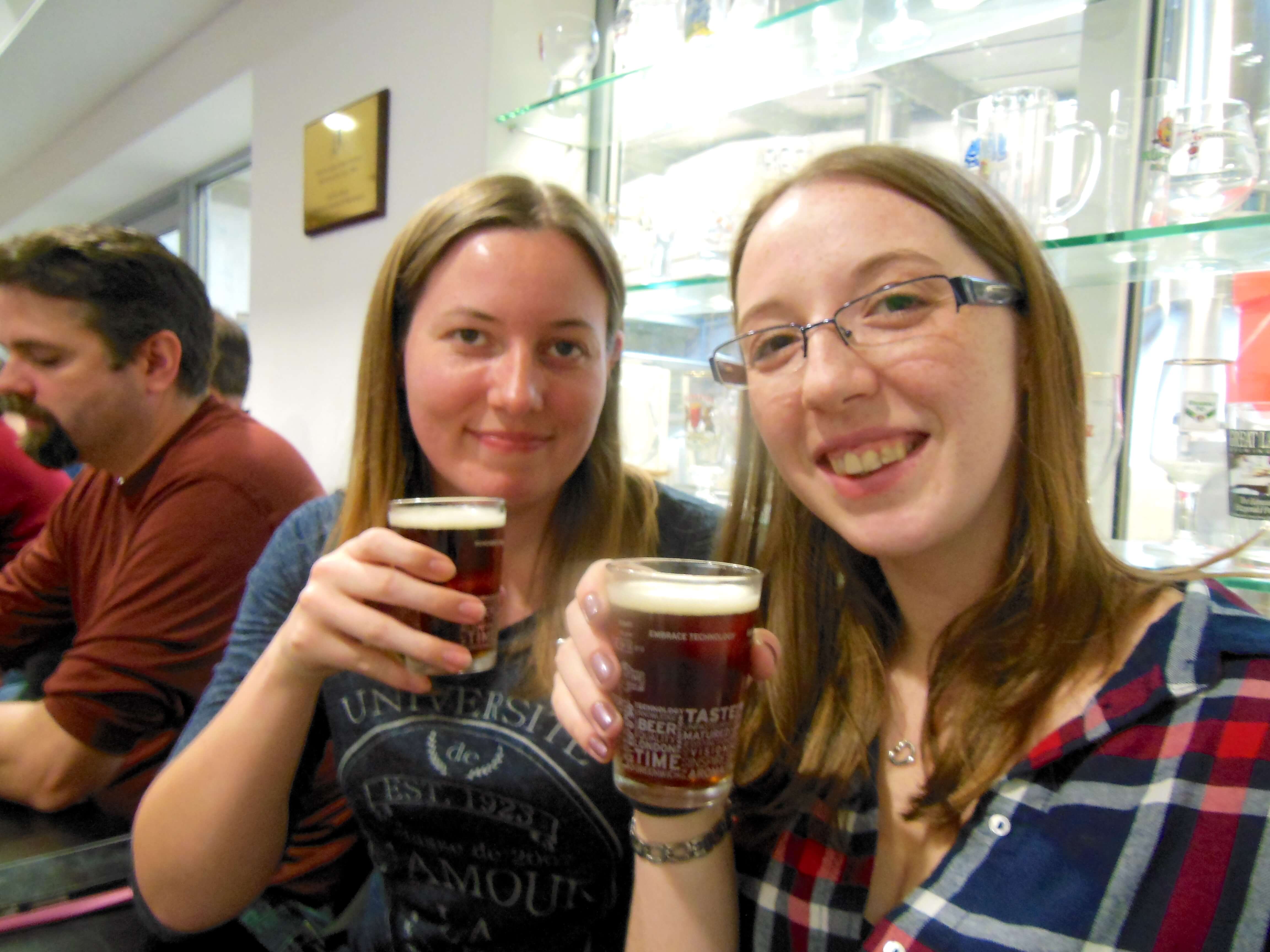 Once we were well lubricated it was time to take the walking tour part of the brewery tour. At this moment I couldn’t understand the logic behind getting us drunk first but maybe it’s their way of keeping their brewing methods secret. It was fun to walk around and listen to our tour guide even though now writing this I can’t remember a thing he said! 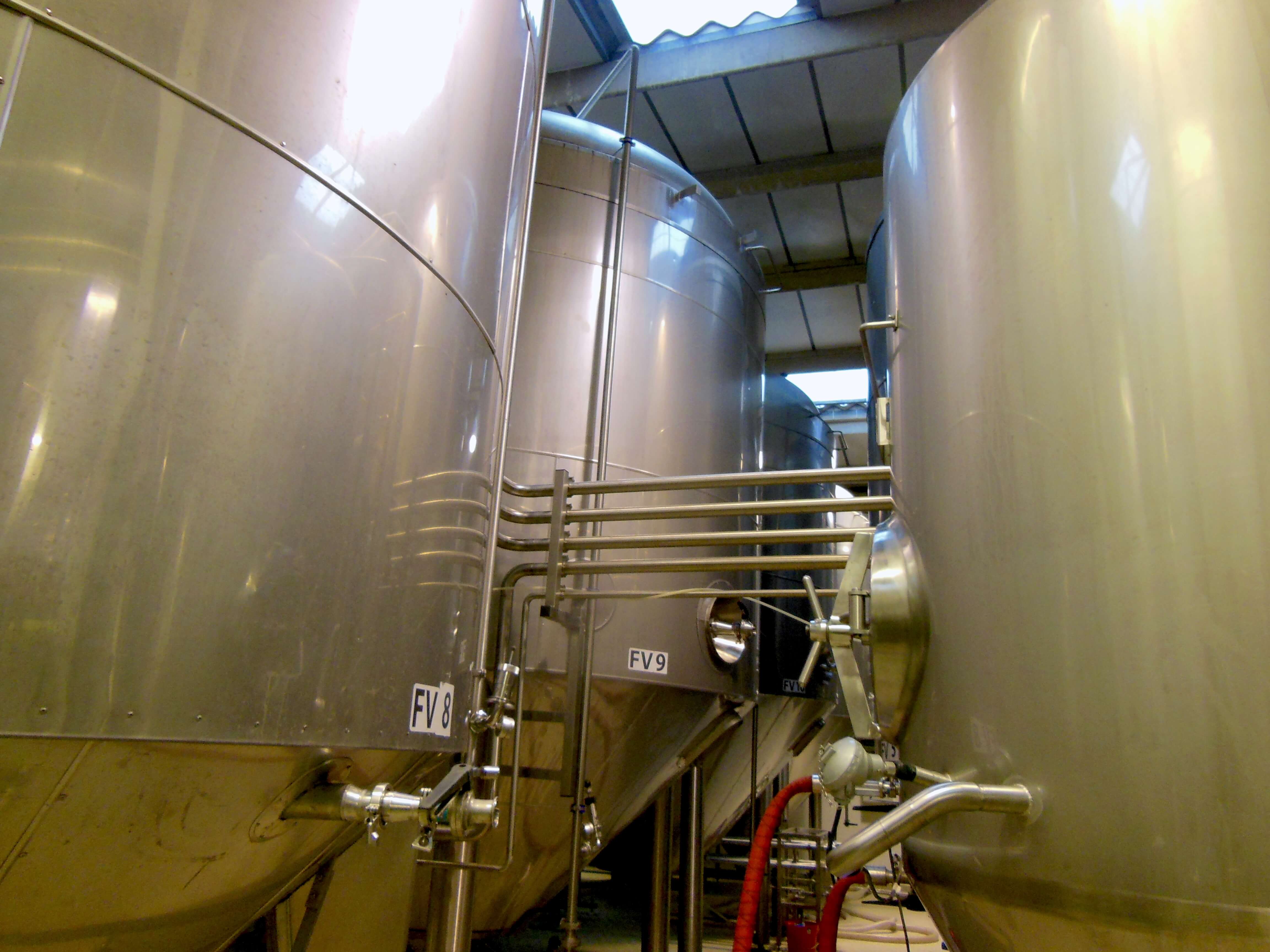 The part of the walking tour I do remember, weirdly, is the packing area. Our tour guide seemed surprised it was operational. Maybe they normally shut it off for tours? But the geek in me was enjoying watching the conveyor belt. Not sure if I should admit that! Can I blame the booze? 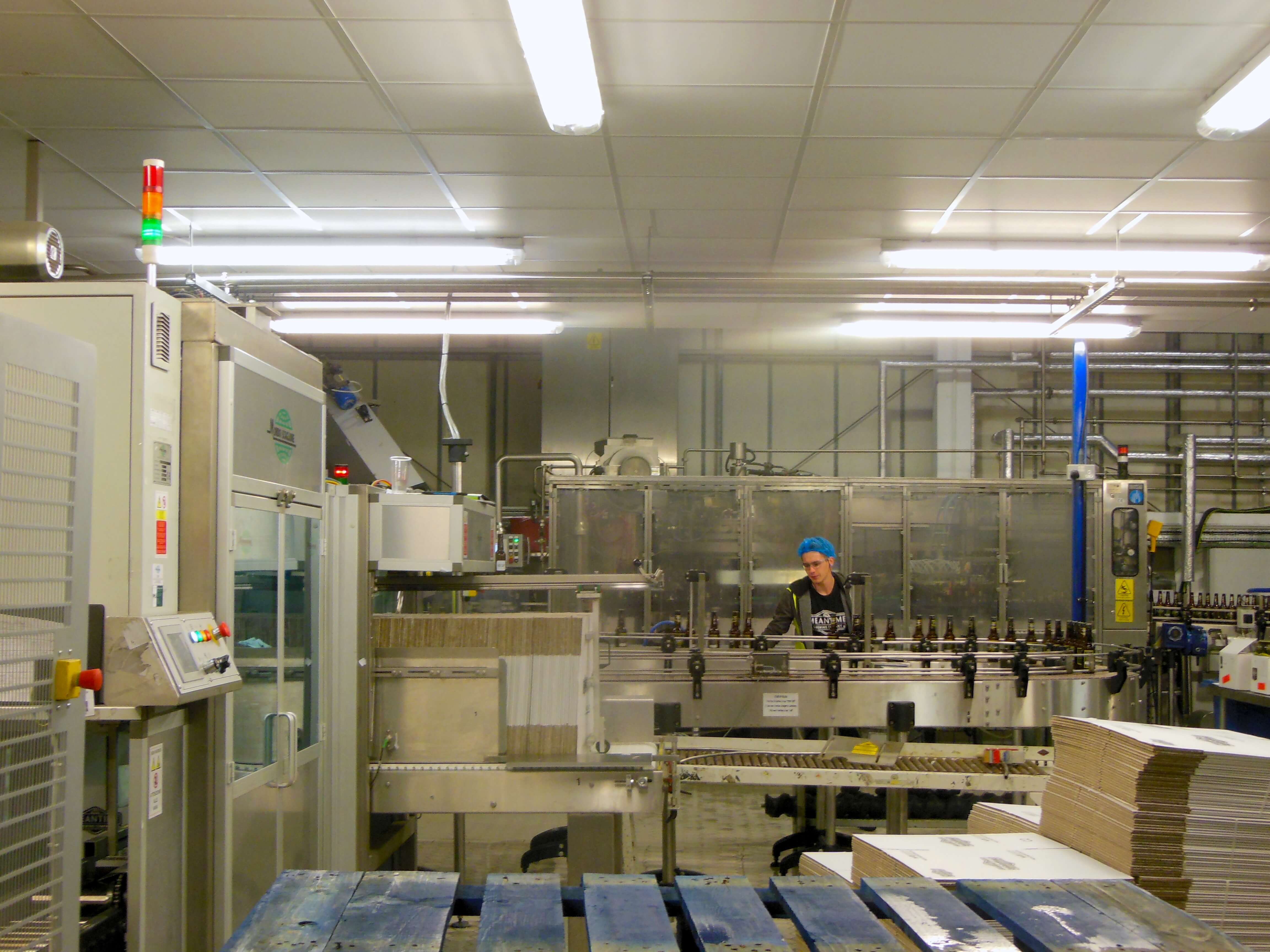 After our walking tour of the brewery was done it was time to head back to the bar where we started the tour. Once here it seemed a shame not to have a full pint of one of their excellent beers. Perfect way to end my first brewery tour! 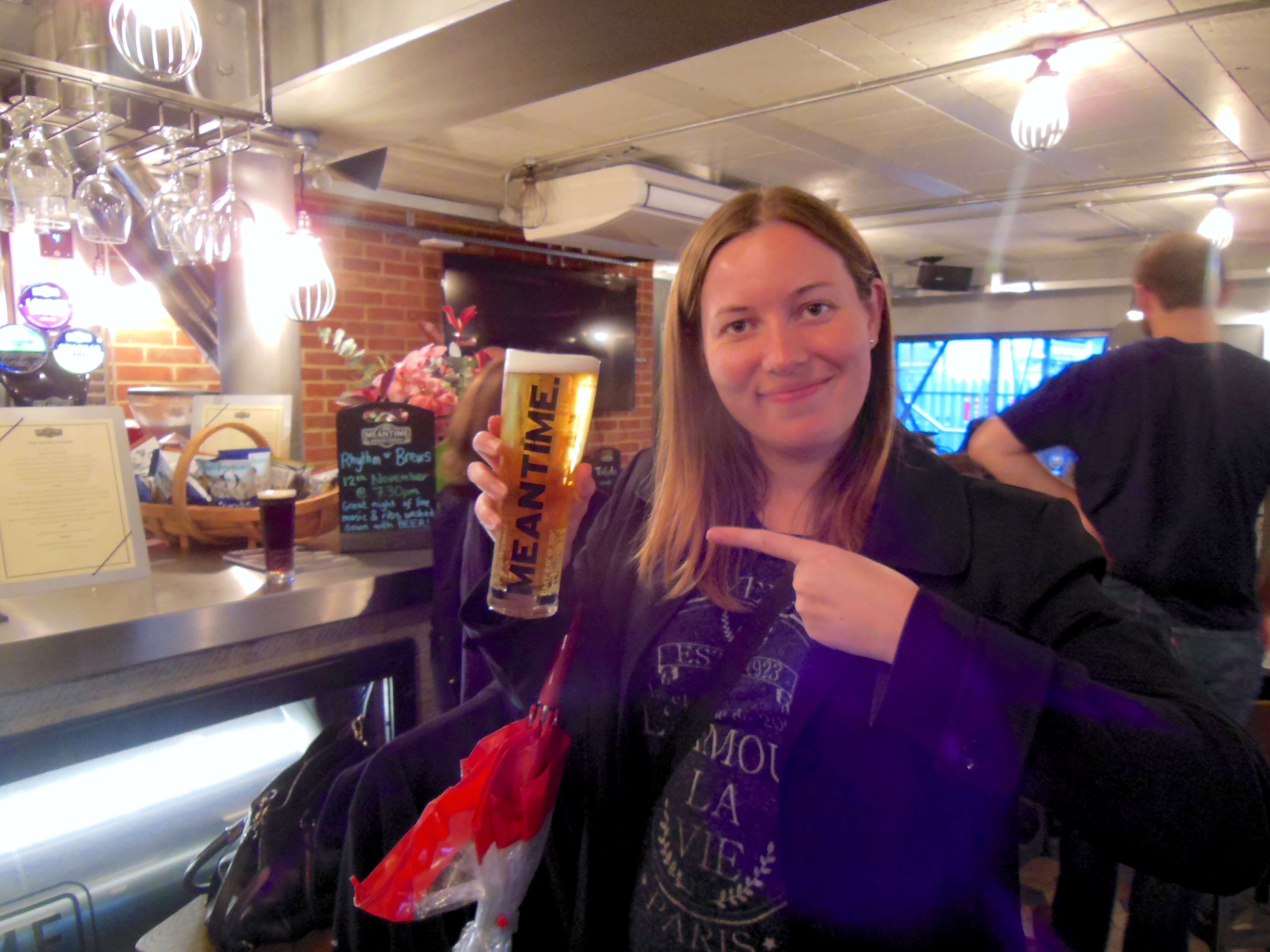 Need some inspiration to help plan your London trip? Maybe these will help

Love visiting breweries? Check out these other awesome brewery tours around the world 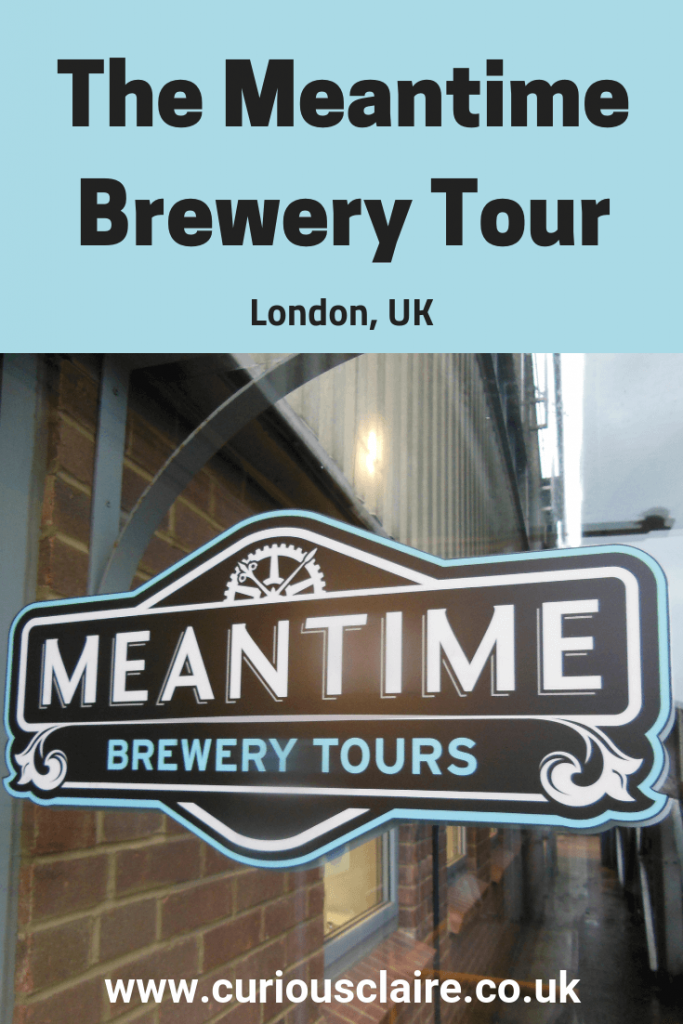 There’s Something Not Right at Leinster Gardens
Taking the Tennent Brewery Tour at Wellpark Brewery
Taking a Ride on the Gin Lovers Afternoon Tea Bus
Svalbard Brewery: My Visit to the Northernmost Brewery