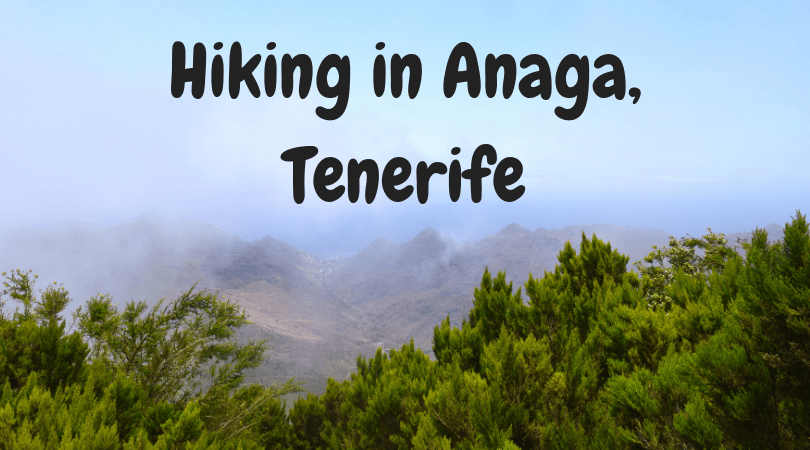 Tenerife is the largest of Spain’s Canary Islands and is a popular holiday destination for us Brits, with most of us heading for the beaches and resorts of Los Cristianos and Playa de las Américas. When I came here five years ago I did what most visitors do and never left Los Cristianos the whole week I was there. When my mother announced the family would be returning to Tenerife I knew I had to go out and explore the island more this time around.

Before I had even left England I had gone on to Google to see if there were any walking tours in Tenerife available. I was going away with the family but I knew I was going to be the only one who wanted to go hiking. We were staying in a hotel in Los Cristianos and to get to any hiking sites myself would have required renting a car. That’s why I decided to go for a walking tour rather than do it myself! 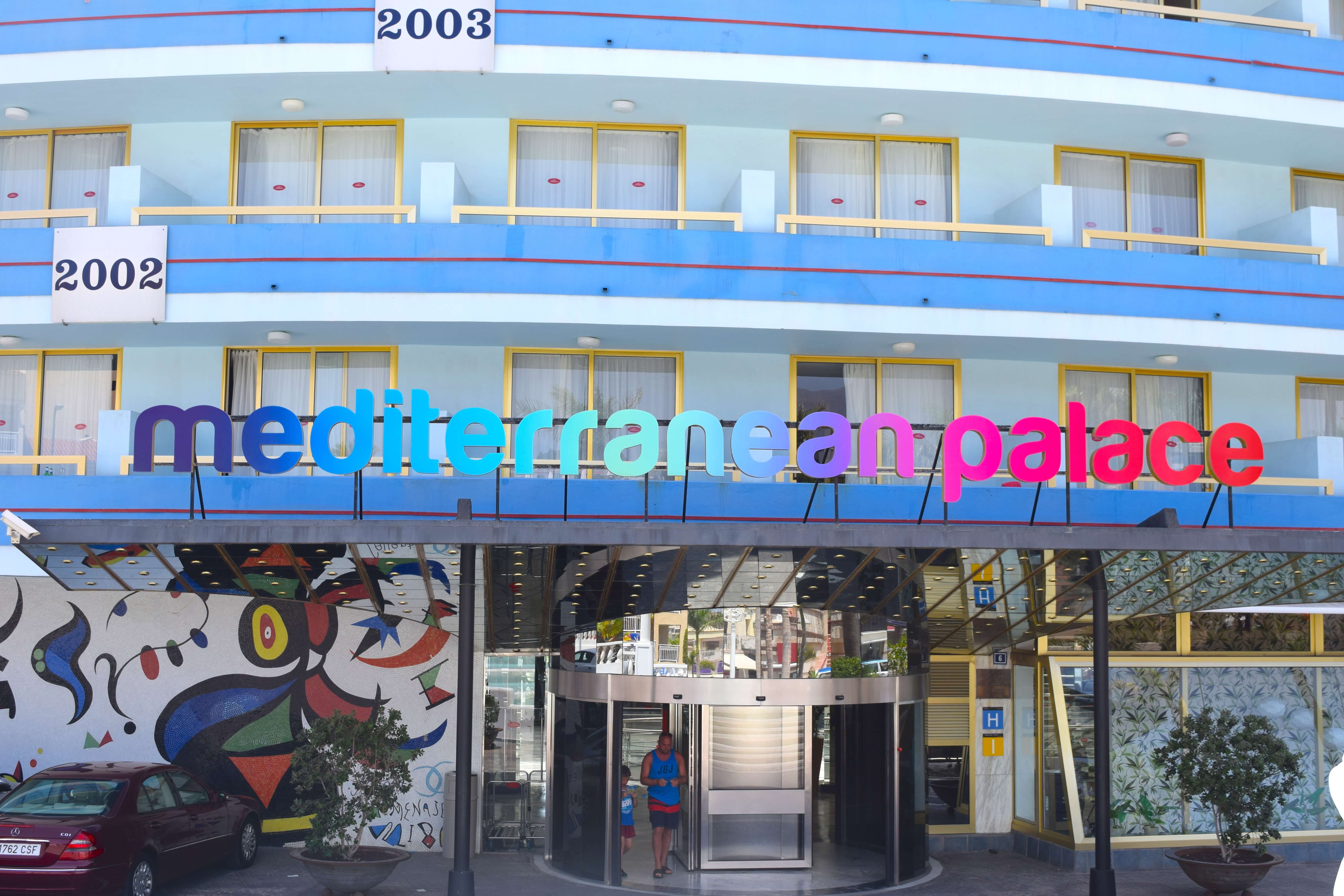 A quick search on Google led me to Tenerife Guided Walks. I sent them an email with the dates I would be in Tenerife and quickly had a response from Andy. As it turns out, he was picking up another guy from my hotel on the Friday so I decided to join them. I didn’t even ask where they were going, I was just so desperate to see more of Tenerife! 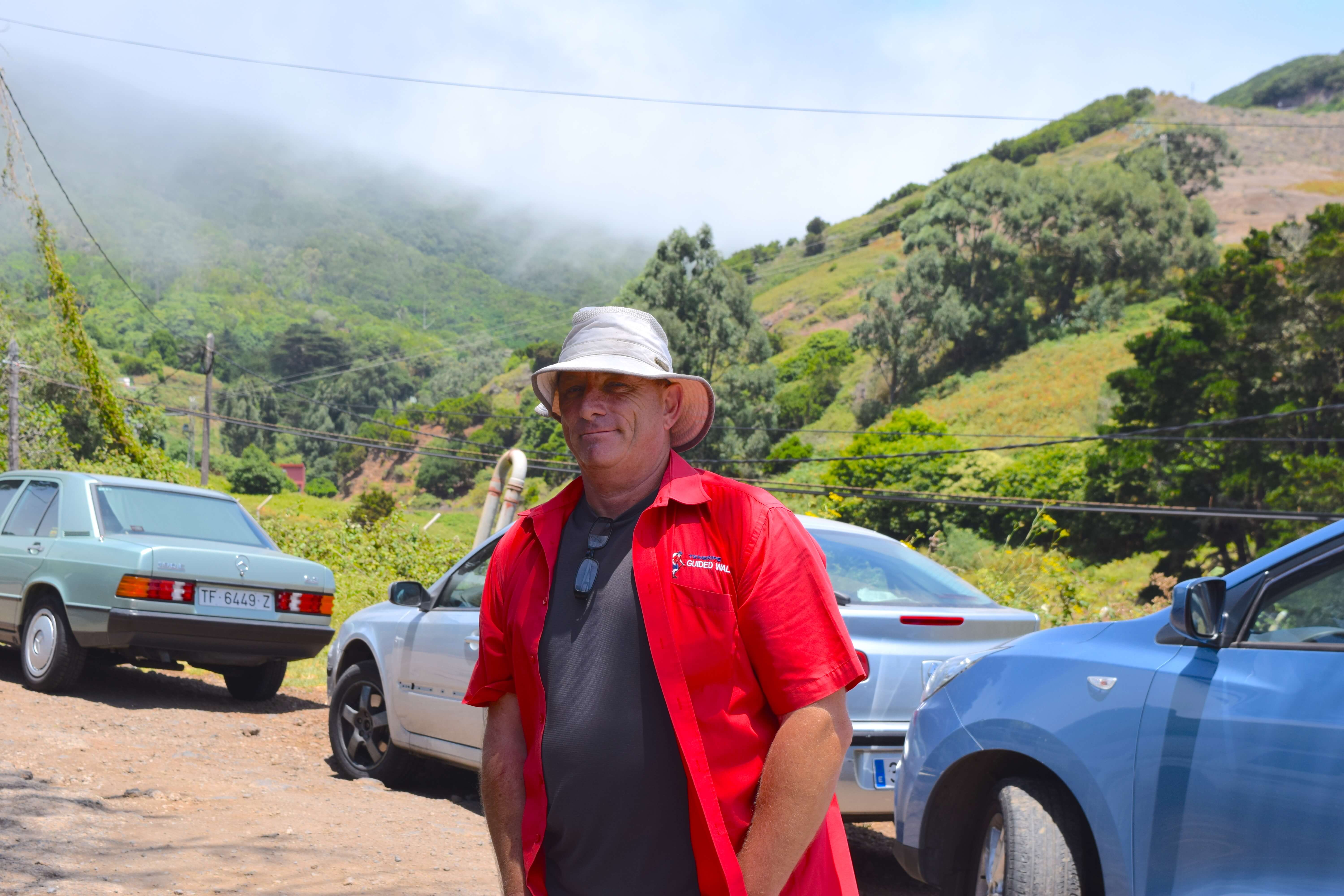 As it turned out we were going to the Anaga Mountains, which I must admit, I had not heard of before. Like a lot of people I knew about Mount Teide but wasn’t aware of the other mountains in Tenerife. Another great reason to book on a walking tour! 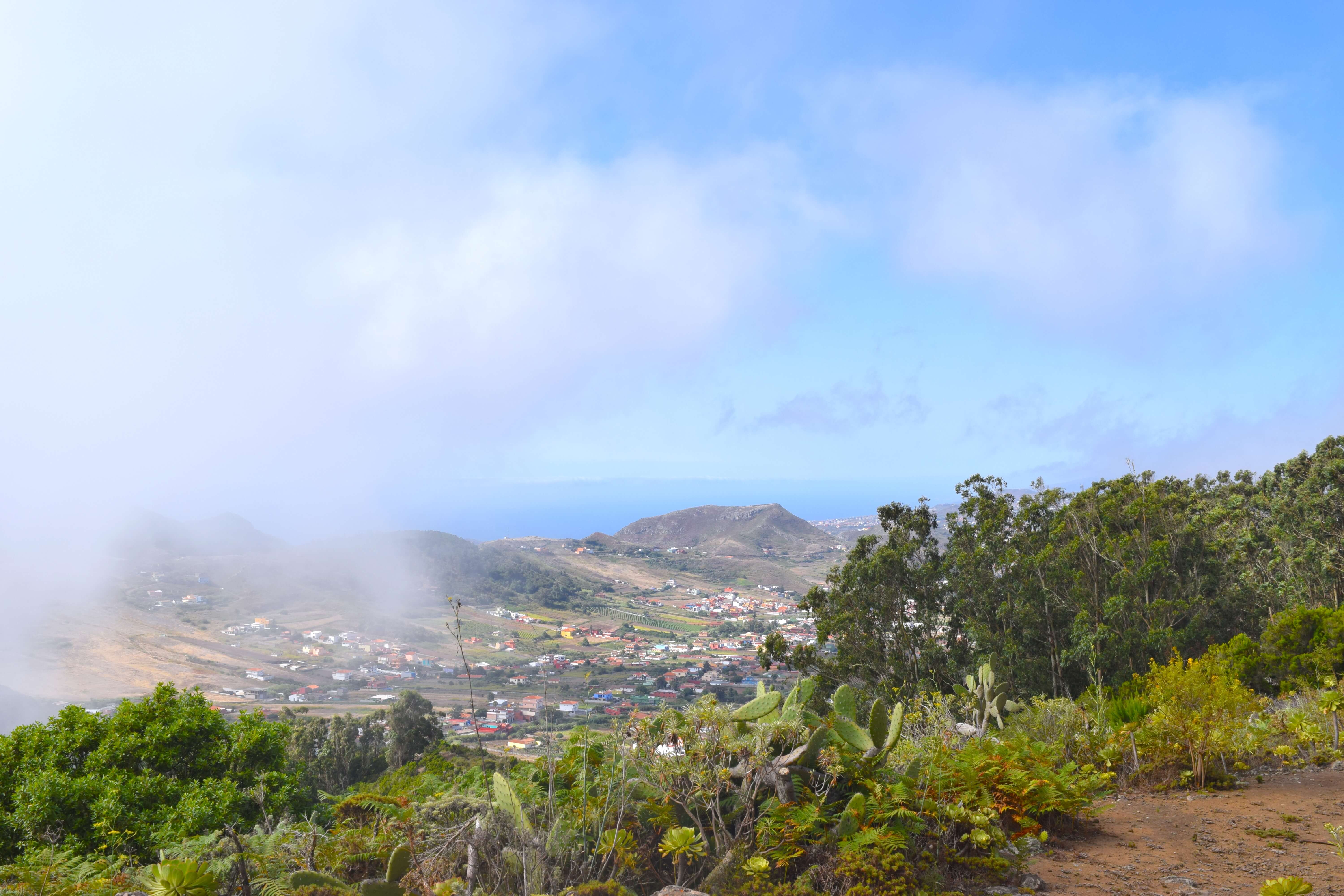 Macizo de Anaga is a mountain range in the northeastern part of Tenerife. The mountains were formed by a volcanic eruption about 7-9 million years ago, making it the oldest part of the island. With the highest point being 1,024m it’s the perfect place to go hiking. 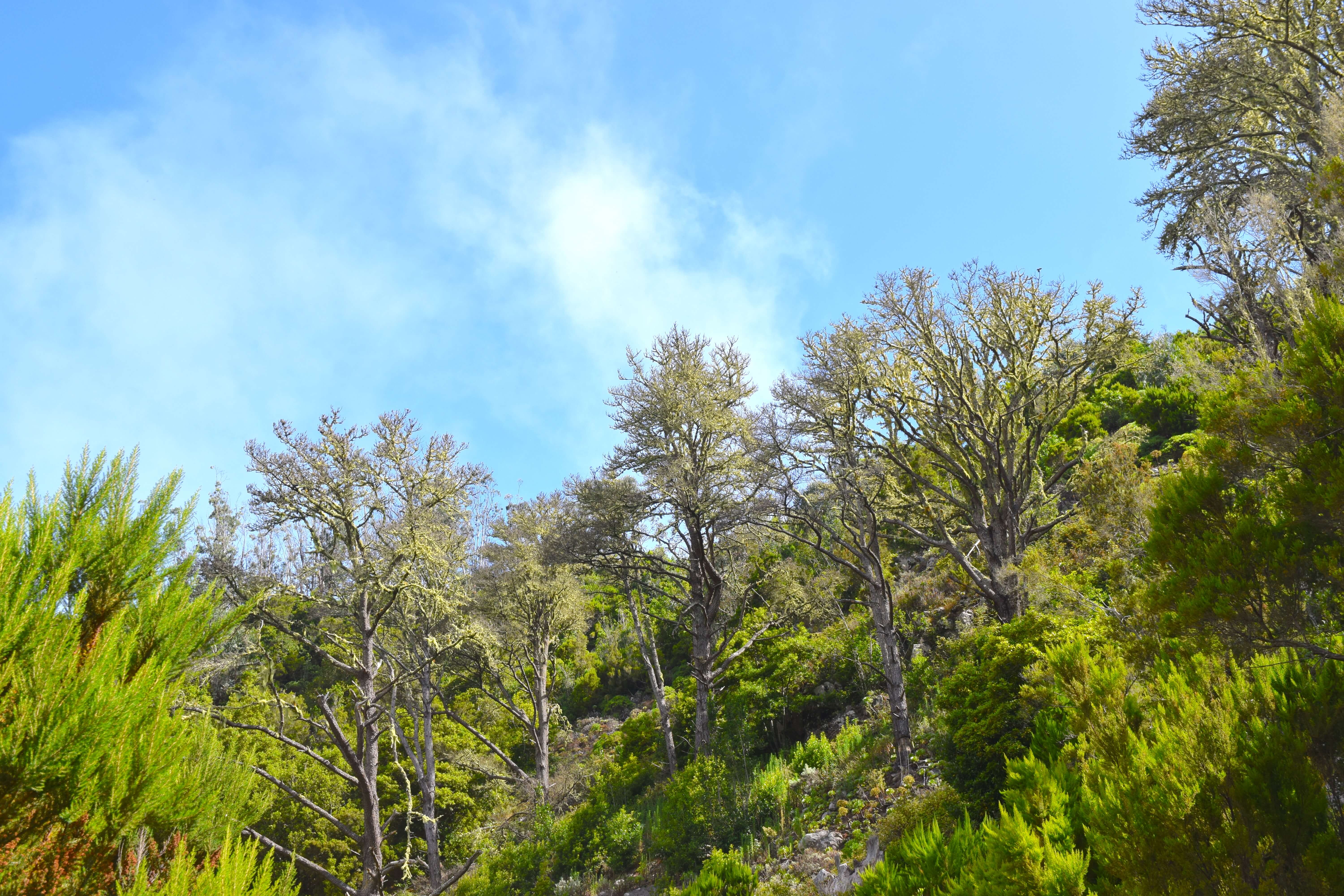 After Andy and Louise, our other guide, had picked us up from our hotel in Los Cristianos we made our way north to Anaga which took about an hour to get to. As someone who has only been to the south of Tenerife it never occurred to me that the weather up north could be so different. 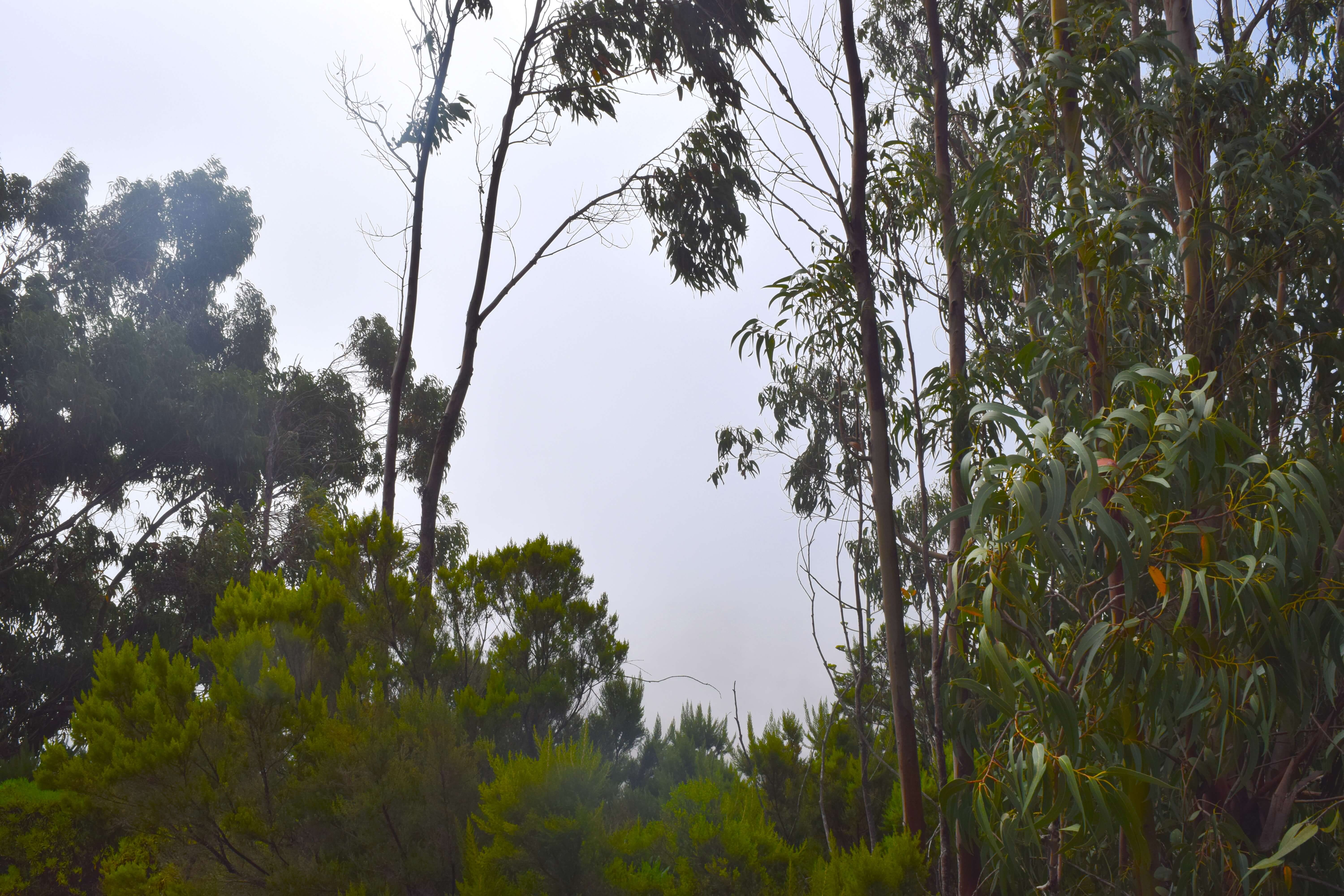 Andy informed us that the weather the previous day hadn’t been great and once we reached a certain point he would be able to tell if we would be able to hike the mountain that day. Thankfully Andy did have a back up plan so either way we would get to do some hiking. 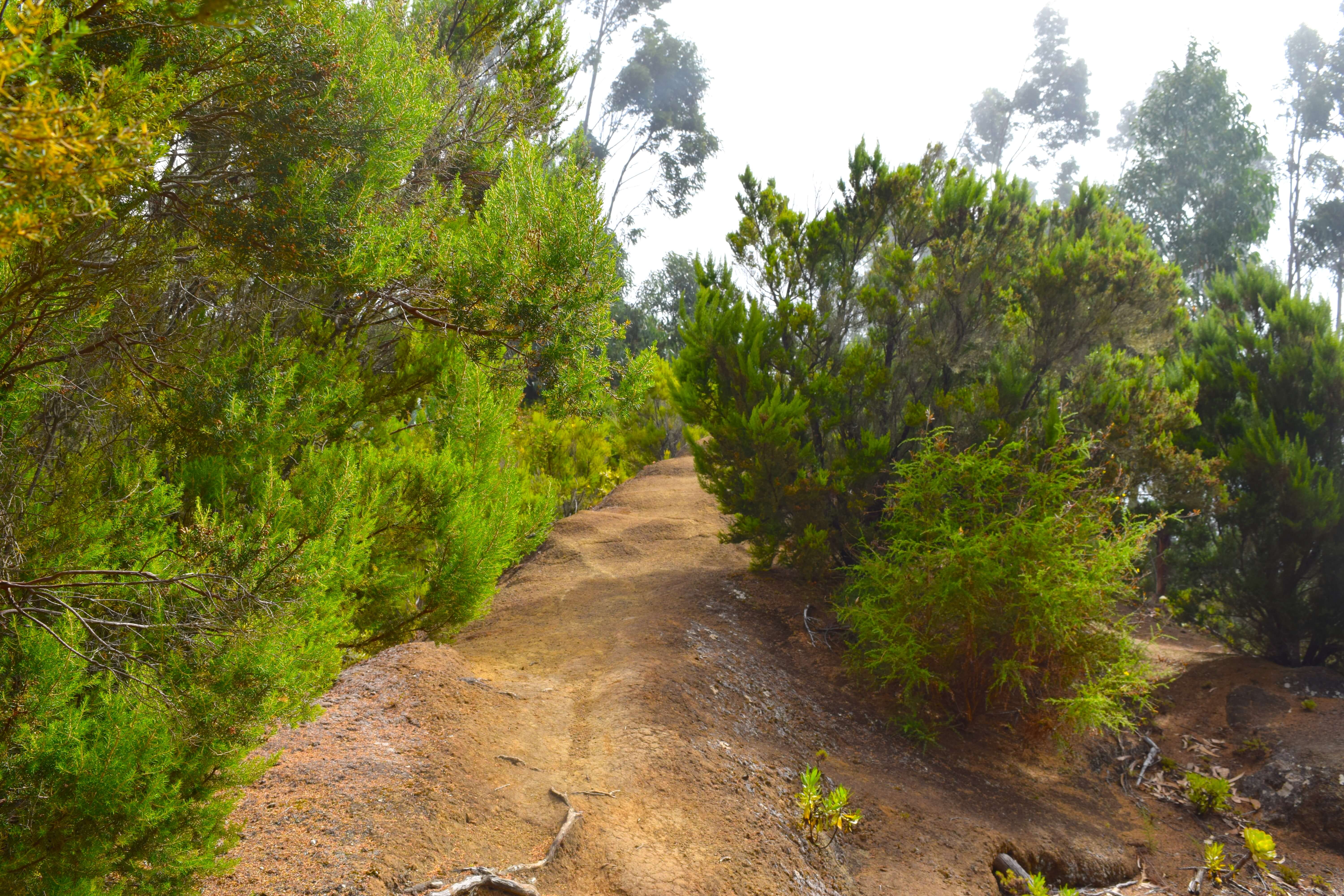 Luckily for us the weather up north wasn’t too bad so we continued our journey to Anaga. We reached a small carpark at the side of the road and parked up. As I got out of the car I couldn’t help but feel I had dressed all wrong for this hike! I was expecting hot and sunny not misty and cold! 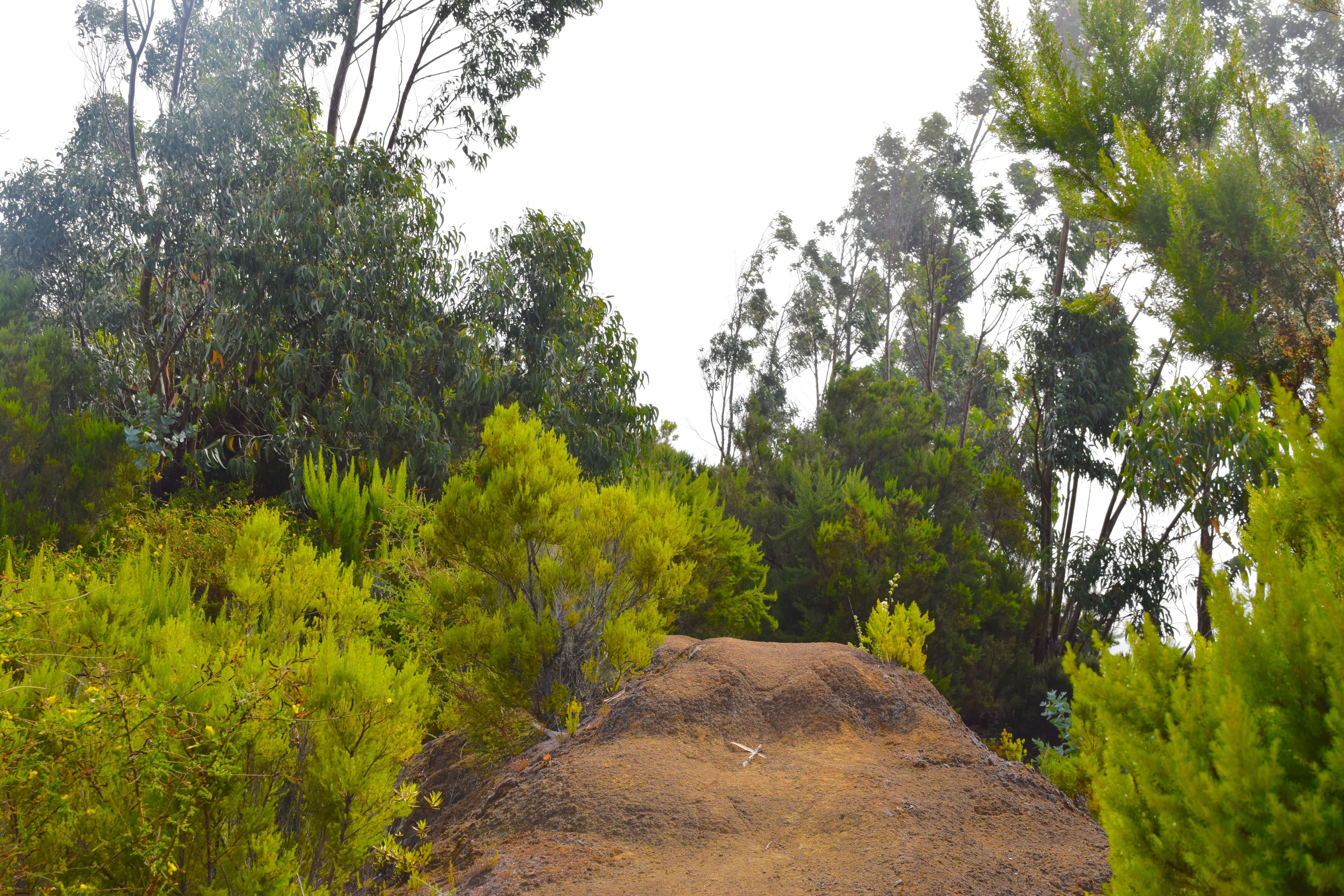 Not letting the weather spoil the hike, we proceeded up the road to an entrance in to the trails. Straight away I couldn’t believe we were still in Tenerife. This was so different to the beach resorts I was used to! I can’t believe I never knew this side of Tenerife existed! 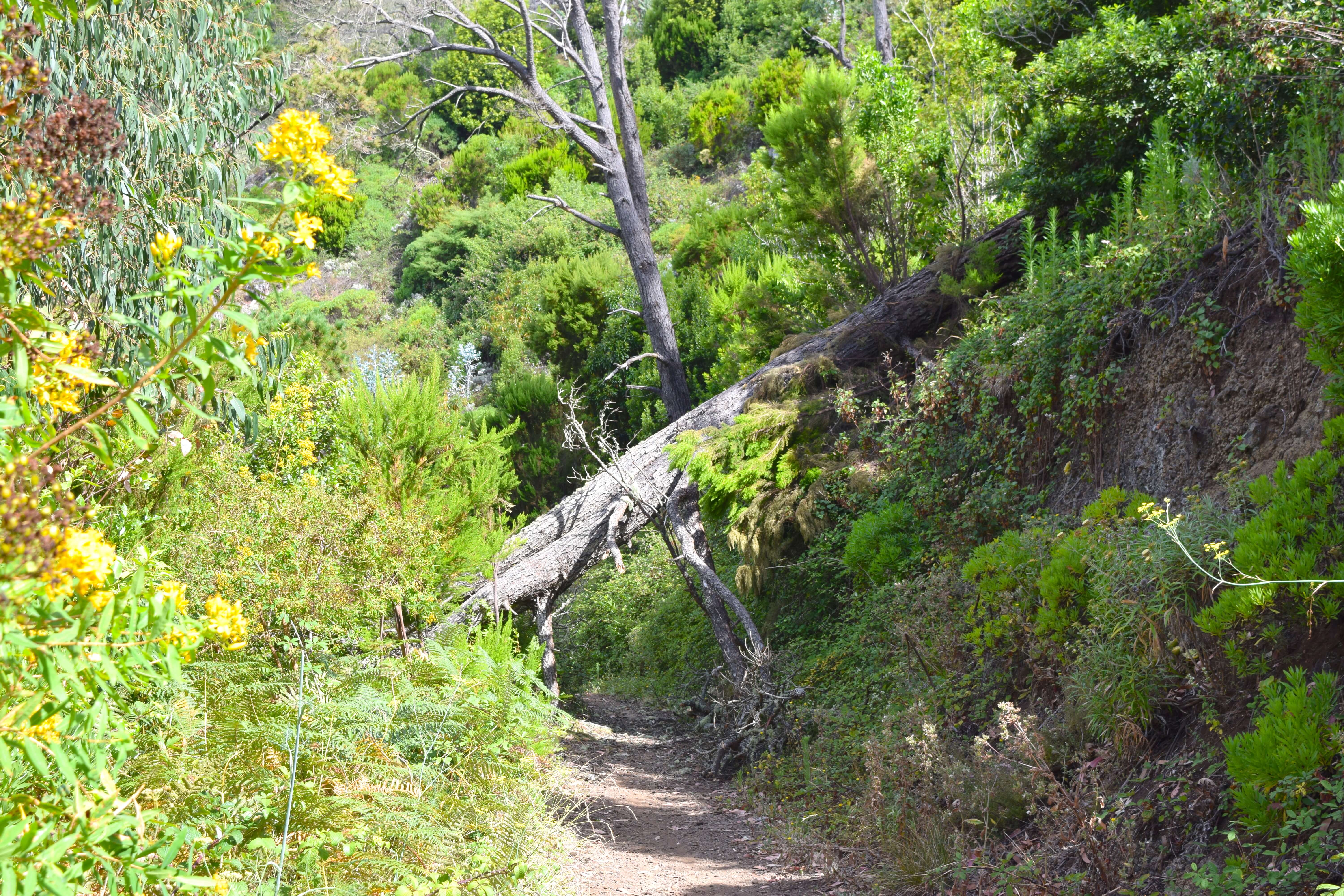 Thankfully as we started getting higher, the weather started to change and we were finally starting to see some blue skies. Now I was feeling less silly for wearing my shorts and strappy top. With the blue sky in the background the views were simply breathtaking. 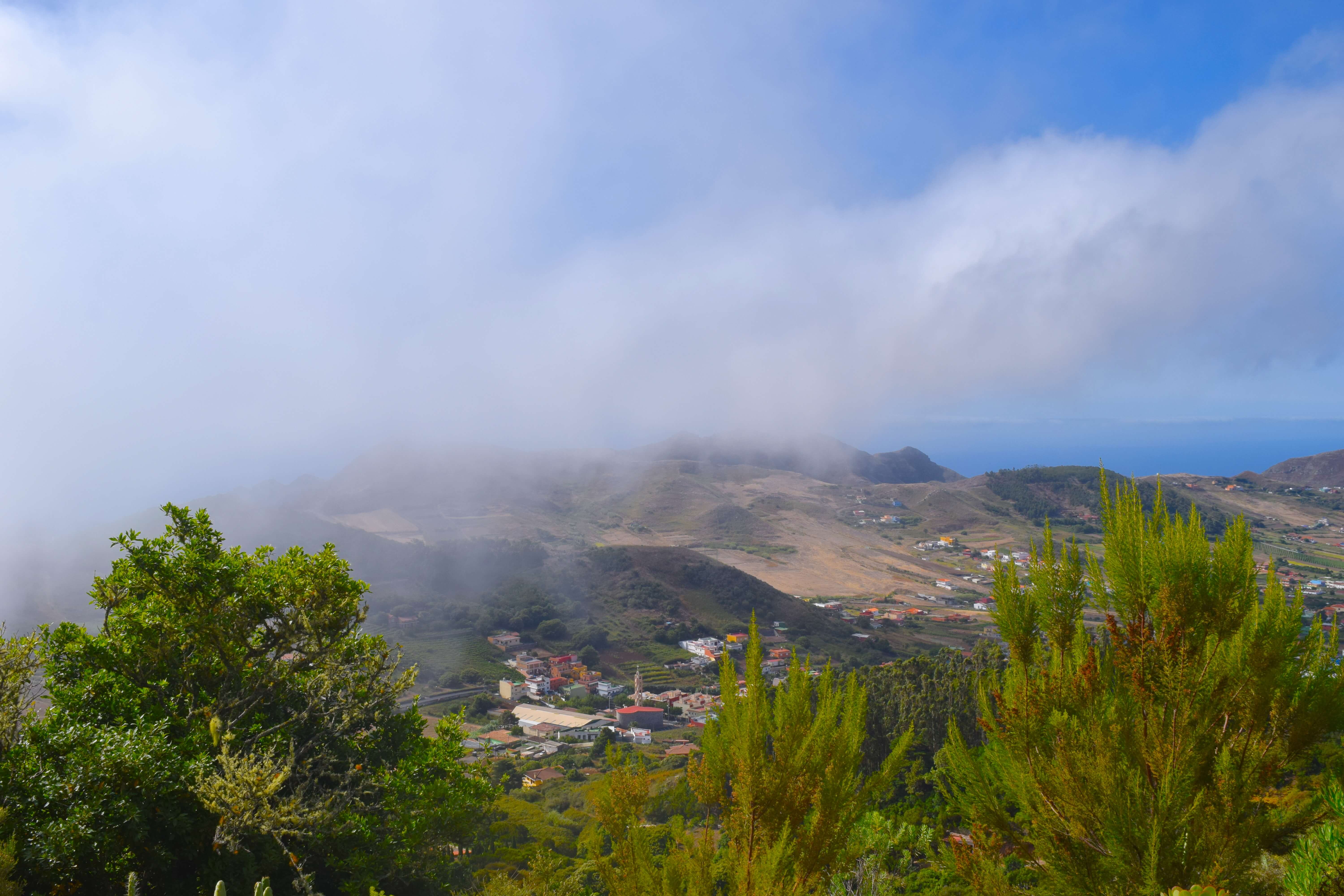 What I did like about this hike was that we spent a lot of time walking through wooded trees which gave us shelter from the sun. Not only do you get shelter, you get to feel truly submerged in nature. 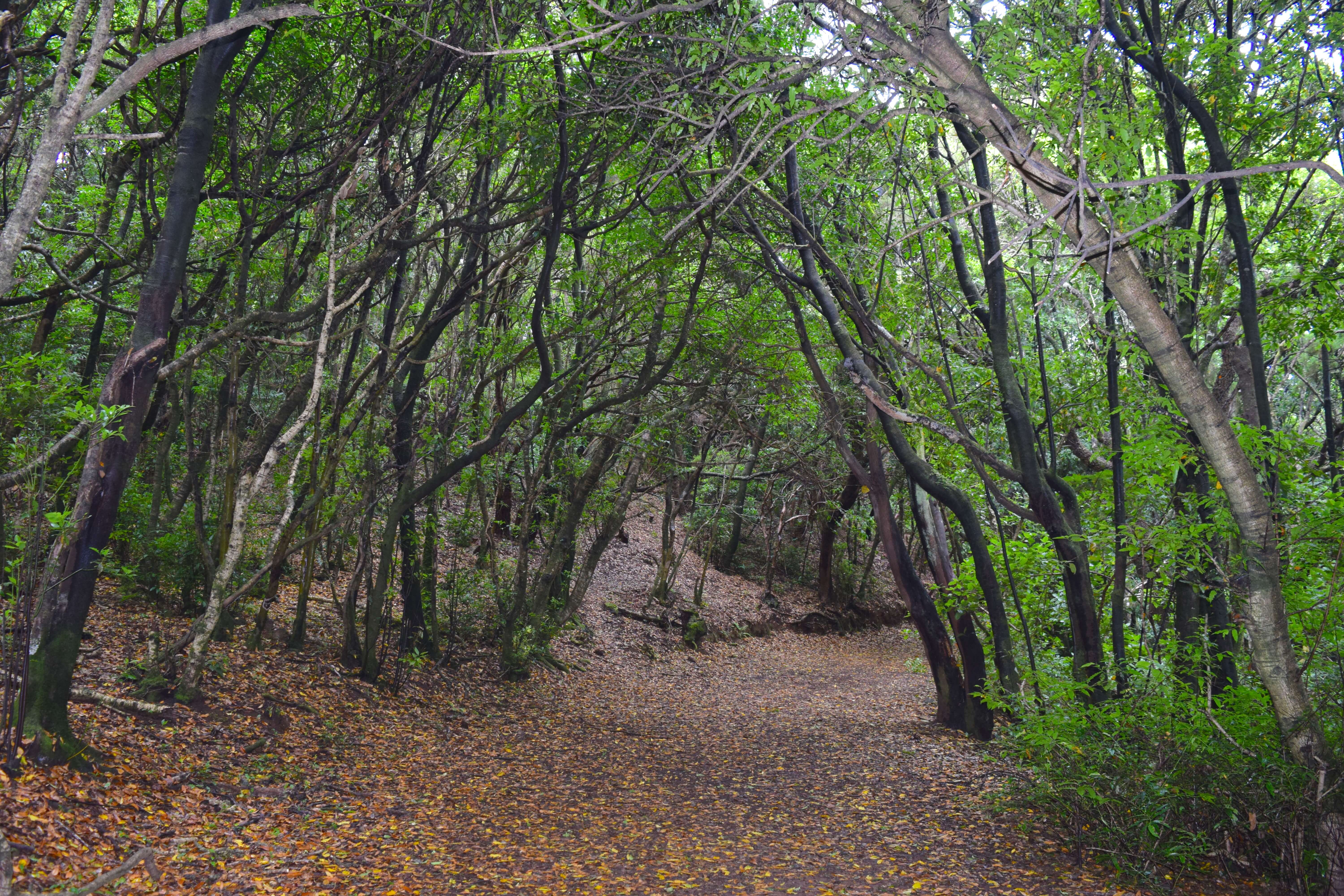 What made the tour extra special though was Andy. I really couldn’t have asked for a better tour guide! Throughout the whole tour he was offering us fun facts about Tenerife as well as information about the local wildlife. It was interesting information and helps distract you from the actual hike and lets you appreciate your surroundings. 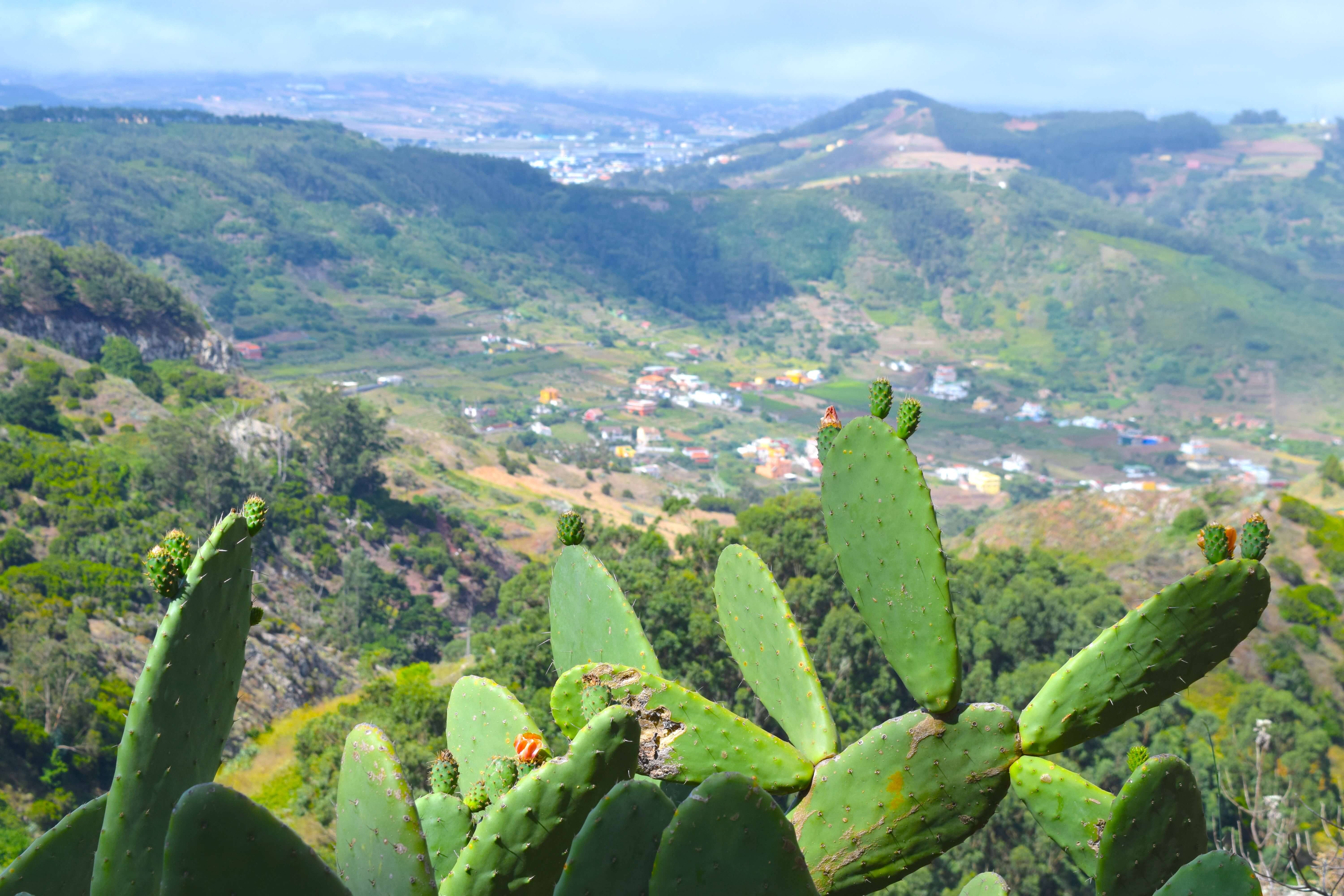 How difficult was the hike?

The hike was not a difficult one, more of a moderate walk. Most of the walk was a gentle hike with a few slightly difficult moment’s. There was one steep decline that needed a slow walk down and as long as you were careful with your footing it was fine. I should note that you also get mountain bikers along the trail. How they go down some of these trails is beyond me! 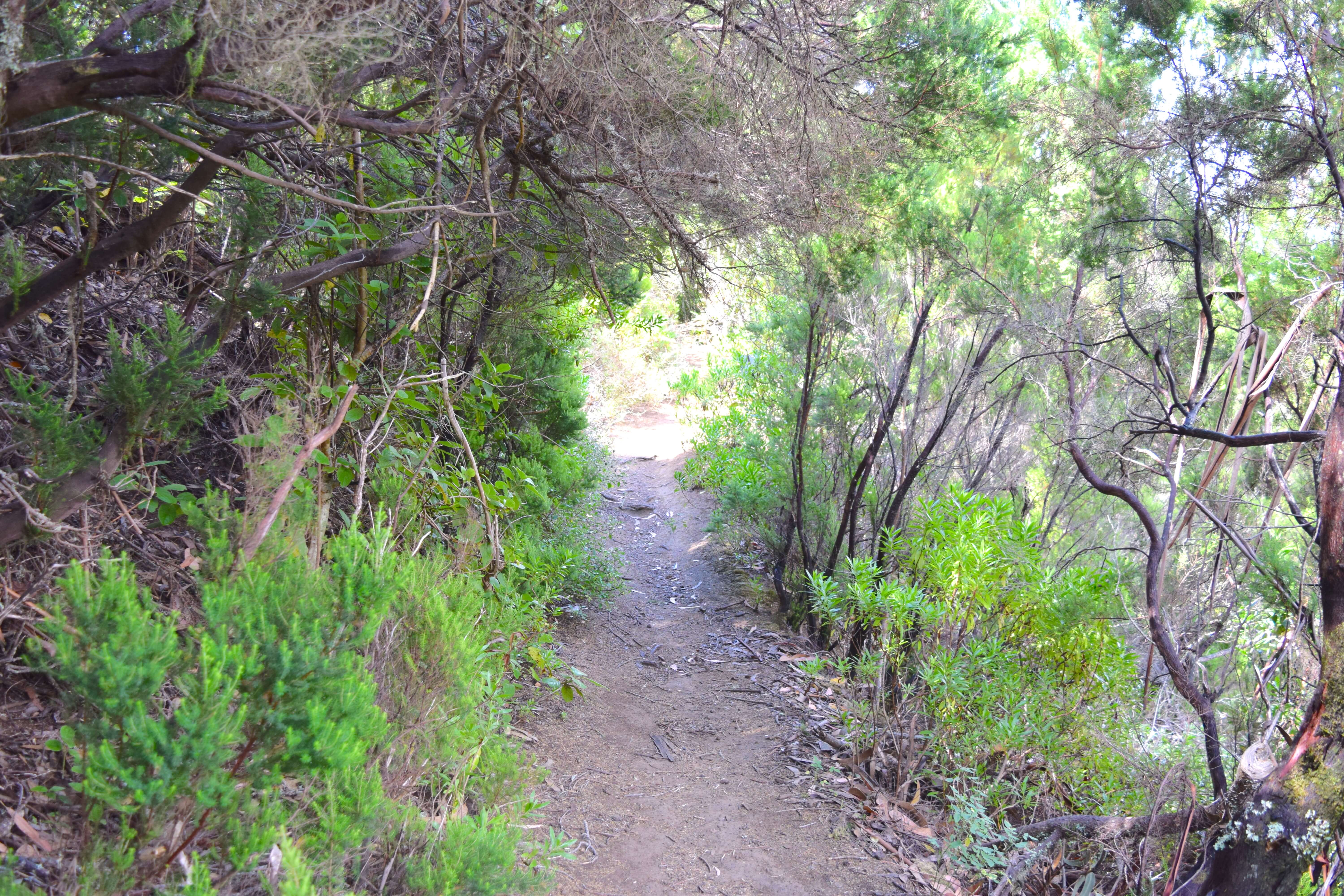 The only other difficult part of the trail was a fairly long stretch uphill that was quite steep. I’m not an avid hiker as it’s still a fairly new hobby for me and I was able to do it so if you’re a keen hiker you should have no problems at all. It was also just before our lunch stop so plenty of resting time afterwards. In total the hike took us 2 and half hours to complete. 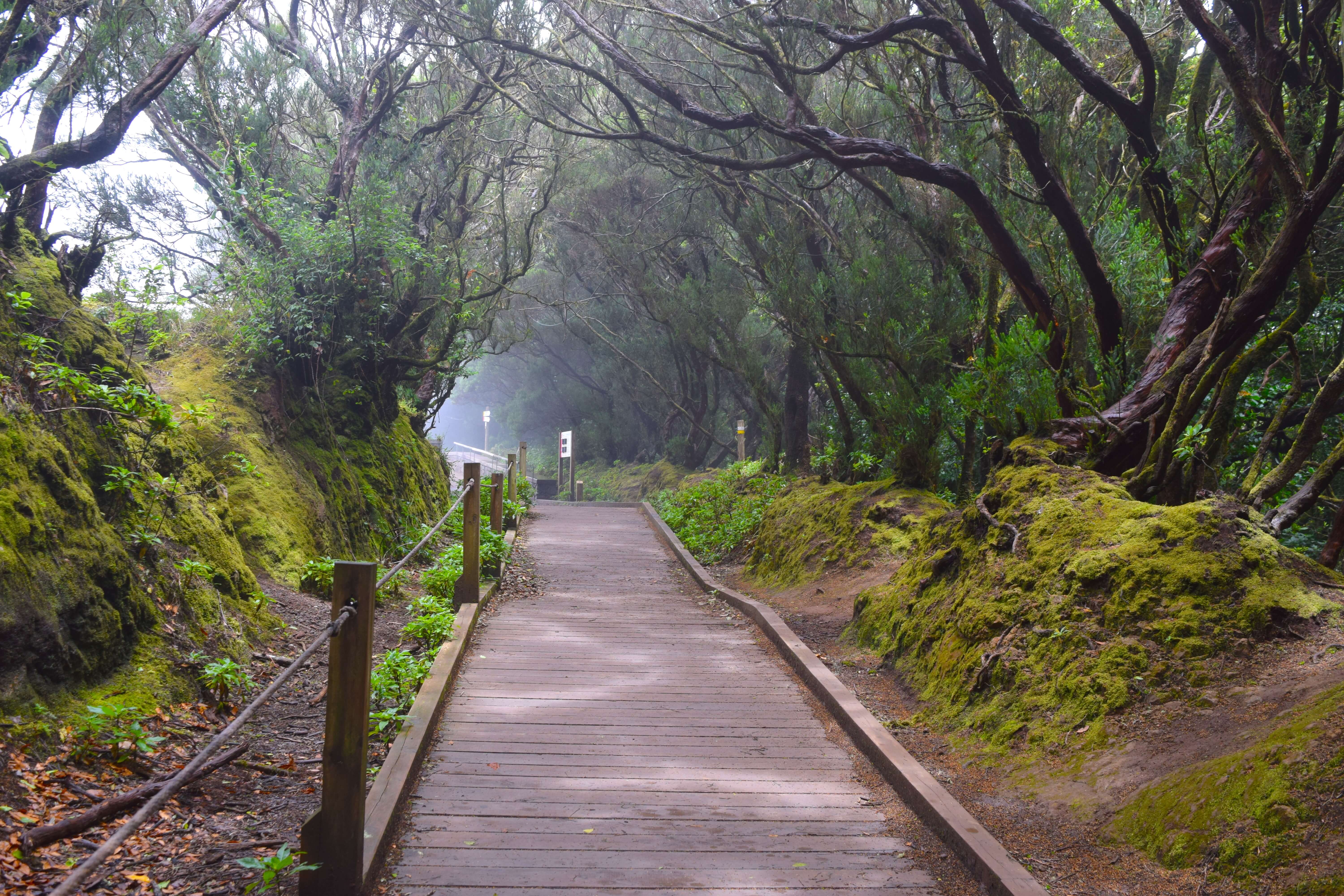 If you’re thinking of hiking the area here are some things for you to bare in mind.

1) There is only one actual toilet on this route so keep that in mind before you set off. If you’re going with Andy he will pull over at a petrol station on the way if you need to visit a toilet.

2) The weather up north is different to the south so you might need to bring a jacket with you just in case!

6) Like with any hike, especially in a hot country, make sure you bring plenty of water 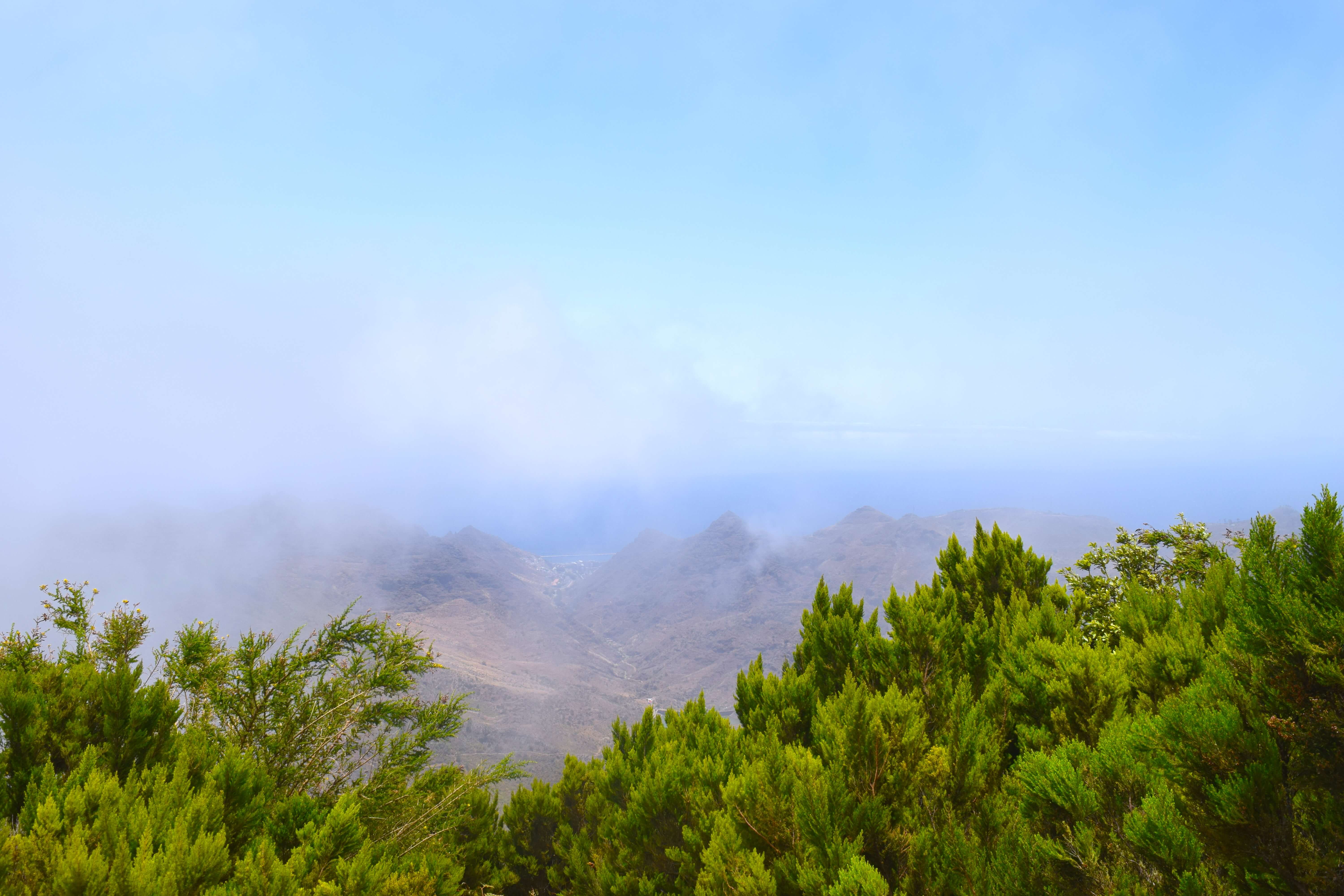 Why use Tenerife Guided Walks?

If you’re looking for a good tour company in Tenerife this is the perfect one. Andy is a fellow Brit who moved out to Tenerife so there is no language barrier for English speaking visitors. He has spent many years testing out the different routes and trails to find the best ones. 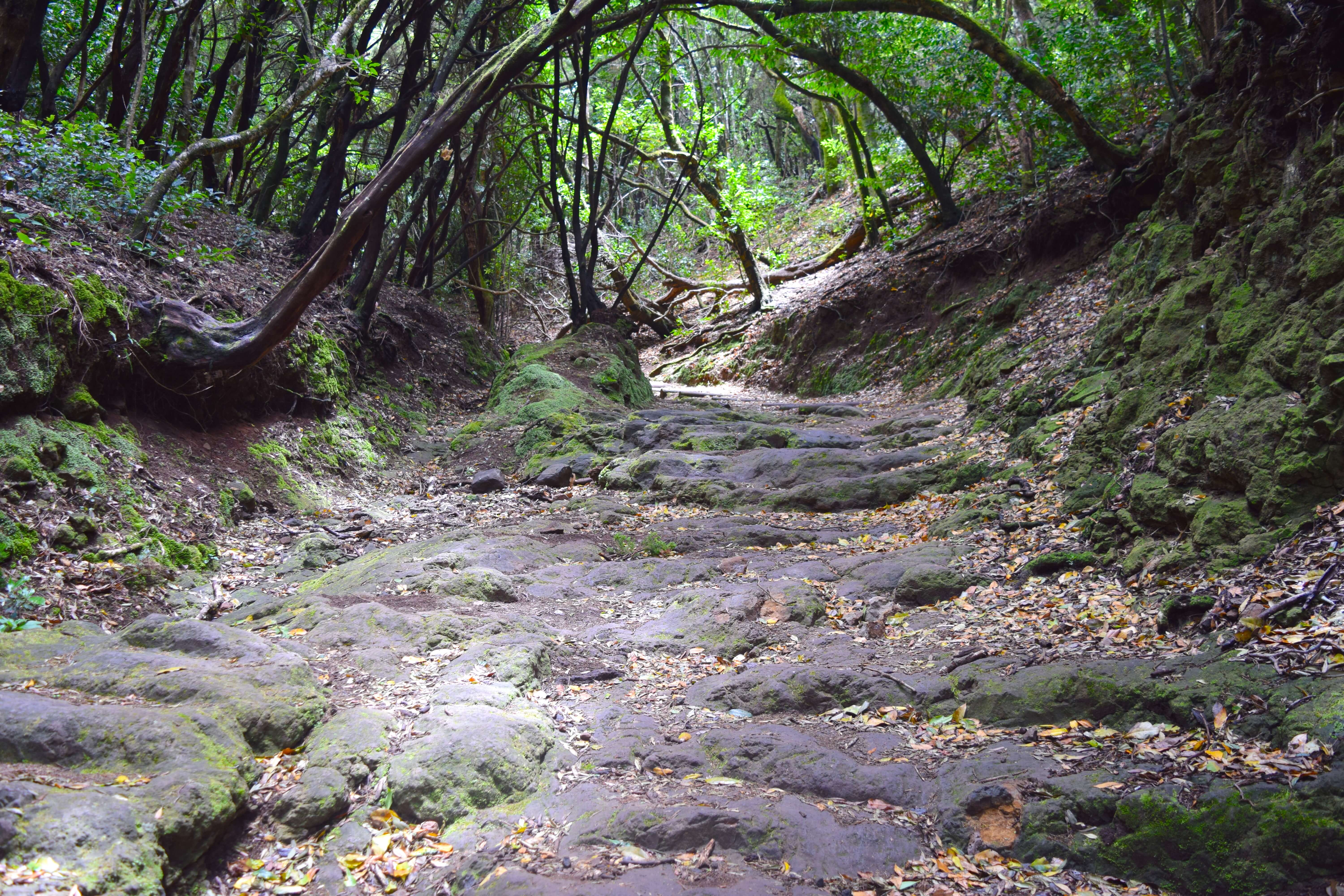 What’s great about his tours is that due to the short groups he takes the tours can be flexible to suit everybody’s needs. If you wanted to do an easier version of the Anaga tour it can be arranged. Andy can provide the perfect packaged tour for people of any age or ability. 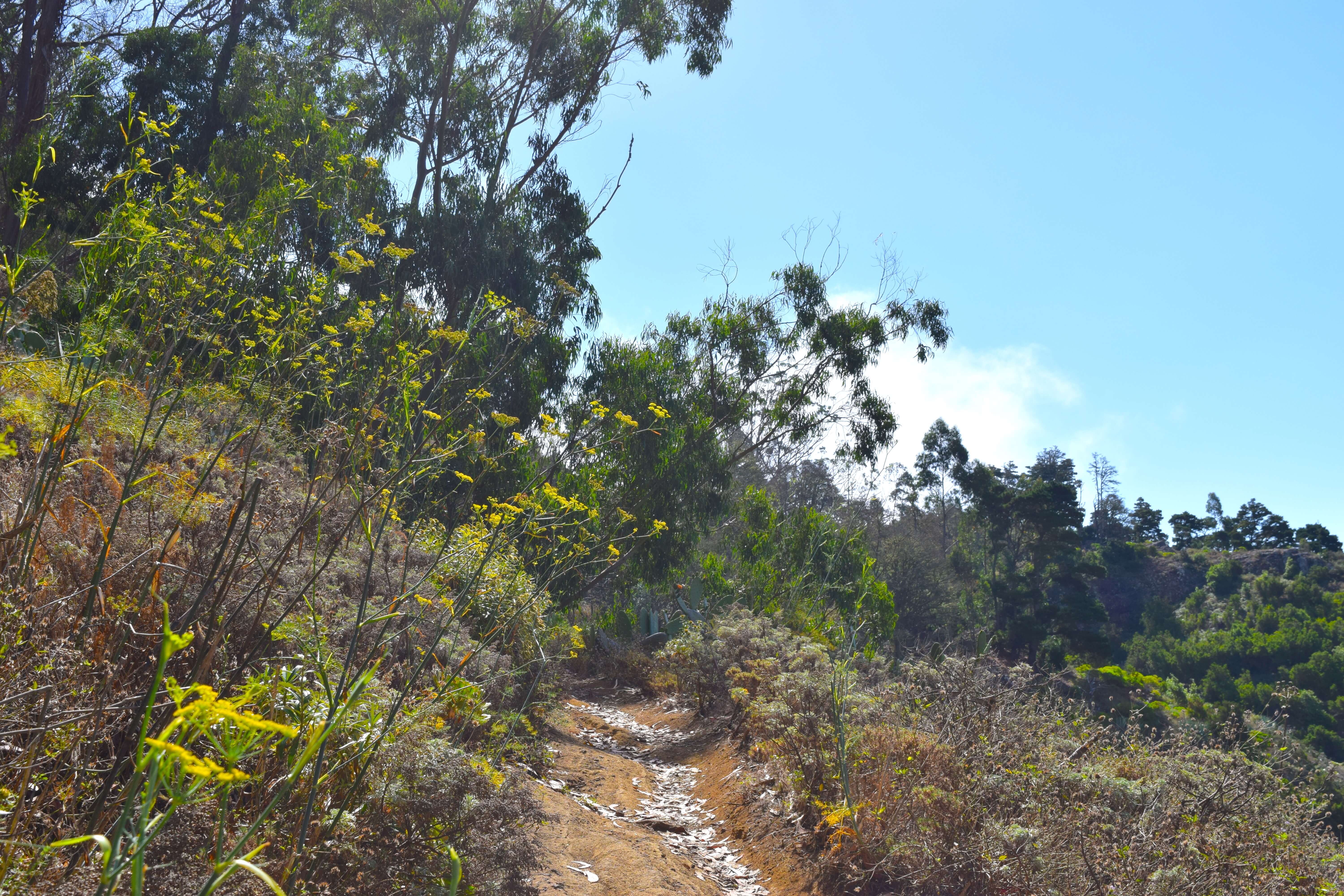 How to book a tour

With the online booking form it’s simple to book a tour. Simply fill in your arrival and departure dates and the preferred date you want to go hiking. If you have any questions or special requests, simply add it to the messages section. The good thing about Andy is he is quick to respond so you don’t have to wait too long for an answer. 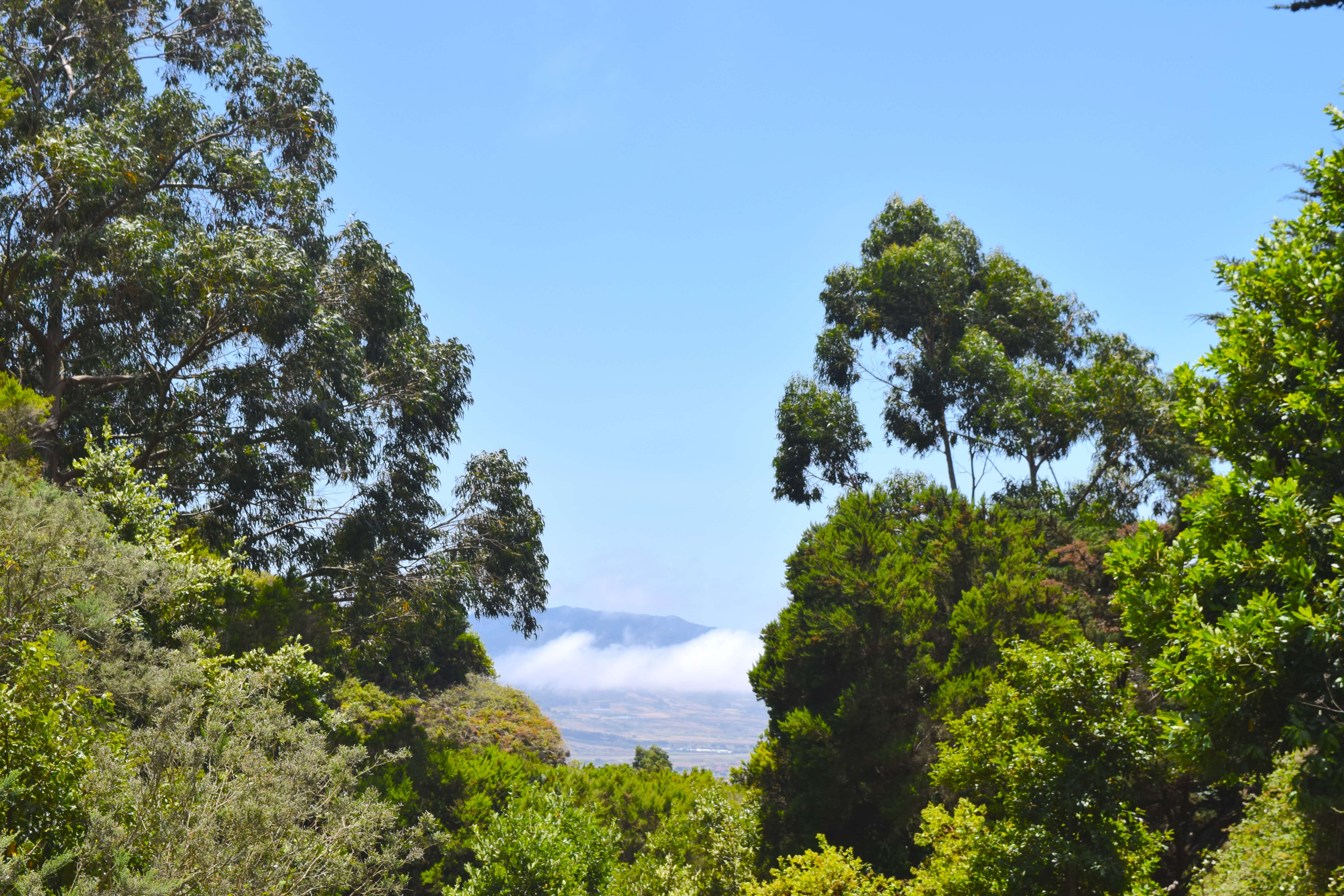 The tours are becoming so popular that Andy is in the process of training Louise to run tours on her own. You can’t ask for a better sign that a tour company is good. 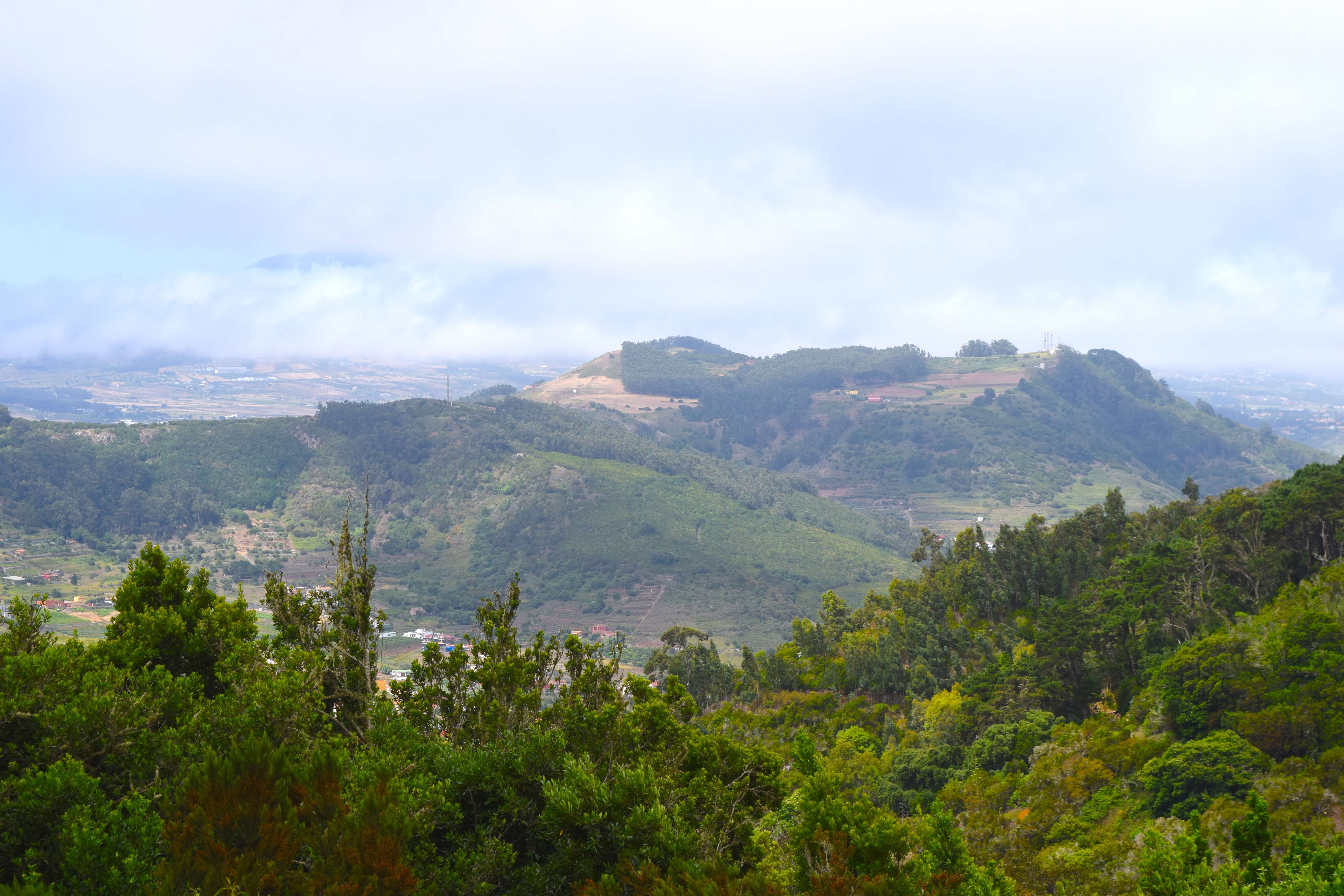 What tours do they offer?

Tenerife Guided Walks offer a variety of tours so there will be at least one tour for everyone. Most people who book a tour end up booking a second or even a third tour during their stay in Tenerife. Sadly for me I was unable to attend the Masca tour due to having a day of diving booked on the day they were going.

Some of the tours on offer are:

As you can see you’re spoiled for choice with hiking trails in Tenerife. I can’t wait to go back and try some more! 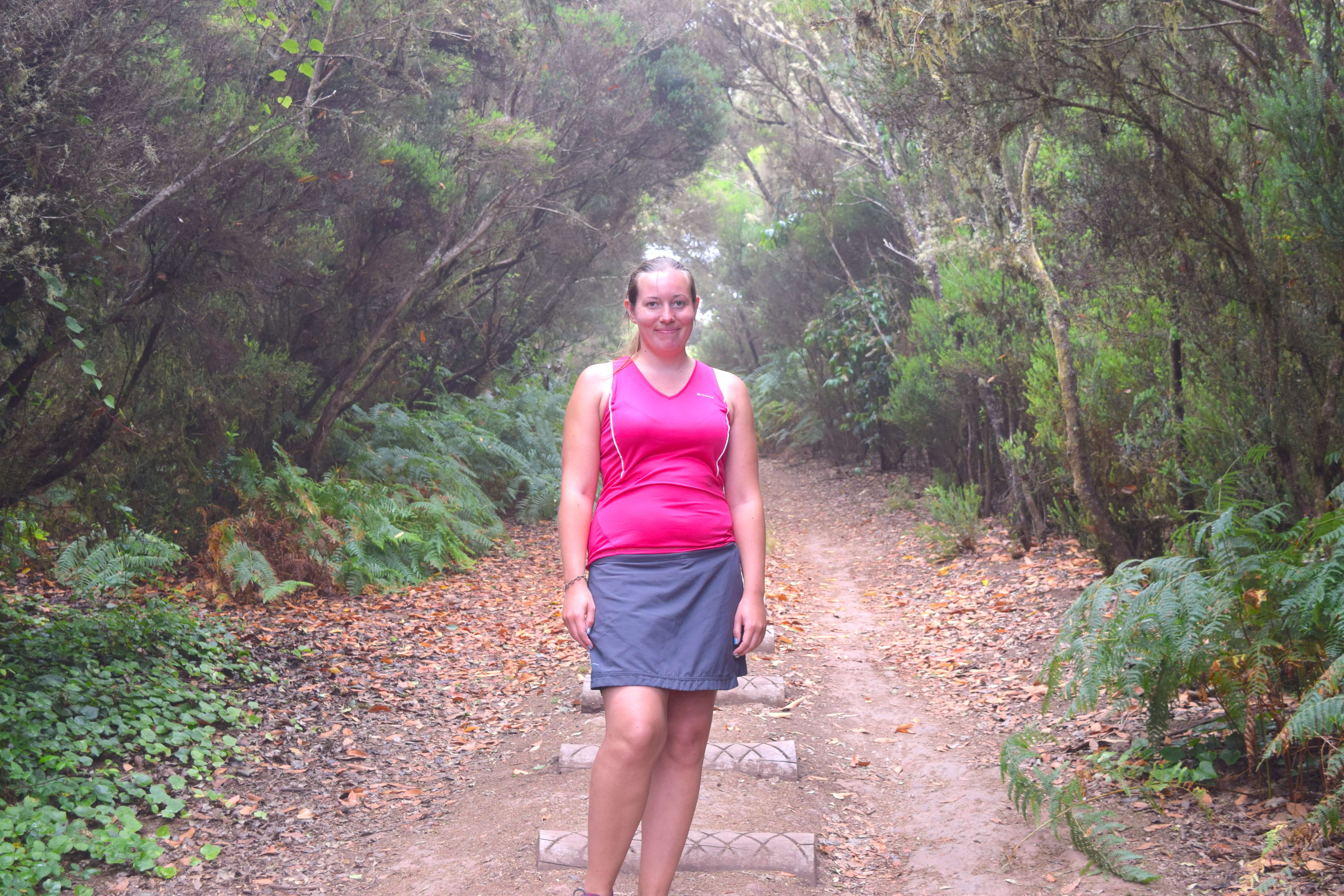 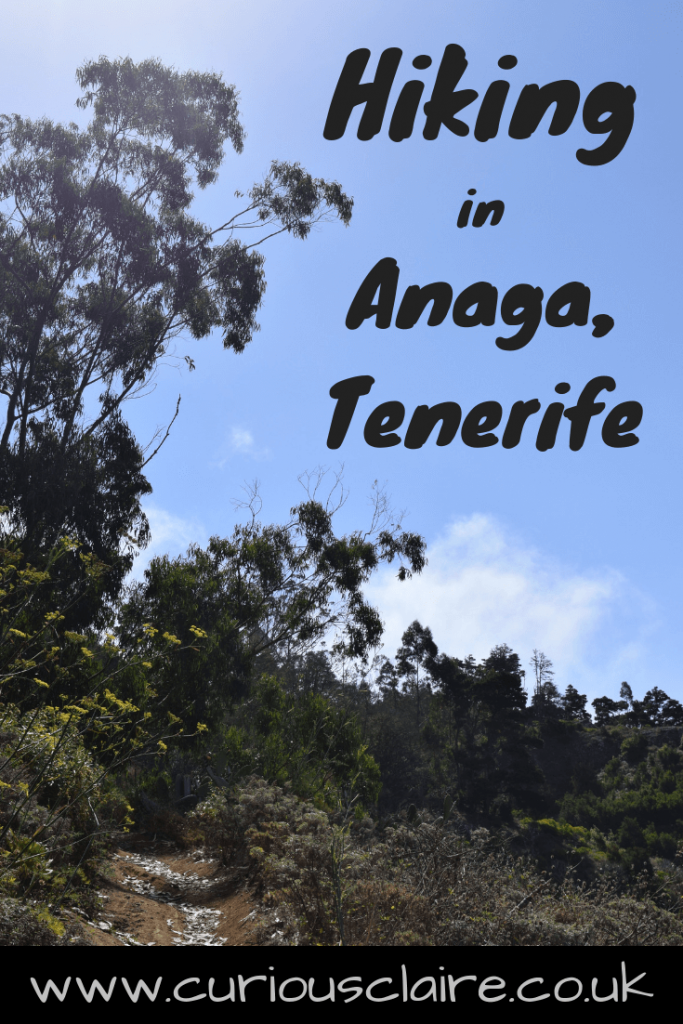 Please note that while I was working with Tenerife Guided Walks, the reviews and experiences written about in this post are 100% genuine. I value you guys too much to lie to you. This blog would be nothing without you and your continued support!

Spanish Castles: 6 Best Castles in Spain
My Adventure Microgap Day Trip to Sheffield
Scuba Diving in Tenerife with TenDive
What To Expect From Your Open Water Diving Course