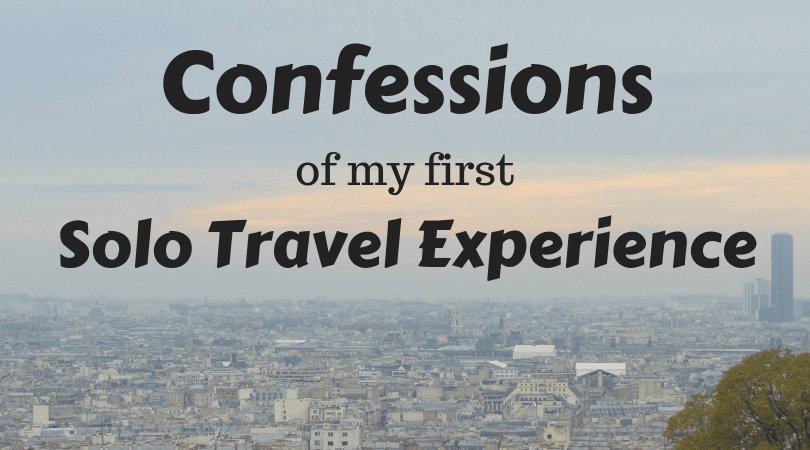 It’s almost been a year since I returned from my backpacking trip around Asia. When I left for Asia I was a single girl but returned as part of a couple. I didn’t know that relationship wouldn’t last so I thought my days of solo travel were over.

I love traveling as part of a couple but I couldn’t help but miss those days of solo travel. I’ve had so many incredible adventures since I began traveling solo back in 2012. I love solo travel and i’ve always encouraged others to give it a try. 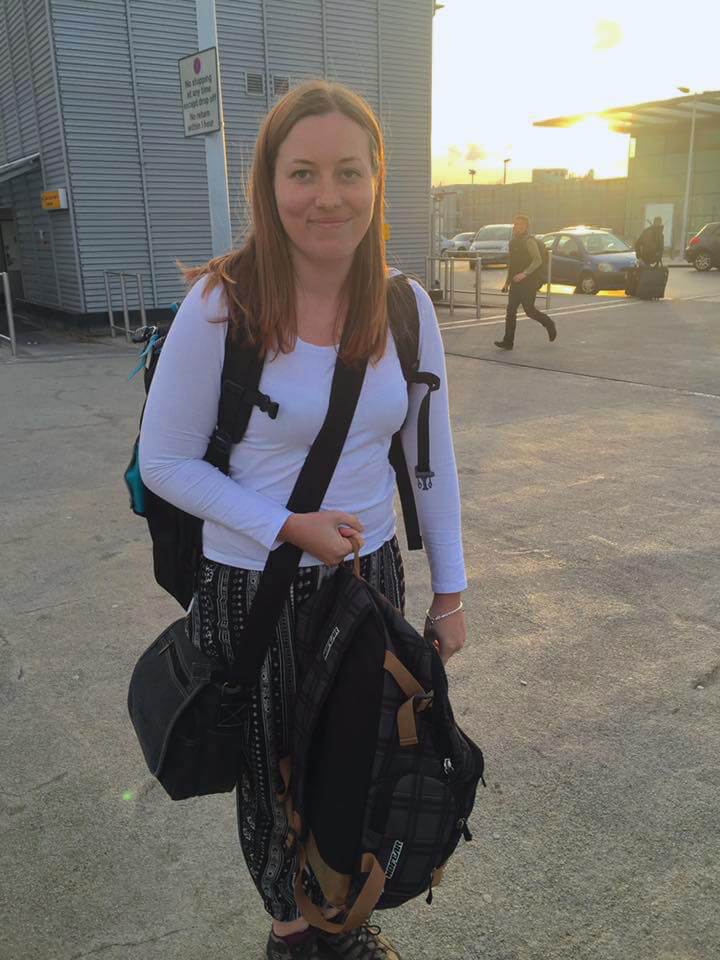 People have always acted like I’m really brave for travelling solo. I’m always being told “I could never do what you do”. Whenever people say this I try to convince them that it’s easy and if you want to travel solo you just have to give it a go. 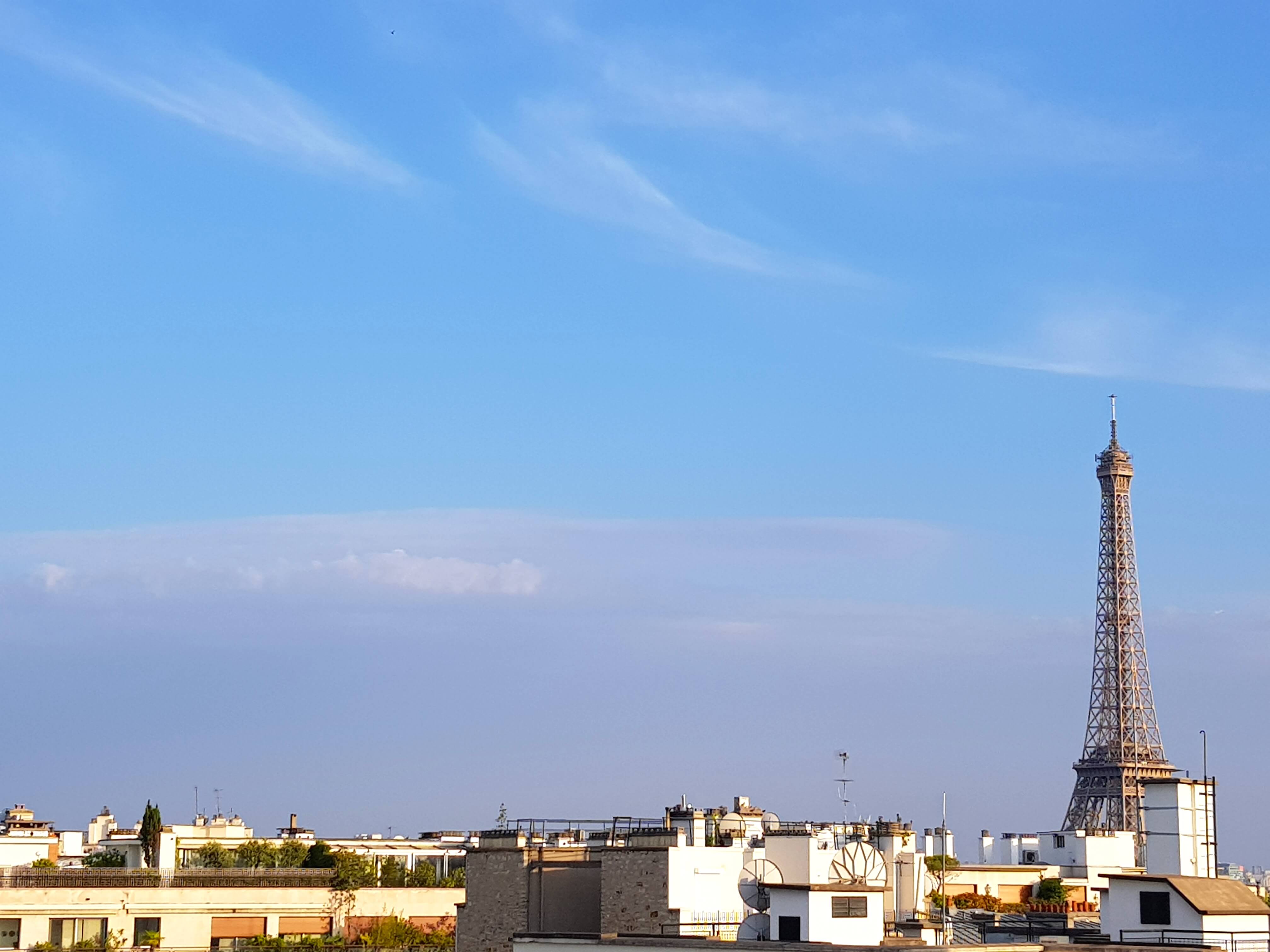 What Have I Been Hiding?

Why I Went to Paris

Paris, the most romantic city in the world, why wouldn’t I want to make that the destination of my first solo trip? There’s nothing wrong with Paris being a solo travel destination but I’ve always kept quiet about the reason I decided to go to Paris. I was scared to fly alone. Yes me, the girl who has flown alone all over the world was once terrified to do it. What feels so natural now once seemed like the scariest thing in the world. I quickly decided to take the Eurostar instead and Paris was the easiest place to get to.

I didn’t think the Eurostar would be like the airport. I thought it would be more like a normal train station. For some reason I didn’t think there would be any security to go through or passport control. I was expecting to just get there, get my prepaid ticket from the machine and step on a train which is why I arrived just 10 minutes before my train was scheduled to leave. The Eurostar website says to give yourself 30 minutes or 45 minutes on a busy day. I was so lucky that someone let me skip to the front of the line or I would have missed my train!

My Not So Useful Map

I had tried to prepare myself for the walk to the hostel from Gare du Nord by printing out a map. It should have been simple but I didn’t know which exit to take and ended up leaving the station from an exit that wasn’t on my map. Instead of printing the whole station, I had just selected a random exit and only taken a screenshot of that part of the map. If that happened to me now it would be no big deal but back then it was enough to make me panic and feel ‘lost’. 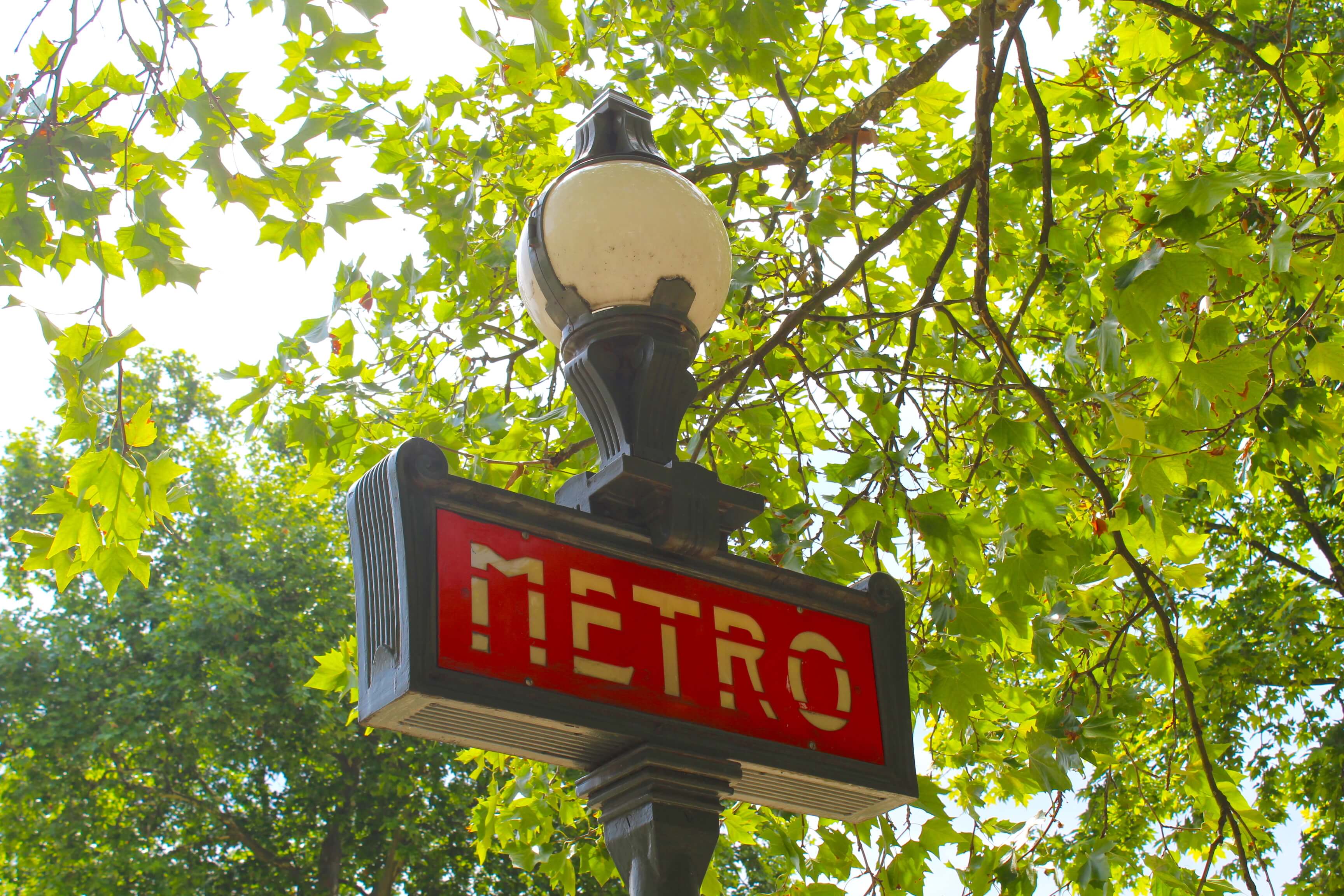 Expecting Everyone to Speak English

This one makes me cringe now but while I was ‘lost’ and walking around Gare du Nord I stopped a couple of people in the street to ask for directions. They all babbled something in French and walked away. That’s when I started to panic. Like an idiot I hadn’t bothered to try and learn any French before taking this trip. 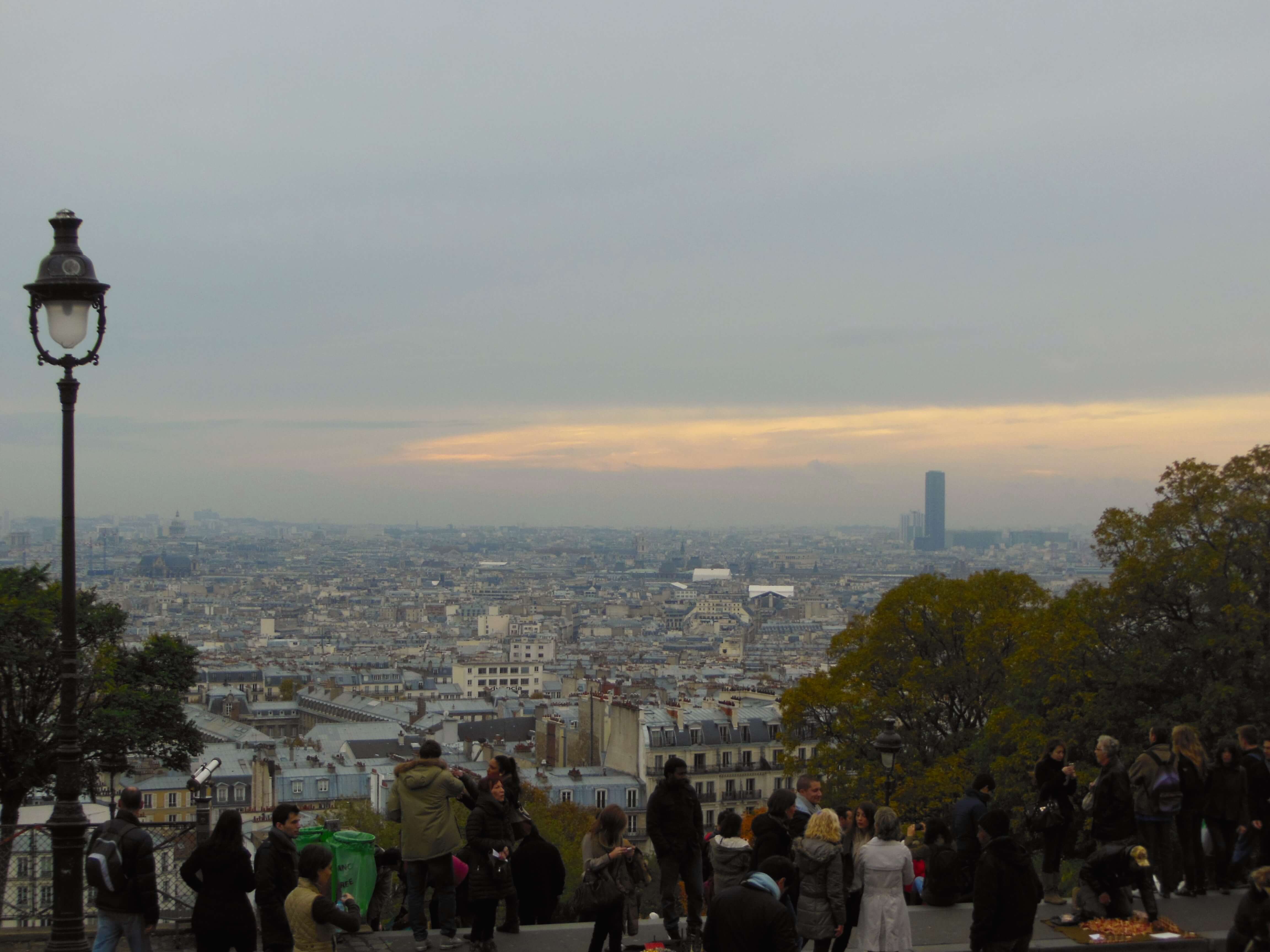 Wanting to Give Up and Go Home

It really hadn’t taken long for me to panic about being ‘lost’ and instead of calmly thinking about my situation I just wanted to throw in the towel and go home. Since this trip I have found myself in worse situations than this and been fine but back then this is all it took to make me want to give up. I was seriously considering going back inside the station and getting on a train home. Probably the only thing that kept me from doing this was the fact that I would have had to pay for a new ticket home! Thankfully I managed to calm myself down, figure out where I was and get to my hostel.

When I was picking a hostel for this trip the only thing I thought about was the price. I didn’t care about picking a hostel in a good location, or one that had a good social area, or one that offered a free breakfast. No, the only thing I cared about was the price which is why I just booked the cheapest hostel I could find. After a couple of trips I realised this really wasn’t the best way to pick which hostel to stay at. Don’t get me wrong, there was nothing wrong with the hostel I stayed at but I would have been better off at one which had more of a social area. It may have helped me interact with strangers. 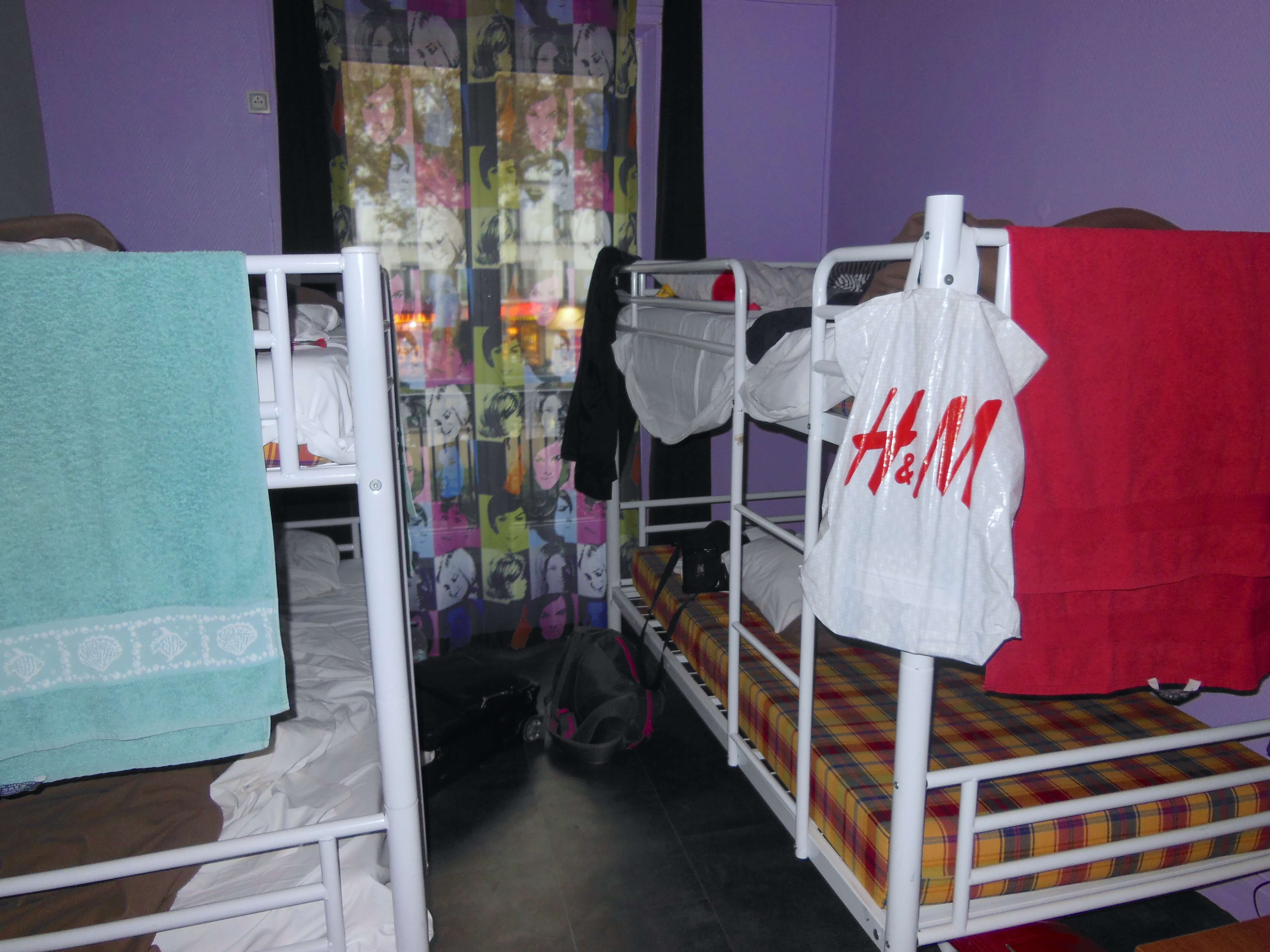 Before this trip I wasn’t good at going up to strangers and making conversation. I could easily make a fool of myself in front of strangers but when I needed to talk to someone I didn’t know I would go nervous. I hated starting new jobs because if you weren’t chatty straight away people were put off by you. So on this trip I found it hard to go up to the groups and make conversation and it didn’t help that there wasn’t really a social area to hang around in. 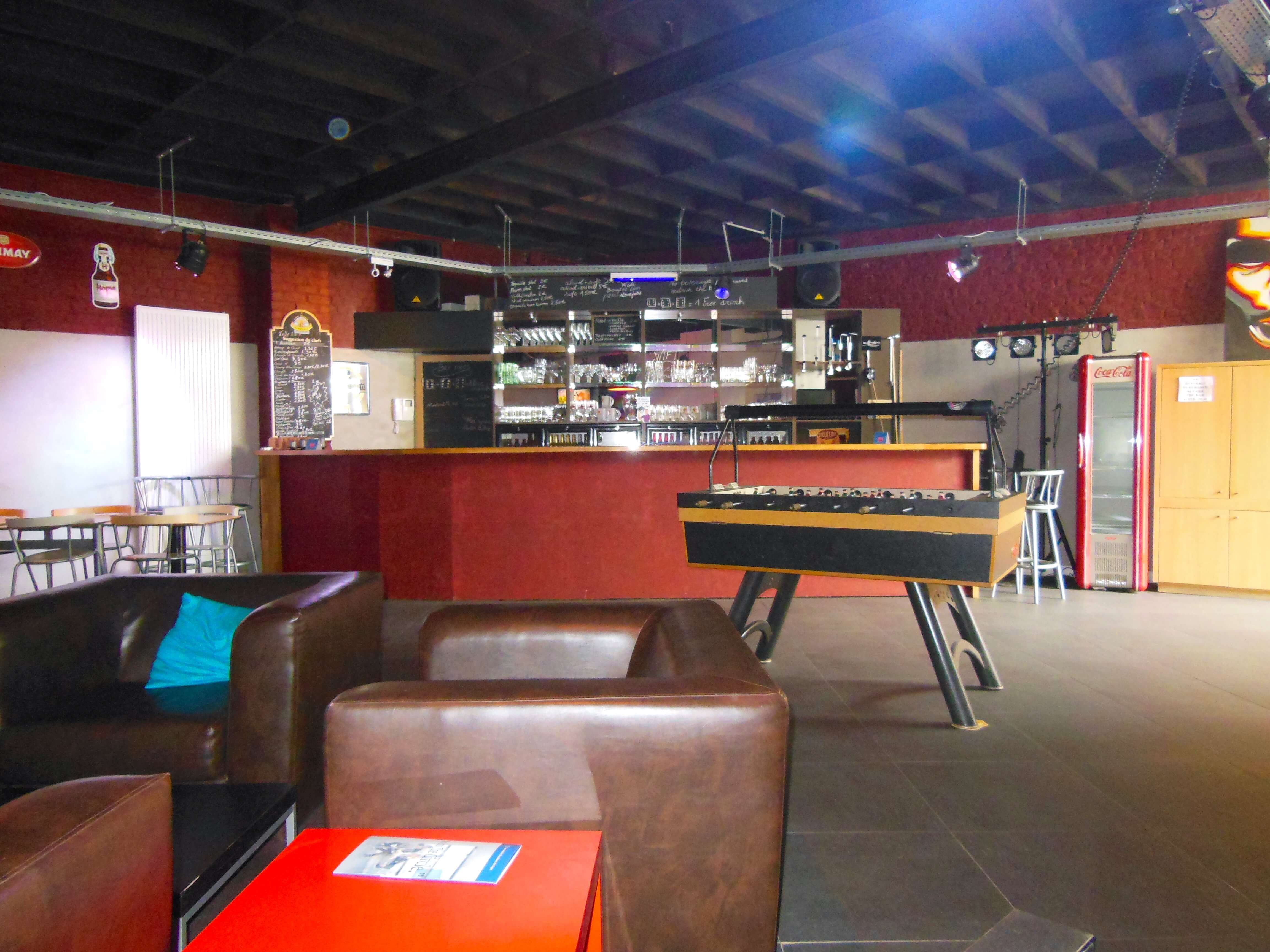 Read: 10 Tips to Make Friends in a Hostel

Assuming My Roommates Would Be Friendly

While most travellers are extremely friendly to their roomies, some groups of travellers won’t really want to socialise. On this trip I booked a bed in a 4 bed dorm and was sharing with 3 girls traveling together. I think they assumed getting a 4 bed dorm would mean they wouldn’t have to share with anyone else because they certainly were not happy to see me walk through the door! Luckily this situation doesn’t happen often but it does highlight why a hostel with a social area can be essential to help meet people.

Running Away From People

Thankfully the hostel had regular travellers who were more than happy to talk to strangers. This was my chance to make some friends. Unfortunately I didn’t take it. The guy who approached me ready to be my friend wasn’t English and had a very strong accent. Like a lot of non-native English speakers this guy spoke slowly as he struggled to form sentences. Instead of being patient to the guy who could do something I couldn’t do, speak another language, I got frustrated with him because I was struggling to understand him. I made up an excuse that I needed to call my mum and ran to my room to hide. Afterwards I felt like a complete idiot and looking back at it I can’t believe that’s the kind of girl I used to be! I must have stayed in the room for at least 20 minutes before I dared to leave for dinner.

Not Wanting to Spent Money

While there is nothing wrong with wanting to budget so you can afford to travel longer or take more trips, it is important to make sure you experience the culture of the country you are visiting. I was more obsessed with saving the pennies that I did very little that cost money. If it wasn’t for my dad giving me money to “buy a nice meal with” I probably wouldn’t have eaten a proper French meal while I was there. Now when I travel food is the one thing I can’t get enough of! 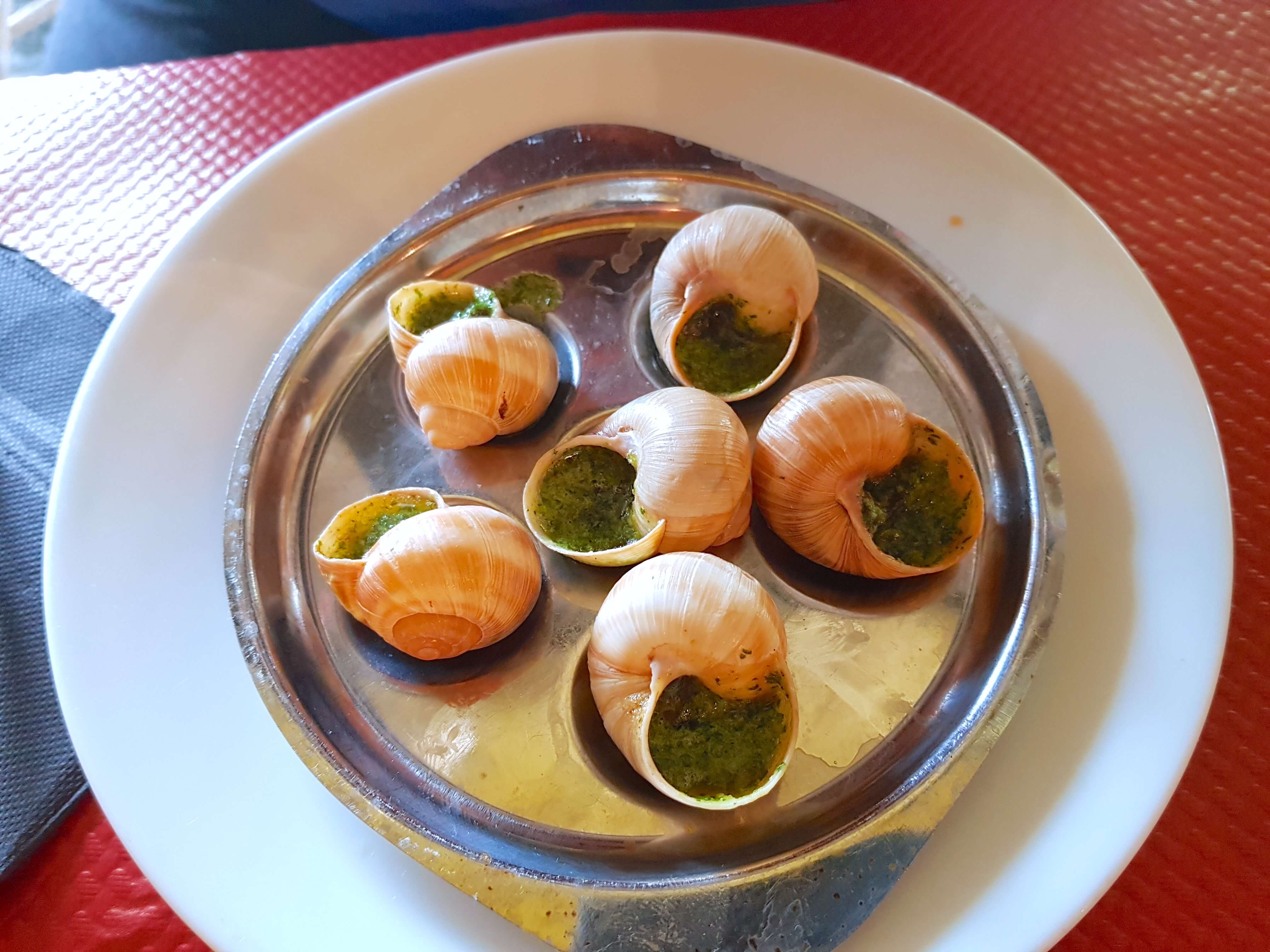 Not Escaping My Comfort Zone

The reason I had wanted to take this trip was because I had been thinking about taking a year long trip to Australia but I wasn’t sure I could handle traveling by myself. Paris was my ‘tester’ trip. I wanted to see how I handled being outside of my comfort zone and I was doing well towards the end. I had made a couple of friends at my hostel and we had gone out for drinks. While we were out though I bumped into someone I knew from home and suddenly I was back in my comfort zone. I ended up losing the guys from my hostel and by the end of the night I was just out drinking with a friend from home. While we had a great night out, being with him meant I was no longer getting used to being outside my comfort zone.

We found a bar that was on fire!

While I don’t mind having a few drinks when I travel, on this particular trip I had drunk far too much. This was because I was with someone I knew and suddenly I didn’t care that I was in a city I wasn’t familiar with. I let myself drink to the point I don’t even remember how I got back to my hostel. I’m lucky nothing bad happened! This is something I would never think about doing now and would never encourage anyone else to do! 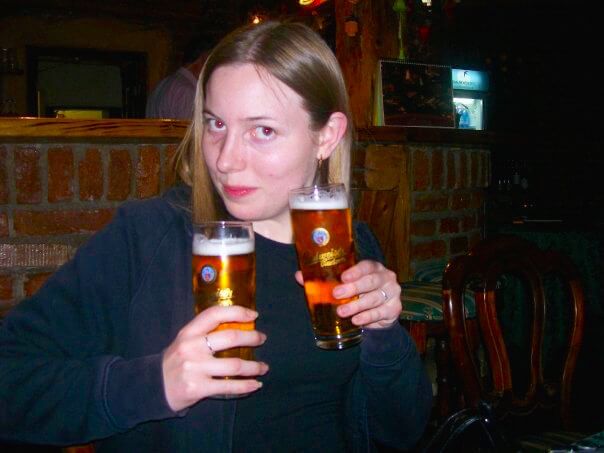 Because I had got so drunk when I woke up the next morning in my hostel bed there was sick all over the floor. The girls I had stayed with had an early morning flight so I can’t image how horrible it must have been to wake up early to find your roommate had been sick all over the floor. For all I know in my drunken state I also woke them up when I came back. I’ve had to share dorms with so many annoying drunk people I can’t believe I was like that. In some ways I’m glad I didn’t have to face the girls the next morning but I wish I could apologise to them. 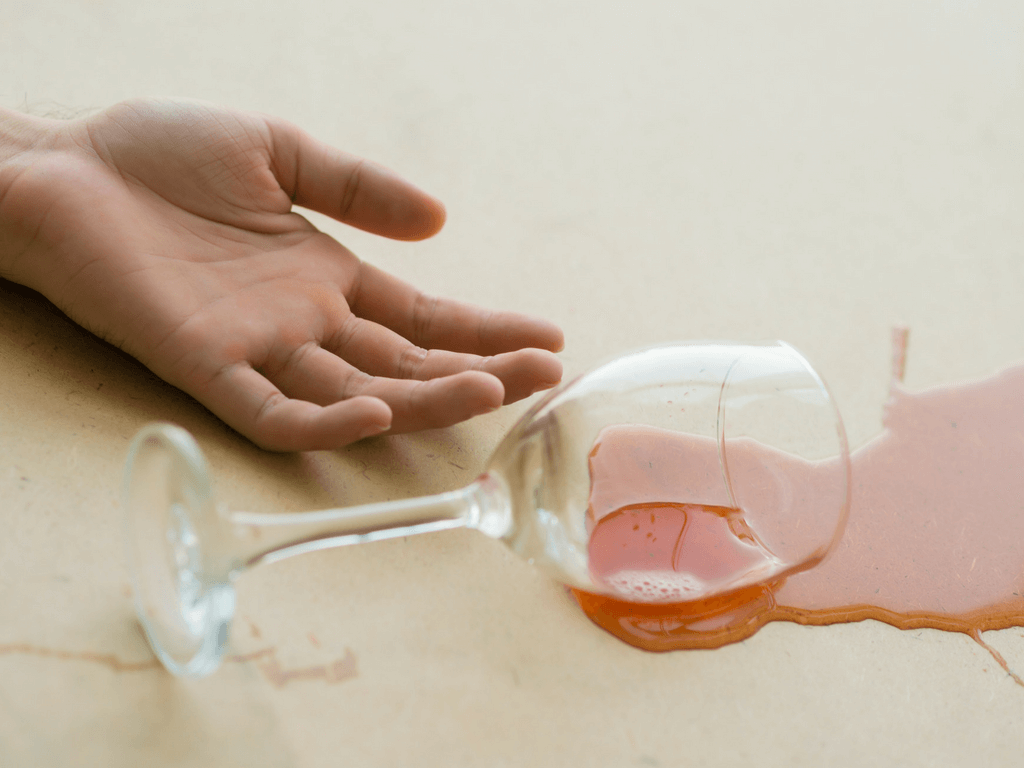 What Did I Learn From This Trip?

This first solo trip made me learn a lot about myself. I realised I had the courage to travel alone and overcome my fears. Even though it didn’t go to plan and I didn’t get to leave my comfort zone as much as I would have liked, it was a good start. I still had the dream of taking a big backpacking trip but I knew I needed another short test first. The next trip took me to Brussels and this is where the travel bug truly started to develop. Before long I was taking trips whenever I could.

I got over my fear of flying alone shortly after this trip when I flew to Oslo. I got over my fear of talking to strangers and in Amsterdam made some fantastic friends who I spent the whole trip with. In Cambridge I made the first travel friend I would go on to meet up with again. I quickly realised I needed to explore the culture and the food of my destinations even if it meant spending a little money. 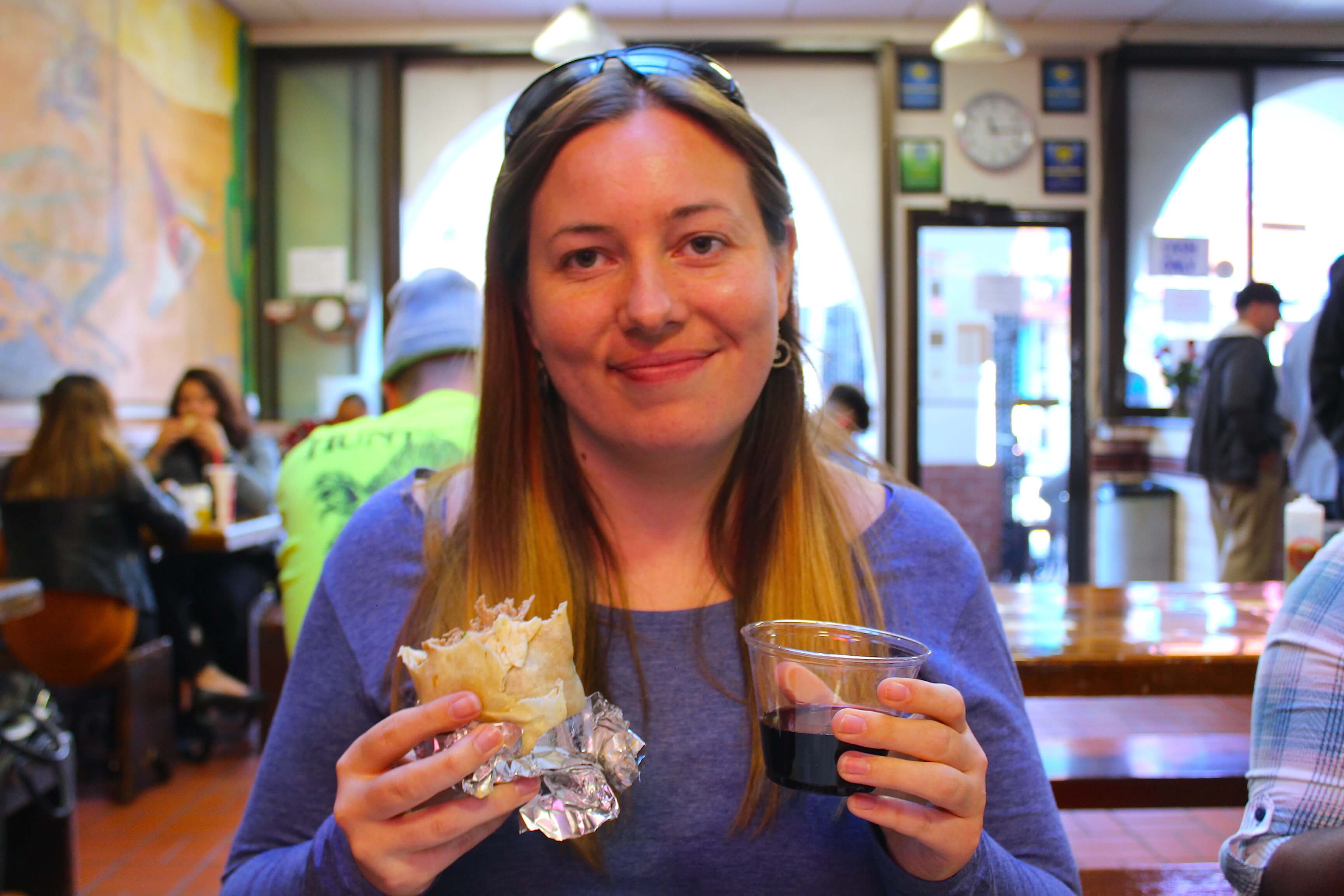 Travel has helped me gain confidence in myself, helped me come out of my shell. It’s even helped me be better at work. Travel is an amazing experience and if your scared to try just think about all that happened my first solo travel experience and how that didn’t stop me. If I hadn’t taken this trip I wouldn’t have fallen in love with travel. If it wasn’t for that trip I wouldn’t be Curious Claire. 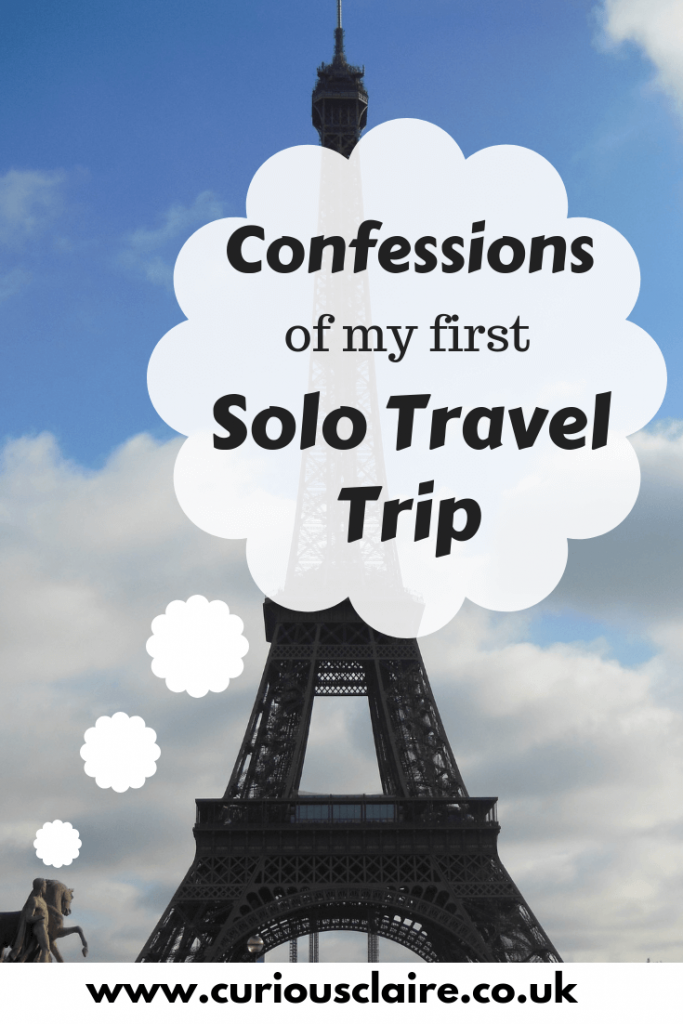 That Time I Got A Thai Massage in Bangkok
The 40 Awesome Books I Read in 2021
Couple Travel Tips from Experienced Travel Couples
Tips to Save Money For Travel: 32 Clever Ways to Cut Your Expenses