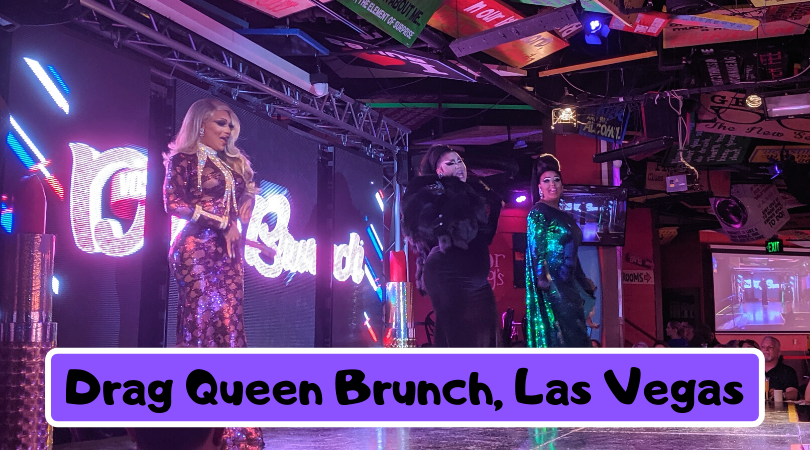 I was invited to join my mum and step dad in Las Vegas earlier this month. He was returning for a big car show and wanted to make sure my mum didn’t get bored while he was busy networking at the show. Basically I was there to babysit my mum and keep her out of trouble… not the easiest of challenges! (sorry mum)

I was trying to think of fun things we could do together but coming up with something we both would enjoy was proving difficult. My mum doesn’t like to be touched so a girly spa day was out of the question and I don’t like to shop so a day of shopping wasn’t going to work either.

Just when I was starting to think there was nothing in Vegas that we would both enjoy, Instagram came to my rescue. I was watching the stories of a blogger I had met in Canggu who was on her bachelorette party in Vegas. So I asked her advice for any mum/daughter friendly activities and she suggested Drag Queen Brunch. I suggested this to my mum who was equally as excited I was so finally we had a plan for our girls day out in Vegas. 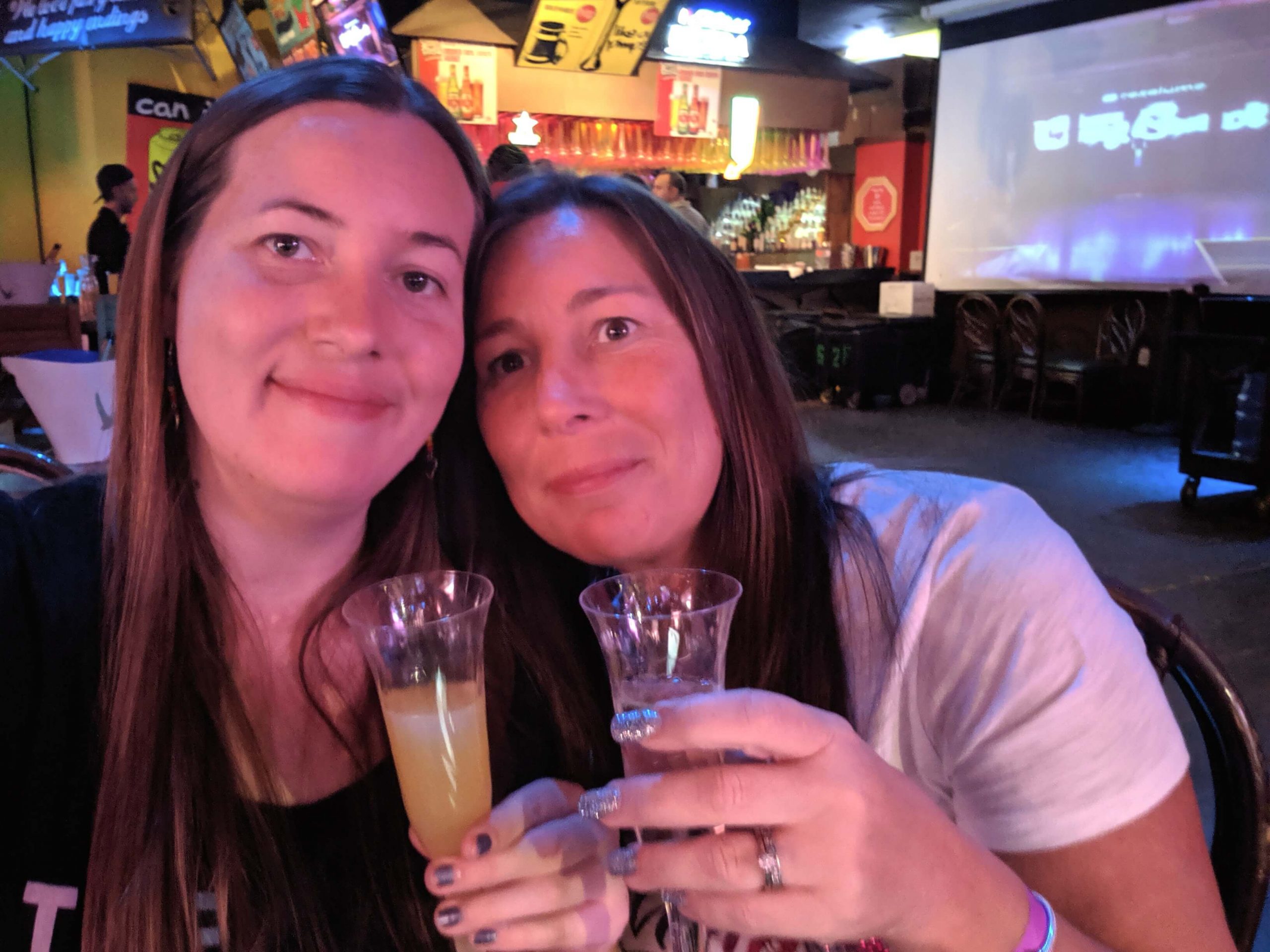 Yes this really is my mum and not my sister!

Getting Tickets for the Drag Queen Brunch

Where to Buy Tickets

I knew this brunch couldn’t be missed so as soon as I got the green light from my mum I wanted to get tickets booked. The show is run by Voss Events and you can book directly through their website or through the Vegas Show Tickets website. The prices do look cheaper on Show Tickets at a first glance but that is because the tax hasn’t been added. Both will include a booking fee but booking directly with Voss Events does save you about $2. Not a huge saving but still it’s a cheaper price.

What’s also worth noting is that booking directly on the Voss Events website gives you more options, including a much cheaper ticket price option of just getting an entry ticket. You’ll have to stand at the bar and drinks won’t be included but you’ll get to enjoy the show at a much cheaper price.

I ordered my tickets through the Las Vegas Show Tickets website in which you get two options, General Admission and VIP Seating.

Even though it was more expensive I decided to get the VIP seating tickets. Looking at the seat map on the website it looked like all the general admission seats were at the back and I wanted to be closer to the action. 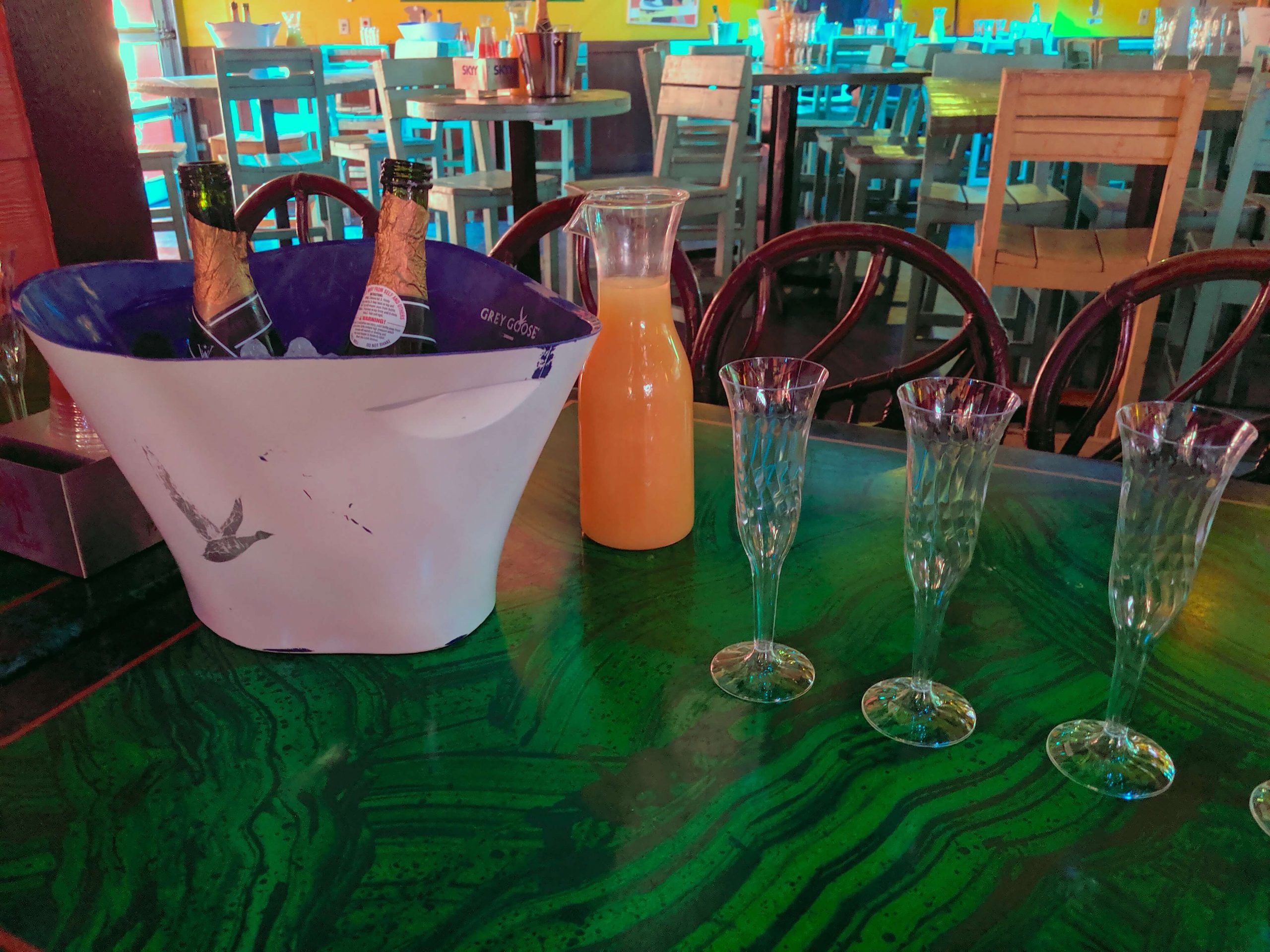 General Admission tickets are away from the main stage but the drags do walk around so you won’t be missing out. Like with the VIP Seating tickets, you’ll have full access to the breakfast buffet and unlimited mimosas. But you will have to pay for any additional drinks at the bar.

Entry Only tickets are a lot cheaper but you will only get entry to the show. You won’t be able to visit the buffet and all drinks will need to be paid for at the bar. You also won’t get any seating with this ticket and will have to stand at the bar. While you don’t get a lot with this ticket, hence the cheaper price, it’s the perfect option for those that want to see a drag show at a reasonable price. 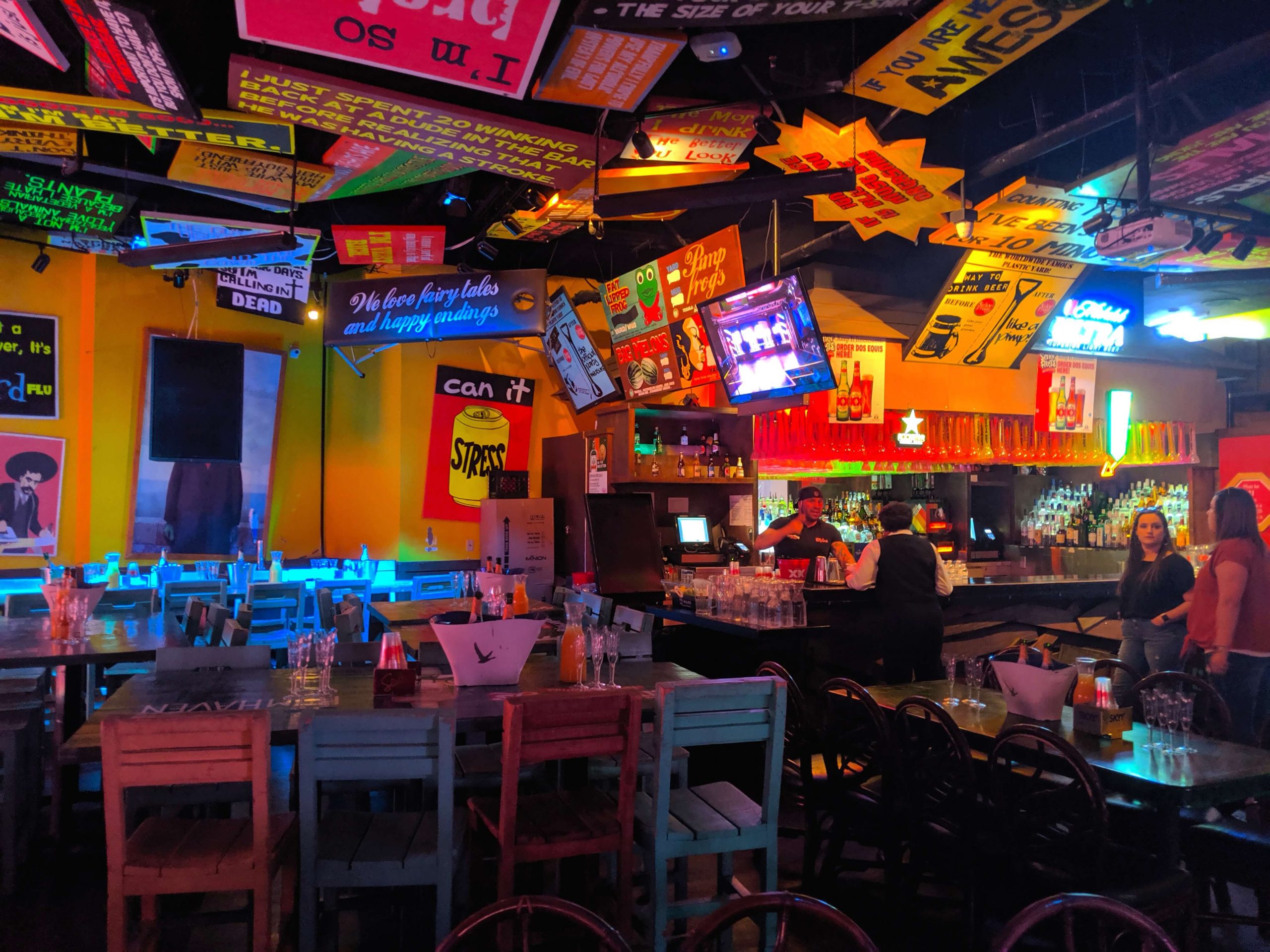 Where is the Drag Queen Brunch

The Drag Queen Brunch in Las Vegas is at Señor Frogs, a Mexican restaurant inside the Treasure Island Hotel.

If you’re planning on taking the monorail, the closest station is the Harrah’s station. Although always check in advance as this station was closed during our visit and we had to get off earlier at the Flamingo/Caesars Palace station. 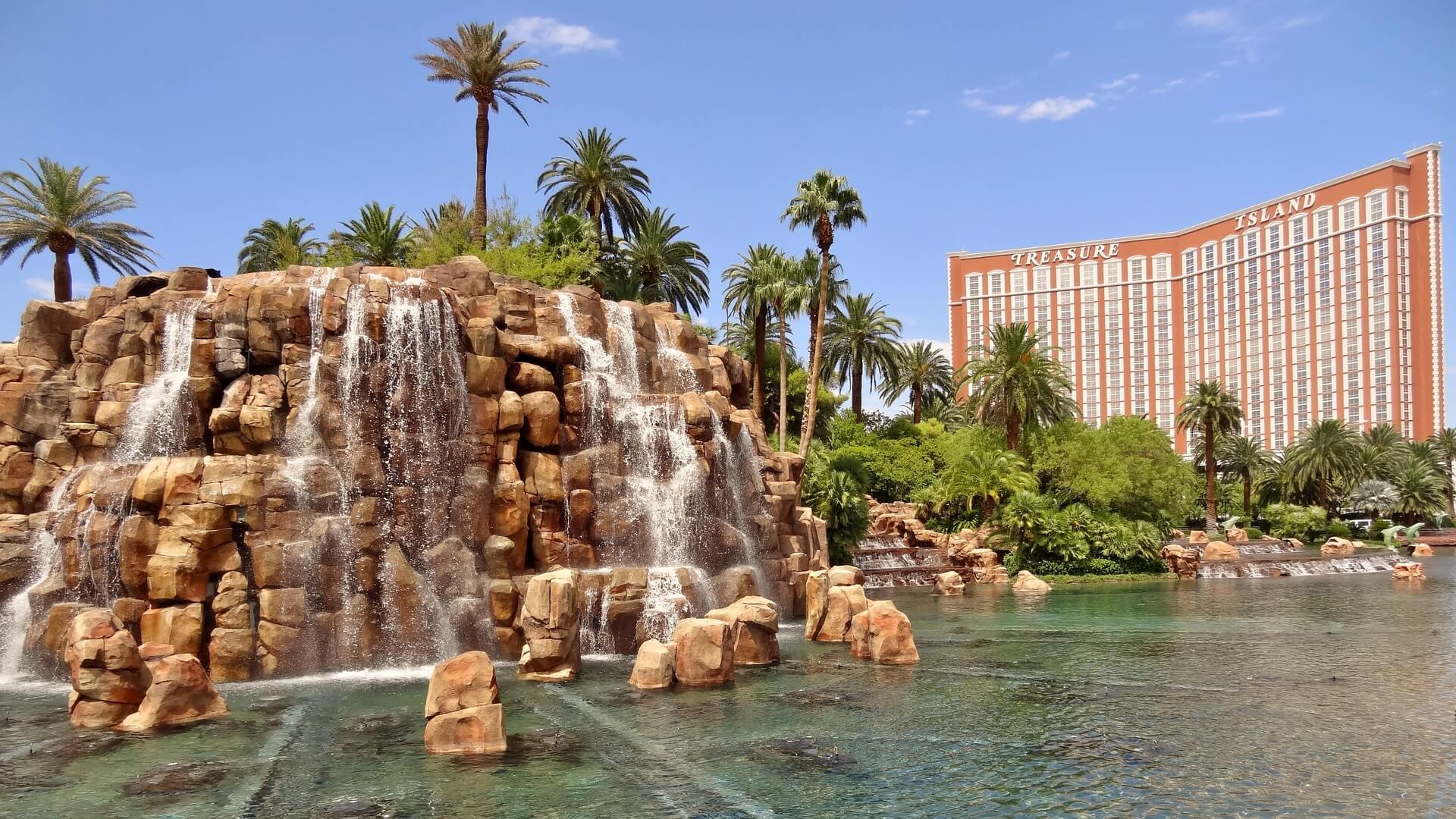 It’s also worth mentioning that the strip is a lot bigger than it looks on a map. What might look like a simple 10 minute walk could actually take 30 minutes to walk! 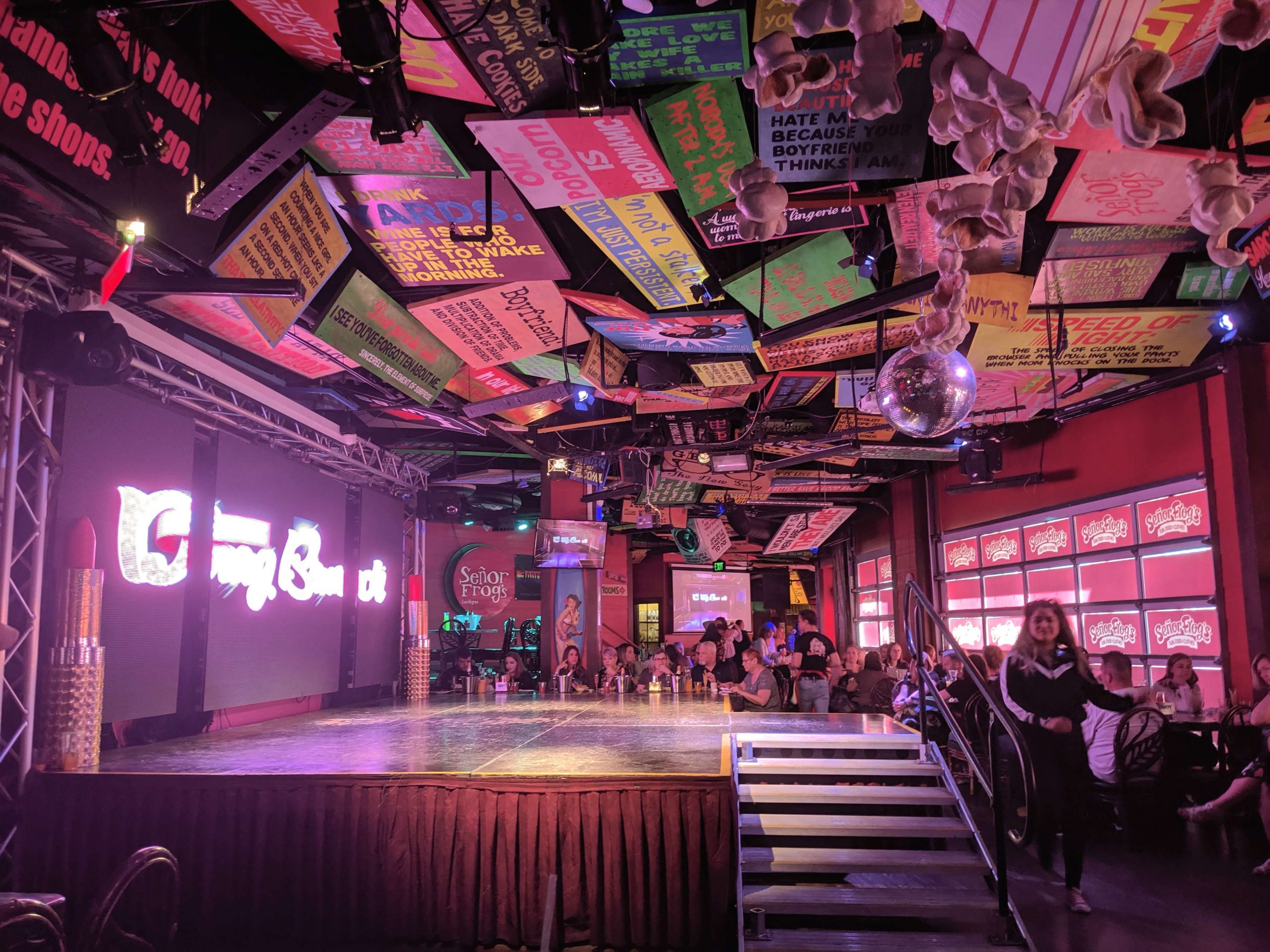 Another important reason to arrive early is to have time to enjoy the buffet before the show starts. I knew this brunch was more about the drag show than the food so I wasn’t expecting too much from the buffet. So I was pleasantly surprised when I got there to see quite a wide variety of foods available. They were serving everything breakfast related from cereals, pastries, sausages, eggs, fruit and even some Mexican food. The joys of having brunch at a Mexican restaurant! 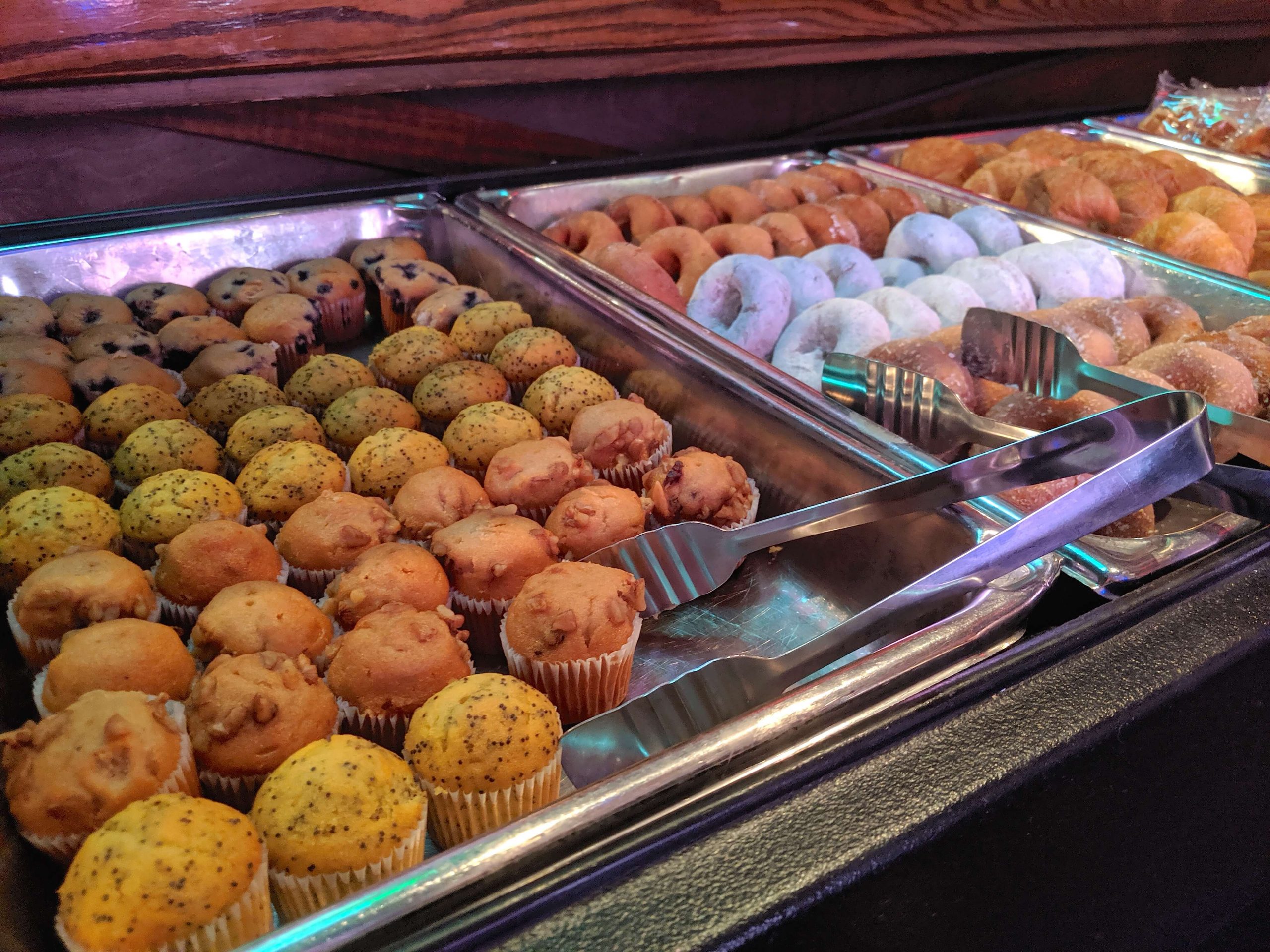 What I loved about the Drag Queen Brunch is they looked after you where drinks were concerned. After spending $70 per person it was nice knowing the drinks were free flowing. On each table was a bottle of Wycliff California Champagne Brut and a jug of orange juice to mix your own mimosas. I thought that bottle might have been all we got but they told us upon arrival that once it’s empty just turn it upside down and they’ll bring another bottle. And I certainly can’t fault the service as they were quick to replace that bottle! As they like to say, they become more realistic women the more we drink! 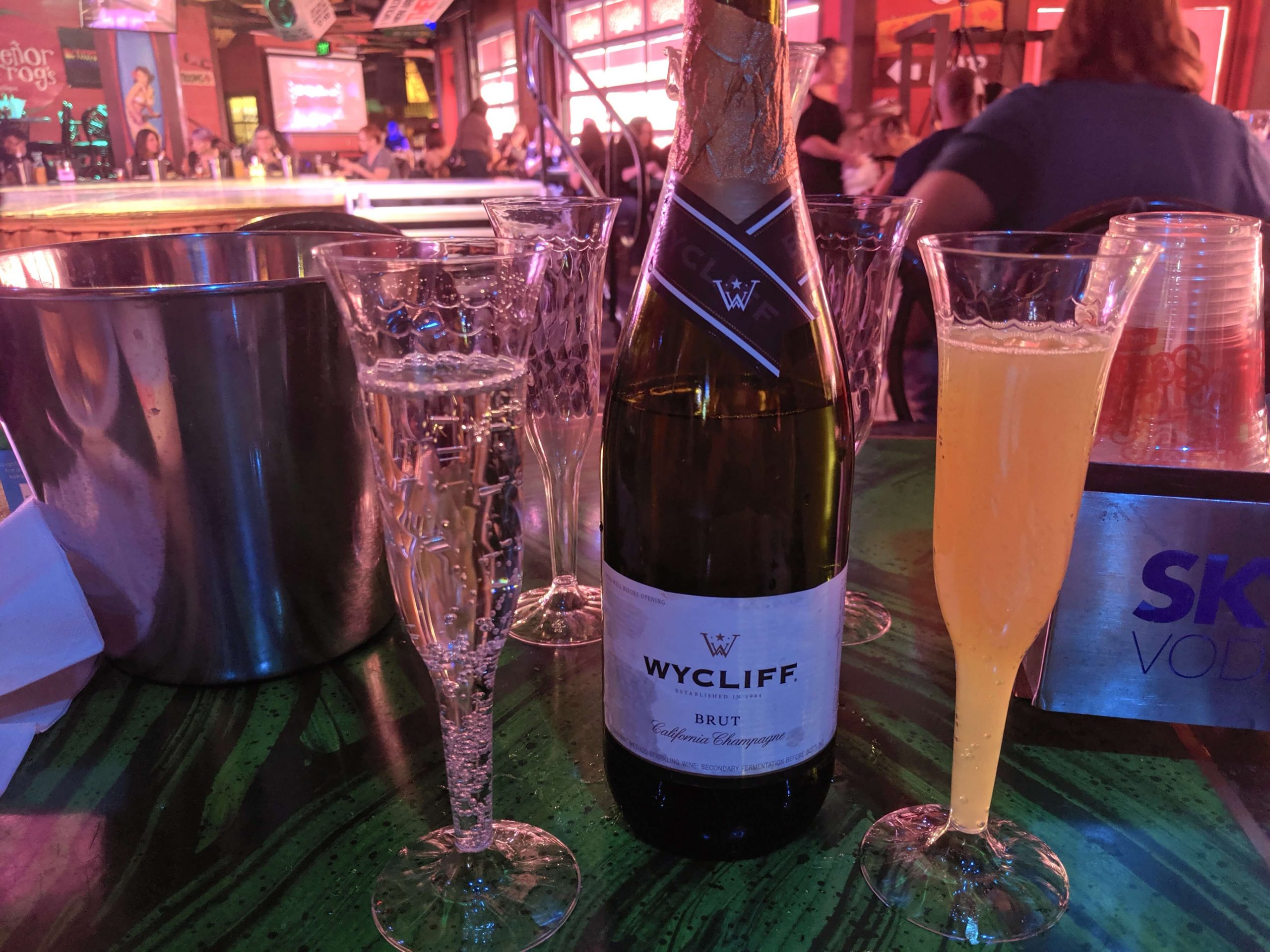 Plus, if you have paid for the VIP Seating you also get to enjoy the open bar located at the back of the room. What was great about our experience was the couple sharing the table with us were taking advantage of the free cocktails which meant more mimosas for me. I mean, it would have been rude not to right? 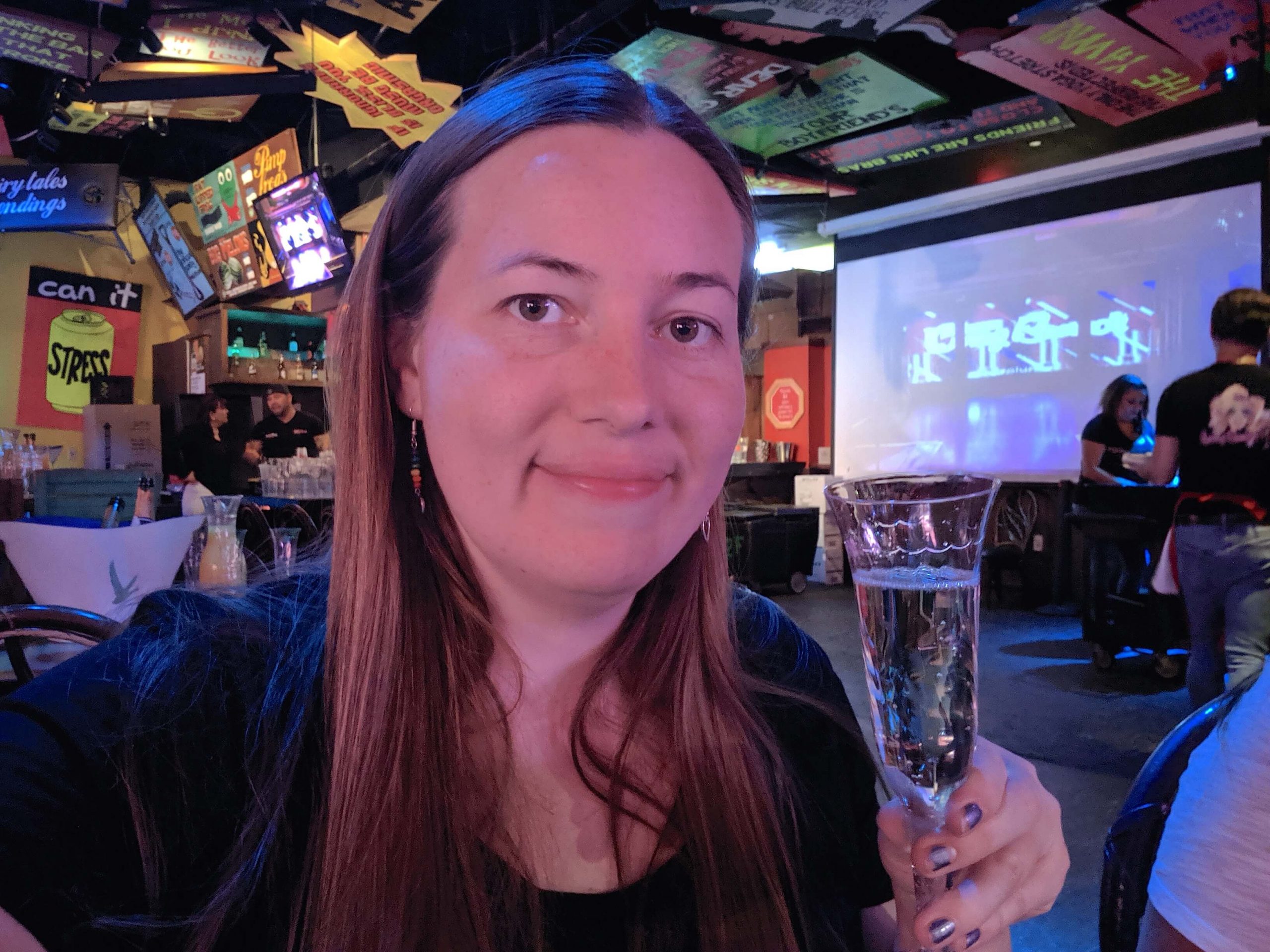 If you’re not much of a drinker, don’t panic! There are plenty of non alcoholic drinks available. With all the free booze in front of us my mum still felt the desire to drink milk. I guess I can’t blame her for my love of alcoholic drinks! But I promise mum I was only drinking the bottle to find out if they were genuine about replenishing it. I was doing it for my readers. Honest… 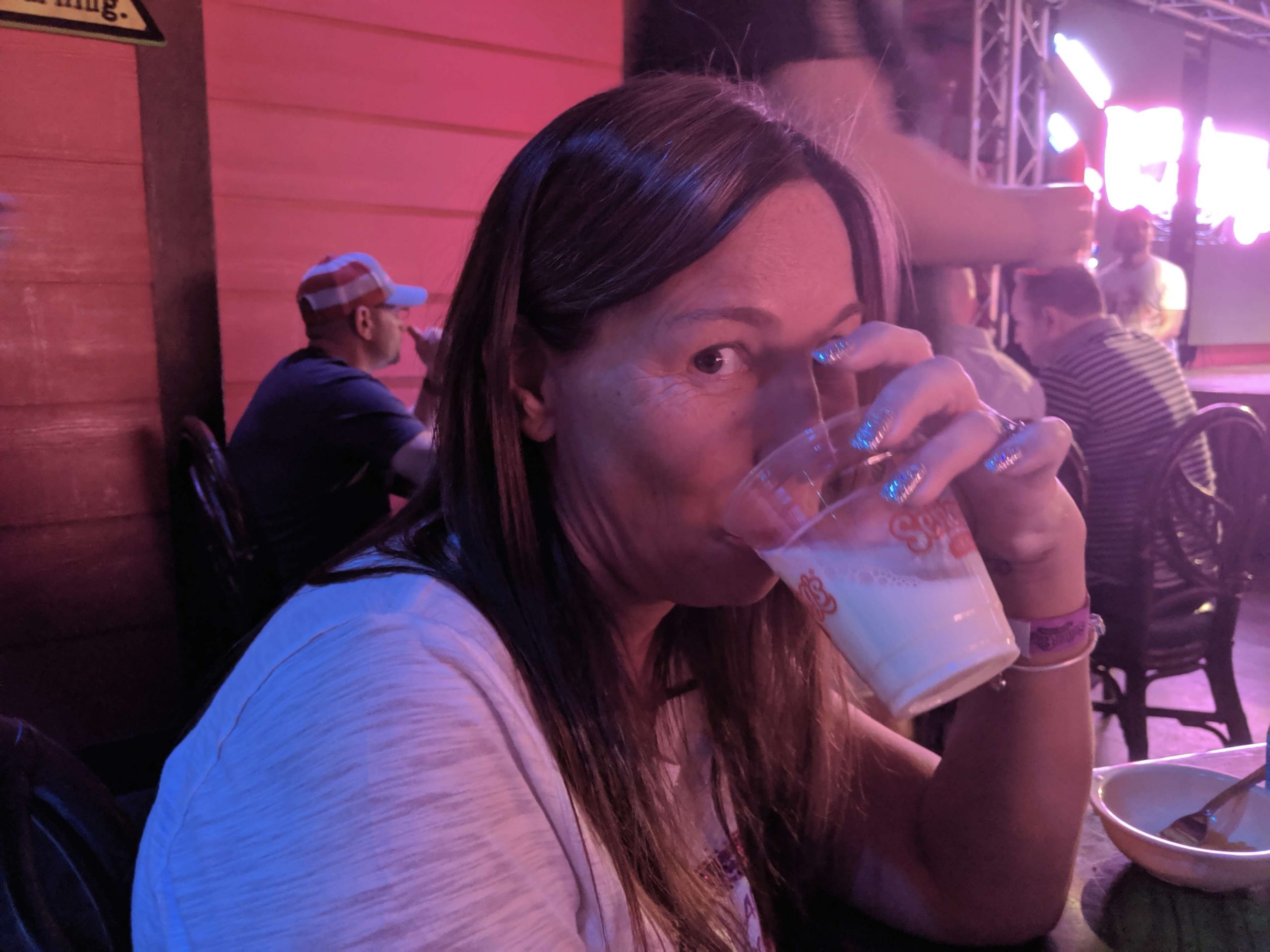 Neither of us had been to a drag show before so we had no idea what to expect from the experience. Once it was time to start the show our host drag came onto the stage. Instantly she had the audience laughing with her. She was a fantastic host. Before the drags came out she started the show getting to know the audience. Anyone that was here celebrating a wedding, a divorce or a birthday were brought up on to the stage for a twerking contest! I can’t remember what the prize was but all the girls on stage were having a great time and the audience were loving it. 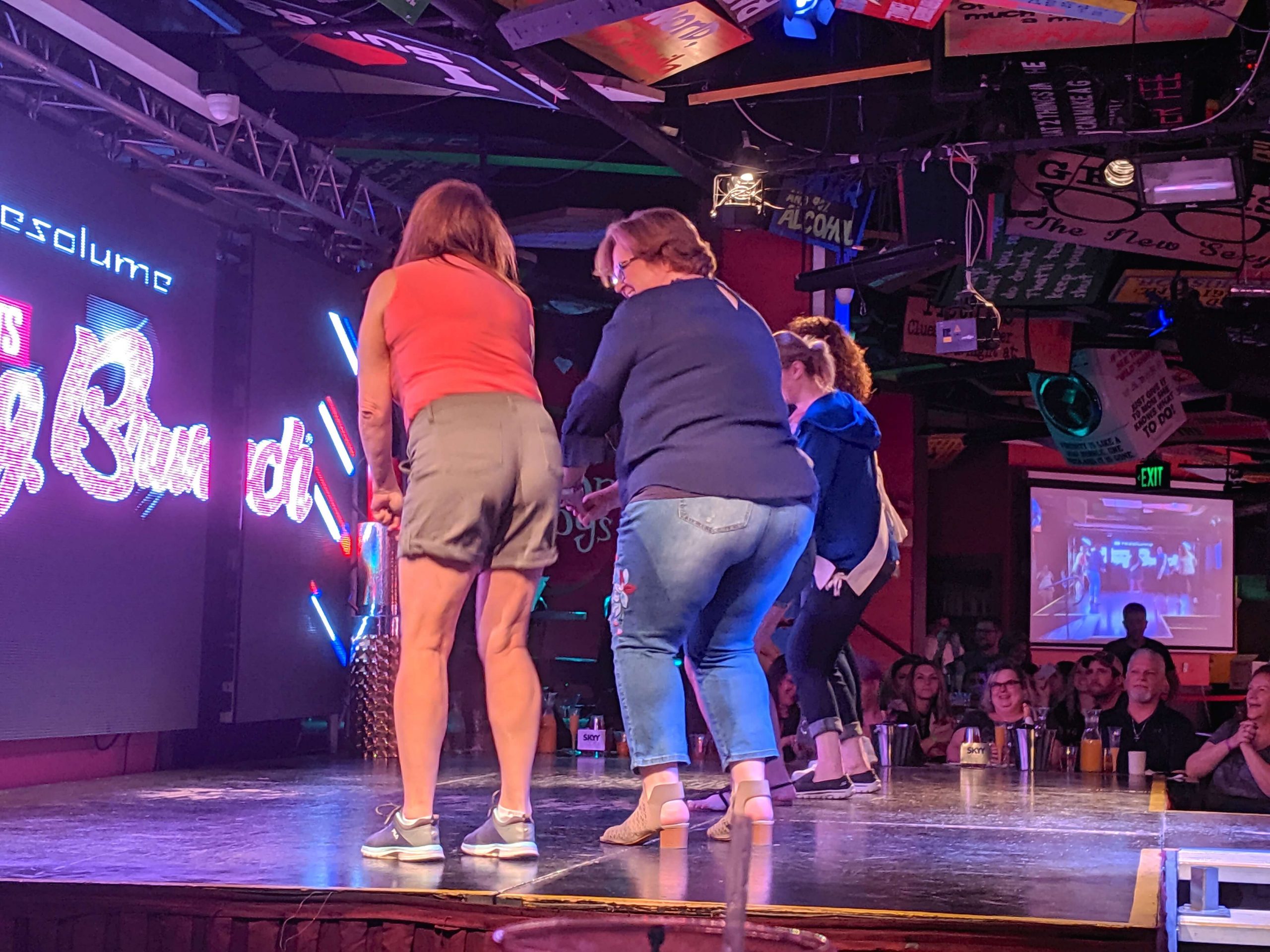 It was the perfect way to warm us up for the main event. Our host would come out to introduce our upcoming drag act. After each introduction she would mention what season of RuPaul’s Drag Race they had appeared on. Clearly we were getting to see some of the best drag queens in the United States! 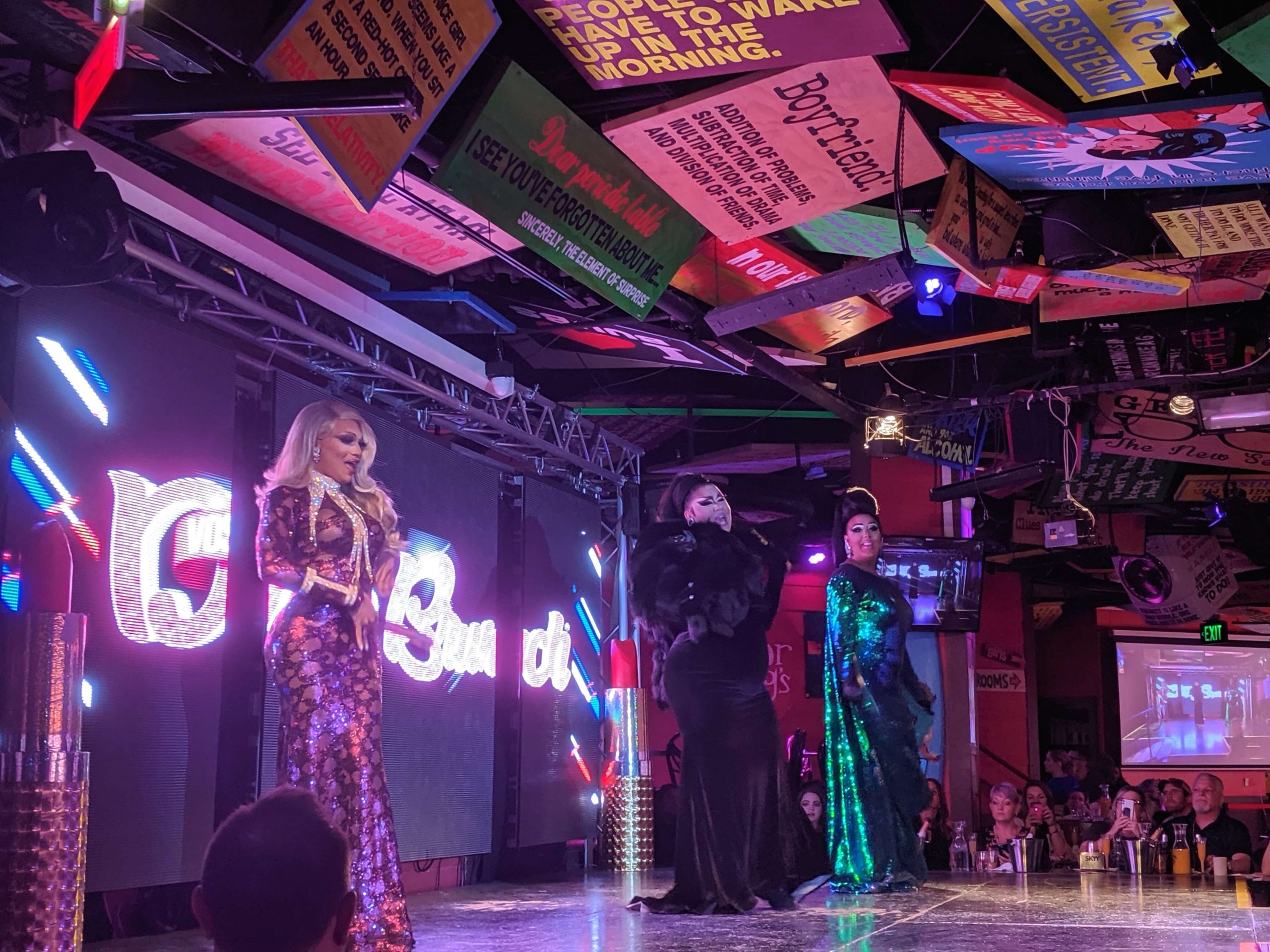 I was absolutely fixated on the drag queens performing in front of us. I was just looking at them in their glamorous outfits and make up thinking “Wow, I can’t image the time that look has took”. I’ve never been the girly girl type so I can’t picture myself ever looking like them. It just made me appreciate them even more. 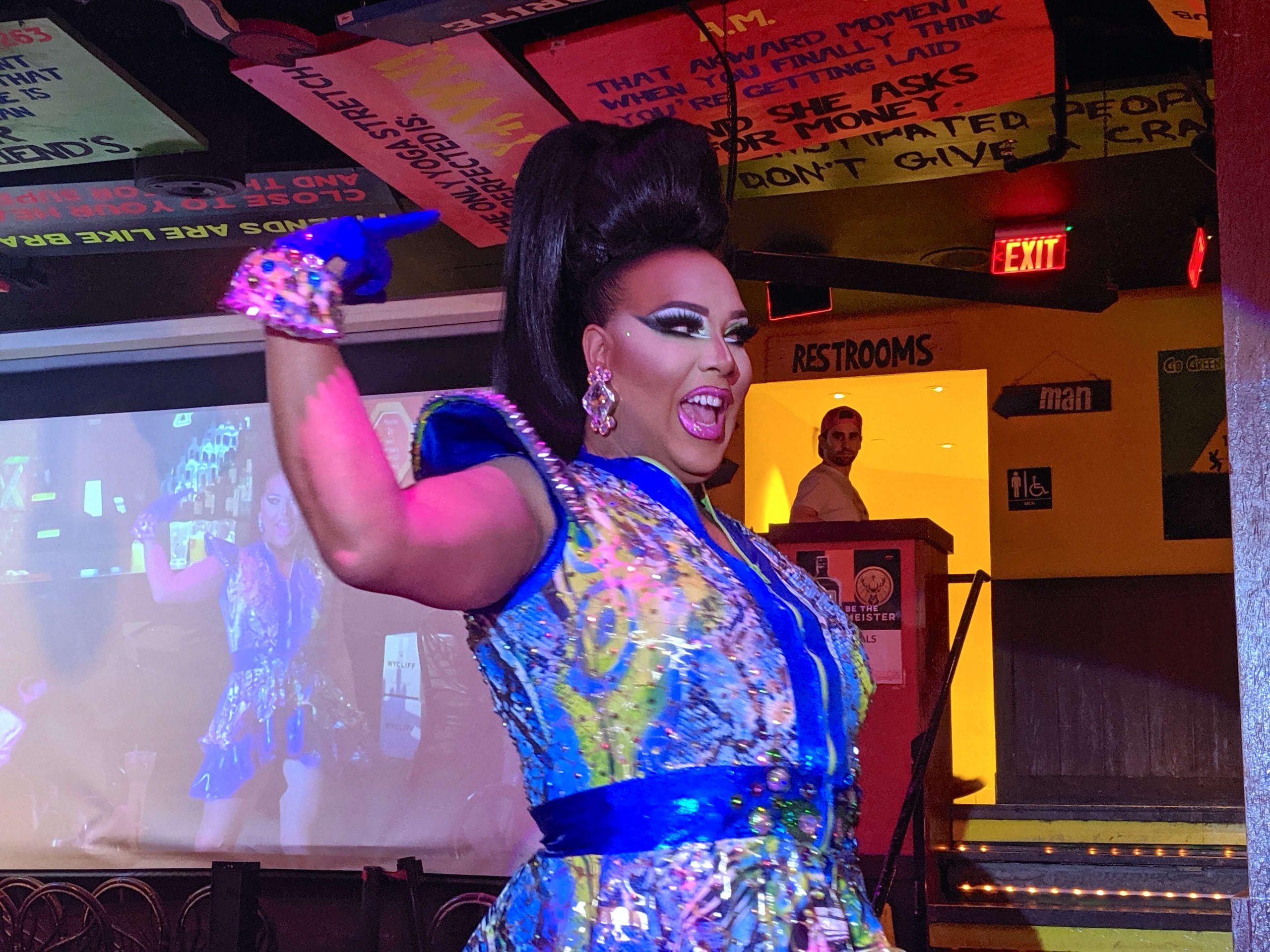 The whole brunch was about 2 hours long in total and we were certainly entertained the whole time. During their acts the drag queens would walk around the seating areas. This is your chance to tip your favourite drag queens. Don’t worry if you don’t come prepared to tip, they have someone who walks around before the show starts to exchange money. While most people just hand them the dollar bills, it’s also acceptable to attach them to the drags outfit. Just remember to stay respectful! 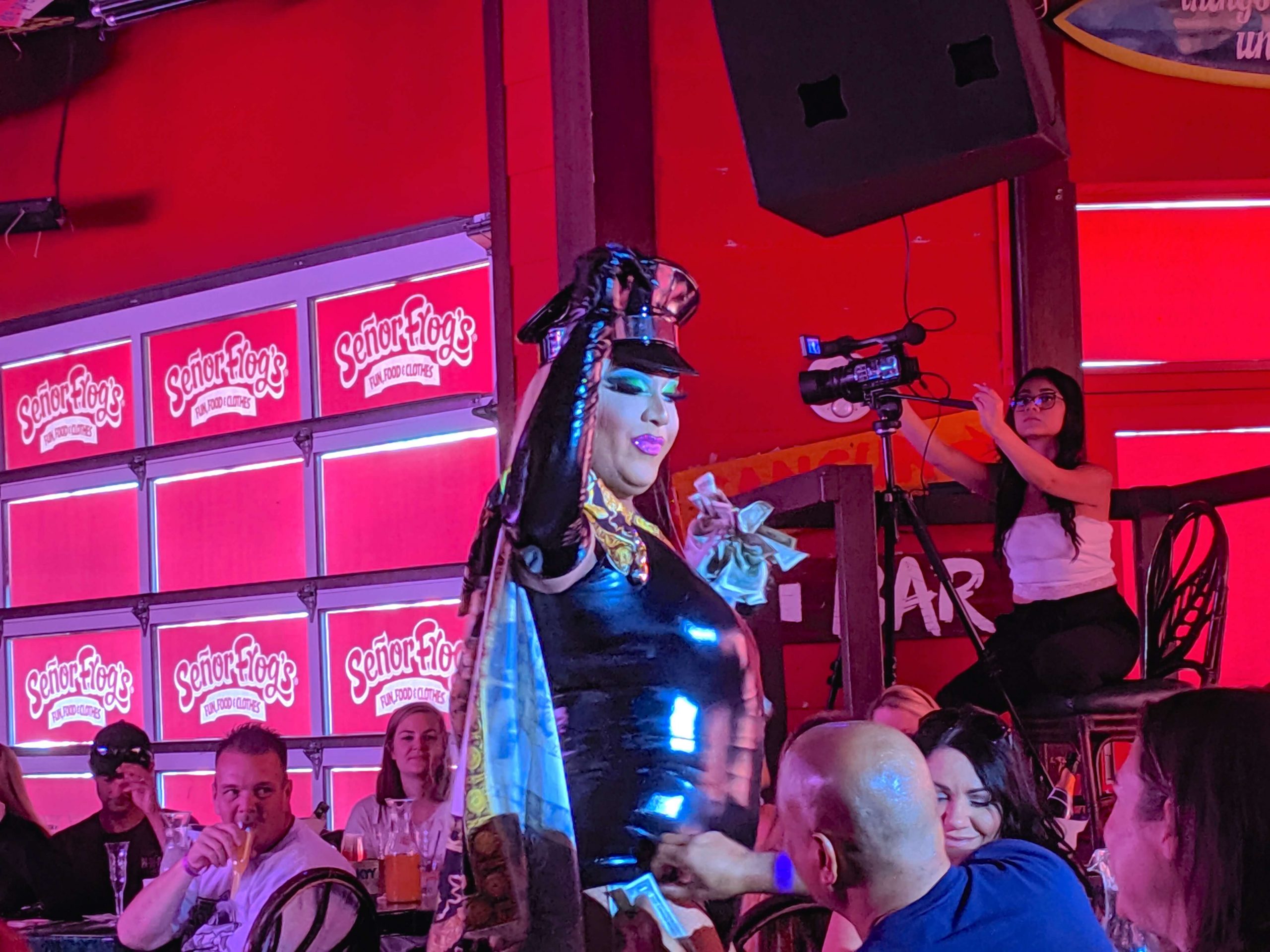 So I’ll admit that before coming to the Drag Queen Brunch I had never seen any of RuPaul’s Drag Race. In fact, I had never even heard of the show until recently. After taking a new job in Manchester a colleague mentioned it and I had no clue what she was talking about. When she first mentioned I thought it was some kind of car show!

During the brunch they kept announcing every girl as being from the show and I got excited thinking of my friend back home. I kept sending her pictures to see if she recognised any of them.

After returning back to England I found out that Voss Events are the events company who organise RuPaul’s drag events which then made sense why all the drags were former contestants of the show. So, if you are a fan of the show this is your chance to see some of your favourite past contestants in action.

Since I’ve been back in England I’ve been catching up with previous seasons on Netflix and have got completely addicted to the show. Each episode ends with RuPaul saying what may now be my new favourite motto:

“If you can’t love yourself, how in the hell you gonna love somebody else” 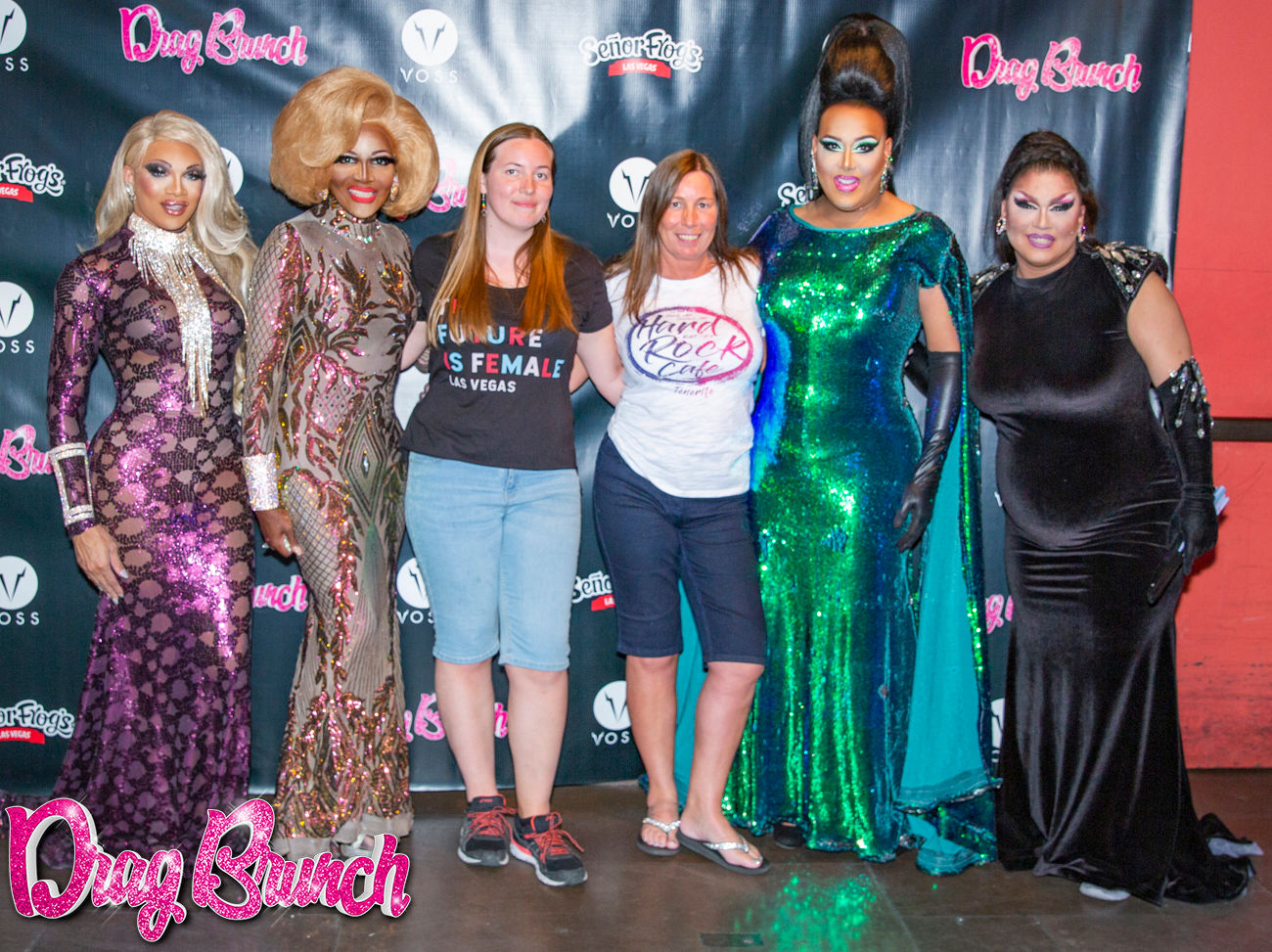 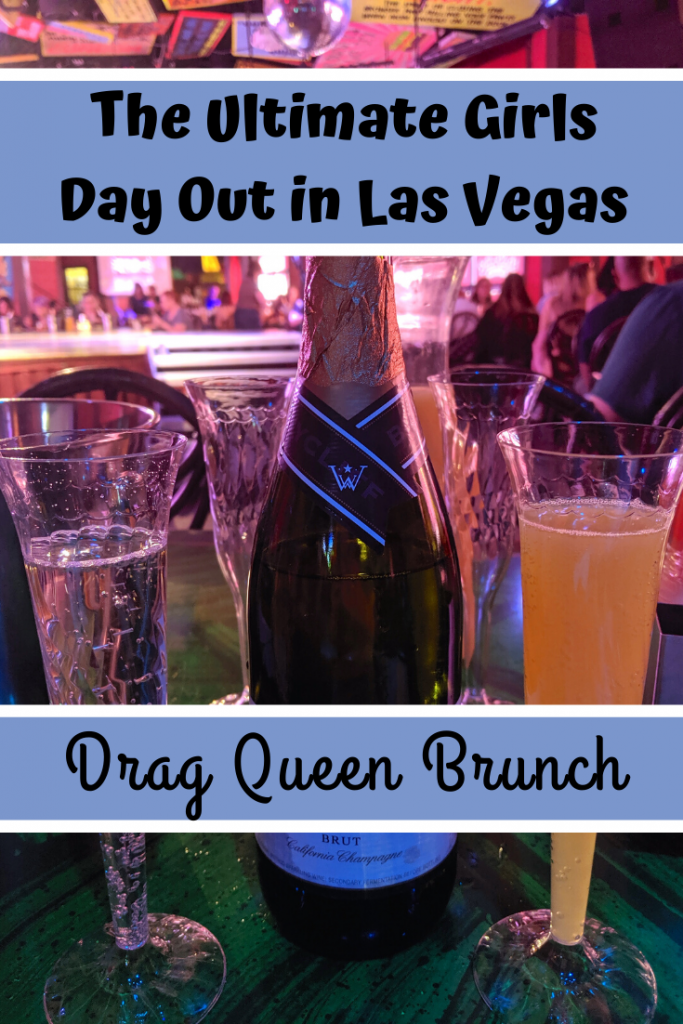 Dining at Hell's Kitchen in Las Vegas
Review: The Signature at MGM Grand, Las Vegas
The Best Waterfalls in California You Must Visit
Checking out the Sex and The City Tour in New York