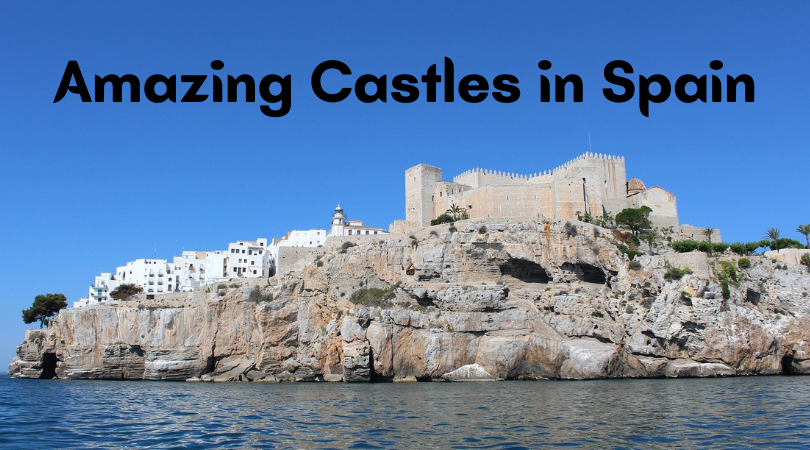 There are so many amazing castles in Europe and you’ll find many of those beautiful castles in Spain.

Sunny Spain is a popular destination for us Brits looking to escape the fickle British weather but there is so much more to Spain than good weather and relaxing beaches. Spain is rich in history and it’s reported there are around 2,500 castles in Spain!

Obviously, it would take a long time to explore all the castles so here is my list of the 6 best and most fairy-tale-like castles in Spain. Which ones will you want to visit?

This list had to start with Alcazar de Segovia, one of the most famous castles in Spain. This beautiful castle is mostly known for being the inspiration behind Cinderella’s castle. Located on a hill overlooking the city of Segovia, the castle stands out for being shaped like the bow of a ship. Originally built by Mediterranean Muslims as a fortress, it has also served as a royal palace and even a state prison.

The Alcazar is the symbol of the old city of Segovia, a UNESCO World Heritage Site, and this magnificent castle is open to visitors. Entrance only costs €6 or €9 if you want access to the Tower of Juan II. Although it’s worth keeping in mind that the tower has a spiral staircase consisting of 152 steps. 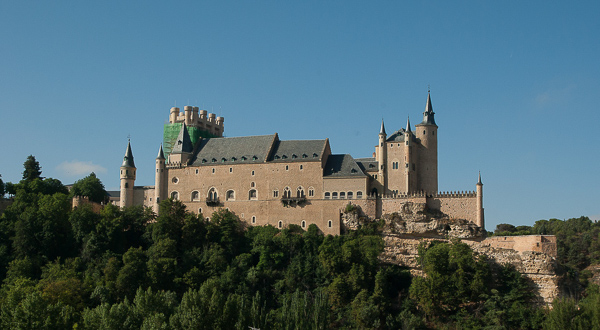 Built in the 15th century, Castillo de Coca, or Coca Castle, is located on the outskirts of the town Coca which is in the Segovia region of Spain. This magnificent castle is considered one of the best examples of Spanish Gothic-Mudejar brickwork.

While you can walk around the ramparts for free, to see the interior you will need to join a guided tour. During the tour you’ll get to see the chapel, weapons room, museum room, gallery tower, the lookout, north gallery, jugs room and dungeon. 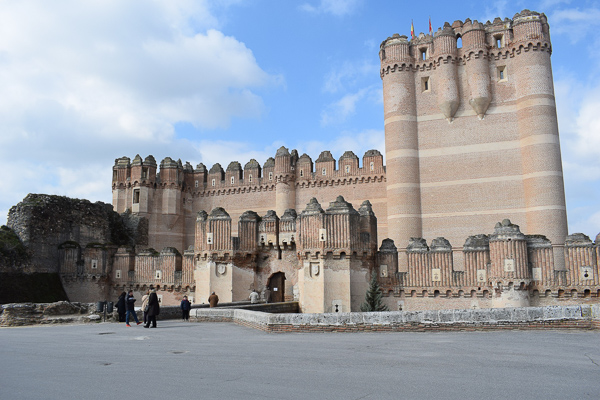 The Palace of the Kings of Navarre of Olite, also known as the Royal Palace of Olite, is made up of three parts. The Old Palace (now called the National Parador) was the original part and built in the 13th century. You’ll also find the ruins of Chapel of San Jorge, a gothic church built inside the Palace. The newest part is the New Palace, built in the 15th century.

Guided tours are available for €5 where you’ll be taken around the ground floor and first floors of the palace. After the tour you are free to wander around the six towers. 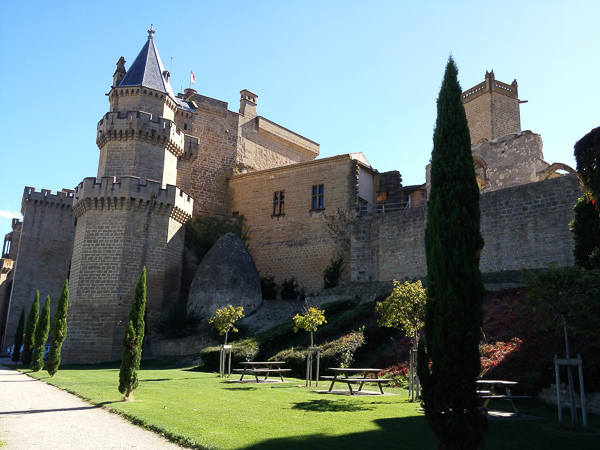 The Castillo de Peñíscola is a castle in Peniscola that sits 64 metres above sea level overlooking the Mediterranean Sea. The current form of the castle was created by the Knights Templar during the 12th century.

The surrounding area of the castle is a popular beach resort town, making the castle a must see attraction to many people. A large part of the castle grounds have been turned into a botanic garden. With stunning views of the ocean and the peaceful atmosphere of the garden it’s easy to see why this castle is popular. 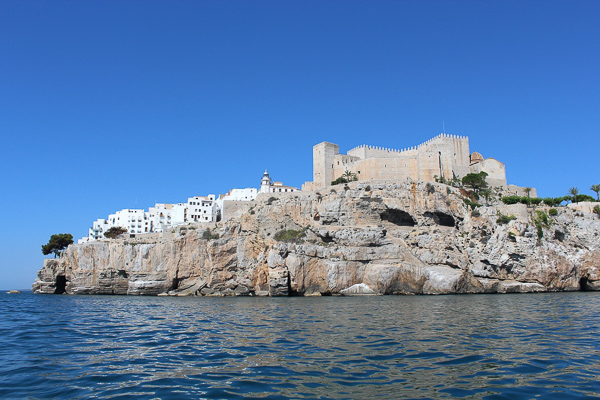 Also known as Mendoza Castle after the royal family that lived there, this beautiful castle was erected in the 15th century in the town of Manzanares el Real at the foot of the Sierra de Guadarrama mountain range. It is one of the best preserved castles of the Community of Madrid.

The castle is open for visitors and nowadays is home to a museum dedicated to showcasing the history of Spanish castles. It’s a great castle to visit for its panoramic views of the Sierra de Guadarrama mountain ridge. 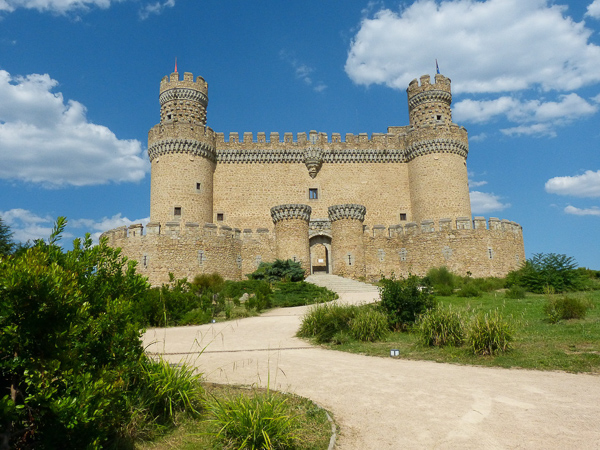 Built largely in the 11th and 12th centuries, Castillo de Loarre, or Loarre Castle, is a Romanesque Castle and Abbey located near the town of Loarre. Perched on the southern foothills of the Pyrnees, Loarre Castle is said to be the oldest fortified castle in Spain.

Today the grounds are open for visits so you can stroll around the grounds and admire the stunning views. Tickets for the castle cost €6 or €8 for a guided tour which lasts about an hour. 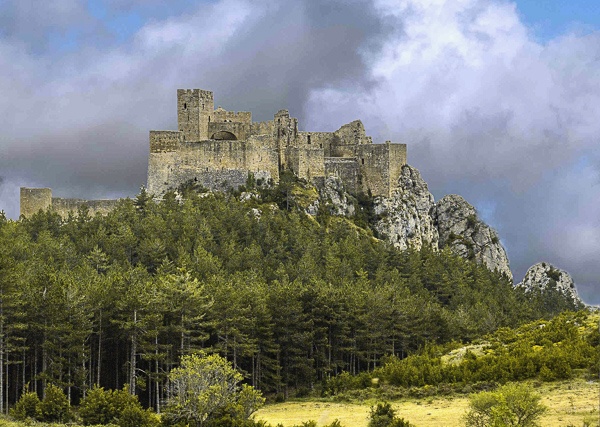 There you have it, six beautiful castles to visit in Spain. Which will you visit first? Have you been to any already? Let me know in the comments below.

Looking for more amazing things to do in Spain? Why not check out some of these posts 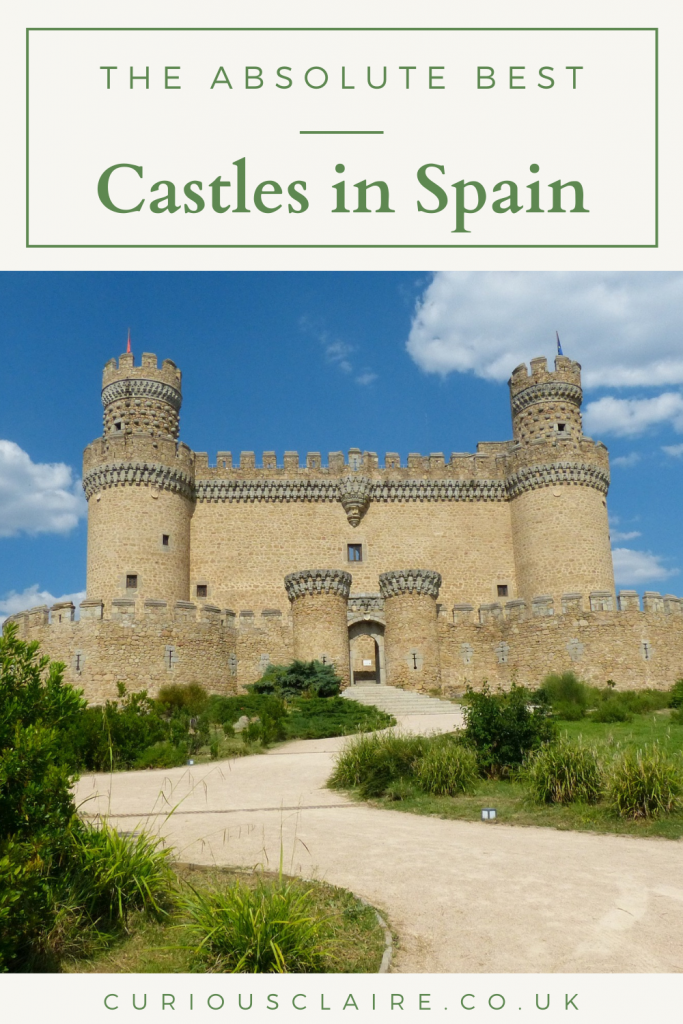 10 Awesome Outdoor Activities in Tenerife
Going Hiking in Tenerife
Polish Castles: The 12 Best Castles in Poland
40 Incredible Books Set in Spain to Inspire Your Next Trip