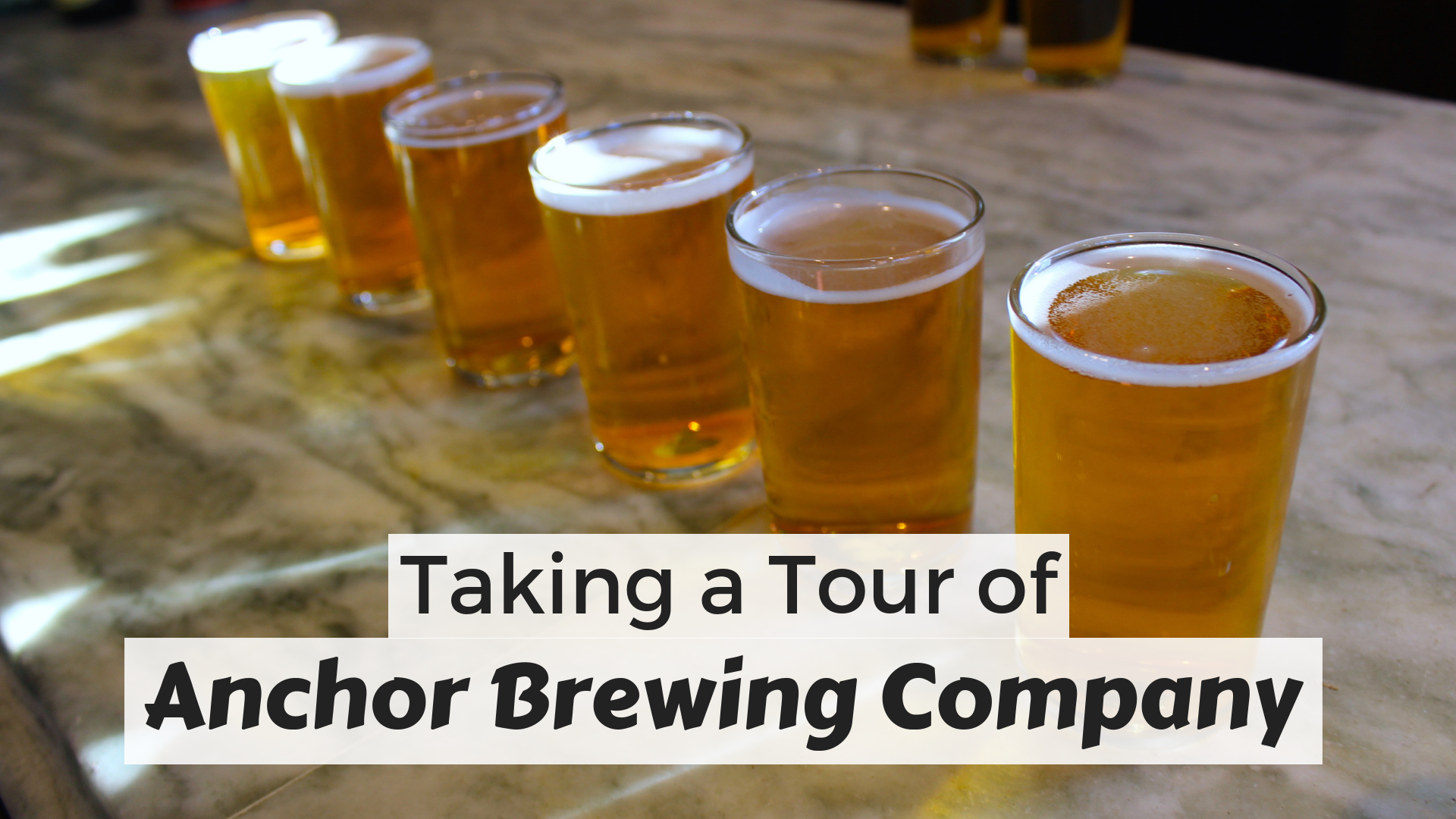 The more interested I get in craft beer, the more fascinated I get with the brewing process which is why I’ve started trying to find more brewery tours to do in cities I visit. While researching for San Francisco I came across Anchor Brewing Company and knew I had to get a place on one of their brewery tours while I was in town.

Anchor Brewing Company is America’s first and oldest craft brewery. What I love about them is they combine the time-honoured art of crafting beer with state of the art modern methods. Every drop of Anchor beer is made in traditional copper brewhouse. 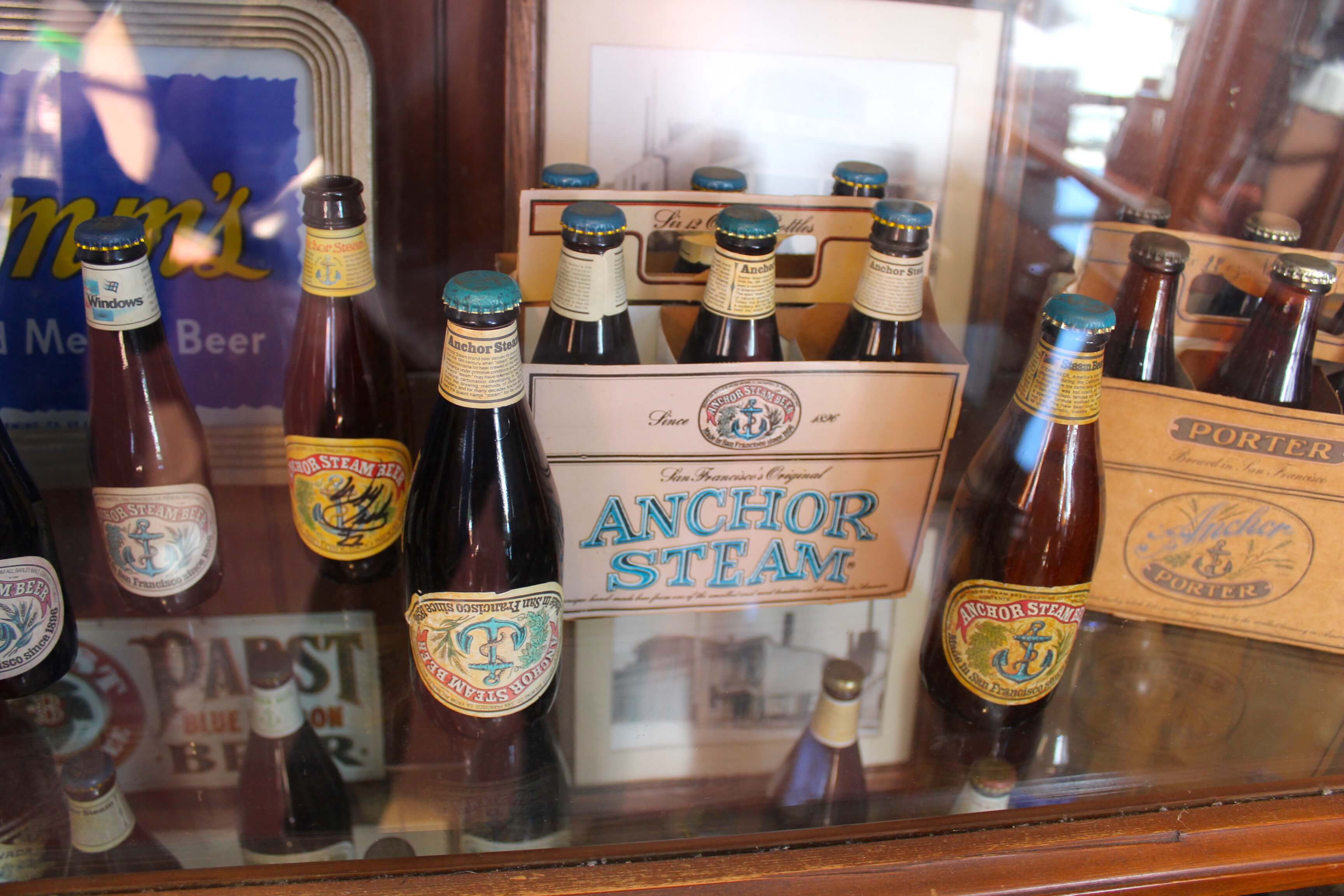 We did end up being a few minutes late for the tour. Not because we didn’t arrive on time but because we went to the public tap thinking that’s where the tour started. When in fact, it actually starts in the building across the road. Thankfully we noticed quickly and didn’t miss any of the tour. 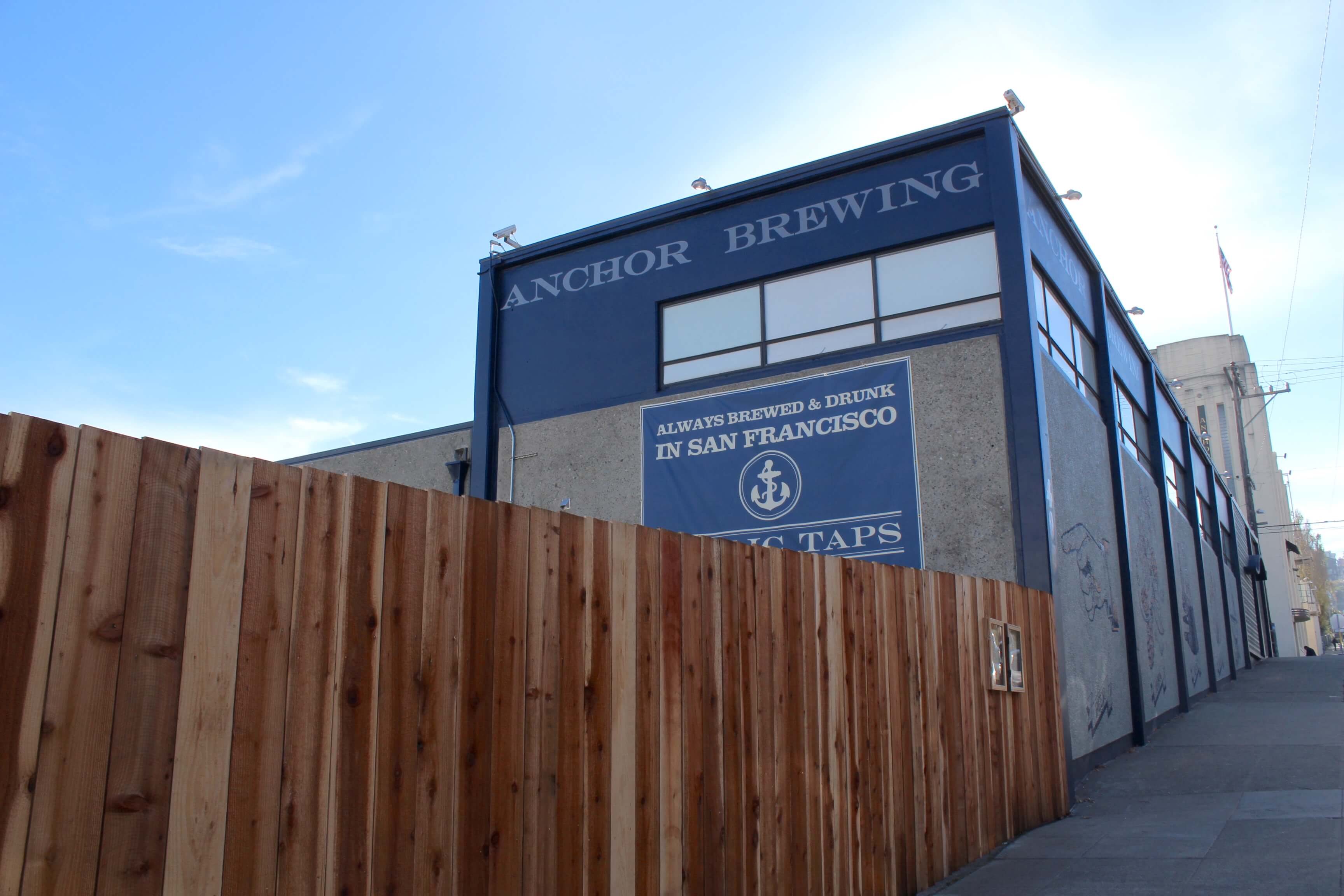 The building looks a little like an office building from the outside. You head in and there will be a reception area. Here you will be giving a wrist band and sent upstairs to the tasting area. This part isn’t open to the public unless you are on one of the tours which is why you get given a wrist band. It does mean that you can leave any bags in the tasting room when you go around on the tour and they’ll be perfectly safe. 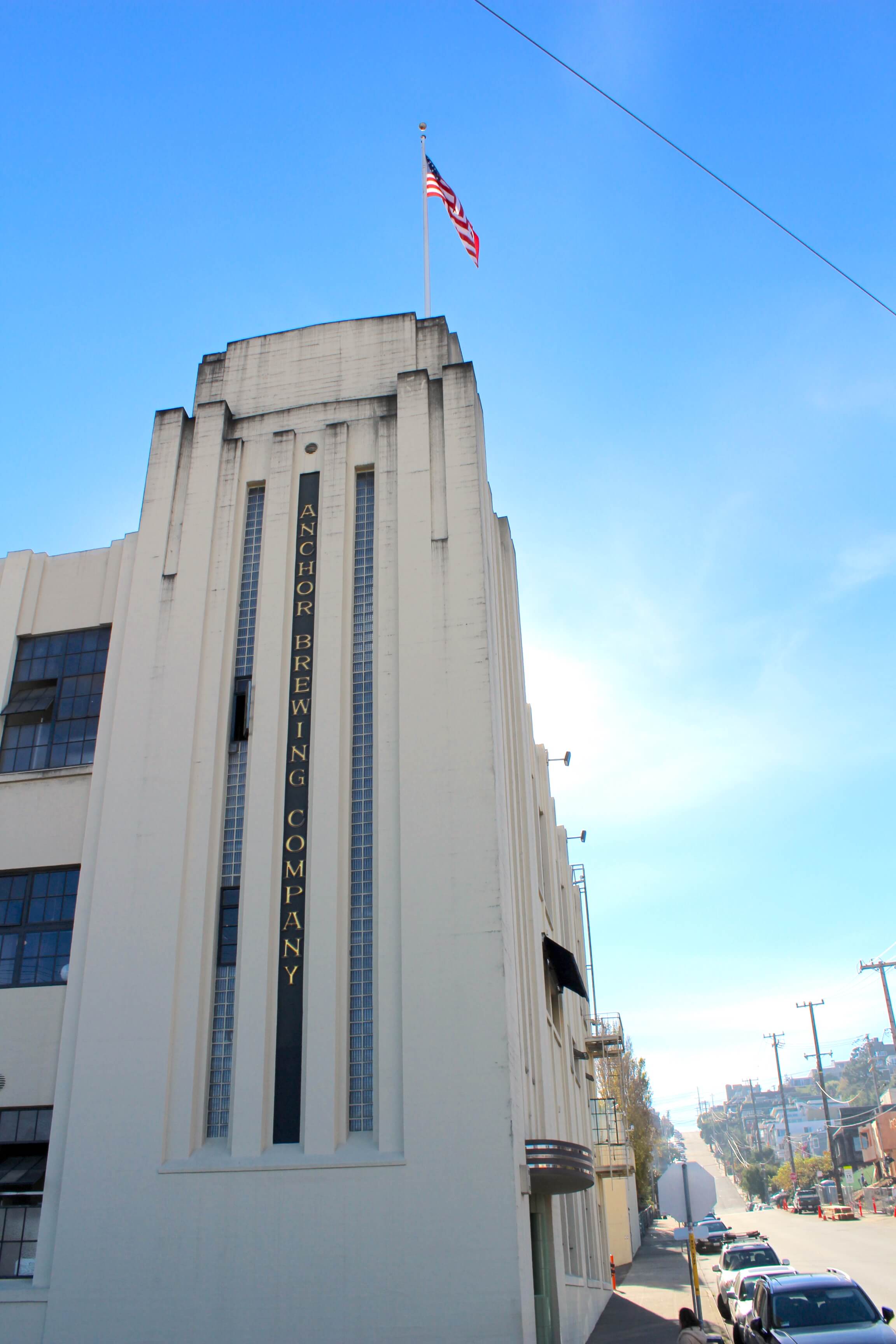 The tour begins in the tasting room where you’ll get an introduction to the fascinating history of Anchor Brewing Company. I found this part really interesting and it made me more eager to take a tour around the brewery and see the copper brewhouse in action. 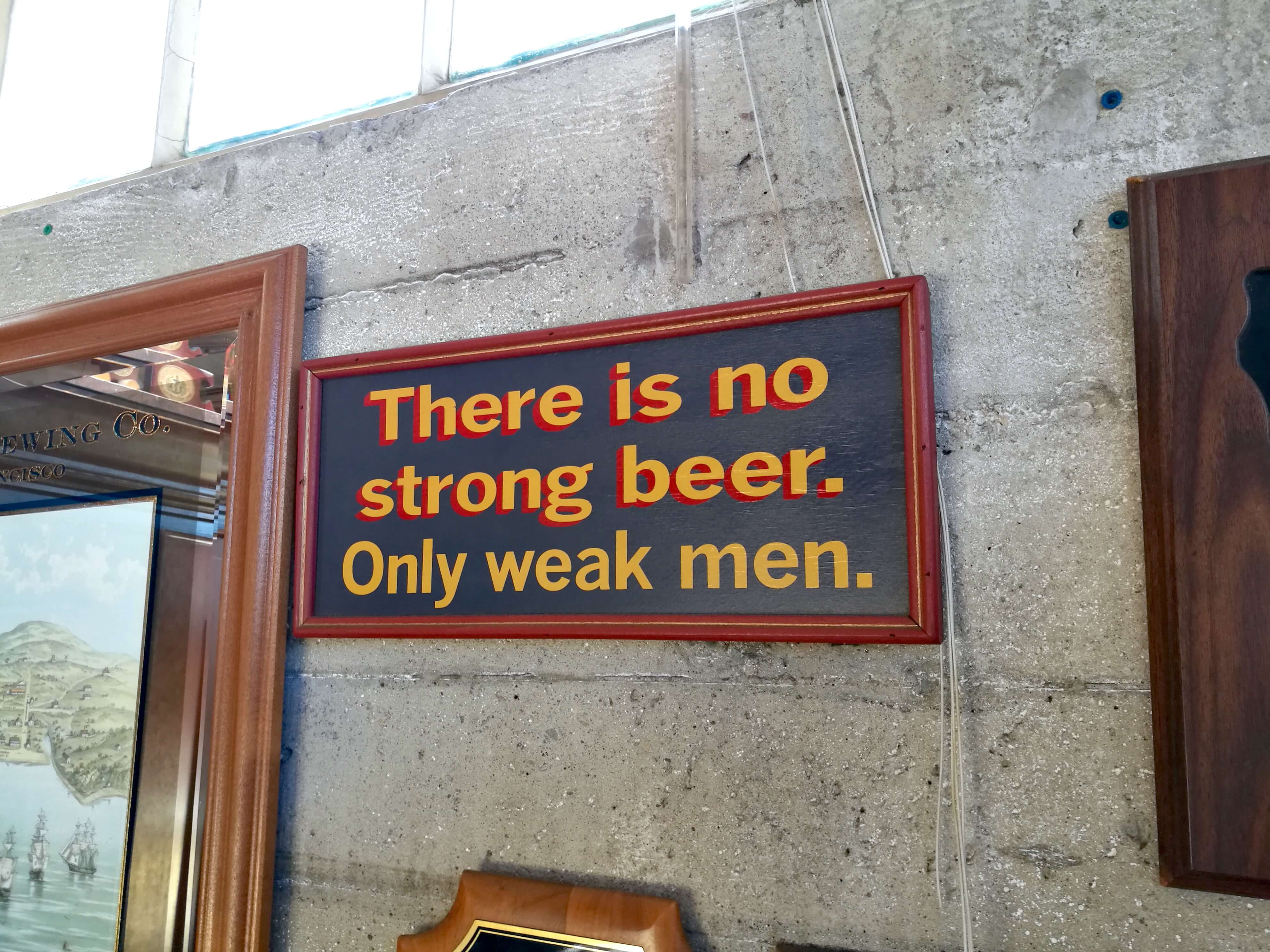 What I really liked about this tour is that we got to try a couple of the beers while they were talking about the history. We started out with the popular steam beer. I had already had this beer a couple of times during the trip, I imagine most who do this tour have, but it’s always good to start a beer tasting with the classics. This particular beer they have been brewing since 1896! 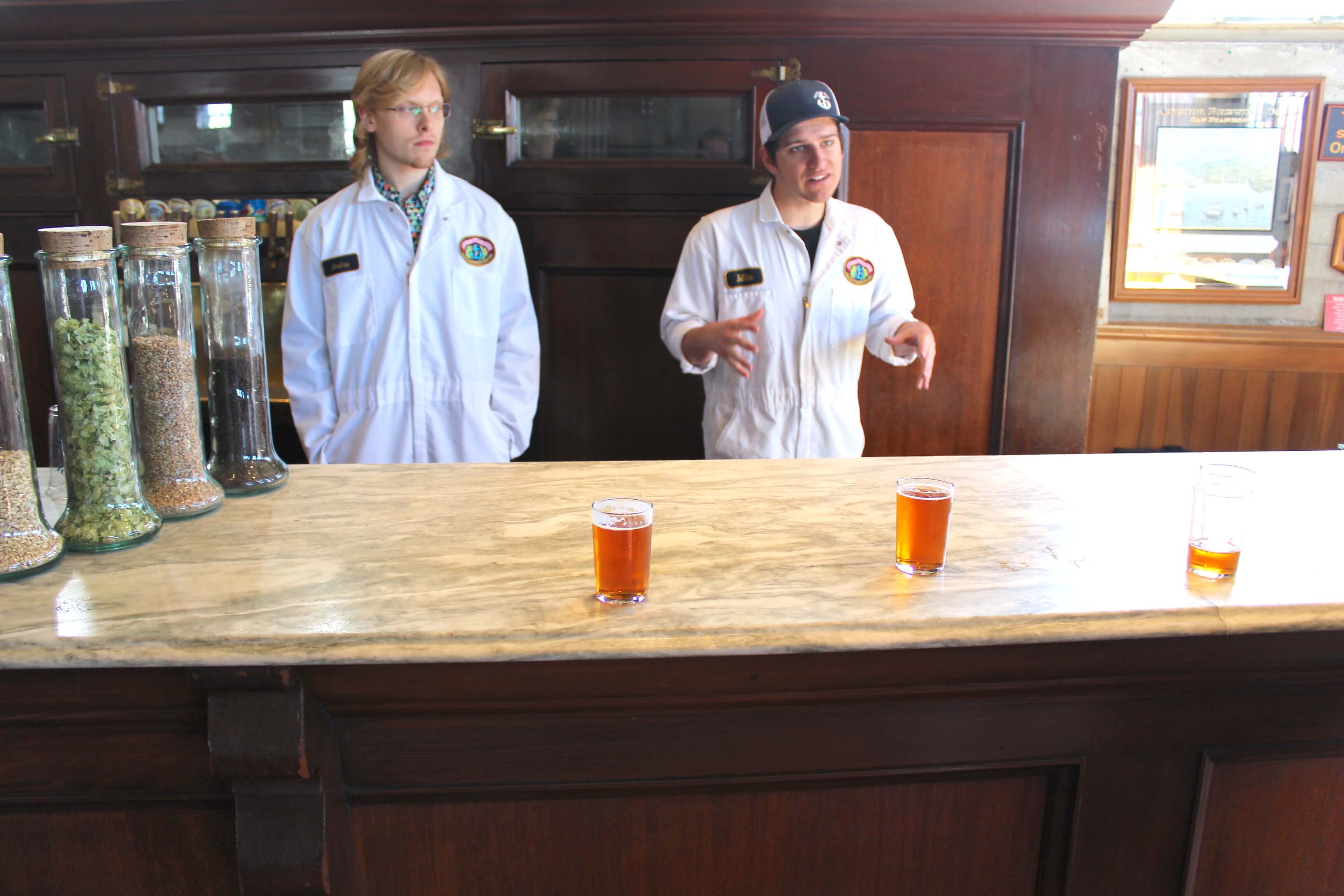 Next up we tried the second most popular of the Anchor Brewing Company beers; the California Lager. This lager is a lot more modern than the steam beer as it was first brewed in 2012. 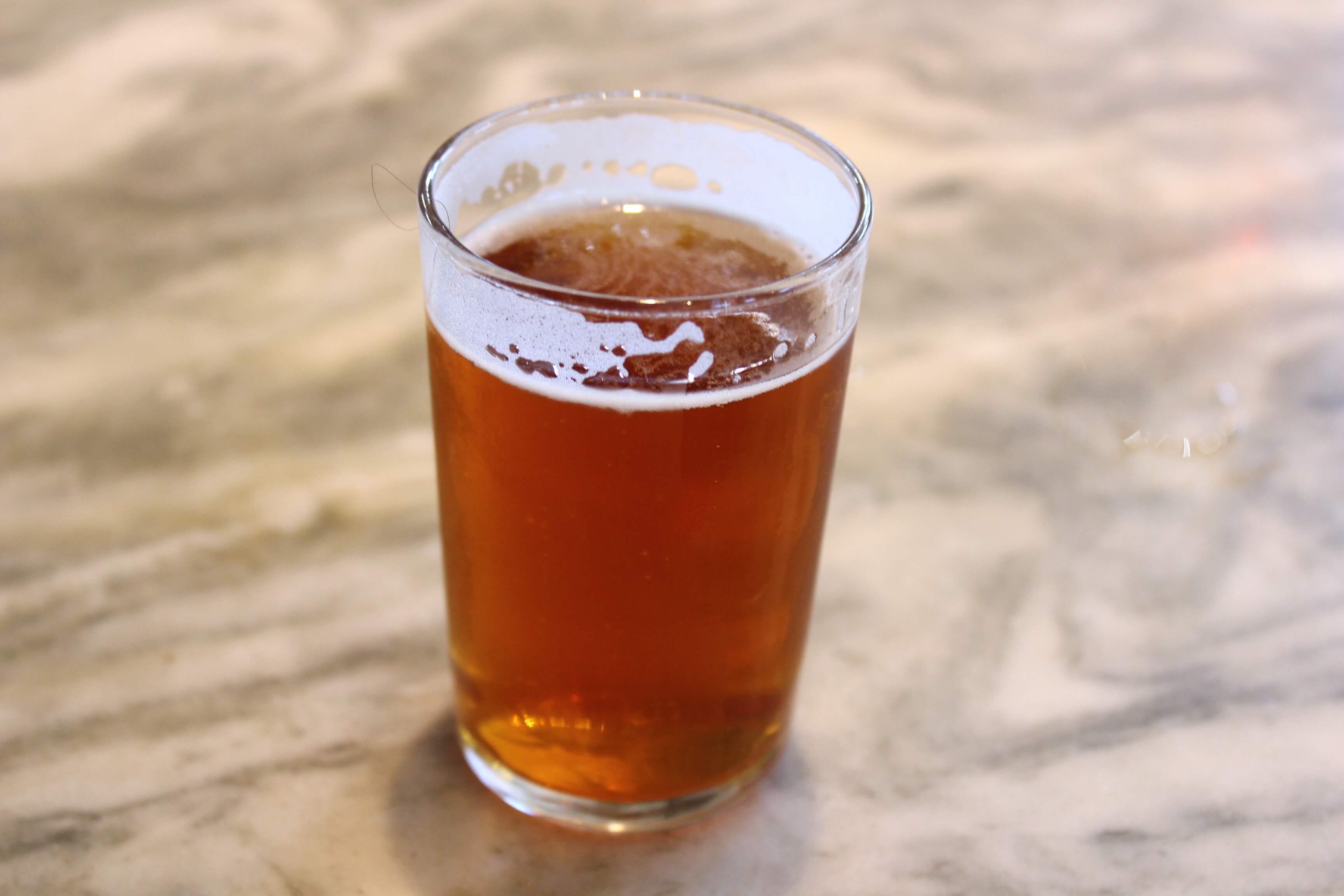 After learning about Anchor Brewing Company’s history it was time to learn about how they make their beers. What I loved about this tour was the fact you could get up close and really see the machines working. 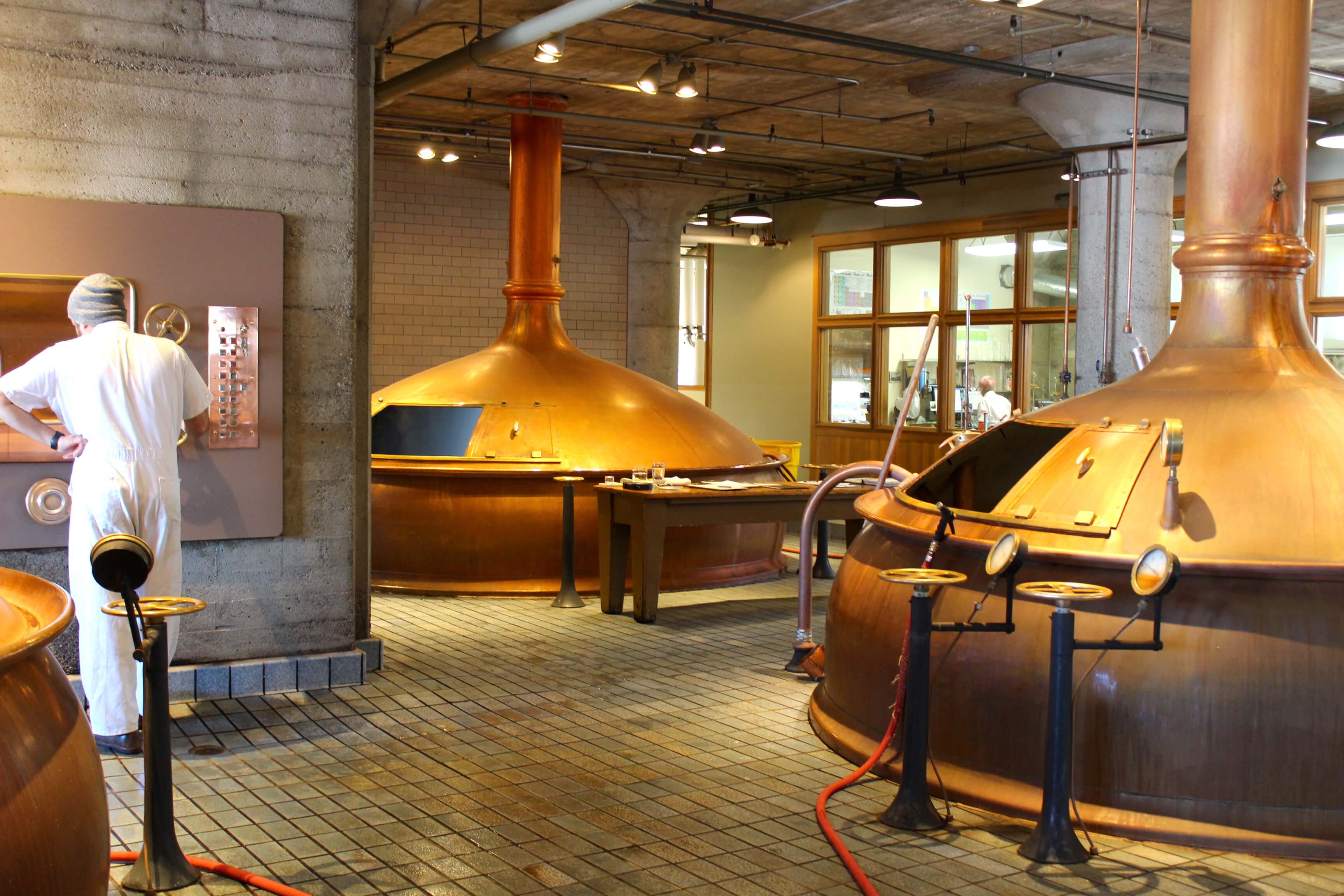 First we walked around the copper brewhouse where the ‘mashing’ takes place. This is how you activate the enzymes and convert the grain starches into fermentable sugars. I’m not sure I entirely understood what they were talking about but I was fascinated watching the machines work. 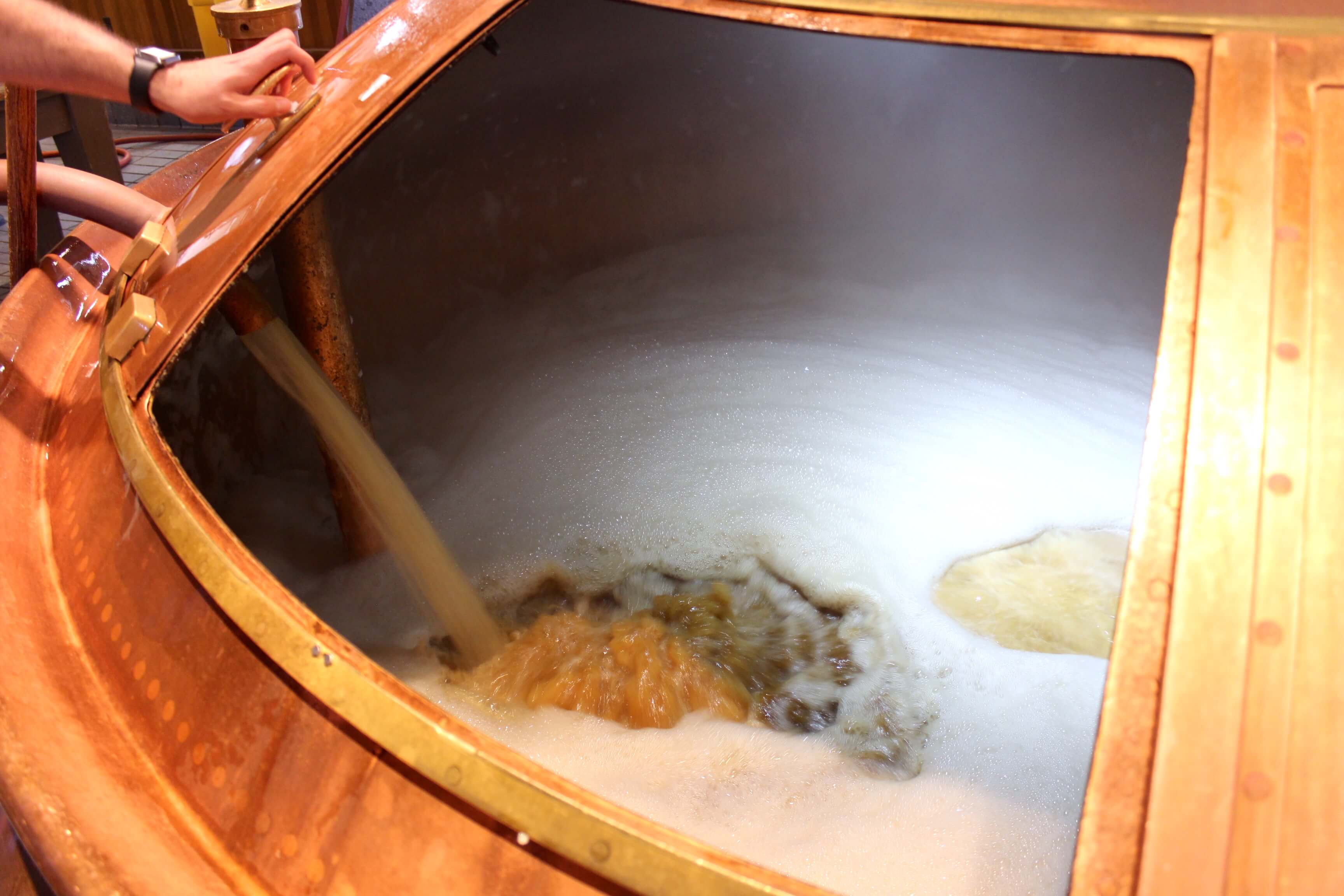 Next we went to see what I would call the most important stage of the beer making process; the fermentation. Why do I class this as the most important? Simply because this is where the beer becomes an alcoholic beverage. Fermentation of Steam beer takes place in shallow, very wide, open fermenting pans. Again, I don’t completely understand the science behind this but this is where the yeast will covert the glucose into alcohol. 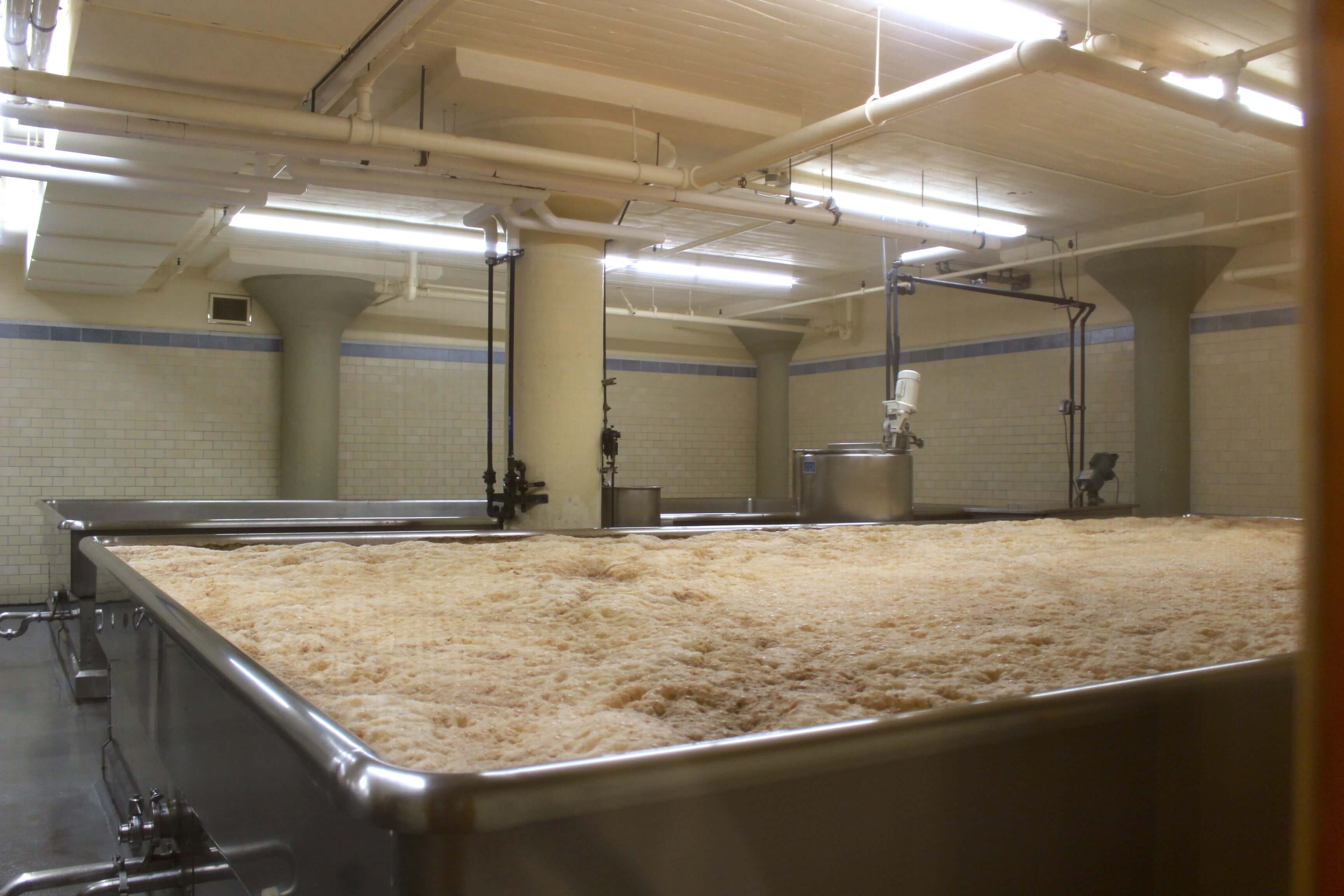 Next on the tour we were taken downstairs to where the beers get bottled. Sadly this wasn’t running the day we did the tour so we didn’t get to see the conveyor belt running in all its glory. 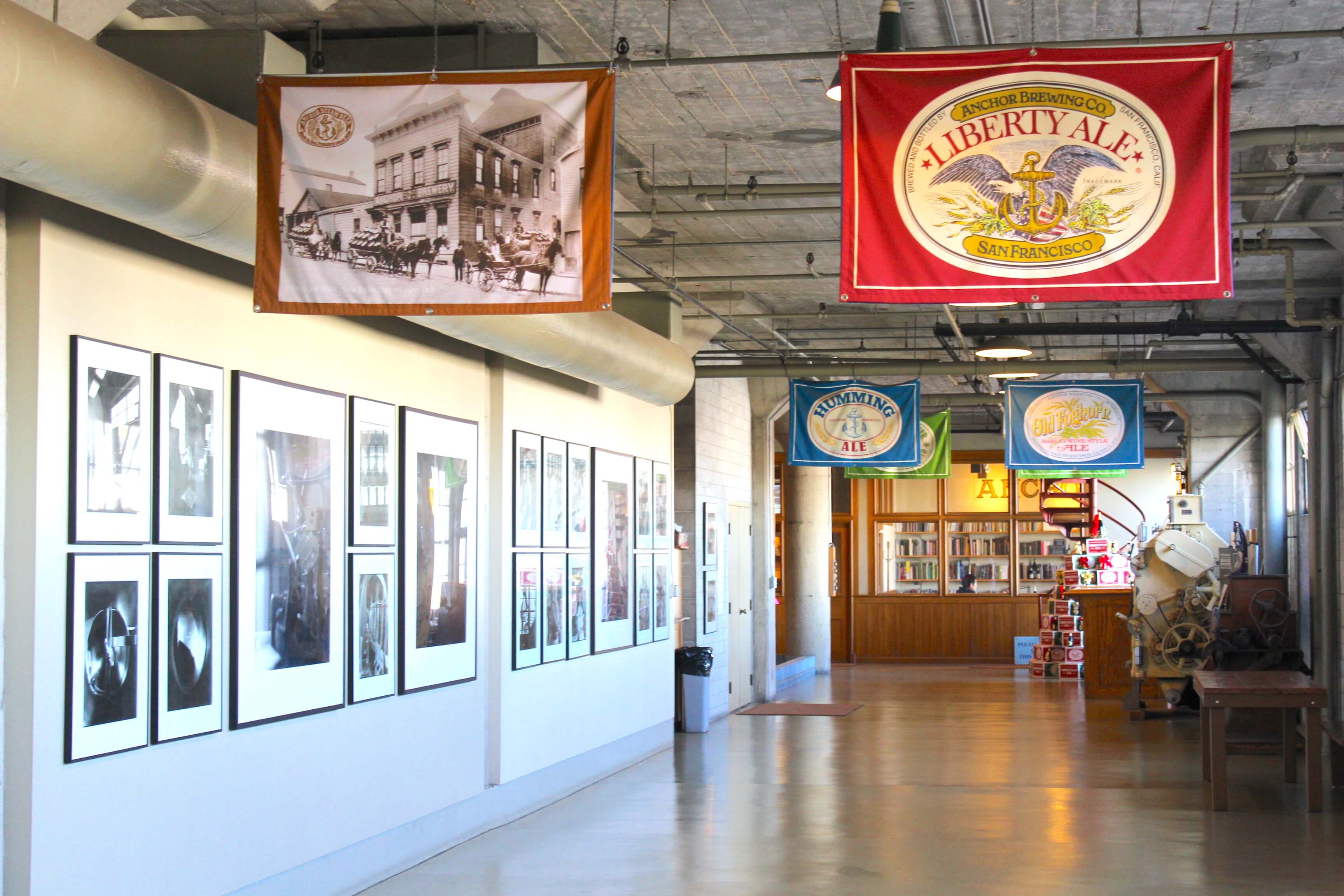 Once we were done with the tour it was time for the beer tasting. We had already tried the two most popular beers at the start of the tour so now it was time to try some of the other beers Anchor Brewing Company have. 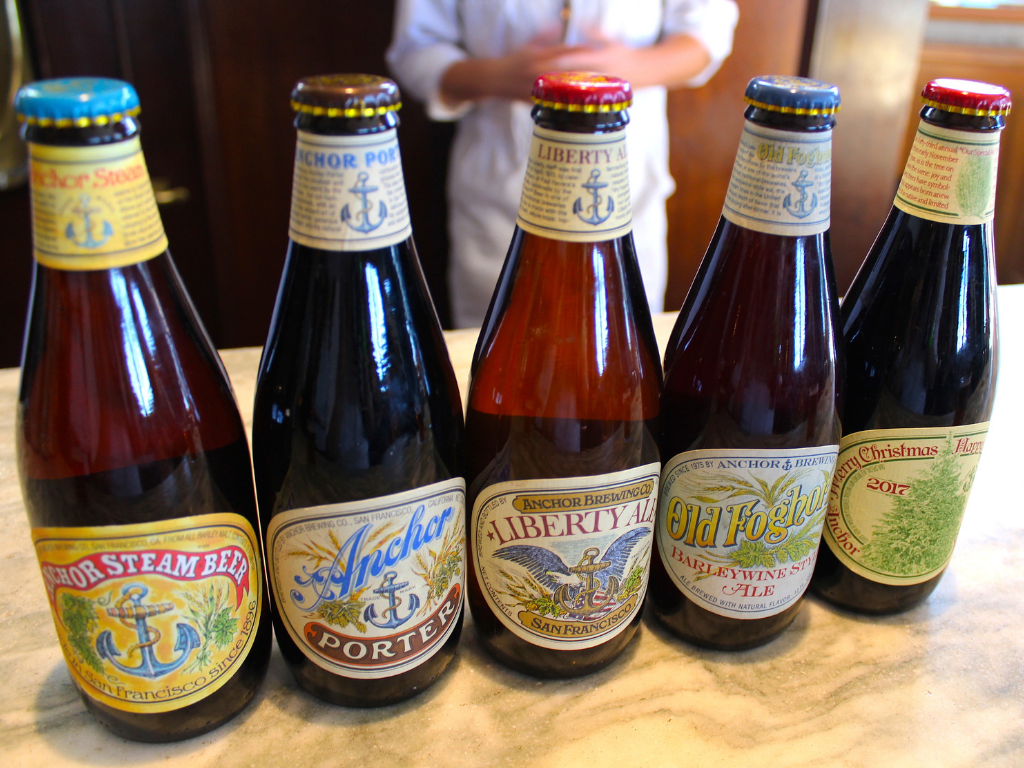 First up we tried the Los Gigantes, a limited edition collaboration brew with the San Francisco Giants. I’ve never known a brewery to team up with a sports team to create a unique beer so this was exciting to try. This is an easy drinking beer that was inspired by the vibrancy and diversity of the city and the Giants’ fan base. 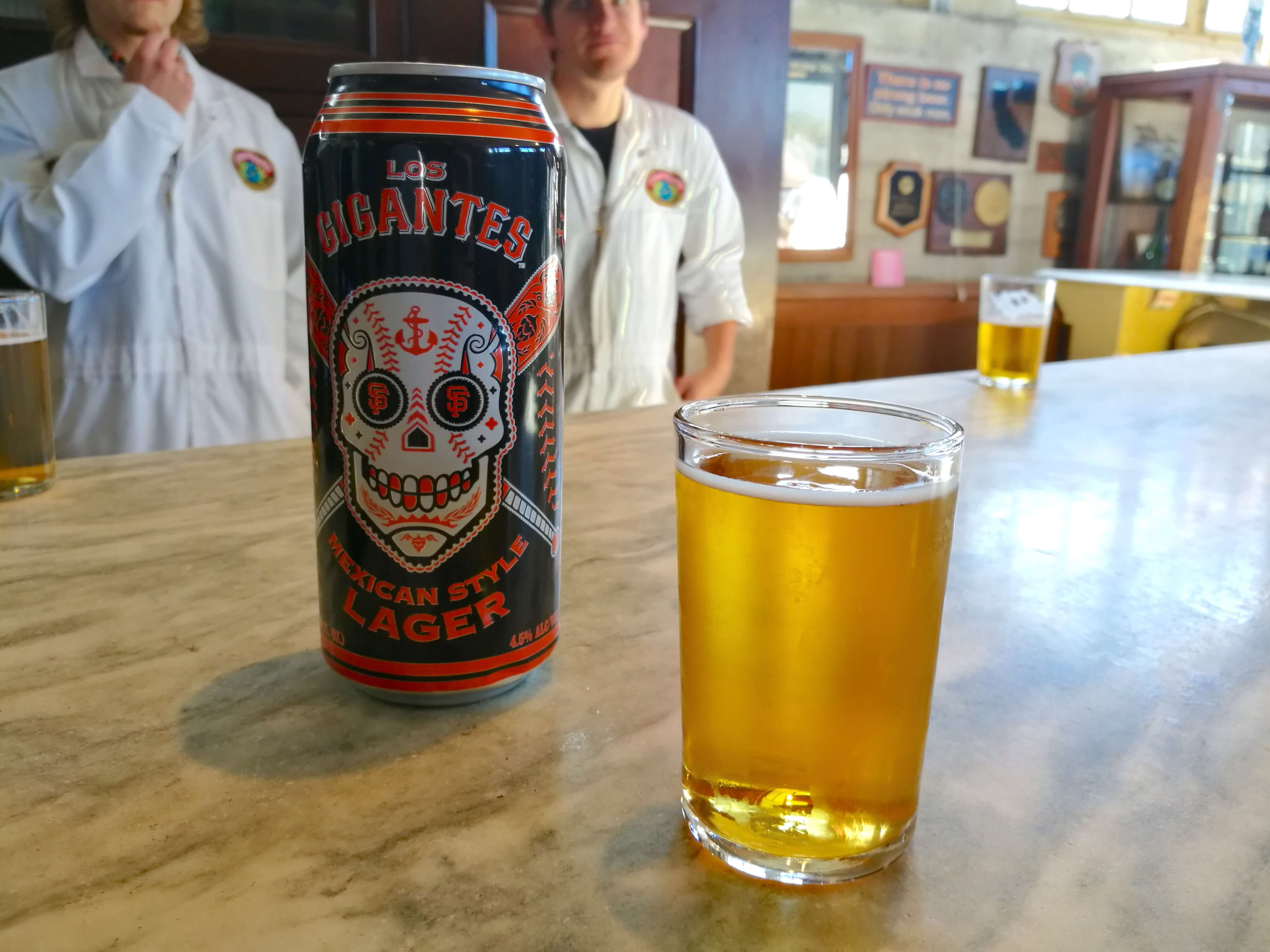 After this beer they decided to change things up. As we were a small group they gave us the option of picking which beers we wanted to try next out of the selection they had. This was pretty cool of them! I decided to try the coffee porter, just because it sounded so weird! Actually, it was really nice and I would happily have it again. 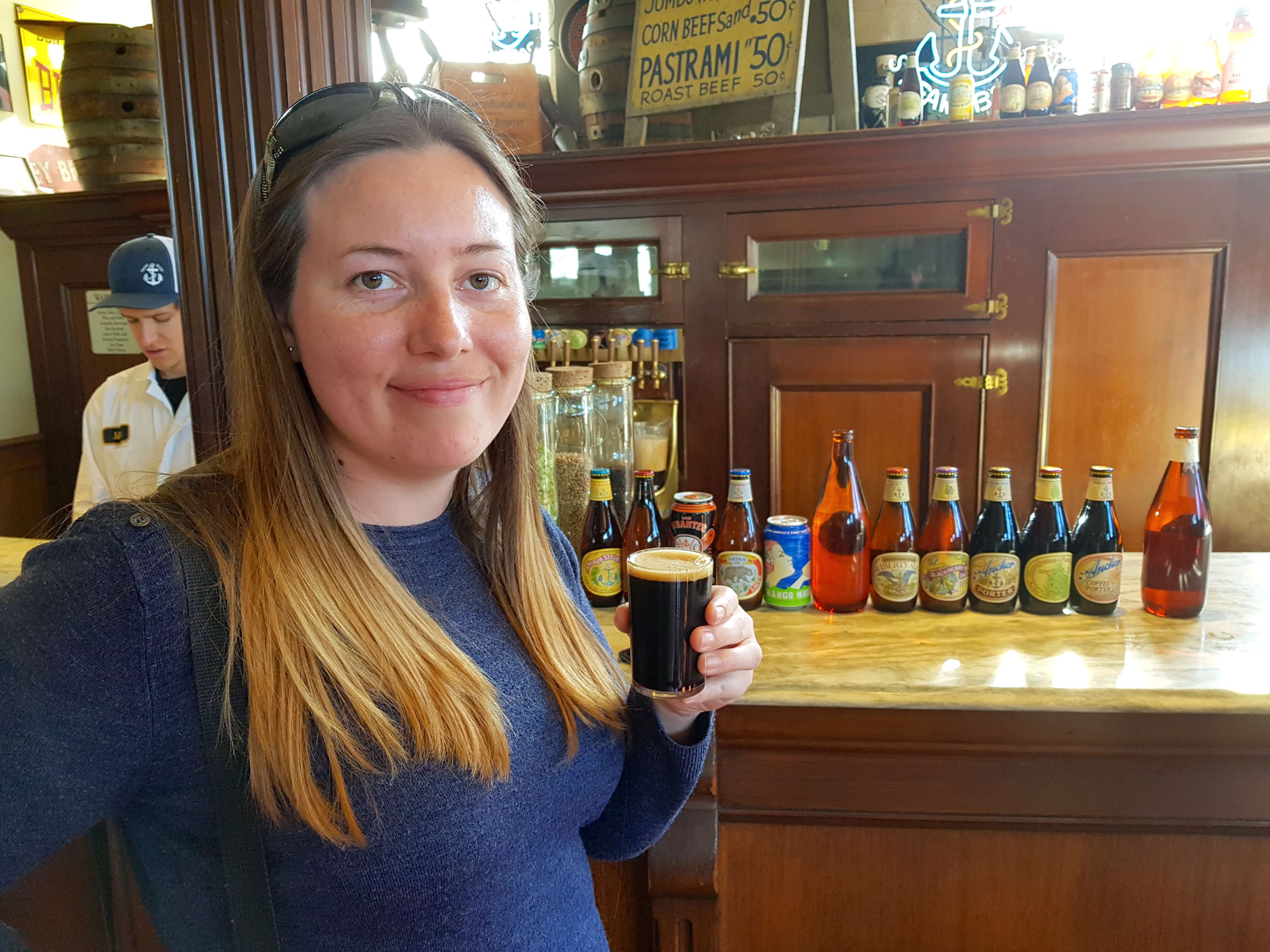 I also couldn’t resist checking out their christmas ale. The christmas ale recipe is changed slightly every year and the 2017 christmas ale was the 43rd annual release. What I really liked about the christmas ale is they also change the label every. In the tasting room there was a cabinet with all the bottle designs in it. 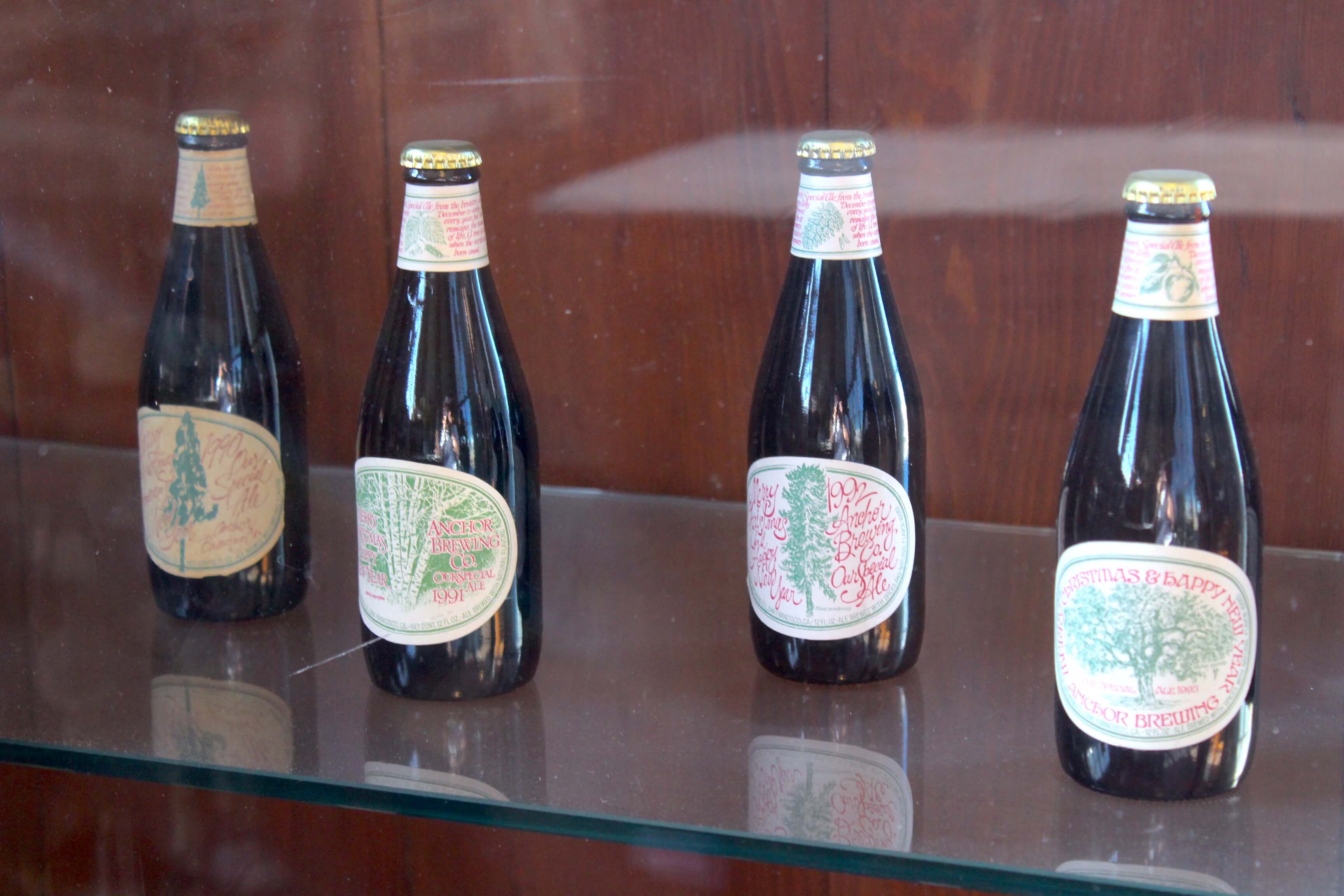 Sadly the tour does have to come to an end but if you want to enjoy more Anchor Brewing Company beers then why not head across the road to the public taps. Sadly we had the Vantigo tour to get to otherwise we would have definitely gone there afterwards. There’s also a food truck there which could be a good way to soak up some of that beer you just had!

*All information correct as of June 2019

Please note that while I was a guest of Anchor Brewing Company, the reviews and experiences written about in this post are 100% genuine. I value you guys too much to lie to you. This blog would be nothing without you and your continued support! 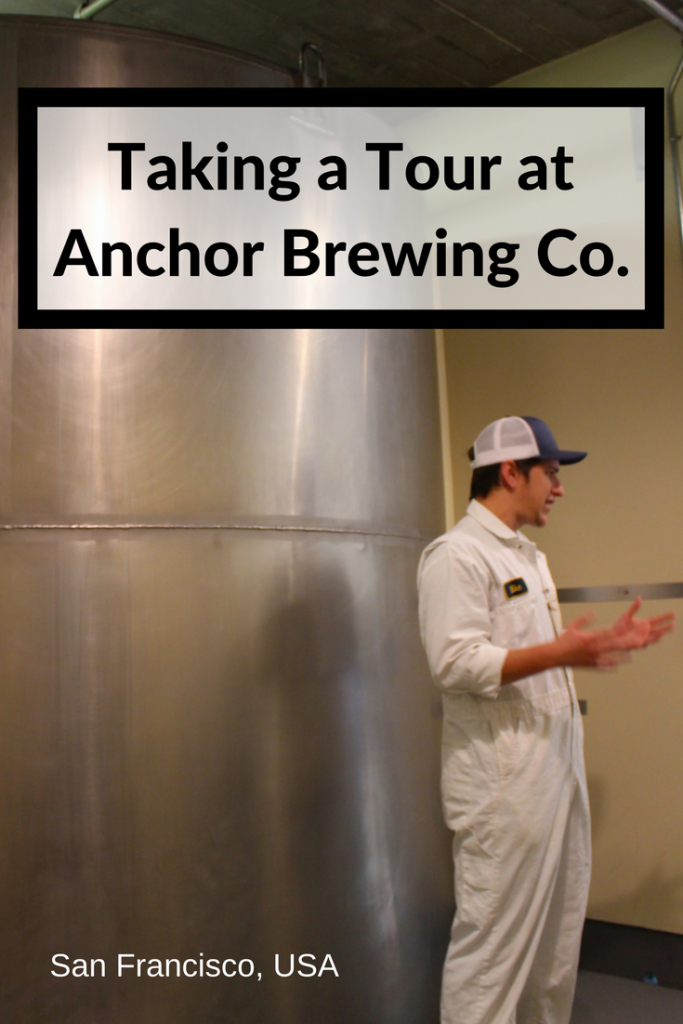 Taking the Meantime Brewery Tour in London
Taking the Tennent Brewery Tour at Wellpark Brewery
Svalbard Brewery: My Visit to the Northernmost Brewery
Beer Tasting at Home with Craft Metropolis